Accessibility links
Is The Deck Stacked Against Black Boys In America? : NPR Ed A new White House report exploring the intersection of race, poverty and justice suggests the answer is still a resounding yes. 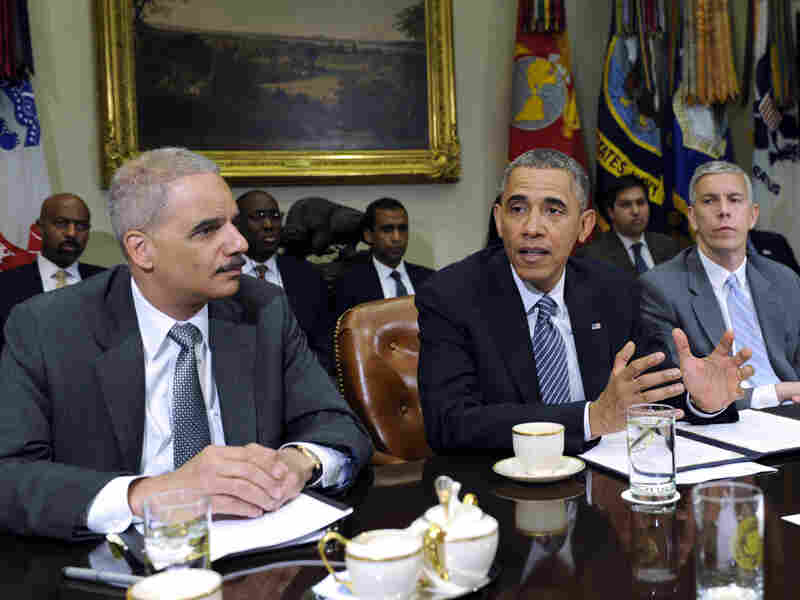 President Obama, with Attorney General Eric Holder and Housing and Urban Development Secretary Shaun Donovan, speaks about a report from My Brother's Keeper, an initiative to expand opportunities for young men and boys of color. Susan Walsh/AP hide caption 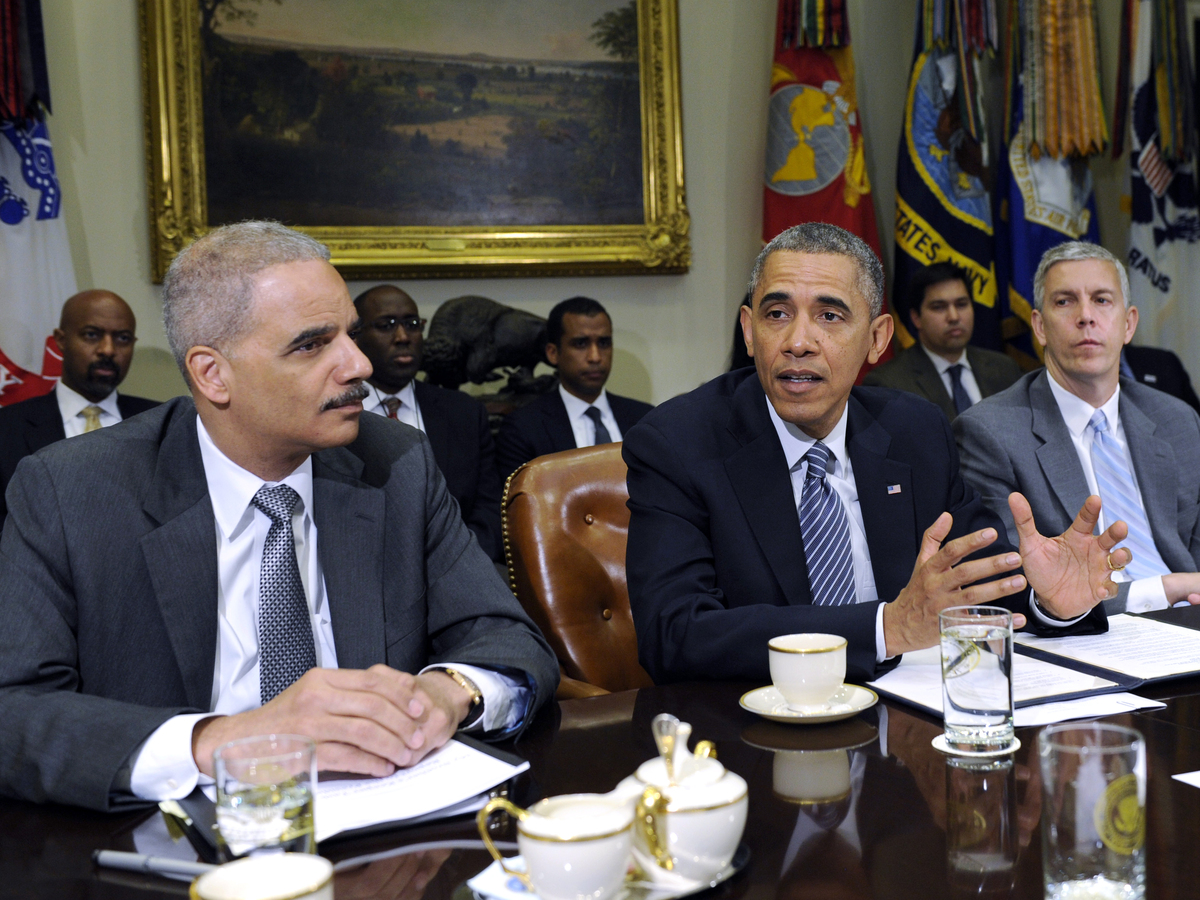 President Obama, with Attorney General Eric Holder and Housing and Urban Development Secretary Shaun Donovan, speaks about a report from My Brother's Keeper, an initiative to expand opportunities for young men and boys of color.

The numbers are grim. Black boys are more likely than white boys to live in poverty, and with a single parent. They're also more likely to be suspended from school and land in prison, and less likely to be able to read.

But what to do about it? That's the question before My Brother's Keeper, a White House task force created earlier this year. On Friday, President Obama released the team's first 90-day progress report. The $200 million, five-year initiative was announced in February. At its inception, Obama traced the idea for My Brother's Keeper to the killing of Trayvon Martin, the Florida teenager whose death sparked a heated, national debate about race and justice.

"We've got a huge number of kids who have as much talent and more talent than I had, but nobody is investing in them," Obama said Friday, one day after discussing the report's findings with his Cabinet. "And I want to make sure that I use this platform, and every Cabinet member here wants to make sure that they use the tools that they've got, so that these young men, young boys, know somebody cares about them, somebody is thinking about them, and that they can succeed, and making America stronger as a consequence."

Among the numbers cited by the Obama administration:

The White House says it hopes to reverse some of these trends by recruiting mentors for boys and young men of color, a key recommendation of My Brother's Keeper. The report also recommends an end to preschool expulsions and suspensions, increasing reading time outside of school, and expanding job opportunities for young men of color.

The task force is focused on several big goals, including improving high school graduation rates and helping more young, black men into college. But data released this week by the Washington-based Center for Economic and Policy Research suggests the challenges for America's black men don't end with a diploma or two. According to the data, in 2013, 12.4 percent of black college graduates between the ages of 22 and 27 were unemployed. For all college graduates in the same age range, the unemployment rate dropped to 5.6 percent.