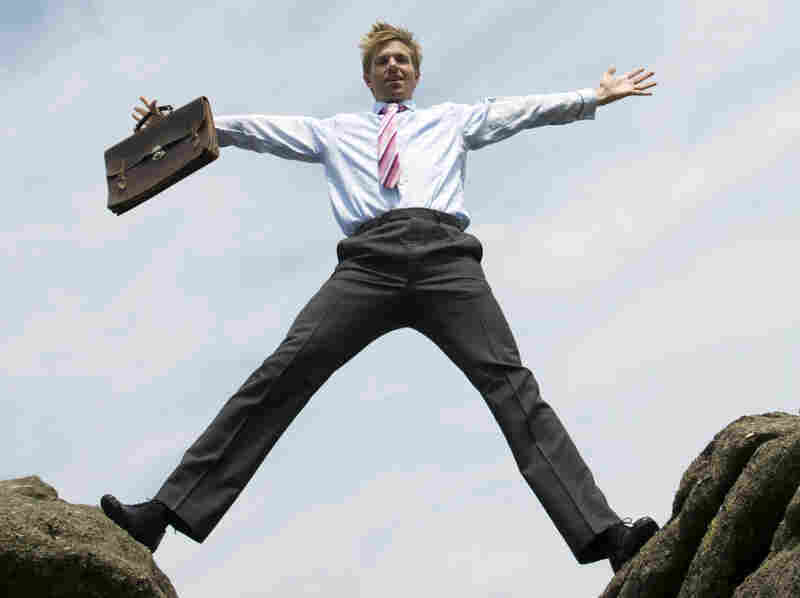 Getting to your first job can require a leap of faith. iStockphoto hide caption 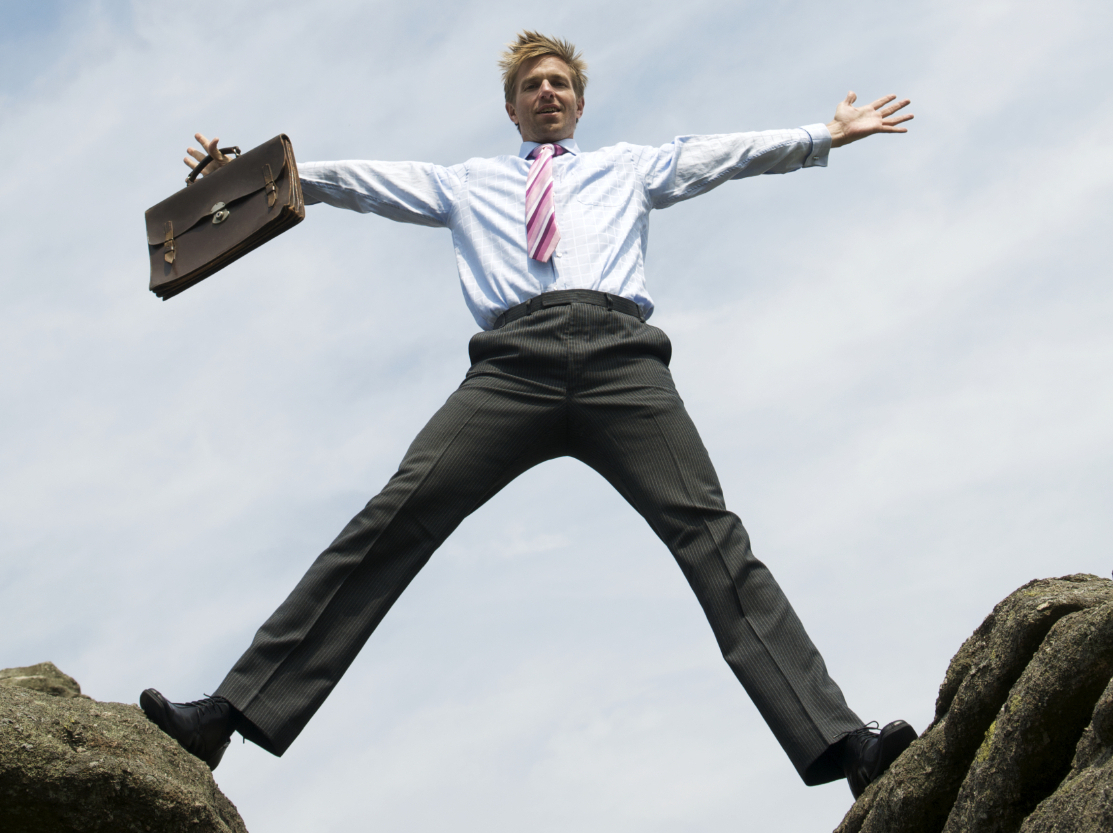 Getting to your first job can require a leap of faith.

Millions of young college graduates are now heading to job fairs. They'll be sweating in their unfamiliar suits in the summer heat. They'll be wondering: Do I really have what it takes to cut it in this job market? New research indicates that employers are just as doubtful.

The latest jobs report contains some reason to celebrate: The U.S. is finally back to the total number of jobs reached six years ago at the start of the recession. But unemployment remains high for the youngest workers. Past research indicates that those who have graduated since the crash are likely to feel some negative effects for the rest of their careers.

When we talk about young workers' difficulty landing that first job, the phrase that comes up most often is "skills gap." Normally this is seen as the failure of educators, from kindergarten on up, to prepare students for the workforce. In response, there's been a redoubled focus on "college and career readiness." The Common Core State Standards are amplifying the message. And changes to the ACT announced this week will provide students with "career readiness" scores.

All that puts the onus on schools to close this gap.

A new survey of 343 executives turned the question around a bit, and asked: What is your company doing to help graduates and new applicants acquire the necessary know-how to succeed?

The research, by The Economist, was funded by the Lumina Foundation and released June 4.

As in previous surveys, employers agreed that there is a gap between the skills they need employees to have, and the skills that prospective employees fresh out of school actually do have.

This isn't just about technical, job-specific skills — the executives listed those fourth on their priority list. Above that were the "Three Cs": critical thinking and problem solving; collaboration; and communication. Coming in fifth? Adaptability and multitasking.

What's most interesting is what the employers say they plan to do to close these gaps. About two-thirds of respondents said they were collaborating with specific higher education institutions, or had done so within the past three years.

What's holding employers back from getting more involved in workforce development and training? Concerns about the bottom line:

When it comes to the form these collaborations take, again, cost concerns predominated. Employers were most likely to favor internships, formal or informal mentoring arrangements, and giving advice to education institutions. They were less likely to embrace options that cost more money, such as part-time jobs, (paid) apprenticeships, or offering actual assistance with career services and placement.

The Lumina Foundation and The Economist issued a call for new ideas to help employers translate desired skills into educational objectives. They've created an "innovation challenge" with a $10,000 prize.