Accessibility links
The One Thing Obama Didn't Say About Student Loan Repayment : NPR Ed The president's order expanded the number of people whose student loan payments will be capped at 10 percent of their monthly incomes. But here's the fine print of his announcement.

The One Thing Obama Didn't Say About Student Loan Repayment

The One Thing Obama Didn't Say About Student Loan Repayment 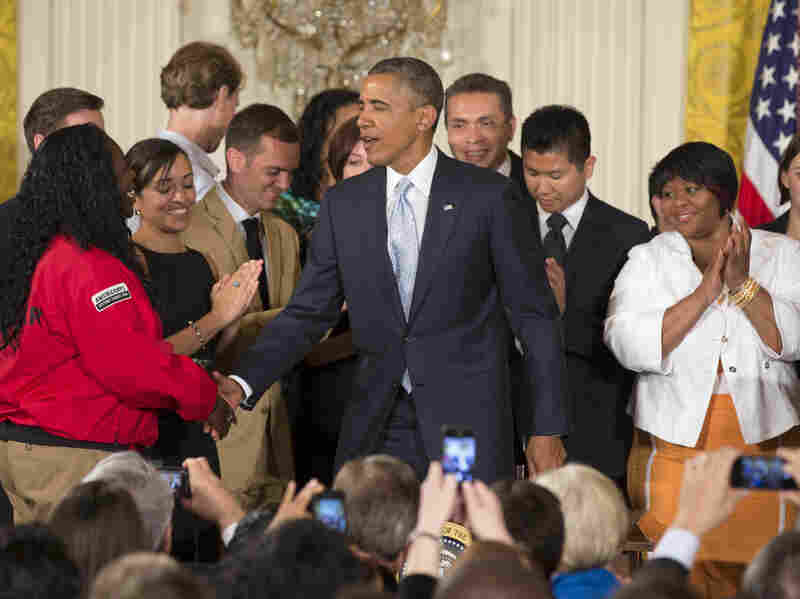 President Obama signed a presidential memorandum he says could help an additional 5 million student loan borrowers — but only if they hear about it. Jacquelyn Martin/AP hide caption 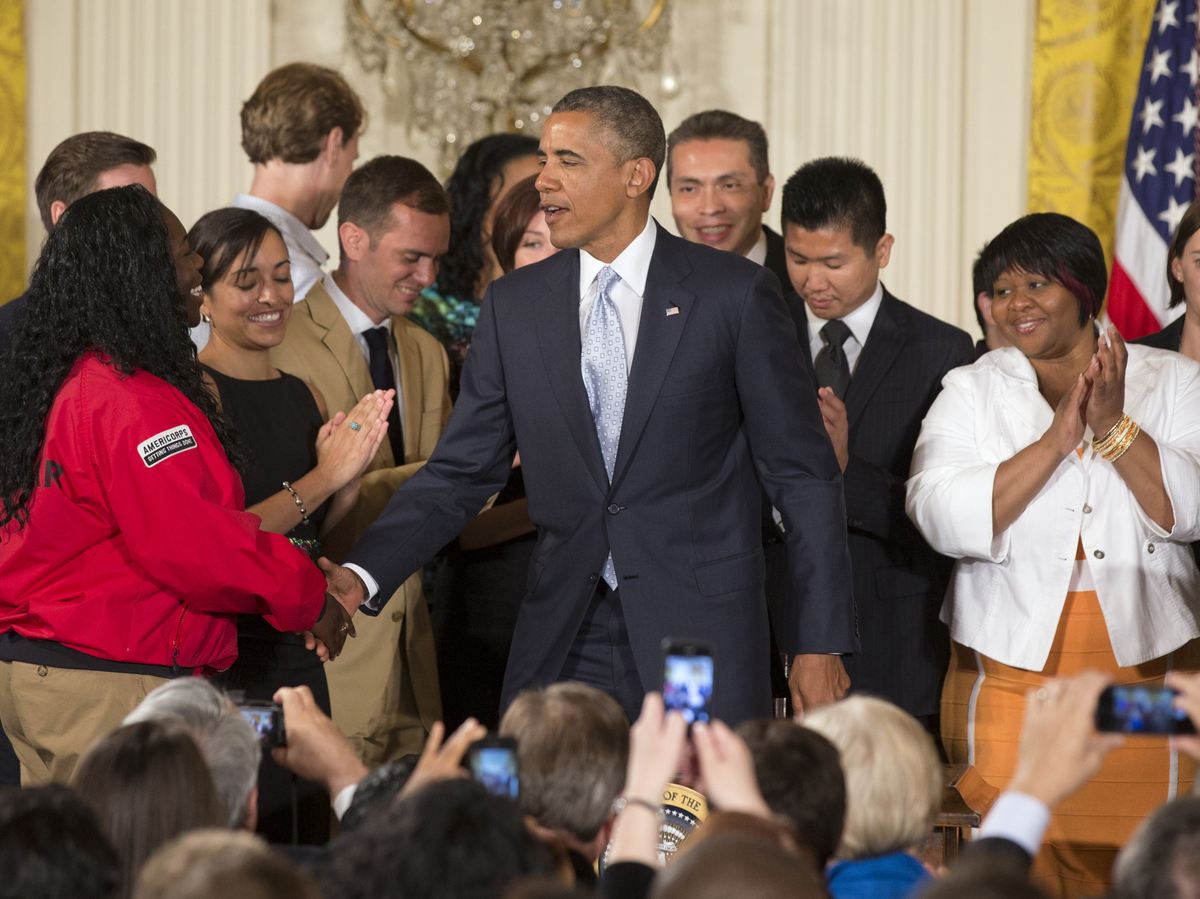 President Obama signed a presidential memorandum he says could help an additional 5 million student loan borrowers — but only if they hear about it.

President Obama made big news today for student loan borrowers. He said he'll use his executive power to expand a program called Pay As You Earn, which limits borrowers' monthly debt payments to 10 percent of their discretionary income. Under the program, loans don't just get less expensive; they can actually disappear. The balance of a loan is forgiven after 20 years — 10 years if the borrower works in public service (for government or a nonprofit).

Pay As You Earn has been around since 2012. It's inspired by the higher ed finance systems in countries like Australia, where university students pay nothing upfront and a percentage of their income after graduation. With the announcement, Obama extends eligibility for the program to an older group of borrowers: those who borrowed before October 2007 and have not borrowed since October 2011.

This is the kind of announcement that makes for feel-good headlines, but, once the news cycle has passed, how much will have really changed? The fact is, there's been a serious flaw with the program up to this point: few people have actually signed up for it.

Thirty-seven million Americans are currently shouldering some kind of student loan debt. It's difficult to calculate exactly how many of them would be eligible for the Pay As You Earn expansion, but a White House fact sheet says "most" of today's borrowers would qualify. If you look at public service loan forgiveness alone, about a quarter of the workforce qualifies.

As we said, Pay As You Earn isn't exactly new, and last year, enrollment did grow almost 40 percent. But the total number of borrowers now signed up is still just 1.6 million. Remember — 37 million Americans are carrying some kind of student debt. That means quite likely the vast majority of those who could get help paying off their loans just aren't asking for it.

It seems people don't enroll in Pay As You Earn for two reasons. I hear from struggling borrowers all the time who are either a) unaware of the program or b) have had serious trouble signing up for it. When it comes to awareness, the government simply hasn't promoted the program the way it did, say, the rollout of the Affordable Care Act.

And, anecdotally, borrowers who do hear about the program and try to sign up often run into obstacles and obfuscation from the companies that service their loans.

These loan servicers, led by Sallie Mae, are private-sector middlemen in the student loan business. They collect the borrowers' payments and fees. On the back end, they also repackage and securitize the loans. Many servicers used to originate federally subsidized student loans themselves, before President Obama cut them out of that side of the business in 2009.

But these lenders turned federal contractors still have a lot of control over borrowers. And it's not in their short-term business interests to lower monthly payments. Even if borrowers fall behind on those payments — or go into default — servicers still get paid handsomely.

The Obama administration acknowledges the problems in the fine print of its announcement today. One response: The government says it will partner with Intuit and H&R Block, telling borrowers about Pay As You Earn when they're doing their taxes.

The Department of Education also plans to "renegotiate its contracts with federal loan servicers to strengthen financial incentives to help borrowers repay their loans on time, lower payments for servicers when loans enter delinquency or default, and increase the value of borrowers' customer satisfaction when allocating new loan volume." Translation: The feds will penalize servicers who delay or deny help or otherwise incur complaints from borrowers, by steering new business away from them.

The expansion of Pay As You Earn won't achieve its stated goal unless this part of the work is taken seriously. Because, up to this point, borrowers haven't just had to be in debt to enroll ... they had to be savvy, resourceful and downright persistent.