Accessibility links
iPads In Special Ed: What Does The Research Say? : NPR Ed There are 8 million iPads in the classroom, but only a few thousand studies of their effectiveness.

iPads In Special Ed: What Does The Research Say?

iPads In Special Ed: What Does The Research Say? 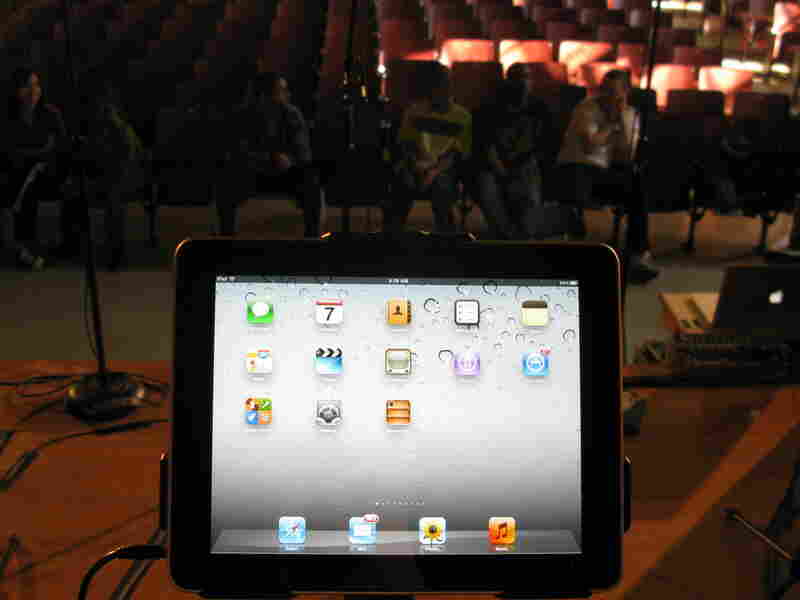 An iPad in a classroom. So what? Eric Westervelt/NPR hide caption 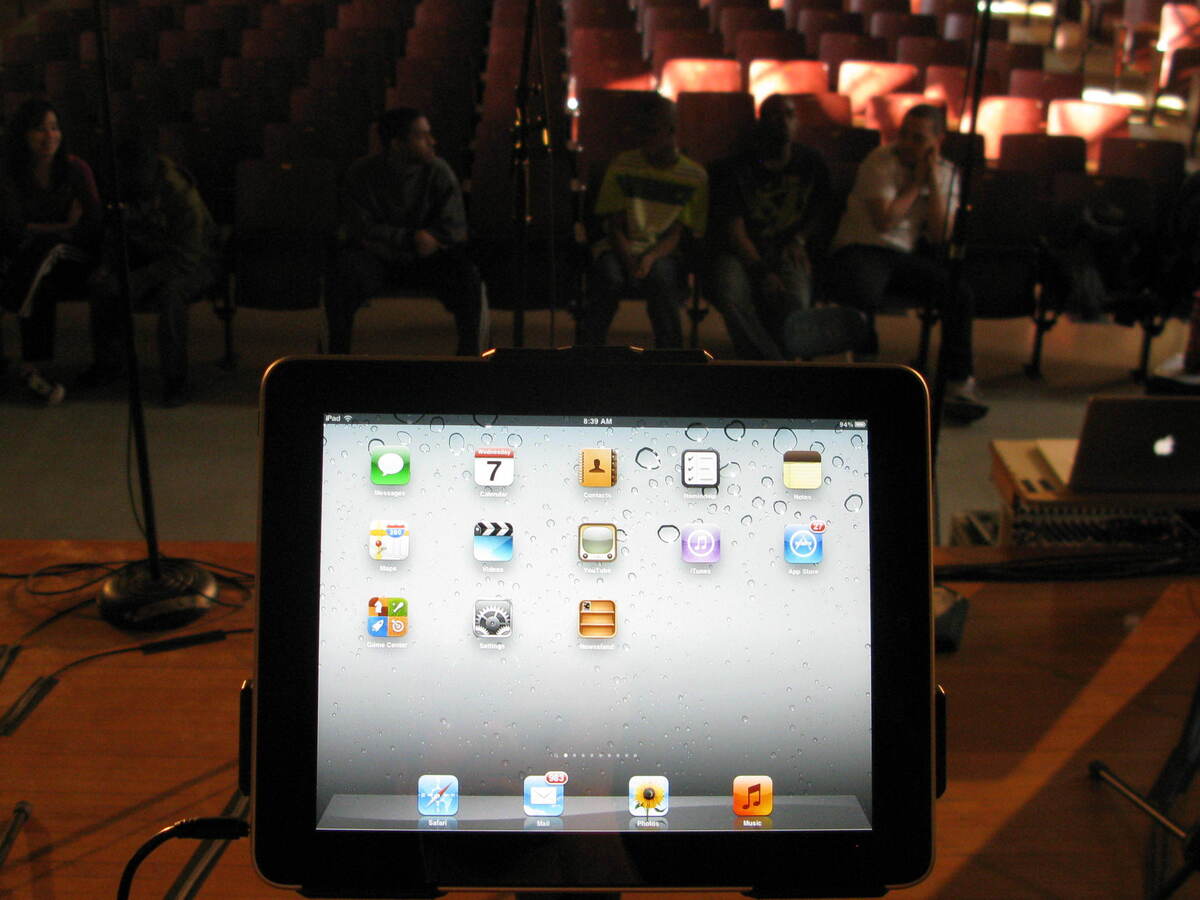 An iPad in a classroom. So what?

This week, NPR Ed's Eric Westervelt visited a special education classroom in New York City where iPads are being used in a novel way. Students with a range of severe disabilities, including developmental, mental, physical and autism spectrum disorders, are using apps alongside traditional instruments to help express themselves through music.

Teachers there saw improvements not only in students' musical knowledge and performance skills but also in their motivation, communication skills and the strength of their social bonds. The changes showed up in everything from little things, like saying hello to each other, to big things, like dreaming of a future as a touring musician.

The story was a lovely ray of light in a perpetually dark news cycle. It also fits into a common genre these days; we'll call it the "Optimistic Take on the Power of the Classroom iPad." I've done one myself. Just last year, I reported on a classroom in Los Angeles where an iPad had replaced a $15,000 custom assistive technology setup, enabling a student with control over only one finger to communicate.

Eric, of course, noted in his piece that the evidence here is mostly anecdotal. But we wondered: what do researchers say about whether the iPad is contributing meaningfully to kids' classroom experience?

The first widely marketed touchscreen tablet computer, the iPad is still relatively new. It was introduced in the spring of 2010. Over four short school years, 8 million of the tablets have been sold to classrooms worldwide. During Apple's most recent quarterly earnings call, CEO Tim Cook claimed iPads have 95 percent of the classroom tablet market — a market Apple essentially invented — and that this is a crucial market niche going forward, as it represents more than $1 billion in annual revenue.

"The focus in education is on penetration, is on getting more schools to buy and my belief is the match has been lit, and it's very clear to the educators that have studied it is that student achievement is higher with iPad in the classroom than without it."

But we should hardly take Cook's word for it. Let's go to the literature.

The published studies of classroom iPad use – in special education, specifically — are eye-opening. But not because they're "clear." Because they're all so... tiny. The number of studies is small. Their sample sizes are miniscule. And the measurable effects are pretty small too.

I reviewed a dozen published research studies on the use of iPads with special ed students. iPads are being tested with students from kindergarten through the college level both as basic communication devices for students with limited verbal skills, and to teach math, science, reading, and other subjects.

To understand just how limited these studies are, keep this in mind: 6.4 million students in the U.S., aged 3-21, have some kind of learning disability. That's about 13 percent of all public school students. Yet most of the papers now being published look at fewer than ten students. One "surveyed" a dozen special education teachers. This small sample size matters because special education students vary so widely in their needs and abilities. There is no typical or representative learning disabled student.

The other takeaway, as I said, from looking over these studies is that the advantage found from using the iPad was often small or mixed. It's hard to talk about statistical significance when the sample size is in single digits. One study of just five elementary school students compared the use of an iPad communication app to a simpler, less expensive system using picture cards. Some students did better with the iPad. For others there was no detectable difference.

One word shows up a lot in these iPad studies: "engagement." Simply put, introducing an iPad into a classroom seems to get kids excited and focused. According to one study, "results were mixed for math skill development but indicated an increase in independent task completion as demonstrated by a decrease in noncompliant behaviors and teacher prompt levels." In other words, students didn't necessarily learn more but acted up less and stayed on task.

But it's not clear if this kind of bump in engagement is unique to the iPad. It could easily be true of just about any nifty, new gadget. It's also not clear if the bump lasts once the gadget's newness has worn off.

And is that bump – perhaps lasting, perhaps short-lived — a big enough benefit for school districts to invest in tablet computers en masse? Anecdotally, of course, reports like Westervelt's show: in the hands of gifted teachers, iPads, like other technology, can bring real advantages to students. But the gaps in the literature, at this point, make it hard (and dangerous) to draw any broad or meaningful conclusions about the iPad's place in our schools.

In future What Does the Research Say? posts, NPR Ed will continue to take a critical view of the state of the art in educational research.