Move Over Books: Libraries Let Patrons Check Out The Internet

Move Over Books: Libraries Let Patrons Check Out The Internet

Imagine being able to walk into a public library and check out a Wi-Fi hot spot as if it were just another book. Soon, patrons in two major U.S. cities won't have to imagine it.

The public library systems in New York and Chicago won funding from the Knight Foundation to experiment with the idea of hot-spot lending. Both say they hope the move will help them expand Internet access among low-income families. 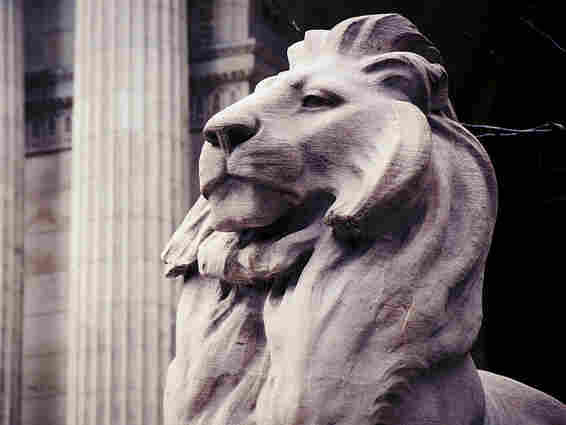 The New York Public Library found that 55 percent of its patrons reported not having broadband access at home. Jeffrey Zeldman/Flickr hide caption 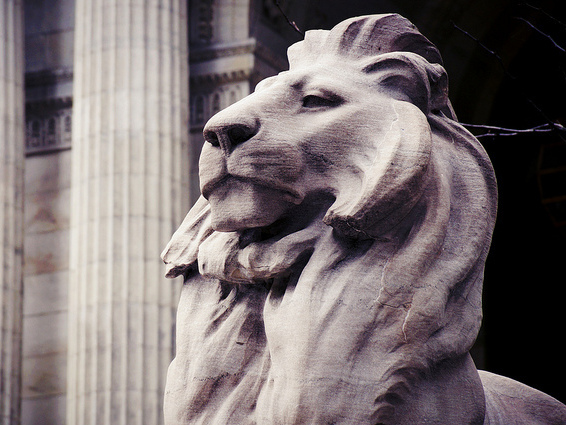 The New York Public Library found that 55 percent of its patrons reported not having broadband access at home.

"Because many Americans find themselves unable to afford quality Internet at home, they are caught on the wrong side of the digital divide," the New York Public Library's pitch reads. This chasm presents an obstacle to participation in America's $8 trillion digital economy and deprives the Internet of contributions from these individuals.

New York is already experimenting with the idea — it currently operates a pilot program with approximately 100 families through four branches in the Bronx and Staten Island. And it hopes to expand dramatically by targeting families that are currently enrolled in library after-school or adult-learning programs.

New York Public Library President Tony Marx said it is "unacceptable that many of the most vulnerable New Yorkers would be left behind," and he argued that Internet access is necessary "for almost any important task."

The library did its own accounting of New York's digital divide and found that 55 percent of patrons reported not having broadband access at home.

The fact is, long before this pilot program, the nation's libraries have been the only way for many Americans to access the Internet.

Fifty-six percent of adults who can't get online at home say library Internet access, printers and other technology are "very important" to them and their families, according to a 2013 Pew survey. Those numbers are higher for blacks and Latinos than they are for whites. Fifty-seven percent of blacks and 54 percent of Hispanics said Internet and computer access at the library was "very important," compared with 24 percent of their white counterparts.

Chicago, like New York, plans to target low-income communities and is focusing on six neighborhood libraries. Patrons there will be able to rent a hot spot for three weeks at a time. If families lack a computer, Chicago also plans to launch a program to loan those in combination with the hot spots.

Giving patrons — particularly those who are low income — the ability to "check out" the Internet seems a simple solution to improving Internet access across the country, particularly if the program expands beyond these two metro areas. (New York is working with the state libraries in Kansas and Maine to see how a similar program could work in a less populous area.)

But, as Annie Murphy Paul points out, increasing Internet access doesn't automatically bridge the digital divide. In some cases, it can make it even wider.

Researchers are now starting to see a digital version of the "Matthew Effect" — put simply, the rich get richer while the poor get poorer. Translate that to the world of ed tech, and it means that kids who come from privilege generally gain more from tech access than their less privileged peers. Why?

"Poor children also bring less knowledge to their encounters with computers. Crucially, the comparatively rich background knowledge possessed by high-income students is not only about technology itself, but about everything in the wide world beyond one's neighborhood," Paul writes. "Not only are affluent kids more likely to know how to Google; they're more likely to know what to Google for."

It isn't entirely a problem of access. These days many low-income families have at least some access to tech, whether it's through the public library or a smartphone. It's about use and participation, what you do with it when you get it home.

In short: challenges and questions aplenty to building a lasting bridge across the digital divide. But one thing's clear: building begins with access.