Asking Kids With Special Needs To Clear The Same Bar

Asking Kids With Special Needs To Clear The Same Bar 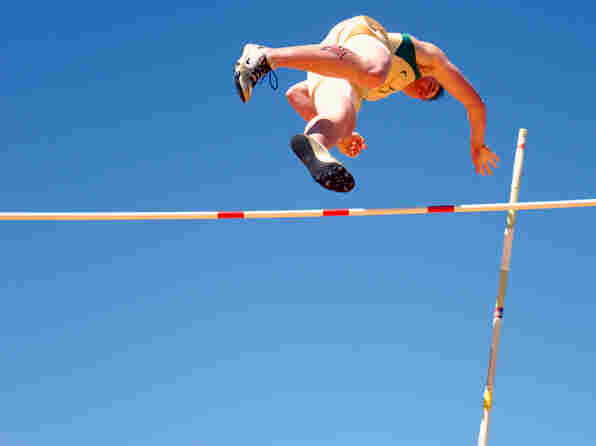 Keeping expectations high while also adjusting them for each student's abilities is a challenge. William Pacheco/Flickr hide caption 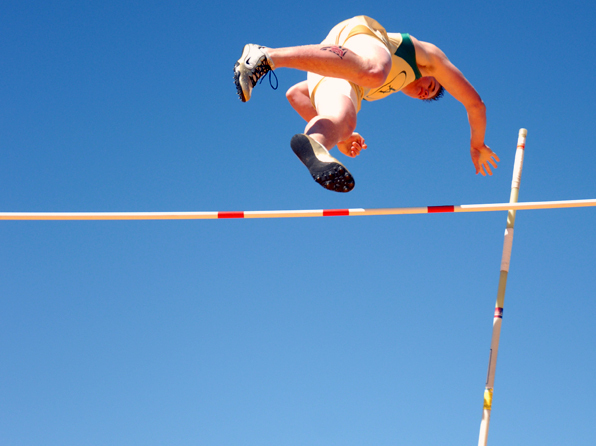 Keeping expectations high while also adjusting them for each student's abilities is a challenge.

Jackson Ellis will soon head to fourth grade. Diagnosed with autism spectrum disorder, he's been receiving publicly funded services since he was 15 months old. Jackson's mother, Rebecca Ellis, a single parent, has made education advocacy her career. She's fighting to make sure her son gets the help he needs at his Mandeville, Louisiana public school. That's always been an uphill battle. But, since the state adopted the Common Core State Standards, Ellis says, it's become even harder.

"There's always been a gap — academically, socially — between what he could do and other kids could do," she says. "When the standards changed, the gap grew into this canyon overnight."

NPR Ed recently reported on a big announcement from Secretary of Education Arne Duncan about the federal government's changing role in overseeing special education. While the Common Core standards are not federal policy, Duncan's message certainly lined up with the Core: states must set goals for what special ed students are actually learning, which tends to be measured by standardized tests, and they should stick to "high expectations" and a "robust curriculum." This is in contrast to the current "compliance model," where the Feds' role is simply to check that states are providing support and access to the curriculum for students like Jackson Ellis.

One sentence in that story leapt out at me and to several commenters on our blog:

"Two-thirds of students with disabilities are performing well below grade level in reading and math. By the eighth grade, that figure rises to 90 percent."

At first blush, isn't performing below grade level expected for those with a learning disability? And, as expectations rise year after year, isn't it fair to expect that more and more of these students would fall behind?

To answer those questions, we need to clarify exactly who Duncan is talking about. According to the National Center for Education Statistics, 13 percent of public school students receive services under the Individuals with Disabilities Education Act. Of those kids, 36 percent have "specific learning disabilities." Twenty-one percent have "speech or language impairments." Another 22 percent have autism, intellectual disabilities, a developmental delay, or multiple disabilities. Very few have hearing, vision, or motor issues alone.

So what, exactly, does it mean then to interpret and apply a norm such as "grade level" to students who are manifestly different from that norm?

I spoke to four people charged with making that interpretation: a political leader, a former Department of Education official, a member of one of the Common Core assessment consortia, and Ellis.

In general, Rebecca Ellis says, she's a fan of the new shift in policy.

"I agree that something should be done to increase proficiency in reading and math and that students need to be making progress and not just accessing the curriculum. States need higher expectations for students with disabilities."

But, when it comes to specifying what students are learning, that usually involves standardized tests. And Ellis doesn't think it makes sense to enforce those expectations based on the results of one or a few tests.

"I see that students could suffer consequences for a state's inability to move the needle on a single assessment through loss of special education funding. Some students will never be proficient on standardized assessments. Deciding everyone should jump over a bar set at one height doesn't make it possible."

Louis Danielson was in the Department of Education's Office of Special Education Programs from 1976 until 2008. He's now at the American Institutes for Research. He says Duncan's announcement is part of a trend dating back to 1997, when the federal Individuals with Disabilities Education Act was reauthorized to require states and localities to give assessments to special ed students for the first time. Still, he says, what's happening now is new.

"The fact that the secretary announced this indicates the Department is quite serious about this. States are going to be required to identify outcomes. And the Department's budget request asked for a funding stream with competitive grants for states. This sounds a bit like a Race to the Top for kids with disabilities."

Danielson says that a focus on achievement — i.e. test scores — is reasonable for kids with specific sensory impairments like visual, hearing, or fine motor control; even ADHD or high-functioning autism. Given the right supports, they should be expected to perform well and will benefit if schools are held to a higher standard.

But, as we've established, many students in special ed, as you would expect, have learning-specific disabilities. When I ask whether it makes sense to expect these students to perform at grade level, he concedes: "If they are doing well academically, they're probably going to exit special ed."

Danielson says that dropout rates may be a better indicator of how kids with disabilities are doing in school than test scores alone.

"What the dropout rate leads you to focus on includes more than academic measures; it includes behavioral measures as well. It's important we address an array of things beyond just achievement."

Dr. Magda Chia is the Director of Support for Underrepresented Students for Smarter Balanced, one of the two multi-state consortia charged with creating new standardized tests that align to the Common Core. It has been her job to help decide what kinds of special accommodations should be built into the computer-delivered tests and when they should be used.

"We're no longer saying that all students who are a member of a particular subgroup get certain resources," she says. Having a computer-delivered test "allows us to customize the test at the student level."

For example, any student can adjust the size of the type on the screen or use the strikethrough tool when trying to eliminate multiple choice options. Teachers can turn on text-to-speech for any student who, in his or her judgment, needs it. But only students with a documented need can use speech-to-text to put in their answers.

"I don't think anyone can deny that the standards are more rigorous than I think we've seen in this country in the past," Dr. Chia says. But she argues that after a necessary transition time, the Common Core and its tests will enable teachers of students in special education to see past specific impairments and drill down to what's really important.

"For example, if we're no longer testing computation for certain grades, why can't we have a calculator? If we're looking at writing ability rather than reading ability, why shouldn't we allow text to speech? With such concrete standards, it allows us to make sure that what we're testing is in line with that standard."

Sara Gelser is a Democratic Representative in the Oregon State Legislature. She is also the mother of a 19 year old son with intellectual disabilities. She got involved in politics through special ed advocacy and her local school board. Rep. Gelser calls the new federal enforcement and monitoring "exciting."

"The biggest problem that I see in special education is a persistent set of low expectations. I believe that every kid can learn regardless of disability," Gelser says. "Arne Duncan is exactly right. If kids are given access to high quality instruction, the majority of them will be able to graduate with diplomas. I think it is the right direction. Under the old way, schools were held accountable for meetings held and boxes checked on forms. There wasn't the way to look at, are kids actually making progress."

Is it reasonable to expect kids with disabilities to perform at grade level? Rep. Gelser echoes Danielson's point about diversity. She notes that in her state only about 14 percent of children with Individualized Education Programs or IEPs, designating them special ed, have significant, severe disabilities. The rest have specific impairments like dyslexia, ADHD, or motor control issues. These are the kinds of issues that can and should be properly accommodated, she says, not used as an excuse by either student or school.

Rep. Gelser is, however, concerned about flexibility, particularly in the use of standardized tests. She was instrumental in passing a state law this spring that should allow more kids with IEPs to go to college, by making it clear that they should have access to the same kinds of accommodations on the state high school exit exam as they did in the classroom, and as they will in college — things like large print, text-to-speech software, and extra time.

"A really great example of that would be a student who is really good at organizing their thoughts and making a persuasive argument but is unable to hold a pencil: are we going to score that kid down because of a fine motor problem?"

"I don't know that he would have been able to earn a regular high school diploma," she says. "He can learn general themes and ideas. If the whole class is doing research papers on the Westward Movement, he can do a short presentation on what the wagon trains did when they were moving west."

An earlier version of this story incorrectly referred to dyslexia as a "speech or language impairment" as classified under the Individuals With Disabilities Education Act. Under that federal law, dyslexia is classified as a "specific learning disability."