Accessibility links
What We Don't Know About Summer School : NPR Ed Lots of kids spend part of their vacation at summer school, but there is very little information about what works.

What We Don't Know About Summer School

What We Don't Know About Summer School

It's a warning echoed in countless teen movies — "If you don't pass this class, you'll go to summer school!" Kids for generations have been threatened with the elusive summer school: fail this test, miss this day and kiss your vacation goodbye.

This summer is no exception, with districts around the country pulling students in for all sorts of programs. But surprisingly, it's really hard to get a head count — either nationally or at the district level — of how many kids are going to summer school. 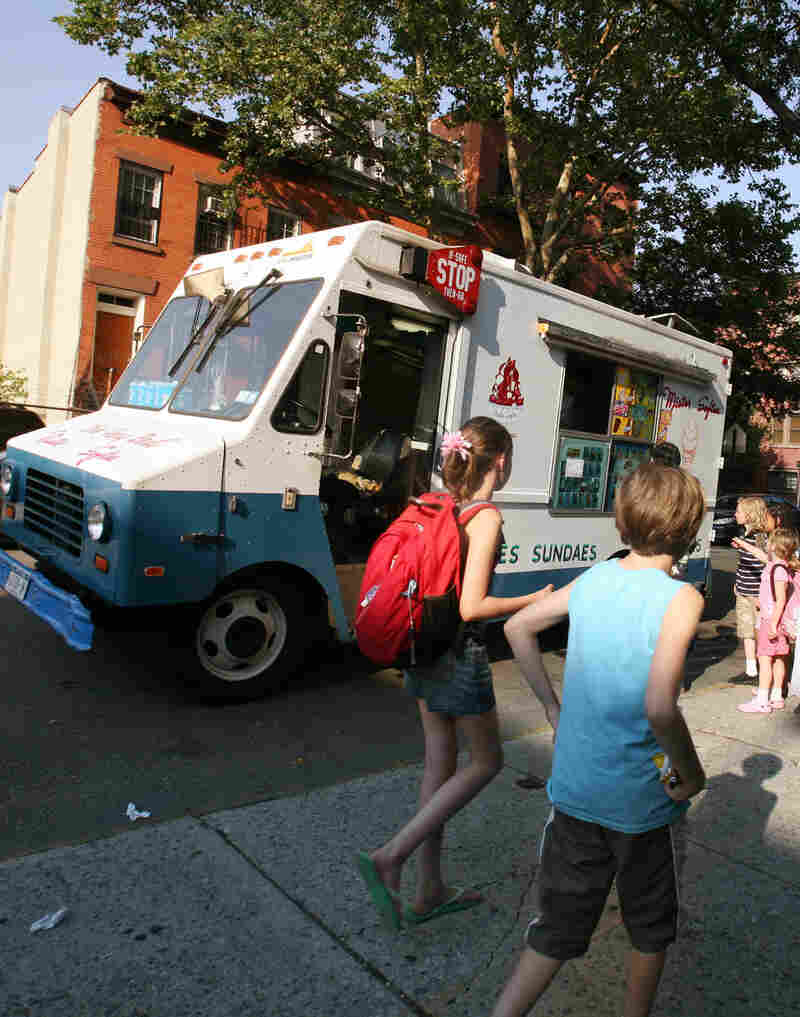 While their friends line up for ice cream, some students are stuck in summer school. Bebeto Matthews/AP hide caption

So as the July heat kicks in, we started wondering about the whole idea. What, exactly, is summer school? How much does it cost? And, the biggest question, does it work?

In a nutshell, we have no idea.

"It's been one of my pet peeves for years," says Kathy Christie, vice president of knowledge and information management at the nonprofit Education Commission of the States.

She says there's never been a push for anyone to collect data on summer school. As a result there isn't really good information about any of those questions above.

"There's just been so little attention paid to what effect that this extra three, four, five, six weeks make," she says.

So, before we get into what we do and don't know about summer school, it's worth taking a stab at defining it.

What is Summer School?

First, it's important to make the distinction between remedial summer school and enrichment programs. While there are students in summer school for failing biology, right down the hall there can be students who willingly gave up their summer to take advanced courses.

But what about kids for whom it's not voluntary, the ones who are required to attend?

One surprise: failing students aren't the only ones sent to summer school. That does happen, but many summer schools are also aimed at students who don't have enough credit hours, regardless of their grades. In theory, a straight-A student could forfeit summer vacation for missing too many days.

Either way, researchers say required summer schools are lacking real data about who goes, what's being taught and whether the programs are working.

"My guess is, an awfully high percentage of states don't really even have the data [on number of students in summer school] or don't analyze it if they do," Christie says.

Can kids actually gain from those programs? Can they come back in the fall, even with more skills and abilities? The answer to that is kind of unclear.

Where is the Data?

What data does exist is generally at the district level and often isn't available to the public.

Nevertheless, let's zoom in and take a look at summer school at the district level, starting with the nation's second-largest public district, Los Angeles Unified.

"It's really a very big deal," says John Deasy, the superintendent of the district. "It's been a real blessing for students."

Seven years ago, California slashed its summer school budget and the programs all but disappeared. In LAUSD, the annual allotment went from about $49 million for summer school down to about $800,000.

This year, a state ballot initiative has restored summer-school funding and the state has ponied up $38 million for LAUSD. Deasy says the district is putting it to use in three broad summer-school programs.

The first is one we're most familiar with. "It completely covers students that have failed a course, so they can remain on grade level for graduation," Deasy says. This is new — after the budget cuts, LAUSD could only enroll a small number of students on a priority basis. Of the new funding, $12 million is dedicated specifically to credit recovery.

LAUSD also enrolls students in two other programs, an enrichment program and a bridge program for students taking their first Advanced Placement or honors class.

For the 2013-14 school year, LAUSD spent $2.06 per pupil on summer credit recovery programs. This year, the number hasn't been released yet, but with almost $11 million more in funding, it's safe to say it has increased.

One thing that is well documented by researchers is that most students over the summer months forget some of what they've just learned. It's called the summer learning slide, and it costs on average two to three months of learning. Research shows that it takes four to six weeks for teachers to get students caught up in the fall.

And it's also well known that the learning slide is deeper for low-income students.

So, theoretically, summer school should help alleviate that. But once again, there is very little information about what works over the summer and what doesn't.

"We've already had eight students graduate and earn their diplomas, and we look to have several more throughout the rest of the summer," Markey says.

Markey is the principal at East Leyden High School in Franklin Park. His school has three different summer programs: remedial, enrichment and digital.

Like the one in LA, the remedial program is aimed at kids who need help passing their classes. The difference at East Leyden, Markey says, is those students aren't stuck inside for summer school.

"All of the students have a [laptop] that the school issues and they take home," Markey says. Students can either be at the school, working on online curriculum facilitated by teachers or working offsite, whether it's at home or on vacation.

The second is an enrichment program where incoming freshmen can earn credits before they even start high school.

Markey is looking to expand that enrichment program. With around 150 spots for a school of 3,500, seats get filled within a few days. "We know that's a consistent demand."

East Leyden's last summer program is the most distinctive: a digital literacy program that's required for all students. Students can choose to take the class either in the summer between eighth and ninth grade or during their freshman year.

Markey says the lack of budget cuts that have plagued many districts have made such a rich summer program possible.

"We have been very fortunate to weather the storm financially and not cut any student programs from summer school," says Markey.

So educators like Markey in Illinois and Deasy in LA believe summer school is worth the investment.

But after all this, what can we say about research on summer school? There are a few studies:

"Can kids actually gain from those programs? Can they come back in the fall, even with more skills and abilities?" asks Jennifer McCombs, associate director of education and a senior policy researcher at the nonprofit think tank RAND Corp. "The answer to that is kind of unclear."

Jennifer McCombs a co-authored the 2011 RAND study "Making Summer Count: How Summer Programs Can Boost Children's Learning." (This study was commissioned by the Wallace Foundation, which also provides support for NPR.)

McCombs says that there is a robust amount of research that suggest mandatory summer school programming can be effective.

But researchers say it's still an underresearched topic, and that states and local districts are spending millions on summer school with too little data about what makes it effective.