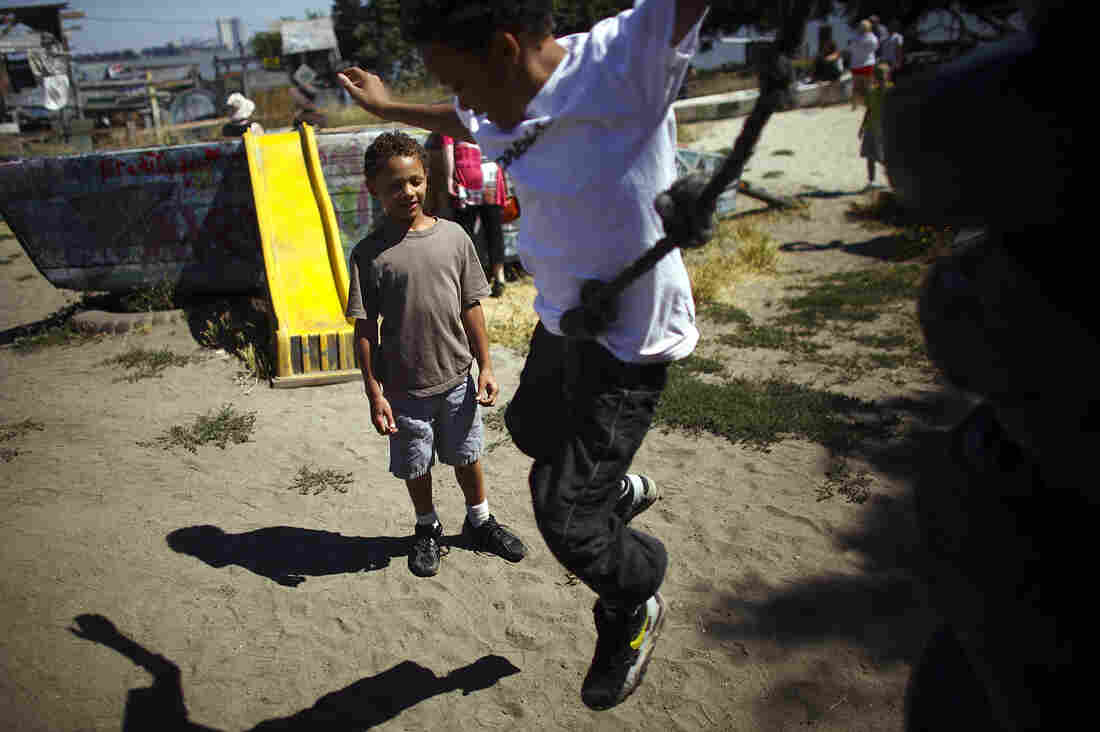 Deion Jefferson, 10, and Samuel Jefferson, 7, take turns climbing and jumping off a stack of old tires at the Berkeley Adventure Playground in California. The playground is a half-acre park with a junkyard feel where kids are encouraged to "play wild." David Gilkey/NPR hide caption 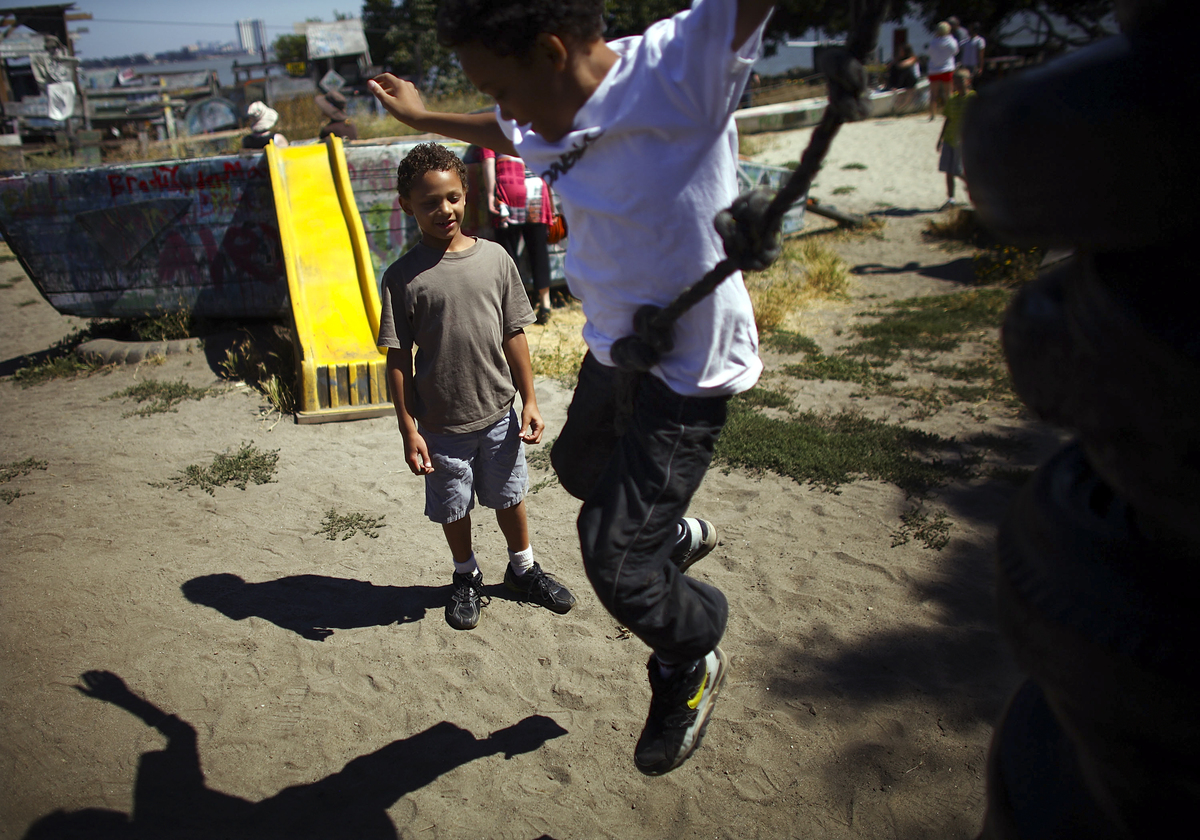 Deion Jefferson, 10, and Samuel Jefferson, 7, take turns climbing and jumping off a stack of old tires at the Berkeley Adventure Playground in California. The playground is a half-acre park with a junkyard feel where kids are encouraged to "play wild."

When it comes to brain development, time in the classroom may be less important than time on the playground.

"The experience of play changes the connections of the neurons at the front end of your brain," says Sergio Pellis, a researcher at the University of Lethbridge in Alberta, Canada. "And without play experience, those neurons aren't changed," he says.

Our friends at MindShift have been looking at the role of play in learning. Play is as much a part of childhood as school and an organic way of learning. Check out these articles that dig into play: 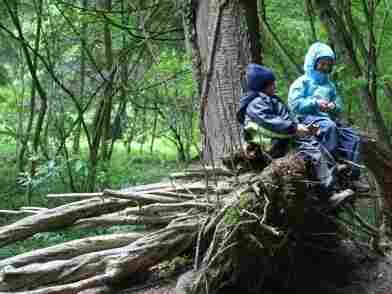 Let 'Em Out! The Many Benefits Of Outdoor Play In Kindergarten Rona Richter/MindShift hide caption

Free, unstructured play is crucial for children to build the skills they'll need to be happy, productive adults.

At a school where free play and exploration are encouraged, children can educate themselves under the right conditions.

Despite Benefits, Recess For Many Students Is Restricted

Many children in public school are getting less and less time outside, despite the documented benefits of free play.

It is those changes in the prefrontal cortex during childhood that help wire up the brain's executive control center, which has a critical role in regulating emotions, making plans and solving problems, Pellis says. So play, he adds, is what prepares a young brain for life, love and even schoolwork.

But to produce this sort of brain development, children need to engage in plenty of so-called free play, Pellis says. No coaches, no umpires, no rule books.

"Whether it's rough-and-tumble play or two kids deciding to build a sand castle together, the kids themselves have to negotiate, well, what are we going to do in this game? What are the rules we are going to follow?" Pellis says. The brain builds new circuits in the prefrontal cortex to help it navigate these complex social interactions, he says.

Much of what scientists know about this process comes from research on animal species that engage in social play. This includes cats, dogs and most other mammals. But Pellis says he has also seen play in some birds, including young magpies that "grab one another and start wrestling on the ground like they were puppies or dogs."

For a long time, researchers thought this sort of rough-and-tumble play might be a way for young animals to develop skills like hunting or fighting. But studies in the past decade or so suggest that's not the case. Adult cats, for example, have no trouble killing a mouse even if they are deprived of play as kittens.

Where does play come from? Neuroscientist Jaak Panksepp gives a playful answer in this NPR animation.

So researchers like Jaak Panksepp at Washington State University have come to believe play has a very different purpose: "The function of play is to build pro-social brains, social brains that know how to interact with others in positive ways," Panksepp says.

Panksepp has studied this process in rats, which love to play and even produce a distinctive sound he has labeled "rat laughter." When the rats are young, play appears to initiate lasting changes in areas of the brain used for thinking and processing social interactions, Panskepp says.

The changes involve switching certain genes on and off. "We found that play activates the whole neocortex," he says. "And we found that of the 1,200 genes that we measured, about one-third of them were significantly changed simply by having a half-hour of play."

Of course, this doesn't prove that play affects human brains the same way. But there are good reasons to believe it does, Pellis says. 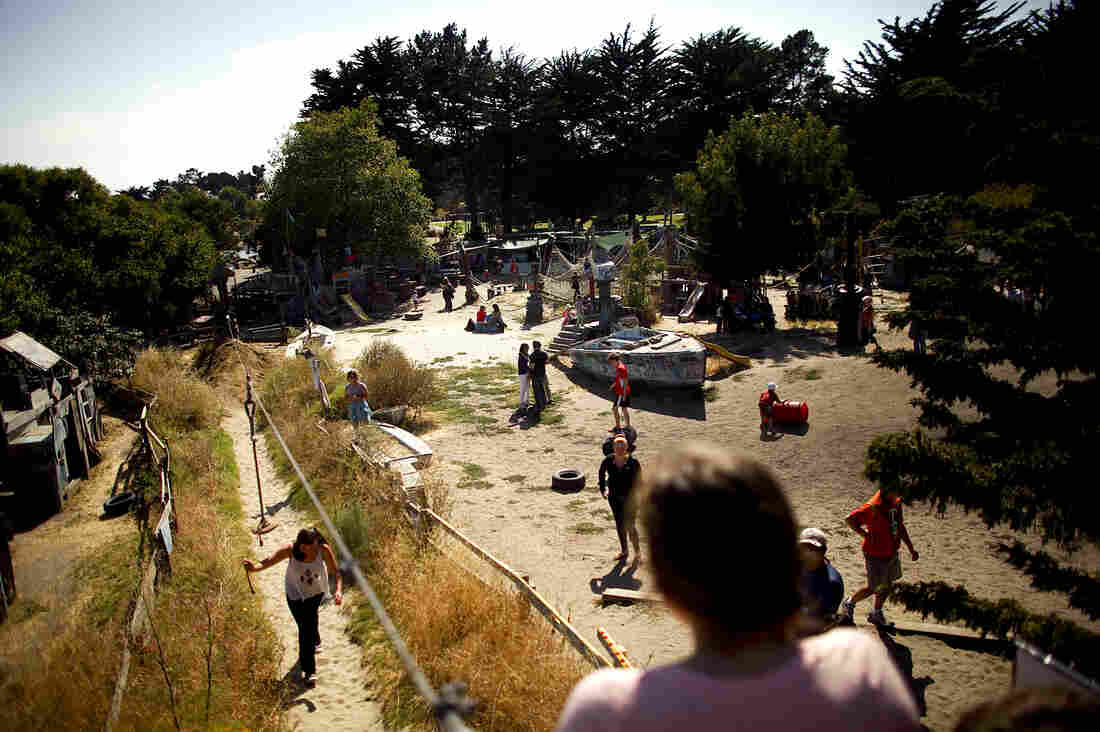 An overview of the Berkeley Adventure Playground, where children and their parents can paint, hammer, saw and run free. David Gilkey/NPR hide caption 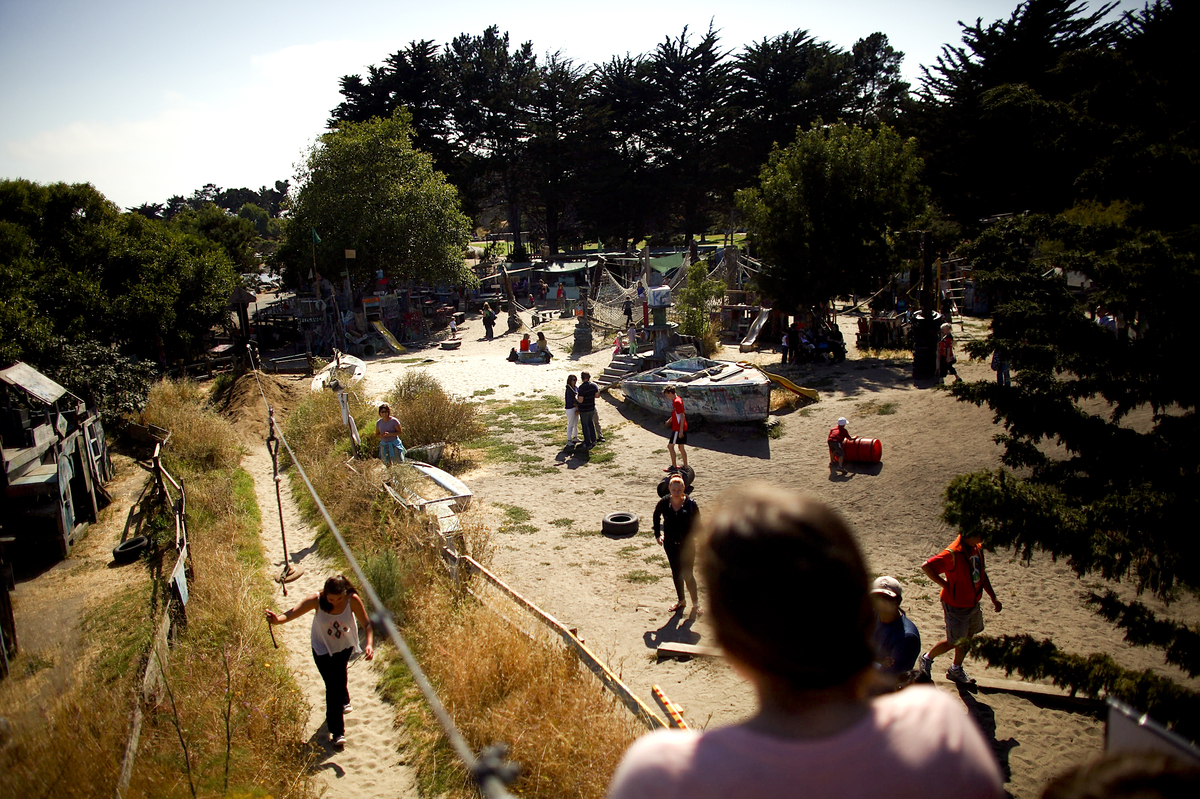 An overview of the Berkeley Adventure Playground, where children and their parents can paint, hammer, saw and run free.

For one thing, he says, play behavior is remarkably similar across species. Rats, monkeys and children all abide by similar rules that require participants to take turns, play fair and not inflict pain. Play also helps both people and animals become more adept socially, Pellis says.

And in people, he says, an added bonus is that the skills associated with play ultimately lead to better grades. In one study, researchers found that the best predictor of academic performance in eighth grade was a child's social skills in third grade.

Another hint that play matters, Pellis says, is that "countries where they actually have more recess tend to have higher academic performance than countries where recess is less."