Accessibility links
The LA School iPad Scandal: What You Need To Know : NPR Ed The Los Angeles Unified School District has shut down a half-a-billion-dollar deal with Apple and Pearson to provide classroom technology. Here's what happened. 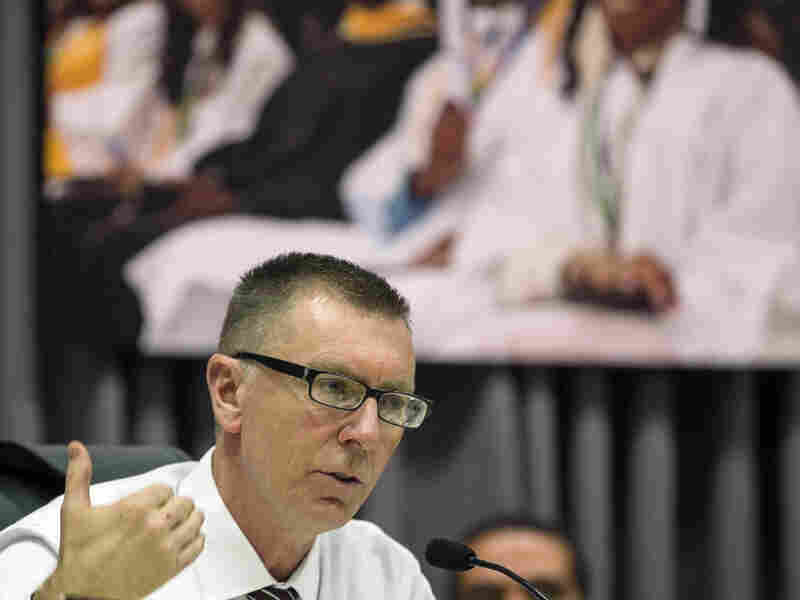 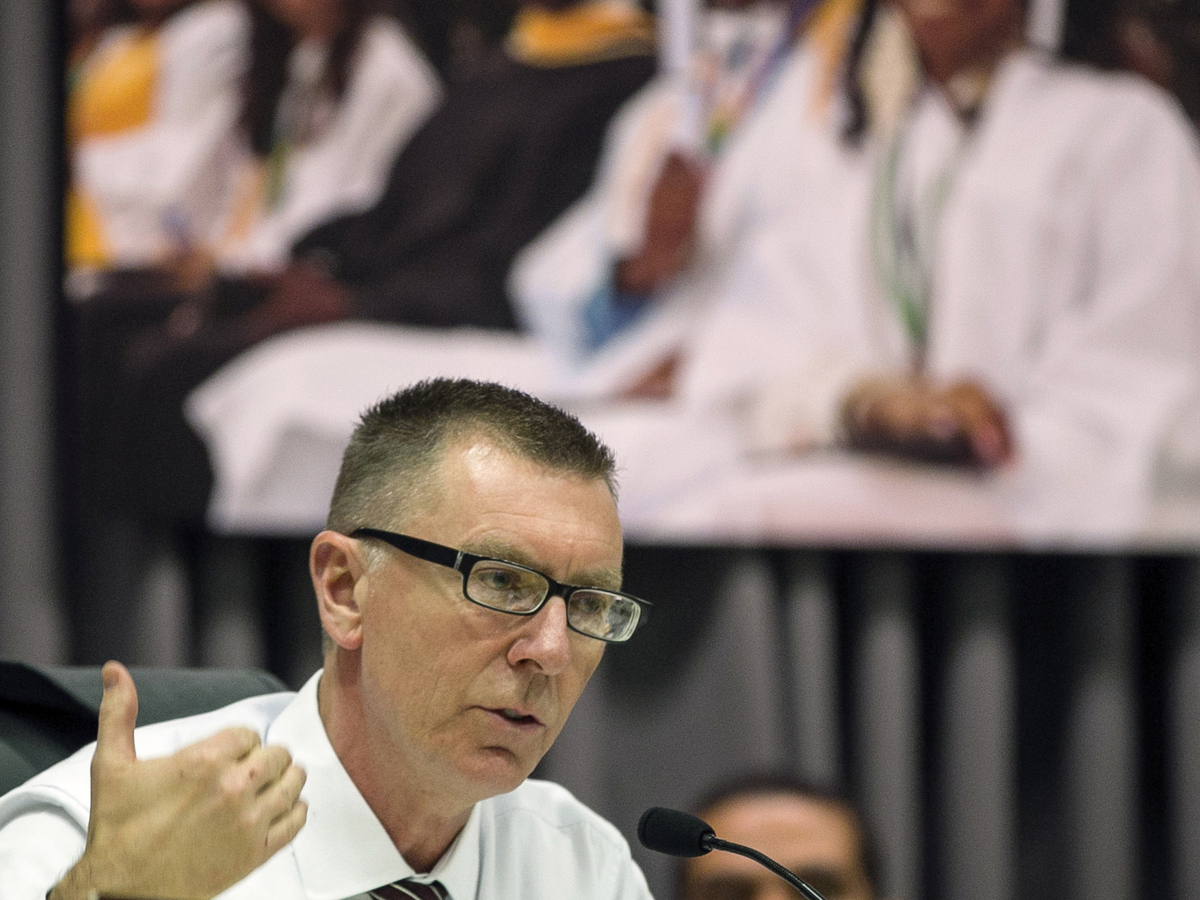 A massive expansion of classroom technology has come to a grinding halt in Los Angeles.

The LA Unified School District had planned to buy some 700,000 iPads for its students and teachers. The Apple tablets would include learning software built by publishing giant Pearson. But Superintendent John Deasy announced earlier this week he is canceling the contract and restarting the bidding process.

The decision comes on the heels of an investigation by NPR member station KPCC, which obtained emails between Deasy and tech executives that bring into question whether the initial bidding process was fair. First, some context:

The goal of the expansion was simple yet ambitious: to equip every student in the nation's second-largest school district with a tablet computer. The expected price tag for equipment, software and Wi-Fi upgrades to schools: $1.3 billion.

The project has been controversial from the outset. Critics argued that it was too expensive in a time of dramatic budget cuts. Some also worried that the rollout had been rushed, that the software wasn't finished and had glitches, and that the district's infrastructure, training and security procedures were insufficient for this kind of effort.

Then came the emails.

"Looking forward to further work together for our youth in Los Angeles!" Deasy wrote to Marjorie Scardino, then Pearson's CEO, on May 22, 2012, after hearing an initial pitch over lunch.

"Dear John, It's I who should thank you," Scardino replied. "I really can't wait to work with you."

KPCC reports these notes were going back and forth long before the tech contract was ultimately opened for competitive bidding:

KPCC's investigation found Deasy and his deputies communicated with Pearson employees over pricing, teacher training and technical support — specifications that later resembled the district's request for proposals from vendors. Pearson and Apple emerged as the winning bidders and were awarded the now-abandoned contract in June 2013.

After the emails were published, school board member Steve Zimmer questioned whether the district stifled competition.

"We're dealing with hundreds of millions of dollars of taxpayer money. We have to make sure this is completely ethical and above board," he said.

Other key findings from the KPCC investigation:

While the bidding process has been restarted, the district had already bought about 75,000 iPads, roughly half of which were loaded with Pearson's educational software. And, KPCC reports, that software is unfinished and problematic:

A year after the purchase, the software on LA Unified iPads still doesn't include many of the simulations, games and interactive tools promised. Officials gave Pearson until November to deliver the finished product.

Also, California education officials have only approved Pearson's math courses for grades kindergarten through eighth grade. And the state found errors in every grade, from simple problems, like typos, to bigger issues, like learning standards that were not correctly applied.

The digital expansion in LA was meant to correspond with California's adoption and implementation of the Common Core State Standards. As KPCC reports, the district Deasy took over needed serious help, and not simply with that Core rollout:

He had inherited a school system in crisis: Thousands of Los Angeles teachers, counselors and librarians had lost their jobs during the recession; fewer than half of students were reading at grade level; more than 10,000 dropped out of high school every year. For Deasy, transformation was not just possible; it was an urgent mandate.

Deasy would not comment for this story. But he told KPCC in May 2012:

"I'm not going to be interested in looking at third-graders and saying, 'Sorry, this is the year you don't learn to read,' or to juniors and saying, 'You don't get to graduate.' So the pace needs to be quick, and we make no apologies for that."