Accessibility links
Q&A: Dana Goldstein, Author, 'The Teacher Wars' : NPR Ed Testing, tenure, pay, standards, business influence, poverty and inequality — the big education issues have been with us a long time, according to a new book. 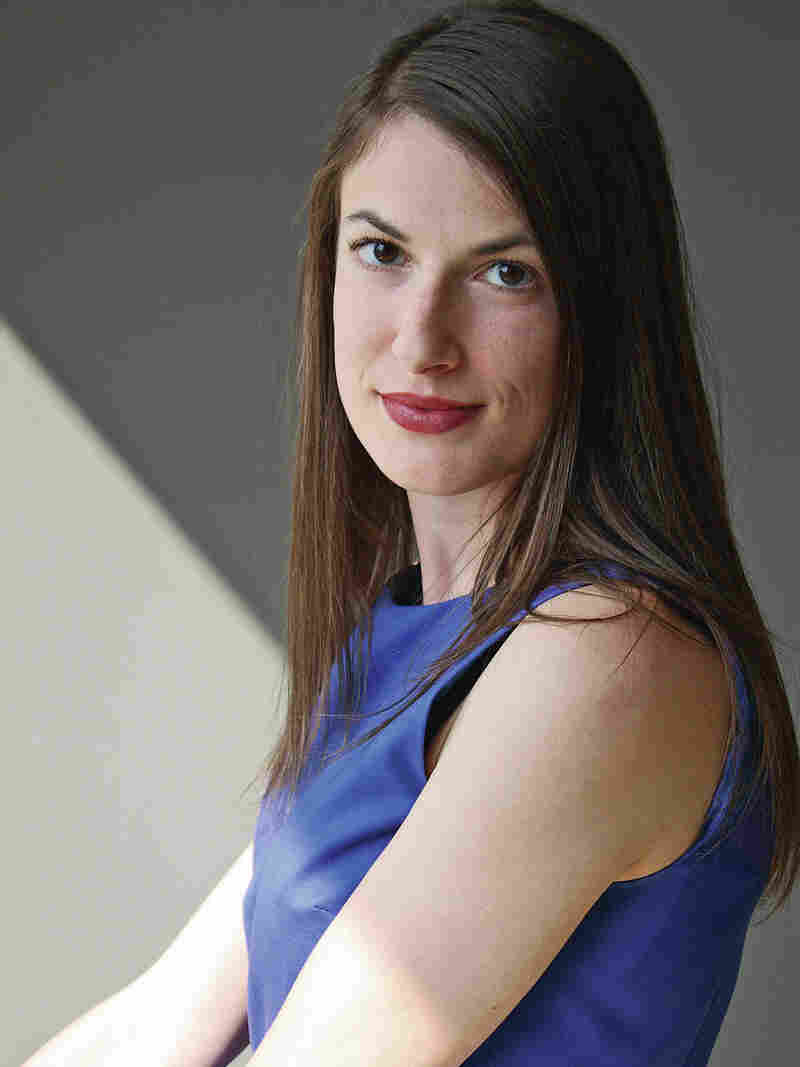 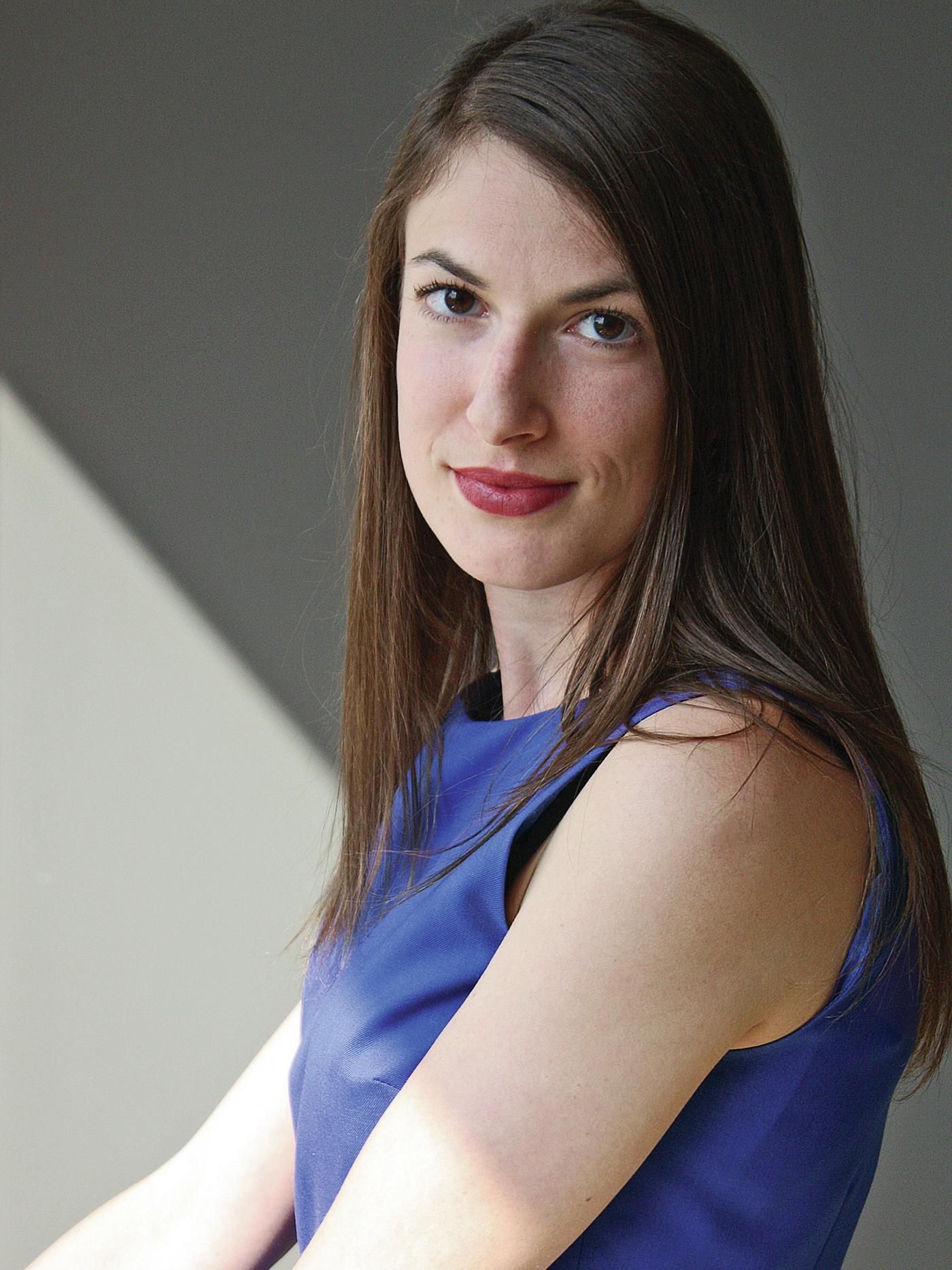 I recently came to the education beat after spending the better part of a decade as a foreign correspondent, mainly reporting on conflicts in the Middle East.

Shortly after turning in my Kevlar vest for chalk dust, I was struck by how intensely polarized the education reform debate is in America. I'd traded real mortar fire for the rhetorical kind: Man the barricades, incoming Common Core!

Which raises the question: How did we get here?

Fortunately, that's the topic of a new book from journalist Dana Goldstein: The Teacher Wars: A History of America's Most Embattled Profession.

In it, she explores the origins of today's debates and the key players involved in them, from embattled union leaders to wealthy philanthropists to activists concerned about poverty and inequality. Goldstein argues that, if you look back a century ago, you find a very similar cast of characters.

The book covers a lot of ground:

Goldstein has been an associate editor at The Daily Beast and The American Prospect, and she's contributed to The Nation, Slate, TIME and other publications. The Teacher Wars is her first book.

What are the origins of teachers unions? And what kinds of opposition have they faced?

Unions start in about 1897 and gather steam throughout the first half of the 20th century. And we see a lot of sort of ridiculous, politicized attacks on teachers at that time: whether it's firing a teacher because she's pregnant, or firing a teacher who opposes IQ testing of kids, and then using those IQ test scores to track kids into either vocational or academic curricula. Or these witch hunts in which tens of thousands of American teachers lose their jobs either because they are Communists or have expressed some interest in communism.

There's a huge sense that there's this red menace and that teachers are going to be indoctrinating children with these far left-wing beliefs. And we see teachers being asked to sign or swear loyalty oaths to the United States government. ... Thousands of teachers do lose their jobs across the country because they do take a stance that they are unwilling to really perjure themselves. And a lot of reasonable people look at these witch hunts and say teachers unions make sense. Teachers need someone to defend them. They need an organization to defend their interests.

This grew out of a real problem — that teachers were being pressed for political and social conformity?

That's true, and another thing that was happening is that the profession was subjected to a lot of sexist pressures as well. In a city like Chicago at the turn of the century, 97 percent of the teachers are female. And school reformers are attempting to lower female teachers' pay in order to pay male teachers more, because they perceive that it's a problem that so many teachers are female. And instead of just raising salaries across the board to attract more men, they really want to sort of punish female teachers and lower their salaries. So there are a lot of good reasons why teaching becomes a unionized profession. [It's] sort of unique among white-collar professions in that way.

Talk a little bit about how teachers react. They realize they need to organize. It really gave a huge push to unionization?

In Chicago at the turn of the century, teachers are confronting these school reformers who want to lower their pay and saying, "Look, you're asking us to do this really tough job. Our classrooms have as many as 60 kids in them. The kids are immigrants for the most part. They're speaking Czech, they're speaking Italian, and they're speaking Polish. And yet we're still making basically factory-level wages." And what the reformers answer back with is: "My wife's maid makes as much as you, shouldn't you be pleased with that?" So female teachers are quite angry. It is a feminist movement. And they combine their demands for higher pay with the demand for the vote. So we see a lot of back and forth between the early suffrage movement and this teacher unionization movement.

You wrote that in the 1950s the average teacher in New York earned some $65 a week. I mean, that's not that long ago. That's incredible.

Yes, that's before collective bargaining. After collective bargaining, teachers do see a big spike in pay. So to the extent teachers do have a squarely middle-class salary now, that is in large part due to union organizing. The median teacher salary in the U.S. today is $52,000 per year. That's a lot lower than a lot of people assume it is. One of the things I compare it to in the book is a dental hygienist. The median salary for a dental hygienist in the U.S. today is $77,000 a year.

Today unions are faced with economic shifts and unfriendly laws and court rulings — I'm thinking about the landmark Vergara v. California case this summer. Have unions then always had a kind of "siege mentality" in part because of their origins?

Yeah, that's a good question. I definitely think they come from a place of teachers being embattled, and they often have a gut reaction, as organizations, to react in that way. At the same time I say in the book that teaching is the most controversial profession in America and that teachers have been embattled since the 19th century. And that's historically true. So it's not really the unions that have invented this. The controversy that swirls around the teaching profession predates them.

I asked Randi Weingarten, the president of the American Federation of Teachers: Why are teachers so critiqued and why is tenure such a focus of reform? She was quite honest — look, only 7 percent of American workers are in unions. And she said to me, "We are seen as islands of privilege. We are so unusual; teachers have an unusual level of job security and have an unusually generous retirement savings system."

Are you saying the general public is a bit resentful that teachers have tenure, have these protections, and they get July and August off?

I do think the public is resentful. Look at what's going on with our broader economy: We have high unemployment. We see working hours getting longer and longer and less and less predictable. Less and less work-life balance for folks both in working-class and white-collar professions. And teachers are perceived, and I don't know that this is totally fair, are perceived as having it easier.

Tenure — did that come slowly or did it jump out early on in terms of the unions' priorities?

It dates back to 1909 and started out in New Jersey, and in about 20 years spread quite quickly to New York City, to Chicago and all across the country. At the time it was something good-government school reformers and teachers unions actually agreed about. They looked over at Germany, which had a public school system that a lot of Americans admired at that time. And they noticed that teaching was a more prestigious job there. Why? Well, teachers there had generous retirement pensions and they also had tenure, a promise of due process and job security. And American reformers thought that if they brought this over to the U.S. it would make teaching a more desirable job and sort of offset the low pay that teachers had. And one of the things they were trying to do is get more men to become teachers. So we see at that time there was some consensus around tenure. But pretty quickly, coming into mid-century, tenure becomes very controversial because it is understood that it protects not only teachers we want to protect but also sometimes bad teachers we don't want to protect.

Has tenure outlived its usefulness in the 21st century?

Well, tenure is not a promise of a teaching job for life. It's a promise of due process. So if the administration of a school wants to fire you, they have to gather evidence and build a case for why you should go, and then some neutral arbiter makes a ruling on that. I do conclude in the book that it makes sense for teachers to have some sort of due process. We see throughout American history that the teaching job is very politicized, that teachers are attacked for a whole bunch of reasons that have nothing to do with their competence: whether they support various reform dictates that are coming down from above, what their personal politics are and things like that. So it makes sense that, because their job is so politicized, teachers should have a little more protection than the average worker.

That said, the current tenure system makes it very difficult in practice to get rid of bad teachers. It makes it a very long, expensive process. I think it makes sense to streamline that.

And it's interesting that today the critique of teachers is coming not just from the political right but from the left in some cases as well, people saying that teachers are part of the problem and powerful unions are thwarting reform.

Yes, I really date this back to the late '60s and early 1970s where you see rising up, especially in the African-American community, a sort of "black power" critique of teachers unions. That teachers unions are these white-dominated organizations and they don't understand what parents of color want for their own kids and they are not necessarily putting the needs of poor children first.

And we see this in the teachers' strikes that take place in cities across the country in the late '60s and early '70s. And I think that this critique, which was really quite a radical left-wing critique at the time, has infiltrated into the sort of bipartisan consensus. And by the 1980s you see members of the Reagan administration kind of echoing some of these themes brought up in the late '60s by folks like Stokely Carmichael and Amiri Baraka.

You also put in context some of the pressing issues that are still with us: low teacher pay and large class size. And wealthy foundations pushing their vision of educational reform. You know, before Gates there was the Ford Foundation and others. Reading your book, you realize that these current debates have been around a lot longer than some people might think.

Yeah, one of the things that surprised me most in the research is that this current push to evaluate teachers based on their students' test scores goes back a really long way. Today we have something called value-added measurement, which takes test scores and computes a complicated formula for teacher effectiveness. Well, there was the exact same thing, basically, back in the 1920s and 1930s. Back then they called it the "people change method."

So the reason why some of these ideas keep coming back again and again is, as you say, we see corporate philanthropists, people who make their fortunes in the business world. And every generation, they get involved with education. And that makes some sense because they're interested in the training of the next generation of workers. But when people from the business world look at schools, they tend to want to bring the ideas they are familiar with that have to do with data and efficiency and measurement, and apply them to schools. And that's why I think we see test scores come up again and again throughout the generations as one way to kind of rationalize and make schools more efficient.