Accessibility links
Q&A: A View Of The Common Core From The Principal's Office : NPR Ed Principals are usually pretty mild-mannered. Not so if the topic of conversation is the Common Core. A group of school leaders share their take on new standards, old problems and bad teaching.

Q&A: A View Of The Common Core From The Principal's Office

Q&A: A View Of The Common Core From The Principal's Office 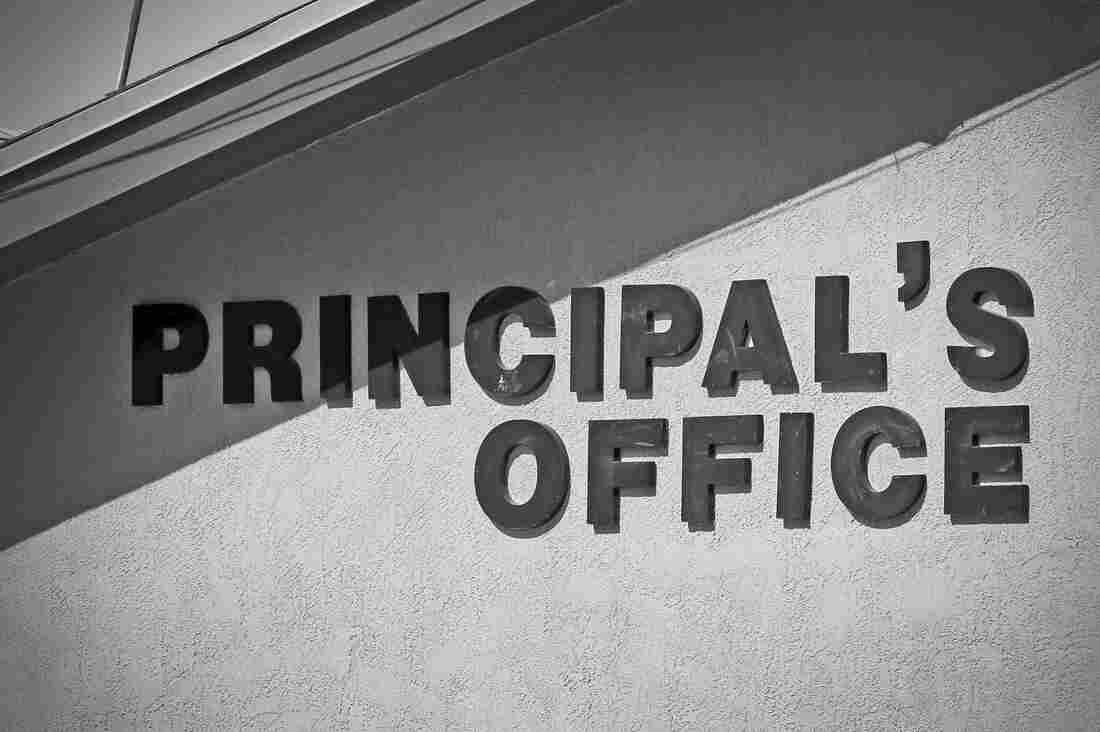 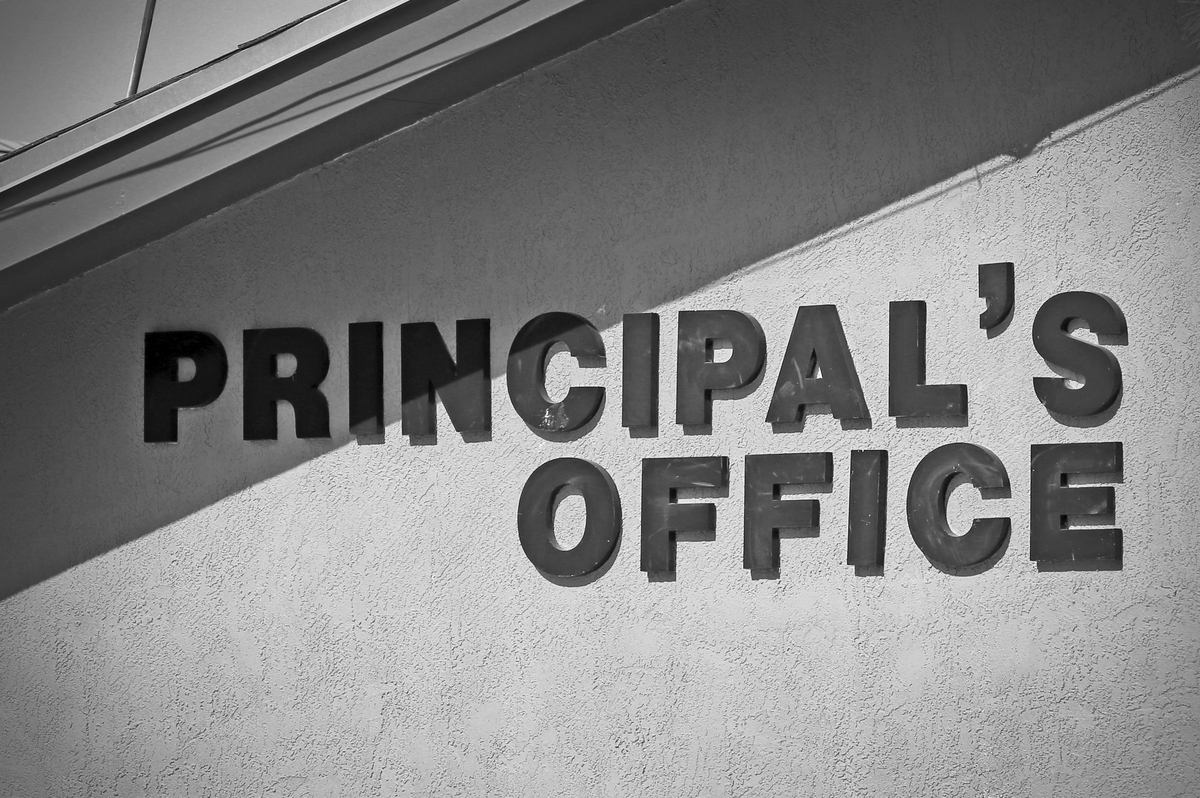 But if you want to get them riled up, ask them what they think about the Common Core State Standards and how teachers are evaluated.

That's exactly what I did recently: During a visit to Washington, D.C., I sat down with a group of middle and high school principals — members of the National Association of Secondary School Principals — to hear their frontline views of the Common Core.

In each one of your states, the Common Core Standards have come under attack from both the left and right. Why do you think that is?

John Ash (Central Magnet High School, Murfreesboro, Tenn.): A lot of the resistance to the Common Core is not about education. I've been in education 26 years, and I've never seen so much federal government control as I see right now. The average person is rebelling against that control, and Common Core is an example that they can name and point to. Common Core is an enemy we can name. Even No Child Left Behind was branded better. Who can be against leaving a child behind? Common core almost sounds communist [laughs].

G.A. Buie (Eudora High School, Eudora, Kan.): When educators looked at the Common Core standards, we said, "Yeah, this is what our kids need." But people felt like somebody else was in control of it.

Ash: We will never move forward with anything called "Common Core." Anything with that term is dead.

Jayne Ellspermann (West Port High School, Ocala, Fla.): The standards were what we all wanted. Now, those of us who've backed out, moved, made some adjustments, it all still resembles the Common Core.

Michael Waiksnis (Knox Middle School, Salisbury, N.C.): It's interesting to me that states think they're going to create a better set of standards in a year or less.

If it's true that the Common Core is going to be more demanding of students and teachers, are teachers ready?

Ash: Great teachers adjust to whatever we ask them to do. Bad teachers are still bad.

Buie: You cannot expect someone to go to college four, five or six years, and walk out into the world and know that the best they're going to do when they're 23 years old is $34,000 a year.

Ash: The shortage of math teachers is critical. There were two math teachers that graduated from all the education programs in Tennessee last year.

Ellspermann: I have another perspective. When you instill in your school community that you're changing the world one child at a time, you create a culture where people want to teach. None of my math teachers graduated from a college of education. I have engineers, people who graduated with degrees in mathematics. I get people who are looking for value in the work that they do. I left another profession — I was a police officer — and came into education because I felt that working in a school and making a difference in kids' lives is more challenging.

How big a factor should students' test results be in teacher evaluations?

Ash: In Tennessee, up to 50 percent of a teacher's evaluation is based on test scores that factor in the progress kids make in a given year or what is often referred to as "value-added." But there are flaws in how we rate teachers. Our teachers are rated 1 to 5, 5 being the best. Our Legislature has defined "incompetence" as two years with a 1 or 2 rating. So you can fire a tenured teacher pretty easily if they have two years of poor evaluations.

Ellspermann: In Florida, 50 percent of teacher and principal evaluations are based on student performance. We are truly accountable for what students learn in a year, and that's not a bad thing.

What makes a teacher a "bad" teacher?

Buie: They're lazy. They don't want to put in the hard work. I have to be careful how I say this, but, they don't love kids. I can walk into a classroom and tell.

Ash: Kids learn when you love them, and great teachers love kids no matter what. I have some very intelligent teachers who haven't mastered that love yet. And they're not as successful. In Tennessee, we don't have a teachers union, but their association normally wants bad teachers out, too.

Jeanette Patterson (Horizon Middle School, Aurora, Colo.): I have a teacher who's incompetent. He teaches social studies. He doesn't know the subject nor does he have the teaching skill. You can provide supports for that person, and still he can't do it. I continue to work with him. It took a colleague of mine five years to get rid of a bad teacher. It takes too long, and lives are ruined.

Ash: We don't have a good idea in this country at the moment of what to expect from a high school. What does a high school diploma mean? We're held accountable for graduation rates, but what level of work do we want kids to do?

Ellspermann: I want to make sure students don't see graduation as a destination but as a threshold. They can go to college. They can get a job, get more training and keep all those doors open.

Ash: We've got to quit forcing every round peg into a square hole

Note: This interview was edited and condensed for clarity.

After this story was published, we heard from one of the principals, Jeanette Patterson of Horizon Middle School in Aurora, Colo. She told us that she misspoke in her remarks about an incompetent social studies teacher. Patterson says she erroneously spoke in the present tense about this teacher but was actually talking about an educator she had dealt with years ago, at another school, and that she regrets the error.