Accessibility links
Three R's For The Digital Age: Rockets, Robots And Remote Control : NPR Ed The World Maker Faire comes to one of the nation's most diverse neighborhoods. 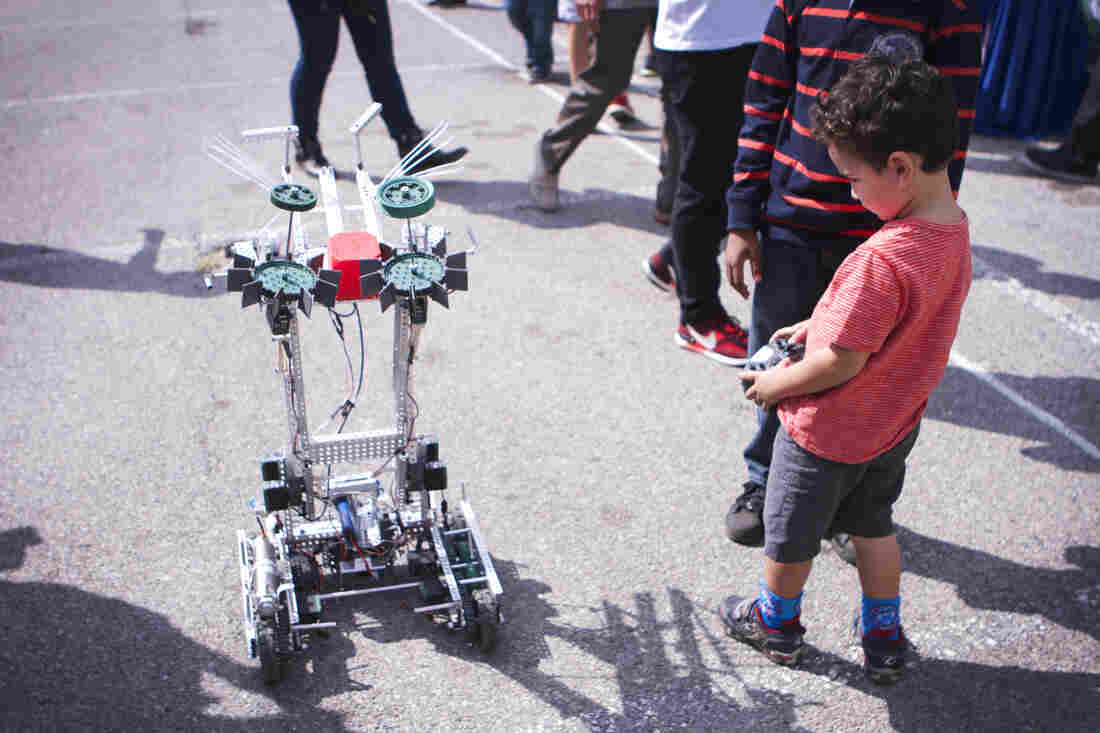 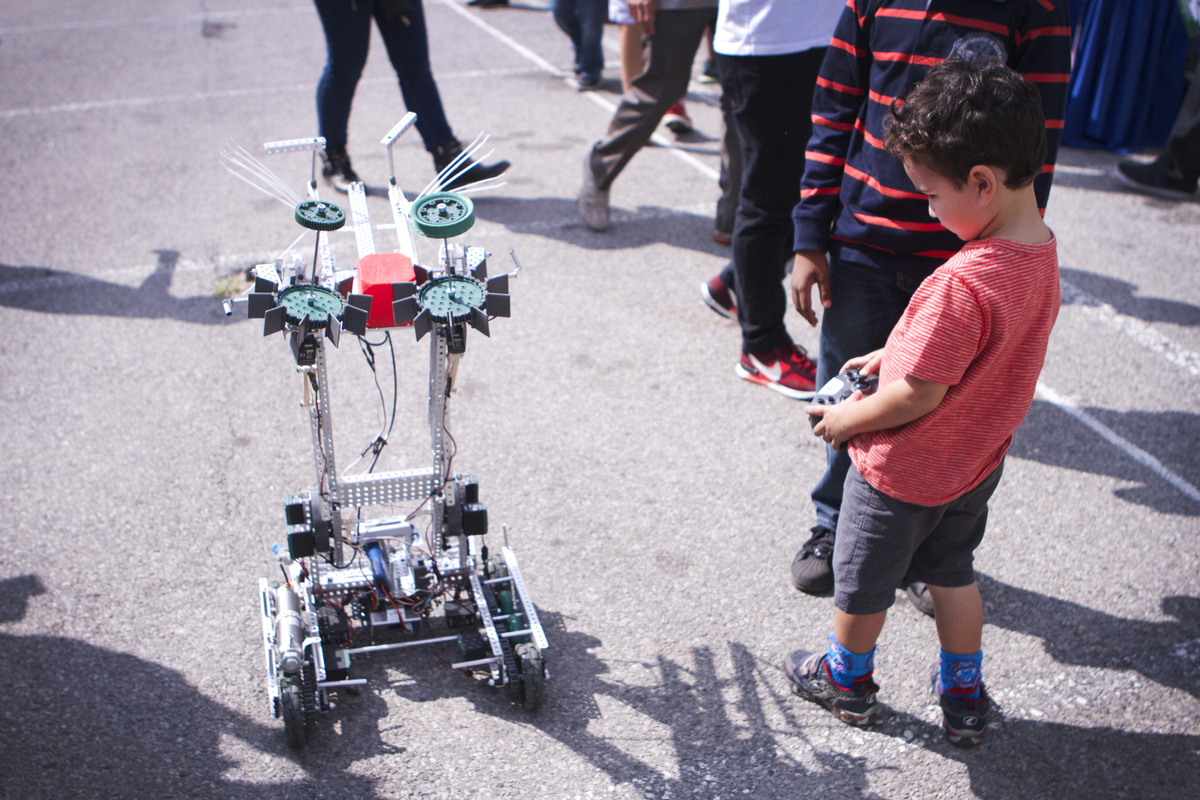 I and Robot ... a primal encounter at World Maker Faire.

Huan Zhang is captain of the all-girl robotics team at Francis Lewis High School in Fresh Meadows, Queens. She and her teammate Vanessa Lin are firing up their robot for me. It looks a little bit like a milk crate on the go.

"It's going to take a couple minutes to set it up," Lin says. While we're waiting, Zhang tells me their rookie team made it to regional competition in Pennsylvania with this very robot, which, on cue, starts rolling around picking up plastic blocks with metal arms.

The Titanium Tigers came to World Maker Faire at the New York Hall of Science to show off what they made and see what other people made. So did 85,000 others: families with kids, drone enthusiasts, lock-pickers, rocket builders, people who use 3-D printers to craft Star Wars figurines, and someone giving rides on a bicycle shaped like an alligator.

Make Magazine, a kind of latter-day Popular Mechanics, launched the festival in 2006 in the Bay Area, billing it as "part science fair, part county fair, and part something entirely new." There are mini-"faires" around the country, too — there's even been one at the White House. The so-called Maker Movement champions the kind of learning Zhang experiences with her team: passion-driven, project-based, STEM-focused, creative, welcoming and diverse.

As "making" gets more popular, a lot of big corporations are jumping on the bandwagon.

The Walt Disney Co. was a major sponsor for this year's Maker Faire, which also featured heavily branded activities from Ford Motor Co., LG and other corporations.

Still, throughout the event, the do-it-yourself ethos of discovery was everywhere, especially among the youngest attendees, who went happily from driving remote-controlled vehicles, to building plastic-bag parachutes, to soldering (with lots of help), to painting with colored mud.