Accessibility links
Daniel Tiger: Won't You Be His Neighbor? : NPR Ed The PBS program Daniel Tiger's Neighborhood is bringing the legacy of Fred Rogers to a new generation of children. 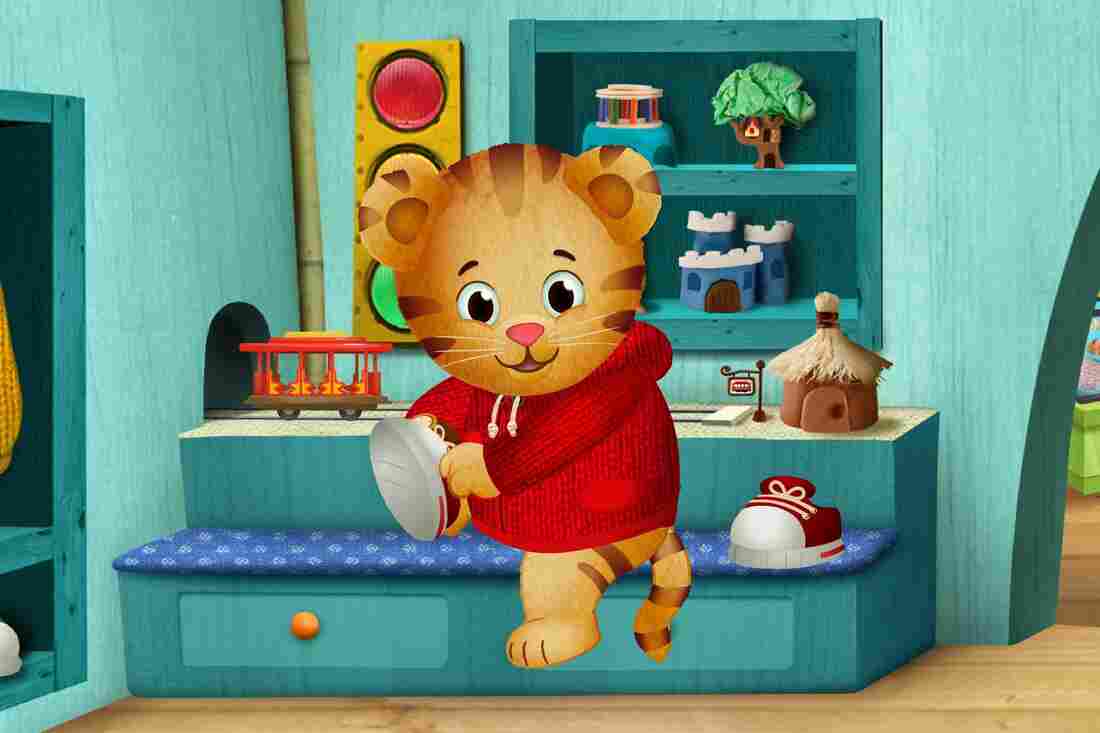 Daniel Tiger's Neighborhood is in its second season on PBS. PBS hide caption 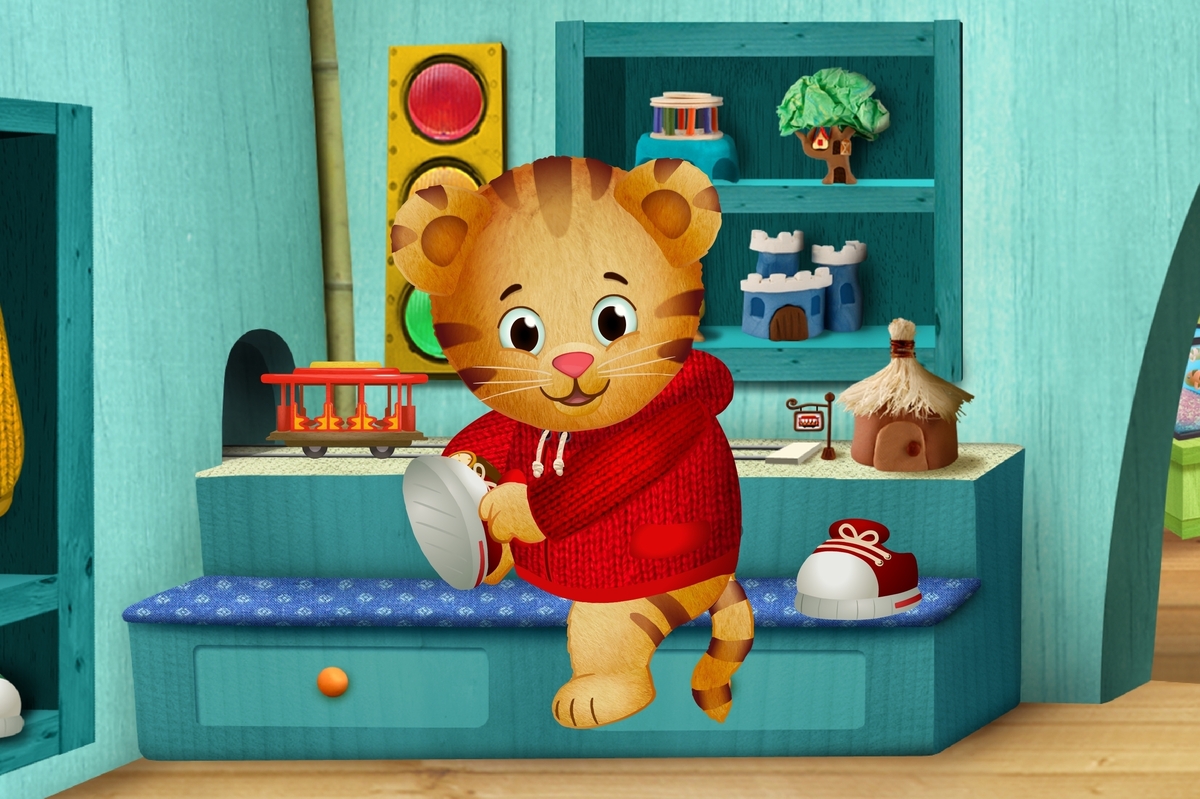 Daniel Tiger's Neighborhood is in its second season on PBS.

Lexi Schaefers' preschoolers squeal with excitement. Their eyes are trained on an animated tiger dressed in a red hoodie and sneakers, peeking out of the TV at them.

These 3- and 4-year-olds at Shady Lane Preschool in Pittsburgh, Pa., sing along with the songs and laugh and mimic what the characters are doing onscreen.

It's been 13 years since Mister Rogers' Neighborhood went off the air and more than a decade since the passing of its host. But the world Fred Rogers created for preschool children — one that's safe, nurturing and accepting — lives on in a PBS program called Daniel Tiger's Neighborhood.

The animated show is now in its second season. Much of it is produced in Pittsburgh — Rogers' hometown — and there's no question that kids love this show.

So who is Daniel Tiger?

"Daniel Tiger is a cat," says one of Schaefers' preschoolers, Teddy Weissberg. "He has stripes on him and on his ears," says Avery Kendall, another student. "He's just a tiger," says August Yoest.

But Daniel is a lot more than that. He's their friend, a 4-year-old who lives with his family. Some of his friends are animals; some of them are humans.

They're all based on characters from Mister Rogers' Neighborhood. That show had a puppet, Daniel Tiger, who's now grown up. He's married, and he has his own son — also named Daniel — around whom this new show is built.

Schaefers says she grew up watching Mister Rogers, and sees the similarities: "Small things throughout the show, like his towel in the bathroom has the trolley on it, and his friends are all related to the characters from Mister Rogers."

Fred Rogers taught kids not to be afraid of new things. Four-year-old Daniel learns that same lesson with Mom Tiger. Like Mister Rogers, Daniel wears a red cardigan and sneakers. Even the music is similar.

We're living in an age of mounting anxiety about children, especially young children, and screen time. There are many conflicting ideas about its proper role in education.

But PBS, the pioneer in "educational" media, seems to have broken through parental resistance. Those nostalgic and emotional connections resonate with the 3- and 4-year-olds in Schaefers' class and many more; the show gets 36 million video streams a month.

"They know that he is a tiger on the show, but I think that they also relate to him as a boy that is their age," says Schaefers. "That's who he is: somebody like them."

Somebody like them — that's what Fred Rogers was to generations of children, and what this new show's creator set out to emulate with Daniel.

"I like to think that he embodies Fred in a lot of ways, but he really truly is his own character," says Angela Santomero.

From 'Blue's Clues' To Daniel

Then one day, she got to meet her hero.

"I went over to him and said, in my New York way, I just want you to know the whole reason I went into television was because of you. I truly hope that what I do for kids has any, a little bit of an impact as you have for millions of kids and ... " 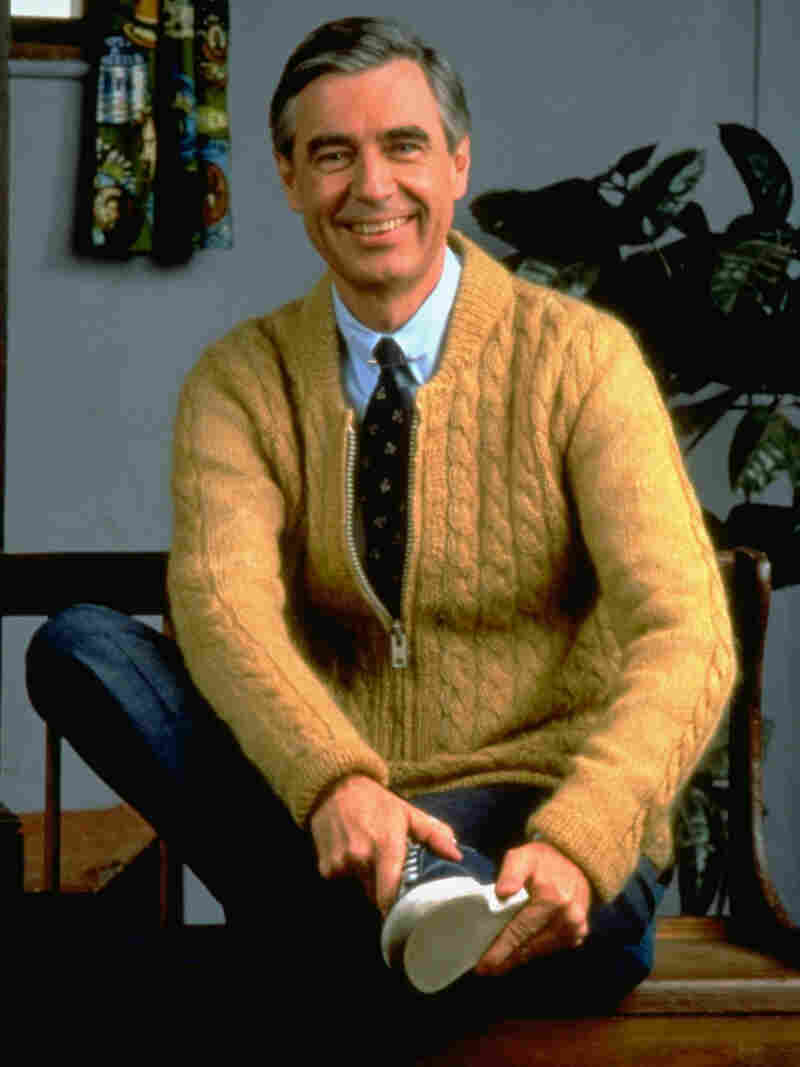 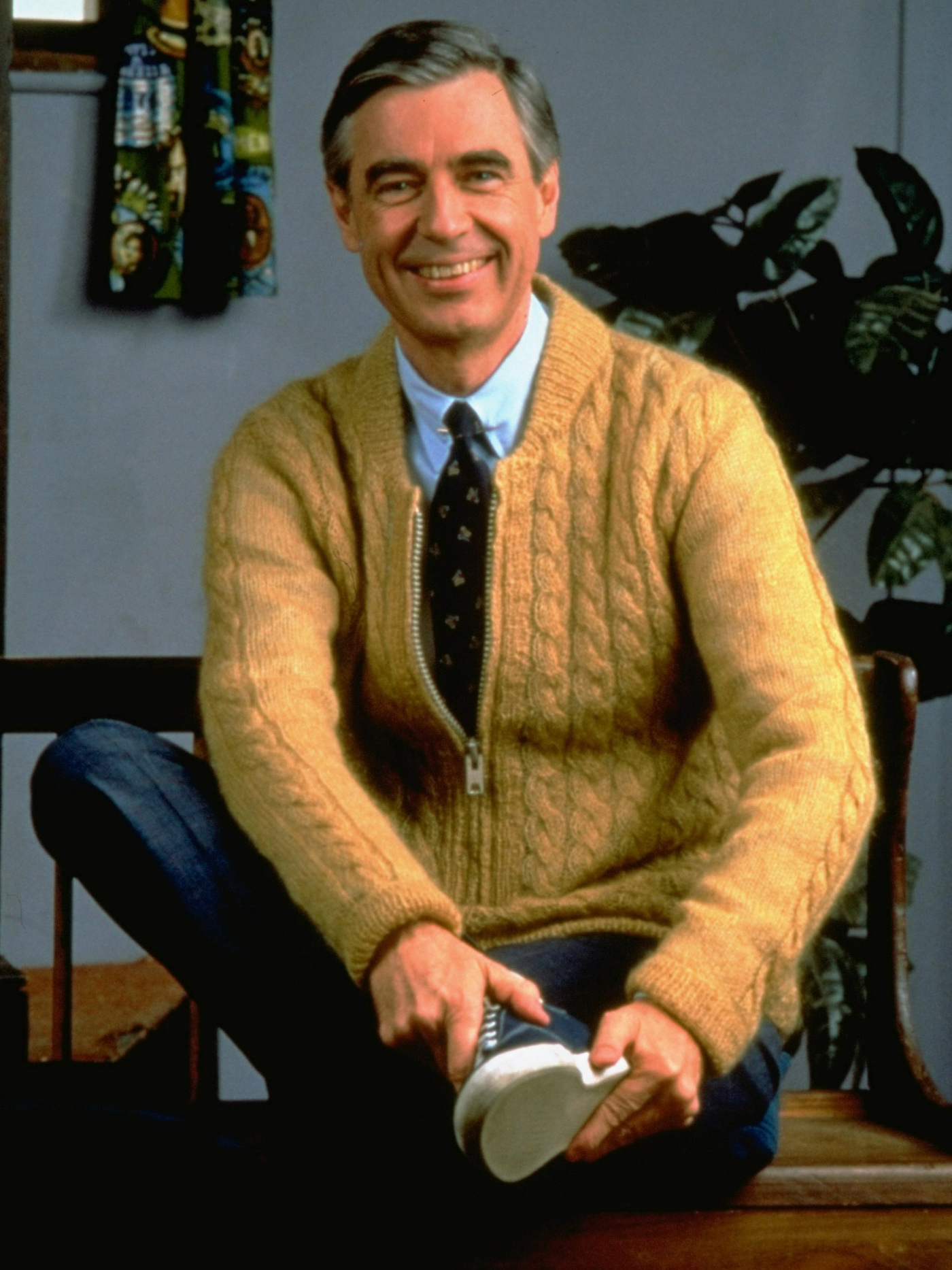 Fred Rogers poses on the Pittsburgh set of his television show Mister Rogers' Neighborhood in 1996.

Rogers stopped her mid-sentence, and she remembers him saying, "What's your name? Let's slow down, let's start over."

They forged a friendship. A few years later, after Rogers' death, his company contacted her about creating a new show.

Santomero says social and emotional learning through television is essentially a marriage between child development theory and research on how kids learn from media.

"They developed a whole curriculum based on Fred's research and teaching," says Linda Simensky, vice president of children's programming at PBS. "It's very carefully designed for a certain age group to get the rules of how the world works — to see what happens when things go right and when things go wrong."

The goal is to mirror, for millions of children, what Lexi Schaefers does daily in her classroom.

After the episode finishes, Schaefers asks her students if they've learned anything from it.

"Did Daniel Tiger do anything on the show that might help you play better with your baby sister?" she asks.

She asks another question: "Was he happy about Daddy and Mommy having the baby with them when he wanted to talk or wanted to play?"

The students sing, repeating the characters' song, "There's time for baby and time for you."

Mister Rogers couldn't have said it better himself.

Erika Beras is the behavioral health reporter at WESA-FM in Pittsburgh.