Accessibility links
Philadelphia Schools: Another Year, Another Budget Crisis : NPR Ed The city's public schools have lurched from one crisis to the next. The latest: canceling the contract with the teachers' union. Just about everyone worries that there's no long-term fix in sight. 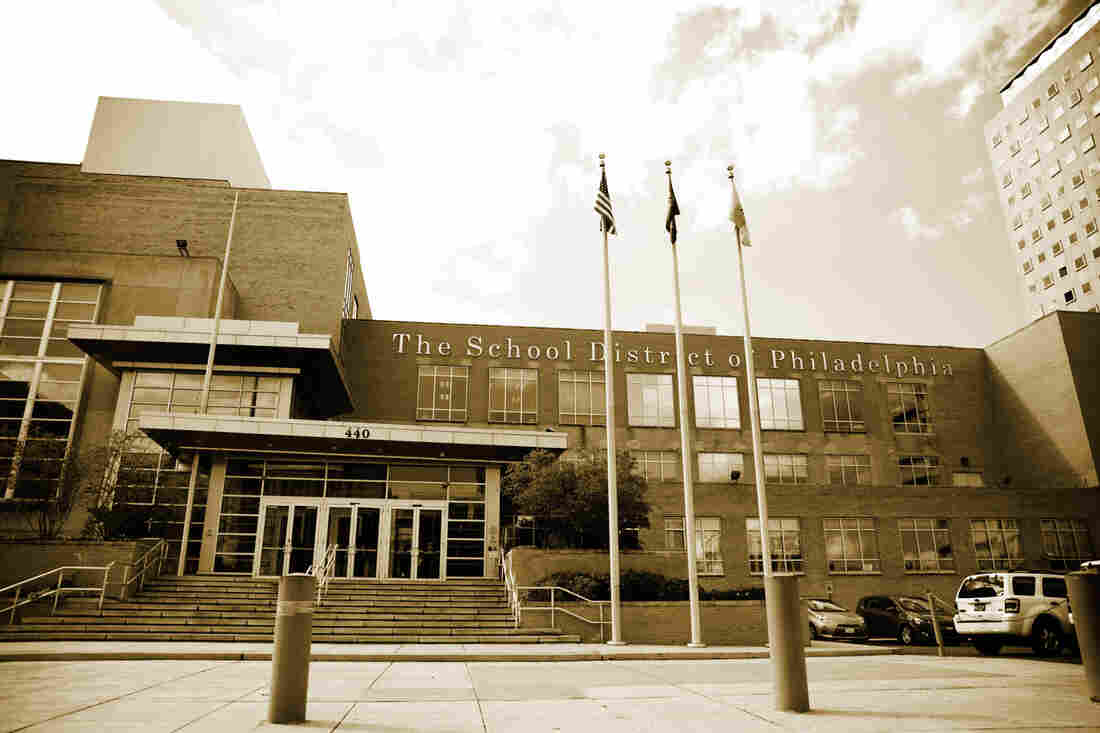 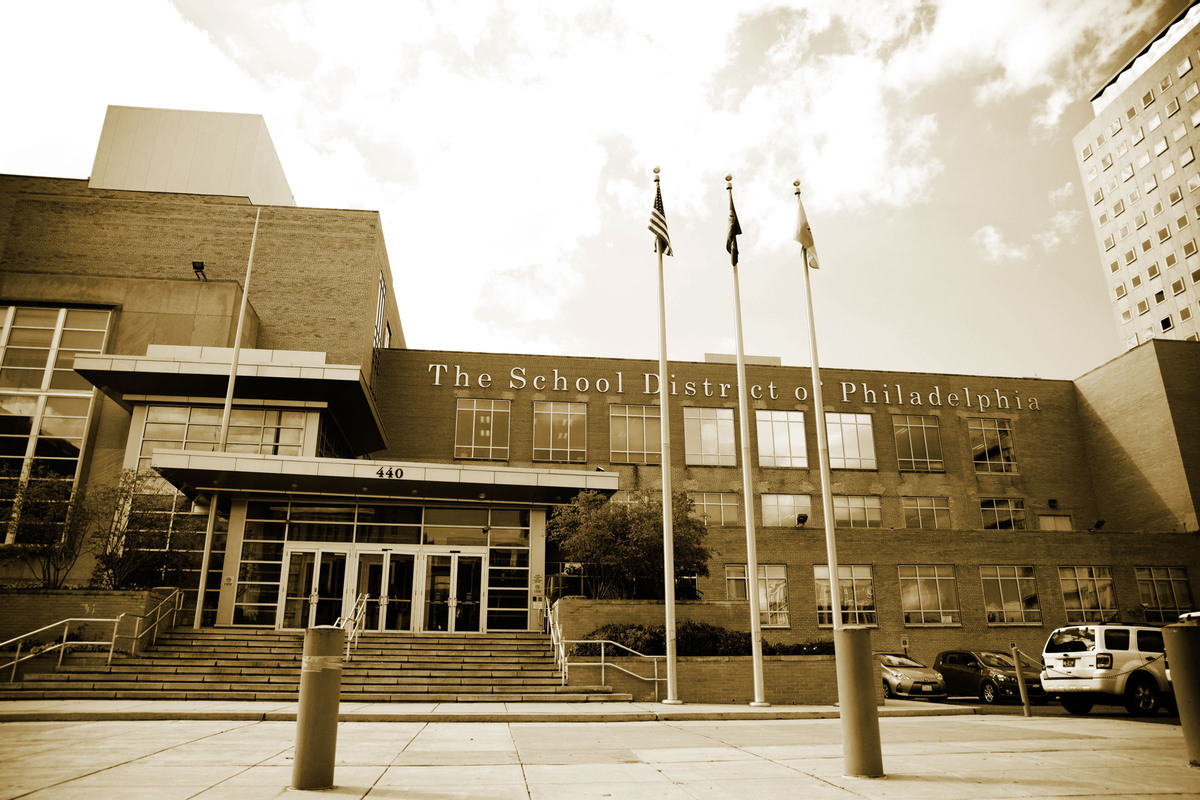 Trying to figure out why Philadelphia's public schools have been teetering on insolvency the past few years is no easy task.

But let's start with some basic facts. The district, the eighth largest in the nation, is entirely dependent on three sources of money: Almost half of its $2.8 billion budget comes from the city. A little over a third comes from the state. Most of the rest comes from the federal government.

Matthew Stanski, the district's chief financial officer, likes to compare this money to an "allowance." He says, "We're given an allowance and we have to determine what to do with that allowance."

The problem, says Stanski, is that it's not nearly enough. Only 36 cents out of every dollar goes to kids and classrooms. A huge chunk of money — $727 million — goes to charter schools, which compete with traditional public schools for resources in Philadelphia. Health care costs take up another $117 million every year.

Finally, says Stanski, there's the teachers' pension fund. It takes another big bite out of the budget.

"Lets say you're an employee making $70,000 a year." says Stanski. "That's about a $14,000 payment to your pension fund. It's just not sustainable and yeah, it worries me tremendously."

Philadelphia's school superintendent, William Hite, says the math just doesn't add up. The district, he says, has seen "years of reductions of revenue, years of spending beyond what the district was taking in — not just over the last two years but for the past decade."

Marjorie Neff agrees. She's a former principal and one of five members of the School Reform Commission that took over the district in 2001 to stabilize its finances. Instead, the commission has lurched from one budget shortfall to the next.

It has had to shut down 31 schools and lay off thousands of teachers, reading coaches, librarians, nurses and counselors in the last two years.

This school year, the district has been so short of cash, Neff says the commission had no choice but to cancel the contract with teachers to save money. As part of that action, the district will ask teachers to contribute to their own health insurance premiums.

"It was either take this action ... or face another year like last year," says Neff.

And, just like last year, teachers have taken to the streets. Jerry Jordan, the president of the Philadelphia Federation of Teachers, told thousands of teachers protesting in front of the school district offices that union members are simply not going to take it anymore.

"We will not allow them to accuse us of being greedy," he shouted into a bullhorn. "We sacrifice every day, buying paper. Buying books. Buying food for children."

Meanwhile, explaining all this to parents and kids has fallen on the city's school principals.

At Central High, one of Philadelphia's top performing schools, Principal Tim McKenna says his kids have been hit hard. In the last two years, the school has lost 12 teachers and five counselors. This fall, his parents have had to pay for paper the school could not afford.

Helen Gym has a son at Central High, and she has tried to organize parents across Philadelphia. She says parents are tired of all this.

Schools aren't just being starved, says Gym. The entire district has been turned into a costly experiment, especially with publically funded, privately run charter schools gobbling up a big part of the budget

"We're tired of charters, takeover schools, all this kind of stuff," she says. "It's reckless. Our young people don't need that. They need stability, security and they need financial investment."

Of course they do, says James Lytle, an expert on urban school reform at the University of Pennsylvania. But Lytle says it's unrealistic to think that the city, the state or the federal government are going to pour more money into Philadelphia's public schools any time soon.

"If you want high quality schooling, how do you go about providing it without spending a lot more cash? That's where charter schools have a real competitive advantage because they can target a lot more of their funding directly into classrooms," Lytle says.

That's not something that kids, parents or teachers at Central High are used to hearing about their school. But it hasn't been spared from budget cuts.

At the beginning of the school year, math, English and Spanish classes had 50-70 kids. Principal McKenna has since been able to hire a couple more teachers and one more counselor.

But with a $71 million budget deficit looming over the district, he says everybody should brace themselves for another round of cuts next school year.