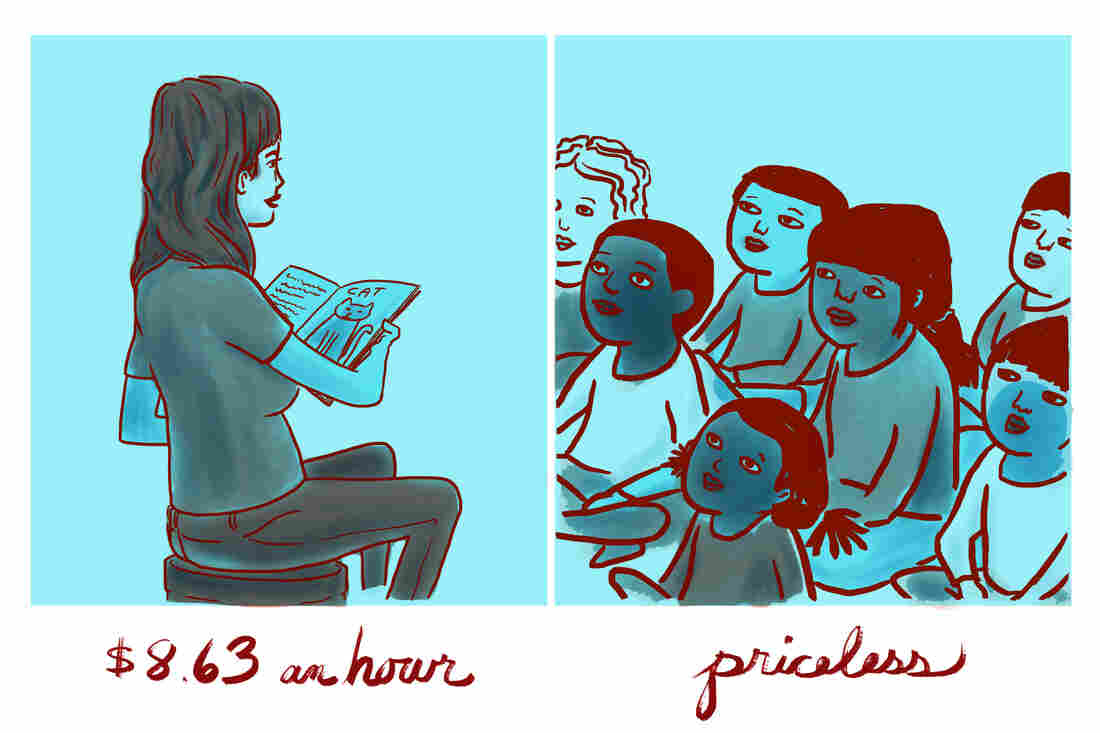 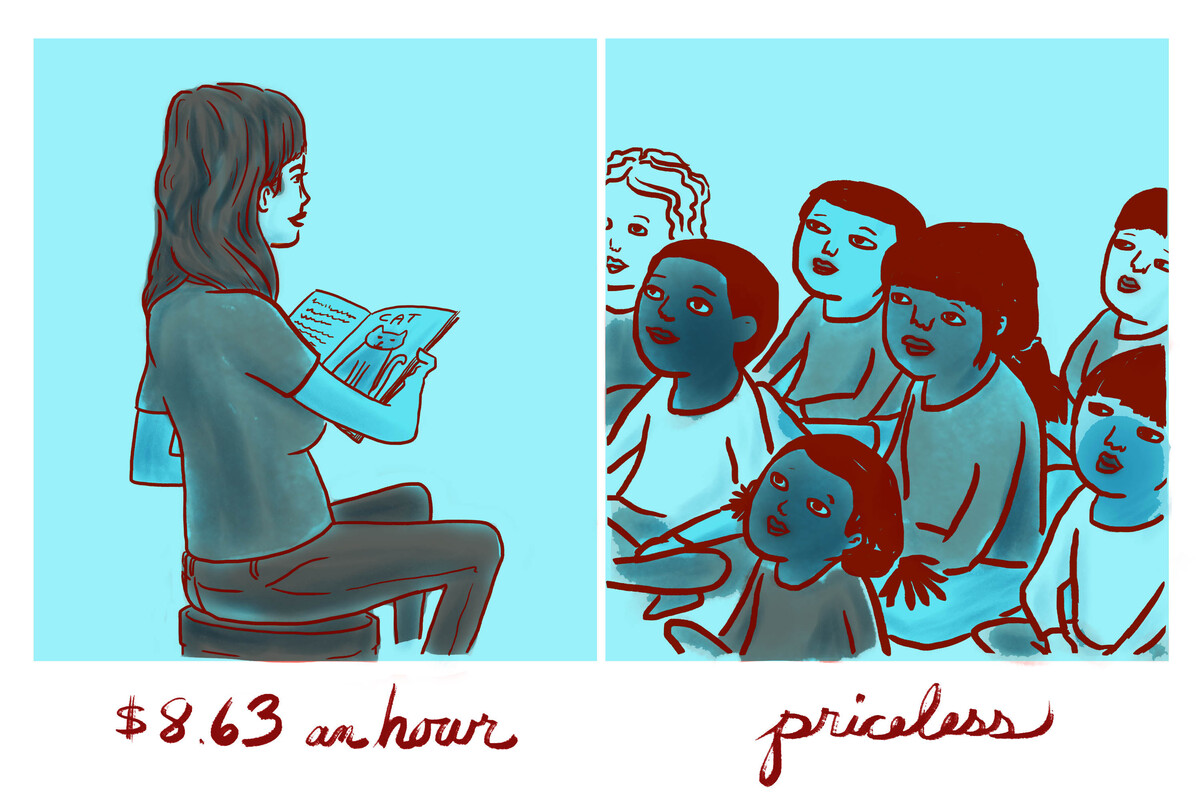 Right now, at preschool programs around the country, teachers are tapping infinite reserves of patience to keep the peace among children at various stages of development and need. They're also providing meals, wiping noses and delivering a curriculum in math and reading that will get the kids ready for school.

And there are hugs. Lots of hugs.

A working parent like me would say these services are priceless. But according to a new study from the University of California, Berkeley, the economy values them between $8.63 and $20.99 per hour.

That wide range depends largely on location and classification. Child care workers, who are more likely to work with younger children and in homes, have seen their real wages drop by a penny an hour compared with 1989, when this study was first conducted — from an average of $8.63 in West Virginia to $12.47 in Massachusetts. Preschool workers, who are more likely to work with older children in licensed centers and in publicly funded, school-based programs, earn more — from $11.57 an hour in Delaware to $20.99 in New York City.

Not only is the pay low, but the divisions within the profession are somewhat "arbitrary," says Deborah Phillips, a professor at Georgetown University and a co-author of both the original study and this update. The demands of caring for children who are just learning to speak and gain independence are, if anything, greater than the demands of caring for 3-year-olds. And kindergarten teachers earn far more than either category, even though there's mounting evidence that the social, emotional and cognitive benefits of high-quality programs for the very young can last a lifetime.

"There's a disconnect between our 21st-century knowledge about early childhood teaching and these 20th-century wages," says Phillips. "We desperately need educated young people to be working with young children, but they look at this job and say, 'It's a pathway to poverty. I can't pay my student loans if I do this.' "

Indeed, the study found that, among families where the head of household worked in child care, many were on public assistance: a low of 30 percent in Minnesota and a high of 59 percent in New York.

When it comes to workers caring for vulnerable young children, the researchers suggest, you get what you pay for.

"Wages come out as the strongest predictor of observed quality of care," says Phillips. "The caliber of teachers is tied to their wages."

Better-paid teachers and caregivers have lower turnover, can afford more training, and, not incidentally, are less stressed and preoccupied — not a small consideration when screaming tantrums are a normal part of the workday.

Any rise in wages is unlikely to come from private pockets. Even middle-class families often find child care unaffordable as it is, to the point where it's cited as a cause for a notable rise over the past decade in mothers staying at home.

"Policymakers and the business community are all now turning to early childhood education as one of the best investments we can make," says Phillips. "But if you don't pay adequate wages, you undermine the very thing that produces that value."