Accessibility links
Texas Hits The Books : NPR Ed For the first time in more than a decade, the Texas State Board of Education has adopted new social studies textbooks. But the process came with a few hiccups. 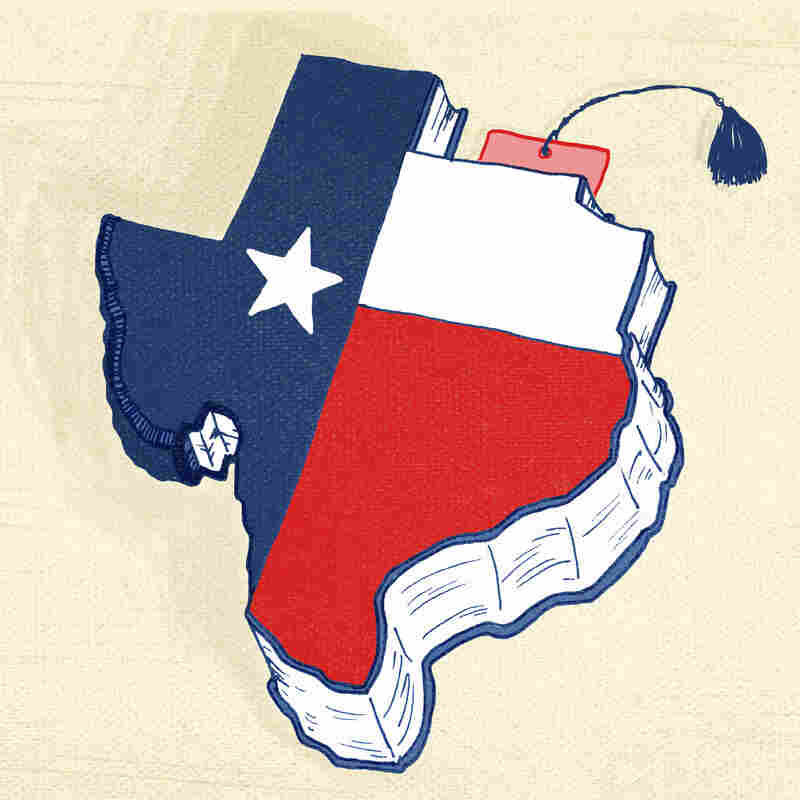 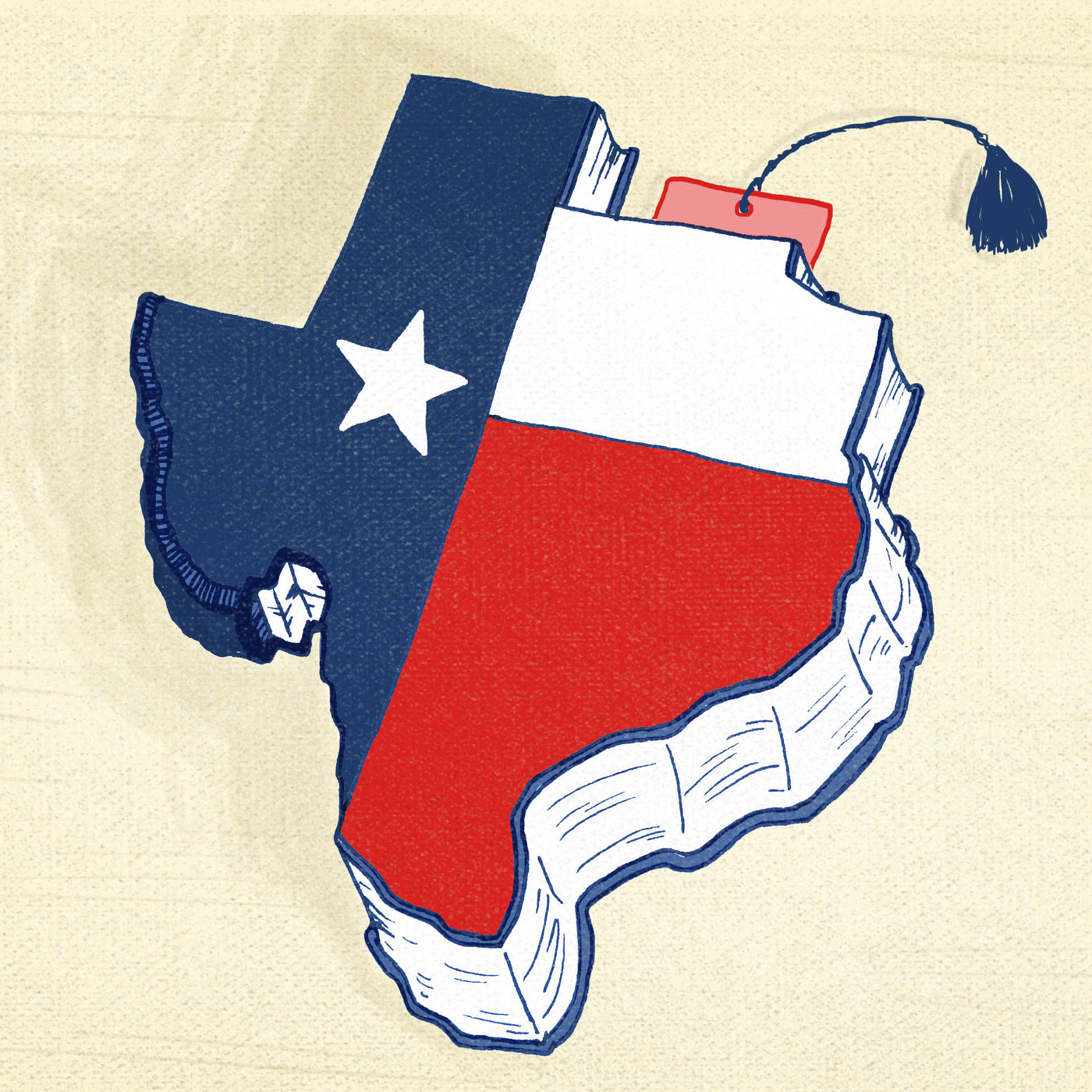 In the education world, all eyes were on Texas Friday.

For the first time since 2002, the Texas State Board of Education voted to adopt a new generation of social studies products. That includes some 89 textbooks, workbooks and other classroom materials. The vote matters because, with about 5 million students, the state has a big impact on the national textbook market.

As for what's in the books, that wasn't entirely clear until Friday. Activists and academics across the political spectrum took issue with the way some subjects were handled, and the process allowed them to lobby for changes until the last minute.

"Three of those on the list make a lot of sense: John Locke, Montesquieu and Blackstone. Those are all either British philosophers or Enlightenment thinkers," says Jennifer Graber, a professor at the University of Texas, Austin.

She says that these three thinkers are all quoted in America's founding documents. But, for Graber, the fourth person on the list raised a red flag: Moses.

"I think for many of us who are academic historians, it's a very ahistorical connection to make. Moses is not someone who is quoted in the founding documents," Graber says.

Moses is, however, mentioned explicitly in Texas learning standards, which is why the publisher included him in its textbook (and this is not the publisher's only textbook to include him).

The standards are called the Texas Essential Knowledge and Skills and were created in 2010. They state that high school students in U.S. government are expected to "identify the individuals, whose principles of laws and government institutions informed the American founding documents, including those of Moses, William Blackstone, John Locke, and Charles de Montesquieu."

The majority Republican, 15-member Texas Board of Education defended the standards during meetings this week.

The process to approve textbooks underscores how publishers that want to do business with Texas must make sure their books reflect the state's standards.

"The standards suggest that slavery was only the third most important contributing factor to the Civil War, which we all know is ridiculous," says Kathy Miller, president of the Texas Freedom Network, a left-leaning watchdog group. It contracted scholars at various universities to review the books.

The review found that at first, some publishers followed Texas' lead, downplaying slavery's role in the Civil War and emphasizing states' rights. But, after a long public review process and many complaints, they made changes.

"Publishers have improved their books and made clear that slavery was the driving force behind the separation between the North and the South and the Civil War, so we're pleased about that," Miller says.

Revisions have helped shaped these books. In fact, publishers were submitting changes even this morning, hours before the final vote.

Some members complained that they didn't have enough time to review all the changes. So the board decided to accept all revisions submitted by 5 p.m. Thursday and to review subsequent changes in February. And one national publisher, Houghton Mifflin Harcourt, withdrew a U.S. government textbook at the last minute. In a statement, the publisher said the book was for a "national program" and didn't meet all of the Texas standards.

Another point of contention: climate change. Josh Rosenau, programs and policy director with the National Center for Science Education, took issue with its characterization in books by megapublishers Pearson and McGraw-Hill.

"They were saying we didn't know what was causing climate change or saying that scientists were divided about whether humans were responsible," Rosenau says. "And that was just not true."

While both publishers declined to comment for this story, they did make changes in response to the criticism.

Rosenau says it's important to get these books right — not only for students in Texas but because, in the past, the state has been a powerful gatekeeper in the textbook market.

Some believe that influence is fading since so many states have adopted the Common Core State Standards — though Texas has not.

"Publishers and developers of content are developing products for the Common Core market primarily and then for other states, including Texas, on a secondary basis, where in the past it probably would have been the reverse," says Gates Bryant, a partner with Education Growth Advisors.

And that has some Texas education leaders on edge. To make sure they don't end up with materials designed for other states and other standards, the state government actually outlawed the Common Core in 2013.

In addition to these social studies materials for grades K-12, Texas also reviewed products in fine arts and math.

Students will use the books starting in the 2015-16 school year.