Accessibility links
Is Digital Learning More Cost-Effective? Maybe Not : NPR Ed Digital learning initiatives are spreading to schools across the country, but new research raises doubts about how well they work. 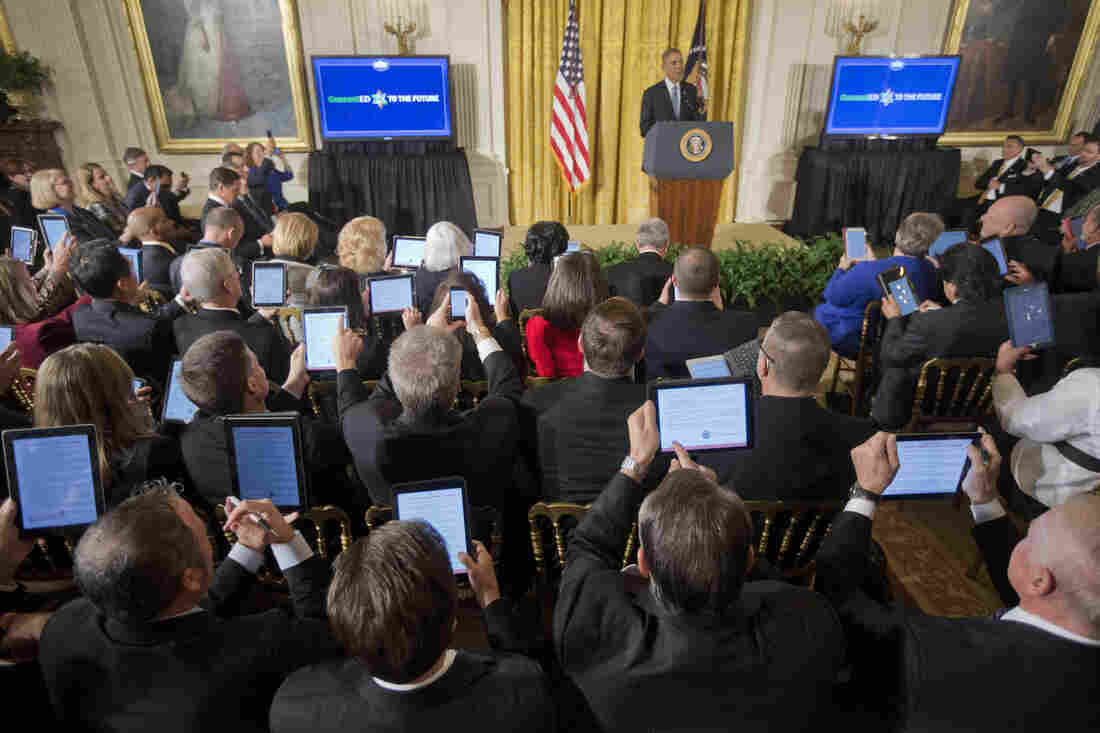 President Barack Obama instructs guests on signing a digital pledge as he hosts 'ConnectED to the Future', in the East Room of the White House. Pablo Martinez Monsivais/AP hide caption 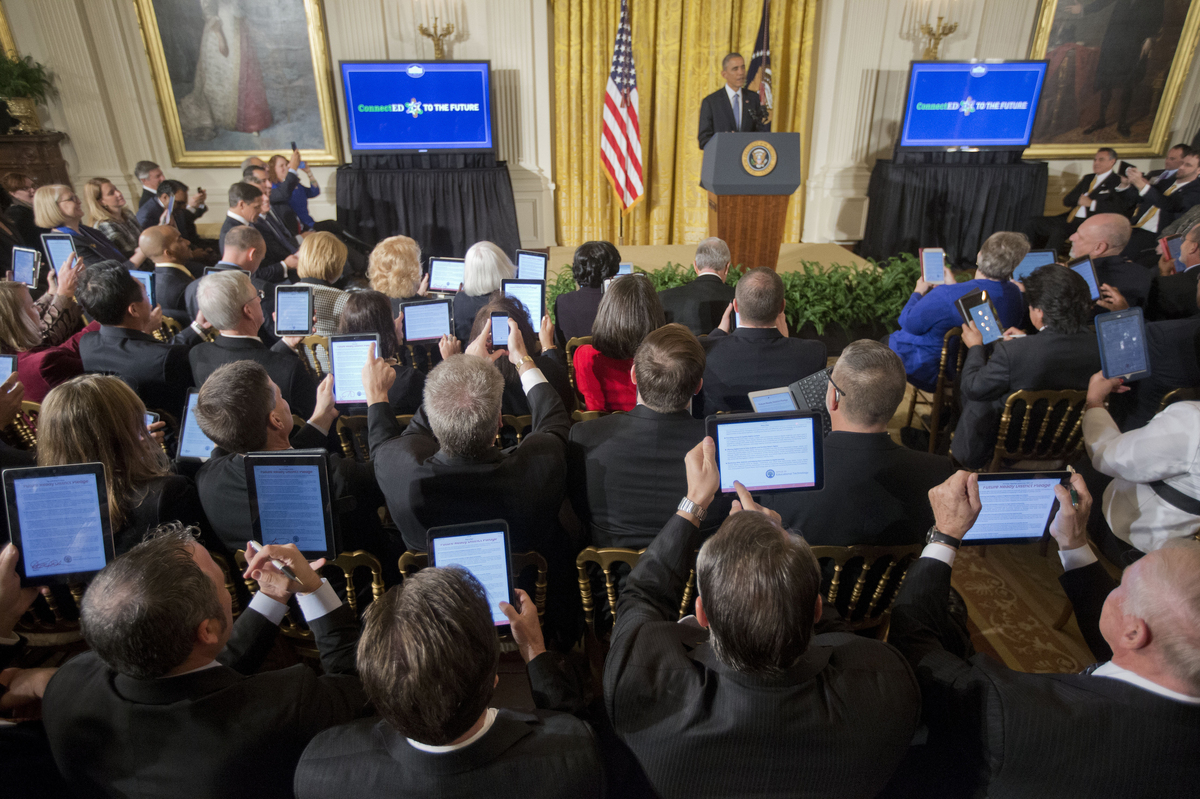 President Barack Obama instructs guests on signing a digital pledge as he hosts 'ConnectED to the Future', in the East Room of the White House.

Politicians from Jeb Bush to President Obama like to hype the revolutionary power and cost-effectiveness of digital learning, but a new study suggests, in many cases, it is neither more powerful nor cheaper than old-fashioned teaching.

Billions of public dollars have been directed toward digital learning initiatives in recent years, and the report from the National Education Policy Center, a research institute at the University of Colorado, found that they rarely improved outcomes. When they did, they cost more money, not less.

"On the whole, it is very difficult to have faith in the path we're going down," says Noel Enyedy, a researcher at UCLA who performed the analysis.

Lots of different kinds of digital initiatives are already in use, says Enyedy, but in most cases researchers don't really know what works and what doesn't. That means the consumers — local school districts — are buying blind. 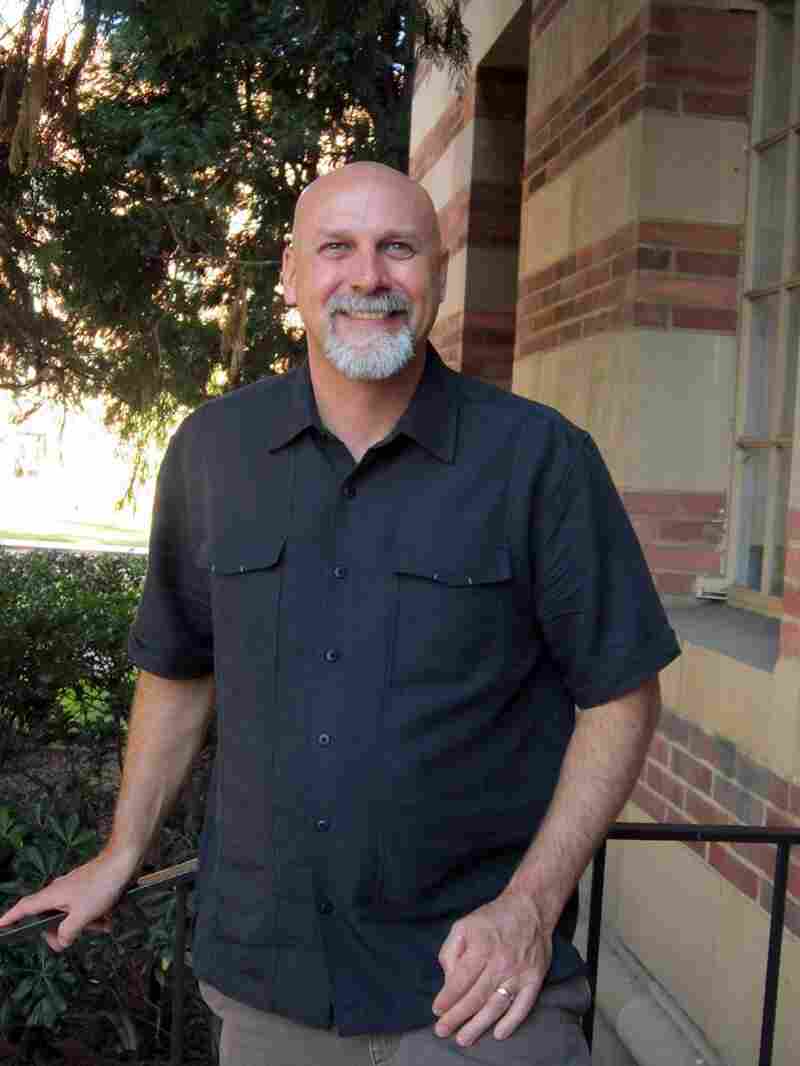 Making things even harder for those districts are buzzwords like "personalized instruction" and "personalized learning" that sound great — particularly to a superintendent worried about missing the digital bandwagon — but are a bit nebulous, like an "organic" label.

An example of blended learning would be the flipped classroom, where students do readings or listen to a lecture at home and then work on "homework" in the classroom.

In drawing on multiple studies, Enyedy found that online-only learning had no impact on student achievement and in some cases had a slightly negative impact. The results of blended learning were more mixed, but in cases where it improved student learning, it also cost more than traditional methods.

The takeaway: Teachers remain crucial to learning, according to Enyedy. When students are actively engaged with digital tools and their teachers, it can help. When the information comes down a one-way street, it's less effective.

Tom Vander Ark runs Getting Smart and advocates for speeding up the use of education technology. He thinks a slowdown on digital learning, as the report suggests, would be a terrible idea.

"We have the best chance that we've ever had to dramatically improve achievement rates for students," says Vander Ark. "That's me looking through the front windshield. It's entirely possible to look through the rear windshield as this group did and say 'That was dumb, and it didn't work.' "

Vander Ark points to countless anecdotal examples of success and cost savings in digital learning. The report does the same but notes that, on the whole, these successes merely counterbalance digital learning's many failures.

Vander Ark and Enyedy agree on one point: School districts should look carefully into exactly what they're buying when they shop for new "personalized learning" platforms.