Accessibility links
Mississippi Schools Sue State For More Money : NPR Ed Mississippi has long ranked near the bottom of the states in educational performance. In a bid to change that, 21 school districts are suing the state for more than $200 million in education funding. 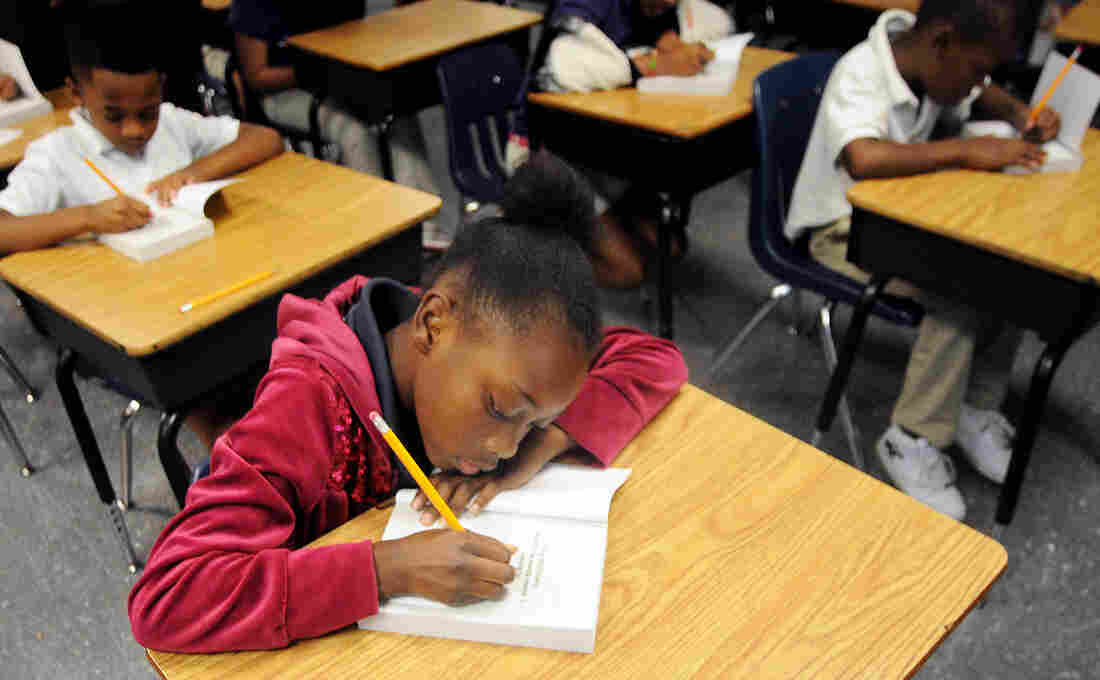 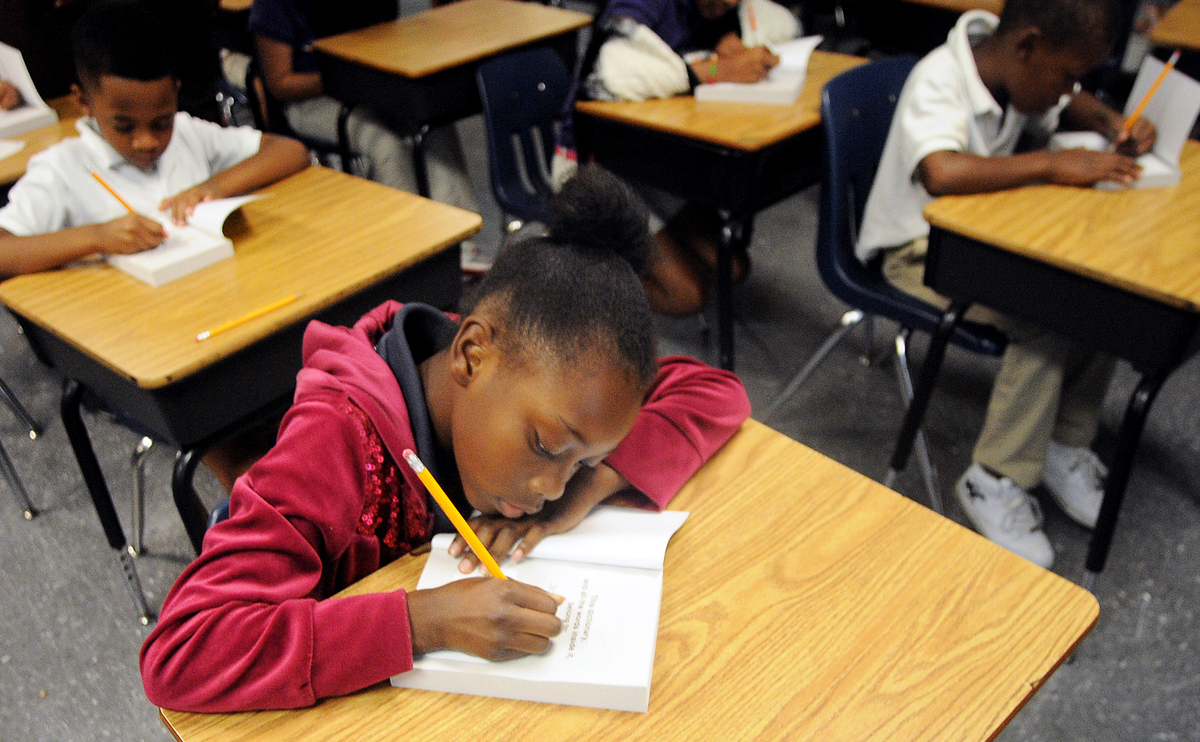 In Taneka Hawkins' classroom, 20 kindergarteners wiggle through a mid-morning dance break, waving their arms and jumping around to a guided dance video. It's busy, to be sure, and a bit crowded.

"The children are so small, and a lot of things that we do have to be so hands on, and it's kind of hard when it is more than 20," Hawkins says. A class size of 15, she adds, would be ideal. "I think we could reach more students with that smaller class size."

Hawkins teaches in Hattiesburg, Miss. Her state regularly ranks at or near the bottom in the nation for measures like student outcomes and per pupil spending. Now, nearly two dozen school districts think they have a way to break out of that rut: They're suing the state for hundreds of millions of dollars in funding.

If the effort is successful, the Hattiesburg Public School District would be in line for a $12 million boost — equivalent to nearly a third of its current yearly budget. The money could allow the school to hire more teachers and decrease class sizes, which would make it easier for the kids to get their wiggles out.

Mississippi's former governor, Ronnie Musgrove, is leading the lawsuit, giving the schools a high-powered advocate. "Our objective is to get as much money as possible back for every school district. We want to once again make education a priority in Mississippi," Musgrove says.

Mississippi is unusual in that it is one of few states that hasn't yet seen a lawsuit over education spending. Starting in the mid-1990s, school districts around the country began suing their state lawmakers over how education dollars were allocated.

While Mississippi is a latecomer to this kind of suit, its schools are demanding not just more money going forward but also past funding they believe they're owed.

At Hattiesburg's Woodley Elementary School, 93 percent of students qualify for free and reduced price lunch. Principal Felicia Morris says her budget is stretched so thin that she's turned to churches for extra staff. And she cannot make repairs to the nearly 60-year-old school building or purchase books needed to teach new Common Core standards, she says.

"So we are having to pull other resources to maybe get, like, half of the books. Where, if we had more money, we would be able to get it all and fund the other projects that we have — not to mention class sizes, with maybe possibly having more tutors," Morris says.

The lawsuit pits the schools against the state's Republican legislative leadership, including the powerful Lt. Gov. Tate Reeves, who has questioned the motives of the Democrat leading the suit. 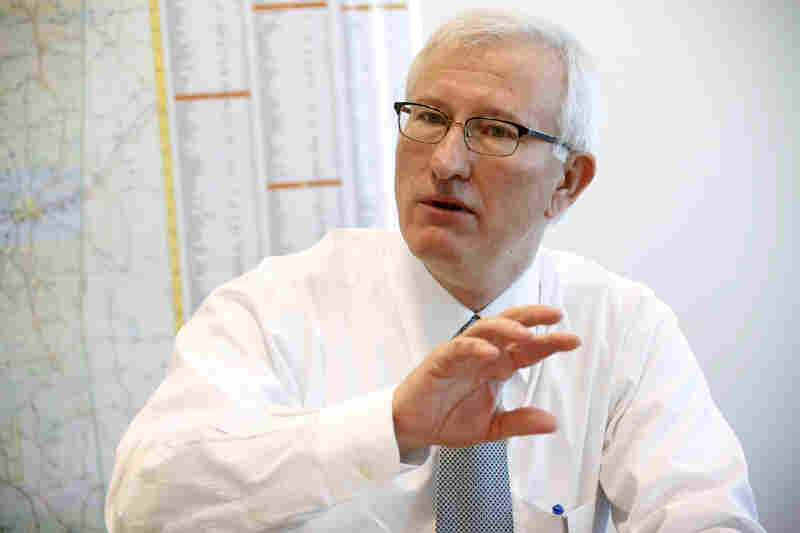 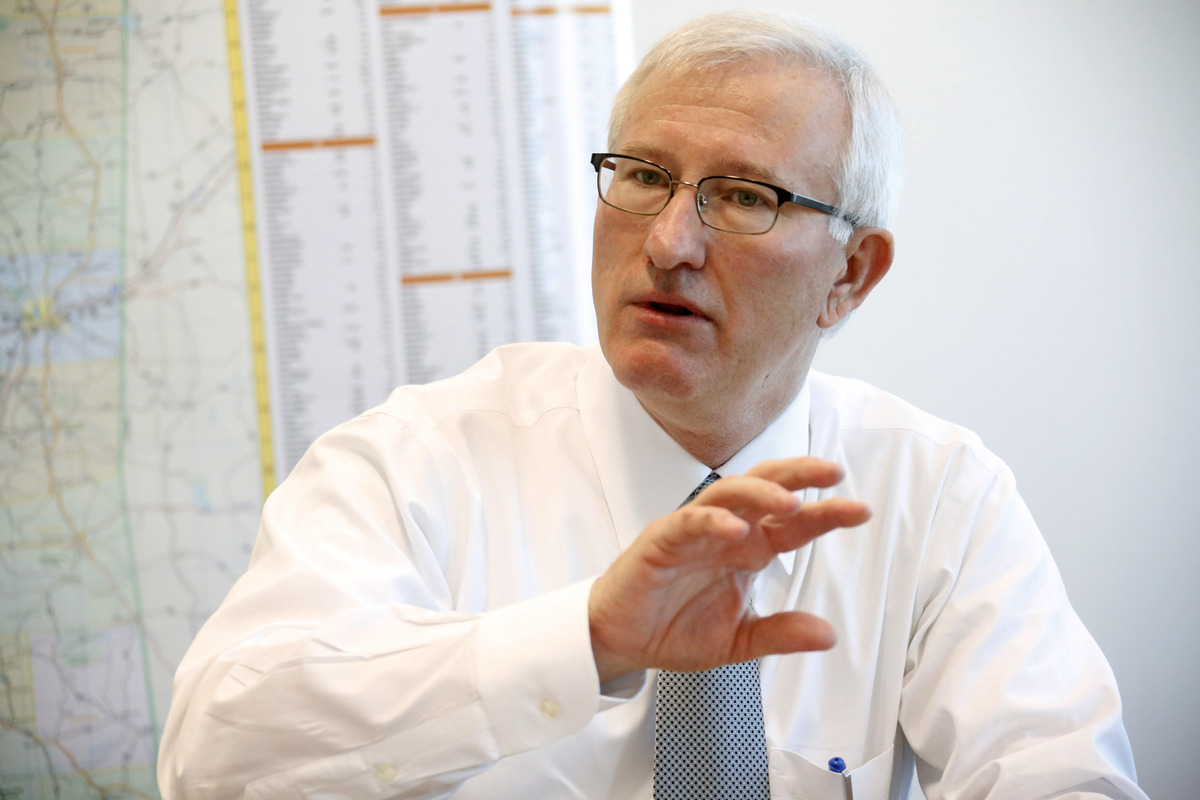 Former Democratic Gov. Ronnie Musgrove helped organize school districts in a lawsuit against the state for chronic underfunding of education.

"I think that the lawsuit gives former Gov. Musgrove the opportunity to make hundreds of millions of dollars in legal fees," Reeves says. "And I'm not sure that's in the best interest of Mississippi school children."

Conservatives also don't like the idea of courts becoming the arbiter of the state's education budget. It may be one of the smallest in the country, but it still takes up nearly half of Mississippi's annual revenue.

Molly Hunter, an attorney with the Education Law Center, says the lawsuit can help but warns that more money doesn't guarantee better education. "I don't know of anyone who says, 'Just throw money at it.' I think that the money has to be spent in an effective way," she says. "But there are lots of effective ways to spend it."

A ruling could come by the end of the year. If the judge rules in favor of the schools, it could mean lawmakers will have to find hundreds of millions of dollars in new education spending immediately — although they would likely appeal.