Accessibility links
Among Dartmouth's Lathes And Saws, Lessons In Creativity : NPR Ed In a woodshop on the Ivy League campus, Dudley Whitney shapes blocks of wood ... and the lives of his students. 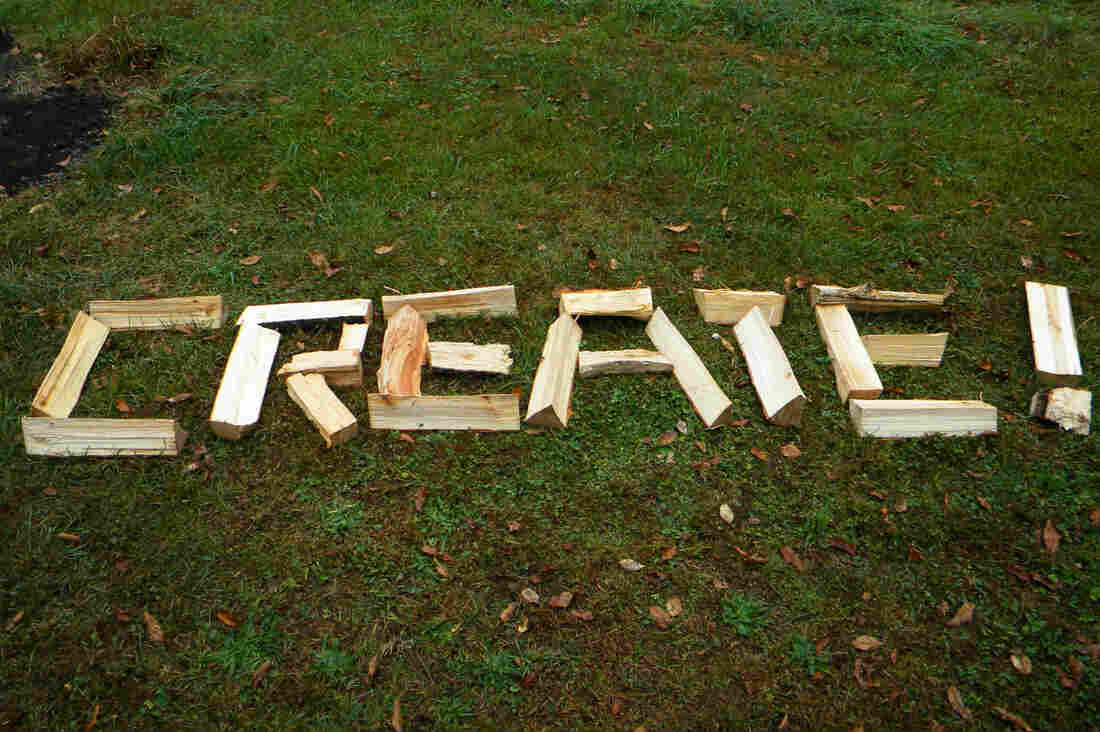 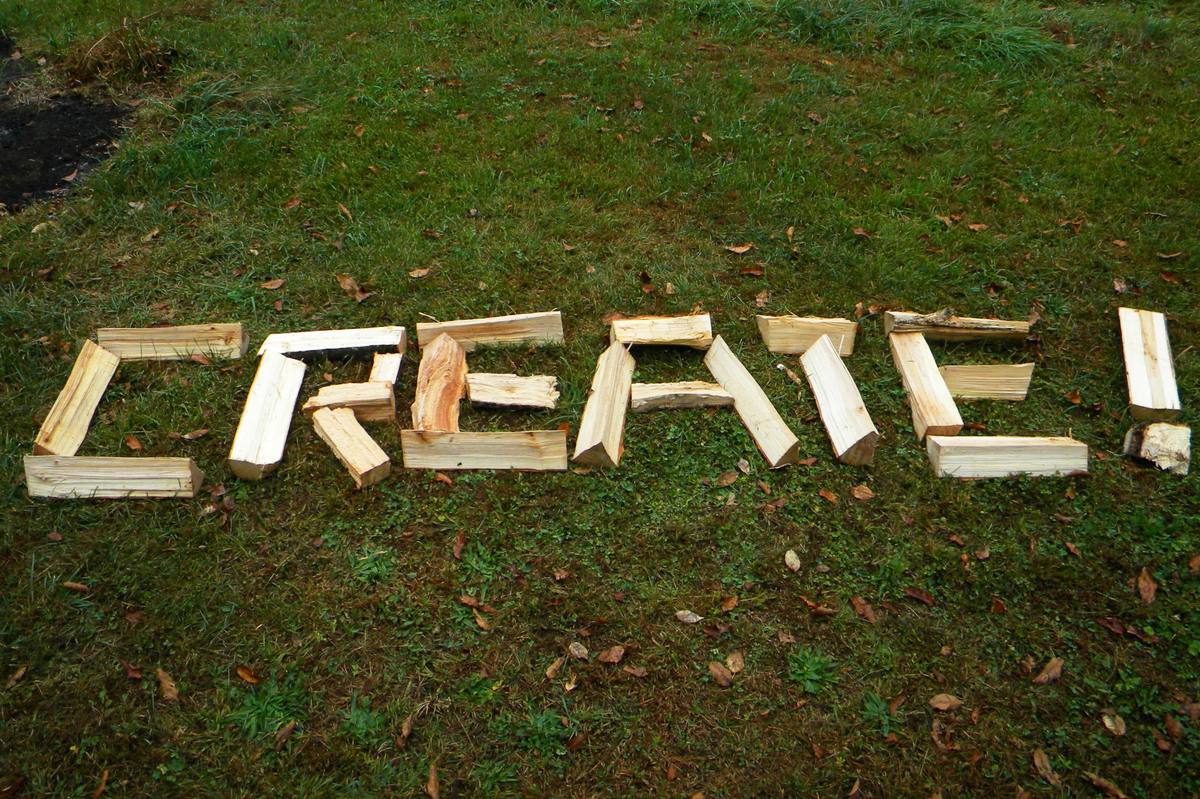 When I think of really fantastic teachers in my own life, one place and one person always leaps to mind.

He's in a basement room full of sawdust and loud machines. He's standing at one of the long workbenches, explaining complex operations with remarkable ease.

"There are a couple of adjustments that you always want to make with a band saw," Dudley P. Whitney tells a girl who's trying to cut a plank of wood into a circle.

Whitney has been teaching woodworking at Dartmouth College in New Hampshire for almost 30 years. 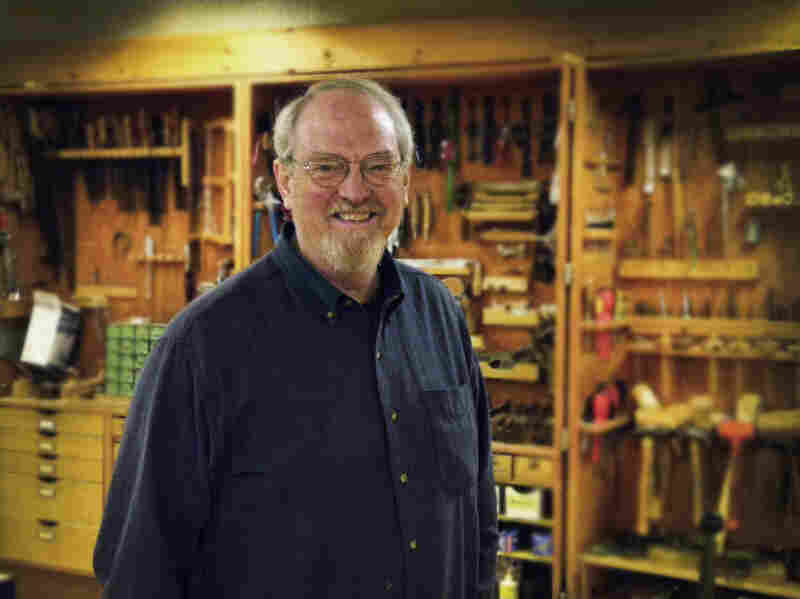 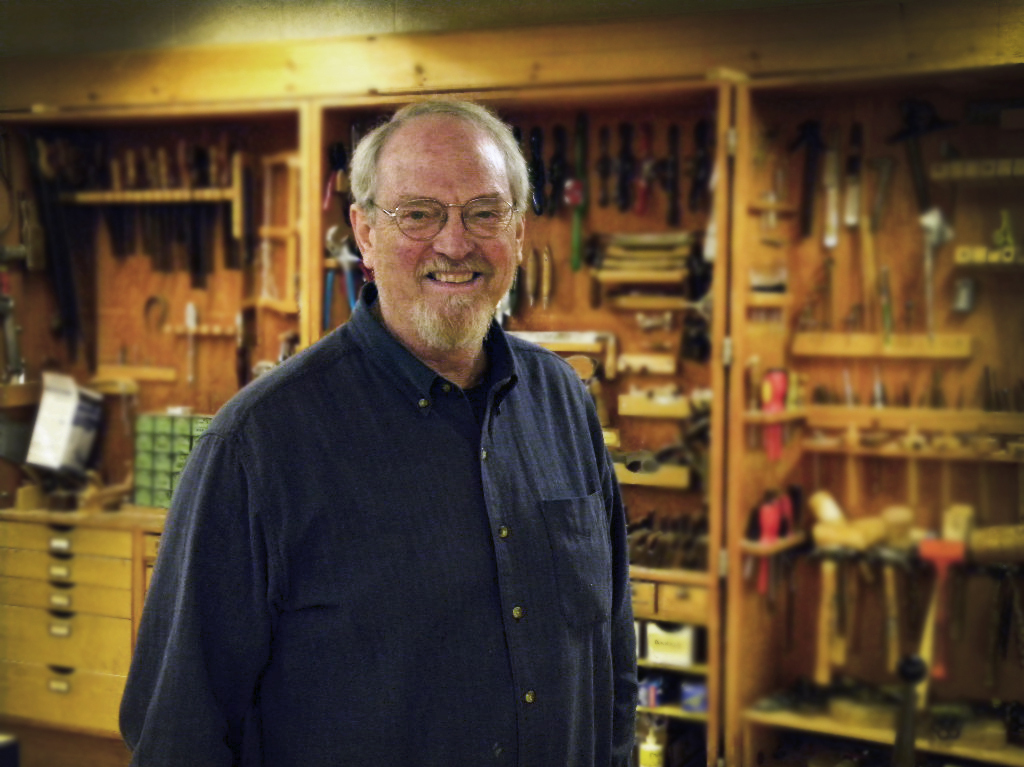 As a student at Dartmouth, I spent oodles of time in his shop. It's a place with no curriculum and no grades. The studio is open to anyone.

Students and professors can just swing by with an idea of something they want to make, and then they work one-on-one with Whitney or another instructor to learn how to make it.

During my four years, I carved bowls and built desks. But mostly I asked zillions of questions.

I knew Whitney was a really good teacher, but I didn't actually think about why. In the years since I've left school, I've noticed that things I learned in that basement shop have popped up in other aspects of my life. To me, that's a mark of great teaching — and yet not even Whitney could explain it.

"I have no idea what kind of affect the teaching that we do in here really does affect people," Whitney says when I ask him about this recently. "How they carry it around with them. Where they go with it. How they remember it. No idea."

Just how much he influenced me and many others became obvious four years ago. Dartmouth College was having financial difficulties, and Whitney scaled back from full time to part time. As word got around, Whitney started getting letters. Dozens and dozens of them.

One former student after another wrote about how Whitney had changed their lives.

"I have come to cherish his guidance in the wood shop," said one, "because he values my ideas and has the insane know-how to help me make them into something tangible, special, and worthwhile.

A senior faculty member quoted a student who said he had had great professors in college, "but the best teacher I ever had was Dudley Whitney."

These days, Whitney is quasi-retired and works only a few days a week.

During my visit to talk with him for this story, I keep asking what exactly it is that he does, what makes his teaching so special. He says he genuinely doesn't know.

Jennifer Mueller does know. She's a professor at the University of San Diego, and, for 15 years, she's been studying creativity.

As she told me about the key ingredients necessary to teach creativity, I suddenly realized that they are exactly what I remember from Whitney's wood shop.

Mueller says you have to get rid of this stereotype that creativity is unleashed.

"There is this impression that: Give students freedom and they'll be creative. And what we know is that they need some structure upfront," says Mueller.

They need a well-defined problem — like building a piece of furniture — and they need to know the constraints and the range of possibilities.

That echoes something Whitney said: "You start with a stick. And they've never started with a stick before. And the next thing you know you're making decisions."

At that point, he says, the student doesn't even know the possibilities.

"So that's my job in a lot of ways, just to help people discover the possibilities. The potential of a stick of wood."

Think about it. That's a recipe for creativity. One you can apply to all sorts of pursuits: a lump of clay, an unknown disease, a string of computer code.

Whitney illuminates the possibilities but says he never picks from among them. That's the student's job. Jennifer Mueller says that's exactly what the research says is important.

It's Got To Be Fun

Another key ingredient for creativity is having fun — being intrinsically motivated.

It's that way at the Dartmouth wood shop. No classes. No requirements. Everyone is there because they want to be there.

A native New Englander, Whitney played hockey, dropped out of Yale and sold dictionaries. He says he simply fell into woodworking, and recalls the first thing he ever made: a couch.

"It was plywood," he recalls. "We were young, we were foolish, and we needed a place to sit. I liked it just because I had put it together in ways I'd thought of by myself."

And that, he says, felt good.

The Uncertainty Of Something New

But creativity involves something we don't always feel good about: uncertainty.

"Where there is no answer, there is no clear answer, we don't like that type of uncertainty at all," Mueller says. "We really hate it."

She says this is hard for students: that blank piece of paper. It's hard for businesses: Will people buy the product? Uncertainty is hard for everyone, but research shows it's key to thinking creatively.

Whitney says most people who come into the shop have no experience designing things or working with the "big bad machines" in the shop. So, he says, the whole process starts with people taking a big risk.

At a workbench drenched in fluorescent light near the front of the shop, Whitney helps undergraduate Jonathan Brink-Rovy use a handheld router to hollow out a space. They take measurements in fractions of an inch and fiddle with the stopping mechanism.

Brink-Rovy is making a set of speakers completely from scratch. The driver, woofer and tweeter are laid out beside him.

He's an engineering student; he works in metal. "It's cold, and everything comes out the way you've designed it," he says.

But the wood shop feels completely different. He never knows exactly how things will turn out. Or even if they'll turn out at all.

Dudley Whitney thinks the possibility of failure is actually OK. "In fact," he says, "sometimes that's where they learn the most."

What's kept Whitney coming back each year isn't the idea that he's teaching creativity — after all, he'd never really thought about it that way. Instead, it's a look of wonder he sees in student's eyes.

Then he tells me a story: Standing between the planer and the wood rack was a guy. He was a graduate student in biology.

Whitney saw him from across the shop. He looked upset, and his eyes were welling up with tears. Whitney went over to him, "Jim, you OK?"

The boy looked up.

"I just can't believe that you can take ... this," he said pointing to a rough piece of lumber, "and send it through that machine and come out with this." He looked down at the other piece of wood in his hand. It was perfectly smooth and flat.

"It changed his view of the world at that point," Whitney says. "How could it not?"

I remember where I was standing — on the other side of the shop — when I had that same moment, realizing the potential of a stick of wood and my own potential to shape it.

Looking back through all those letters written about Whitney, many of his students had that moment too. Now, they notice details they never saw before. They look at problems differently.

They realize they are capable of creating.