Accessibility links
Teachers Go Door-Knocking In Nashville : NPR Ed In Nashville, Tenn., several public schools are struggling to compete with nearby charters. To recruit more students, teachers are tearing a page from the charter playbook: going door to door. 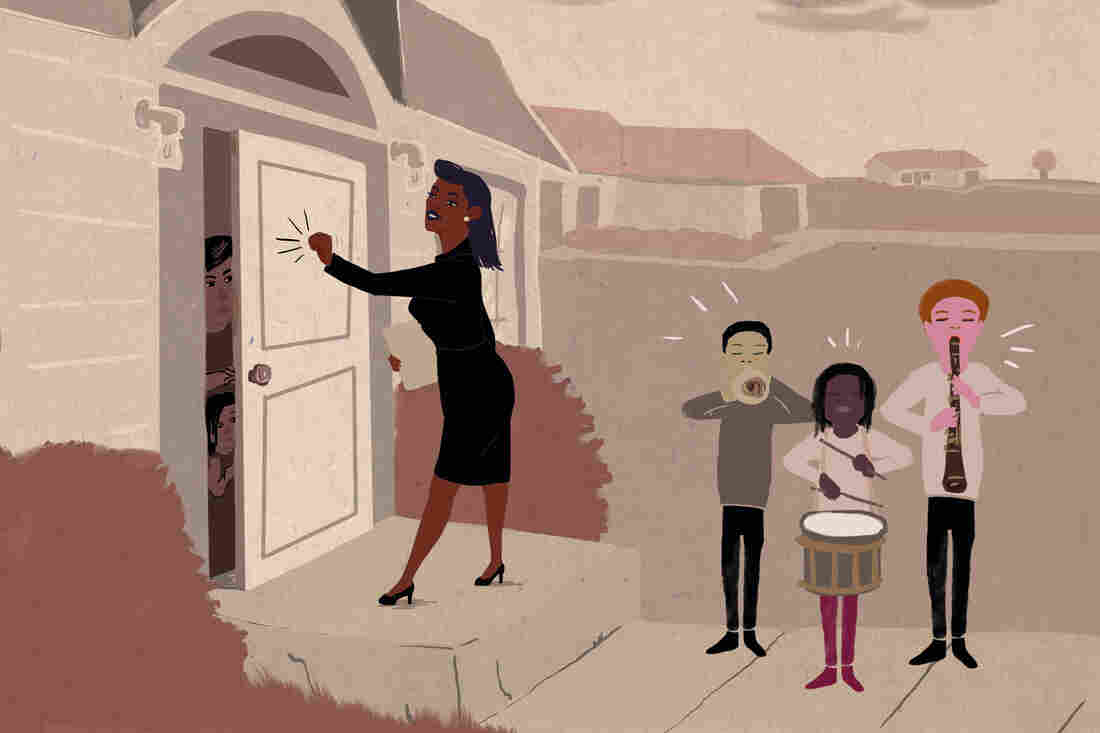 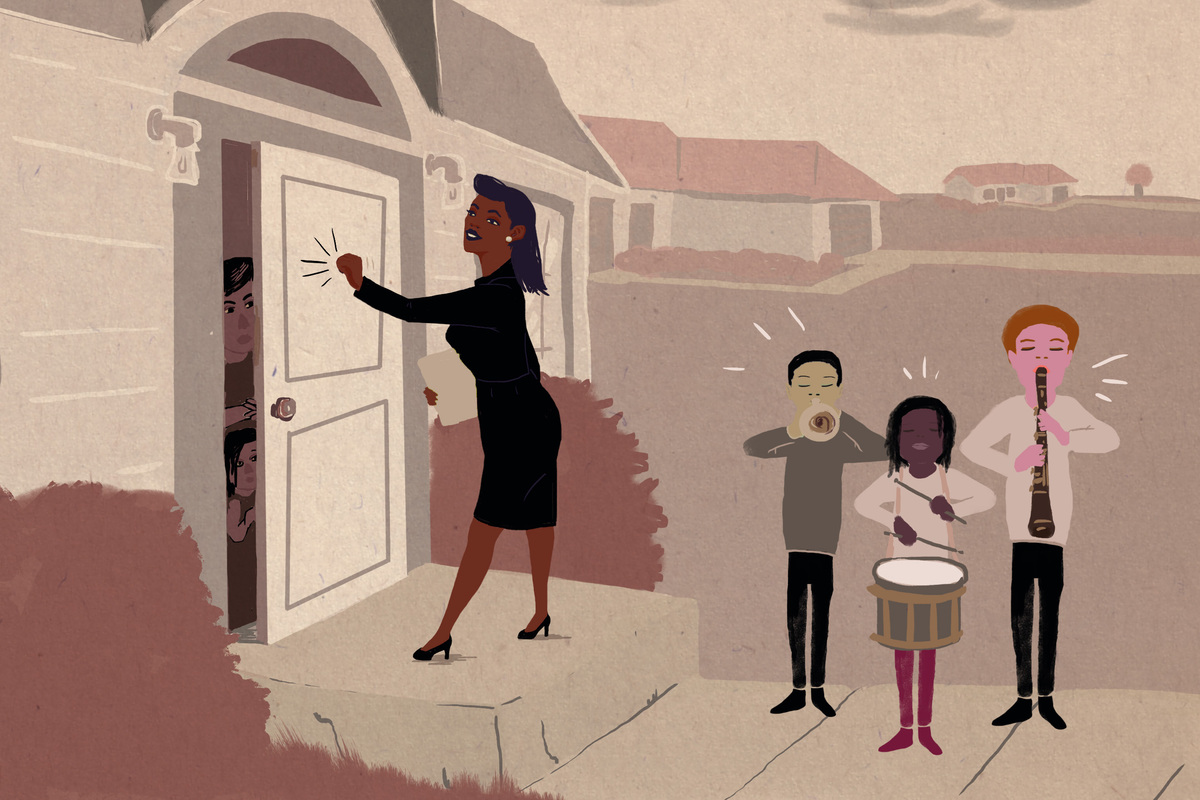 Teachers in Nashville, Tenn., are knocking on doors to recruit students for public school.

It's Saturday in East Nashville, Tenn., and LaTonya White finds herself knocking on a stranger's door. It's awkward. Someone peers out at her through the window. White looks away, pretending not to notice. After an uncomfortable few seconds, the door finally cracks open. White seizes her chance:

"My name is LaTonya White. I'm the principal at Rosebank Elementary School. How are you doing?" she asks, glancing at the clipboard in her hands. On it: a list of families in the area with soon-to-be kindergartners. "Yes, you should have a child ready to come to school soon."

Canvassing for potential students — and honing this kind of front-porch pitch — are standard for charter schools. But for traditional public school leaders like White, it's unfamiliar territory. Still, it may quickly become an expectation as urban districts around the country grapple with destabilization related, at least in part, to the growth of charter schools.

Here's the challenge: Nearly half of all students in East Nashville don't attend their zoned school. Part of that is the district's own doing. Open enrollment, a rising trend in districts around the country, made it so that students in Nashville can attend school just about anywhere they want — as long as there's an open seat. And in East Nashville, competition is fierce among a crowd of private schools and charters.

Traditional public schools stand to lose a lot. With every student who chooses to leave his zoned school, roughly $10,000 of per-pupil funding goes with him. That's why superintendent Jesse Register wants his schools pounding the pavement.

"I think [charter schools] have done a better job of getting out and recruiting and canvassing in neighborhoods, and I think we need to learn from that," Register said following a meeting with parents at one of East Nashville's struggling, undercapacity schools.

But there's a sense that marketing schools shouldn't fall on teachers. Judging from the amount of coffee and doughnuts set out for the volunteers at Rosebank's inaugural canvassing event, they were hoping for more than the half-dozen teachers who actually showed up.

Art instructor Carla Douglas took time out of her Saturday to canvass but says many of her fellow teachers think recruiting is someone else's job.

On a tree-lined street, several cousins — all Rosebank students — run up to Douglas and White.

"Hey, how are ya'll doing?" White asks. "You're not used to seeing me on Saturday."

The kids live with their grandmother, Melba Hardison, who offers some reconnaissance help.

"That house right over there and that house over there have got like pre-K kids, I think," Hardison says, pointing across the street. "They may be going to private school, so you may want to go talk to them."

Hardison's block is typical of East Nashville — very mixed income. In some homes, multiple families live under one roof. Across the street, mother Danielle Sloane is a partner at one of the city's biggest law firms.

"It sounds bad. I love the diversity of East Nashville. I want to promote the diversity. We moved here for a reason, but you still want the opportunity for your children to continue to progress even while those kids are coming along," Sloane says. "So it's a very difficult line, and, for families, you don't want to take a chance with your kids, right?"

Sloane says she visited several charter schools before landing a spot for her daughter in one of the district's most sought after elementaries: Lockeland Design Center.

Sloane admits she doesn't want to see her neighborhood school wither away but wishes Rosebank teachers had reached out earlier.

"You know, now we're sort of set," she says. "And you're not going to just transfer schools that easily."

It may take a lot more door-knocking for zoned schools to see any bump in their enrollment numbers. And, if the bump never comes, undercapacity schools have been threatened with closure or possibly conversion — to charter schools.