Accessibility links
Q&A: J Is For Jihad : NPR Ed A new book argues that education aid, when done badly, can bring the opposite of peace. 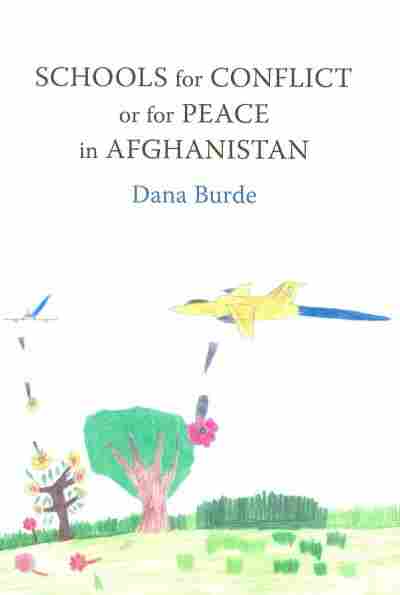 Schools for Conflict or for Peace in Afghanistan

Letter M (capital M and small m): (Mujahid): My brother is a Mujahid. Afghan Muslims are Mujahideen. I do Jihad together with them. Doing Jihad against infidels is our duty.

These words come from a textbook written to teach first-graders Pashto, one of the two official languages of Afghanistan. In the primer, eight of the 41 letters of the alphabet contain similar references, to guns, swords and defending the homeland against infidels.

As part of its support of the Afghan resistance to Soviet invasion, the United States Agency for International Development spent $50 million on a "jihad literacy" project between 1986 and 1992.

The U.S. government paid for and approved curricular materials for small children that emphasized religious war. The books were reprinted and remained in wide circulation until the mid-2000s, when the post-invasion Afghan government introduced revised versions. But Dana Burde bought the book that contains the passage above at a market in Peshawar, Pakistan, in February 2013.

Burde is a professor of international education at New York University. Her new book, Schools for Conflict or for Peace in Afghanistan, explores the complications when foreign governments and aid organizations get involved in supporting education in regions marked by crisis. There are surprising lessons for the U.S. as well, as Burde explains in our Q&A:

What is jihad literacy? How are we to understand the legacy of the "mujahideen textbook" program?

People have written about this before. I didn't know [all the details] until I went to the region. I was shocked.

Picture yourself in the mid-'80s. Preventing and countering Soviet expansion was a single-minded focus in the United States and across the West. After the balance of power shifted and the shah of Iran was overthrown, there was an enormous amount of suffering among the Afghan people, and an exodus of epic proportions, similar to the Syrian refugee crisis today. There was a lot of outpouring of support on both the right and the left for Afghans struggling against the Soviet occupation.

As part of this war effort and consistent with the spirit and goals of the time, the alphabet of jihad literacy tried to solidify the links between violence and religious obligation.

I think it's an important part of the story to recognize the incredibly positive outcomes that are happening with aid to education today. The primary way that USAID has supported education has been terrific.

What does the research say about the effects of these kinds of materials?

We don't have any controlled studies. When you look at really intolerant, biased content, whether these books, or those in Germany pre-World War II, or in Rwanda before the genocide, all of these things condition people toward ideas, stereotypes, biases, and I think that's clear that it has some influence on underlying conditions for conflict.

You spend a little time discussing the opposite idea — the possible benefits of curricula or programs like Seeds of Peace (which brings together Israeli and Palestinian youth to discuss peace) that can encourage peace instead of war.

There are some small studies that have promising outcomes. But there's a lot of selection bias.

In a context where people are experiencing violence every day in their lives, education is not going to fix that. And the hopes that are pinned on education are so high.

That happens in the U.S. as well, of course, where we sometimes look to education to overcome the effects of poverty and trauma.

You are the editor of the Journal on Education in Emergencies, the journal of a network of practitioners doing education aid in conflict regions. You argue in the book that education has often been neglected in international humanitarian efforts. What does that phrase — education in emergencies — mean? 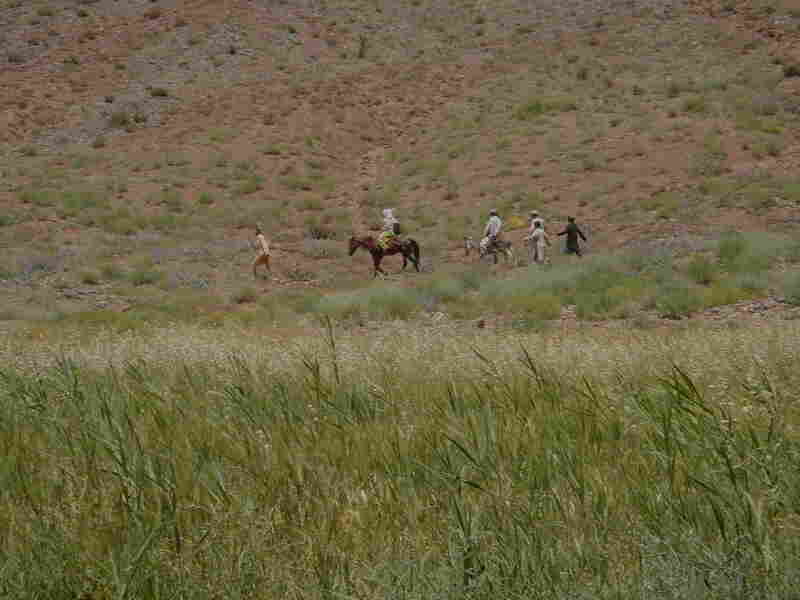 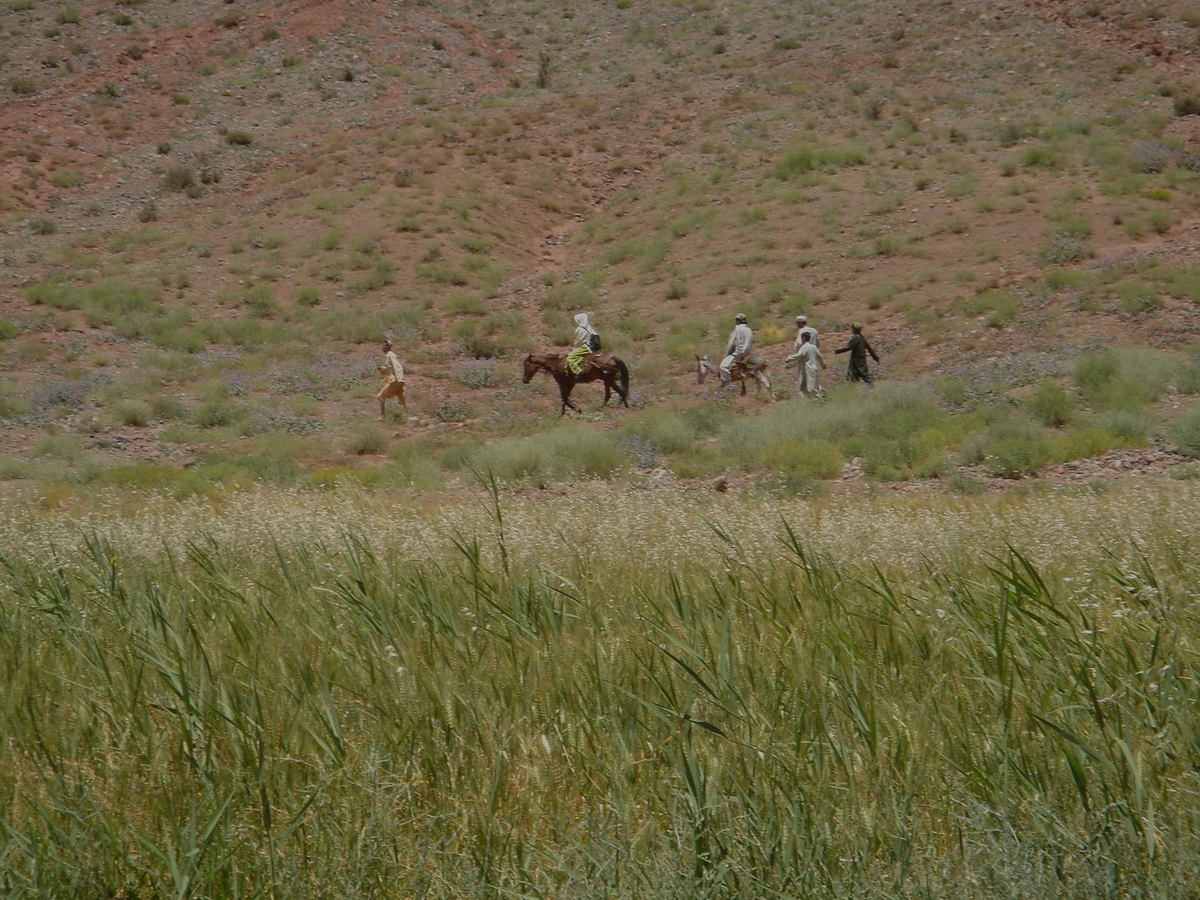 Dana Burde did fieldwork in Afghanistan starting in 2005.

It's such a tension, isn't it? People living in countries affected by conflict are often in crisis, and their needs are dire and urgent. People are eager to respond immediately. But if you're responding to an emergency, you think of an ambulance, not of a school.

One of the emerging innovations is the idea that learning can take place anywhere. And that's one of the features of what I call community-based schools.

What are community-based schools?

Well, they don't have structures. They take place in someone's home or a mosque. The community will take the initiative and contribute the space, supply the teacher and sometimes supplement the teacher salary or contribute in-kind support. The government typically provides textbooks, and an NGO will take up the management, the teacher training, monitoring and provisions of supplies.

And why is this such a powerful idea?

Well, my research found that they've eliminated gender disparity in access to education in some areas of rural Afghanistan. It's remarkable — really dramatic.

This is one of the few ways they can reach the overwhelmingly rural population, isolated in small settlements.

Right. A New York City parent wouldn't let a 5-year-old walk 2 miles to go to school. And these are places where there are barely even roads. So primary schools have to be really local.

The issue for parents in Afghanistan is not that they aren't interested in education. Parents will cite a hadith, a saying of the Prophet Muhammad, that Muslims have to seek knowledge even if they have to go to China to get it. I even heard a 12-year-old boy saying this.