Accessibility links
North Carolina Rethinks The Common Core : NPR Ed Some states have been quick to drop the new national academic standards — but North Carolina is taking its time before deciding the Common Core's future in 2015. 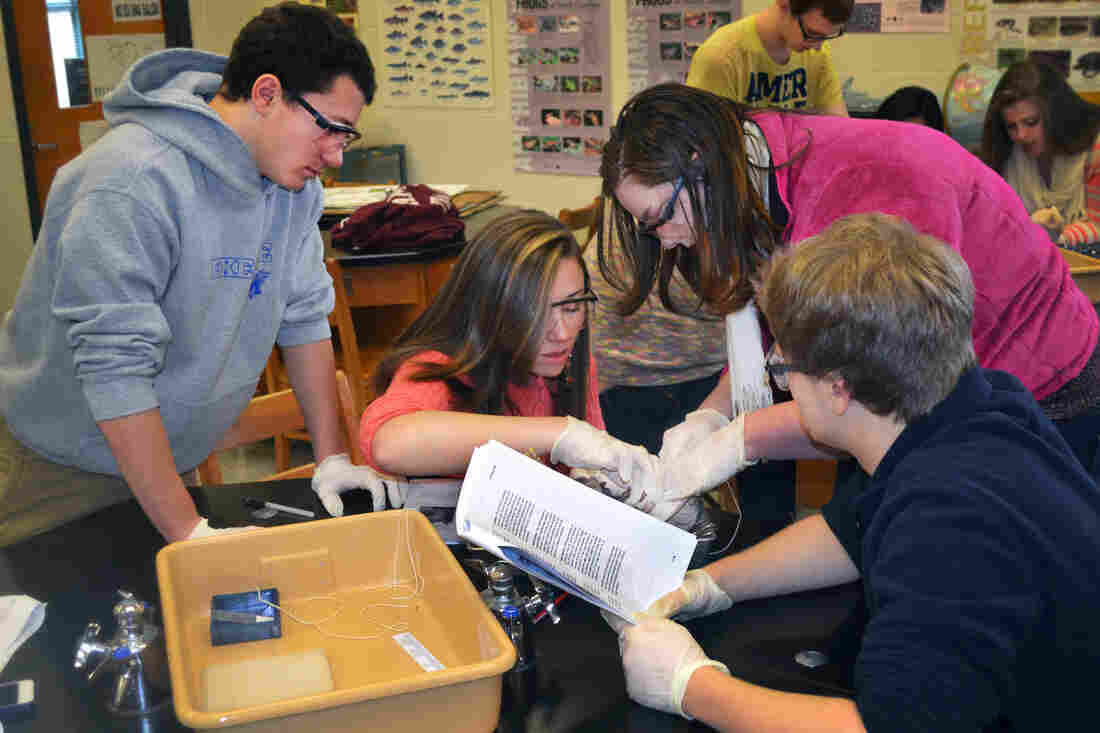 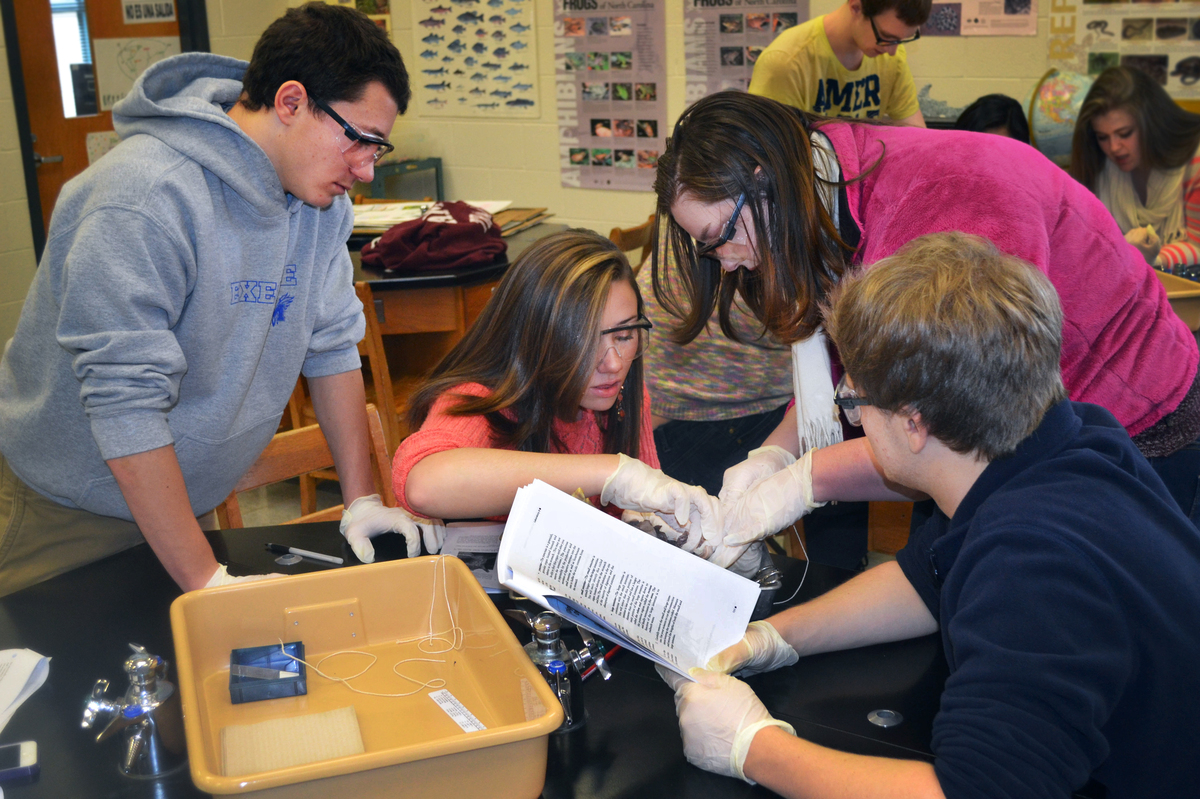 It's shaping up to be an interesting year for the Common Core, barely five years after 45 governors embraced it. A few states have already repealed the new math and reading standards. Others are pushing ahead with new tests, curriculum and teaching methods aligned to the Core. 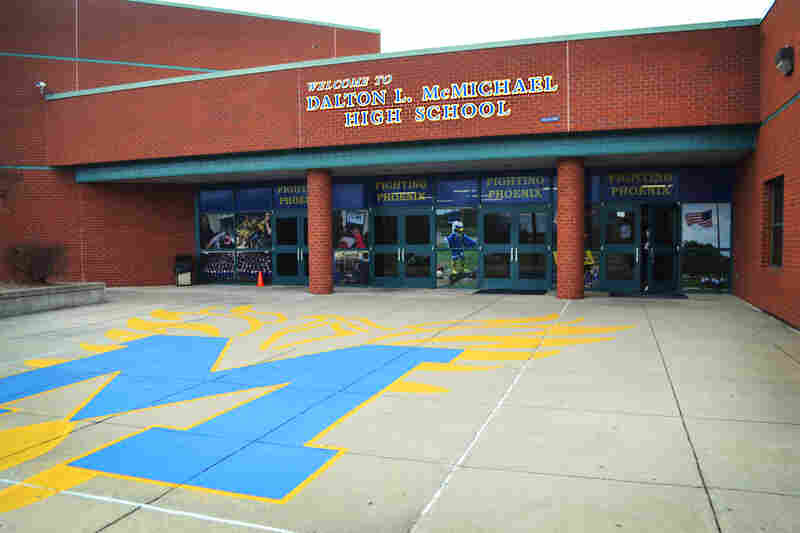 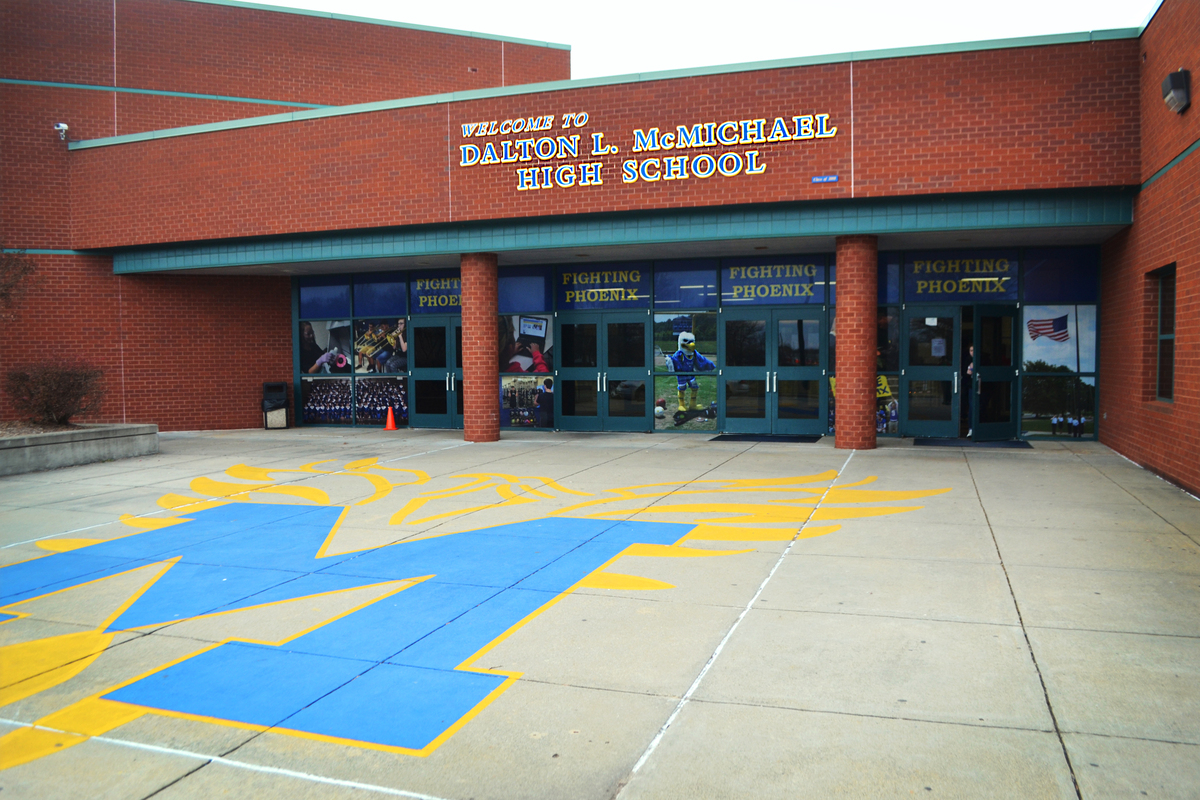 And in some states, its future hangs in the balance. North Carolina is one of them.

It was one of the first states that quietly adopted the Common Core, and it moved quickly to put the standards in place.

As a result, Amy Cuthbertson says, she has become a better math teacher. The 21-year veteran points to the success she's having with her ninth-graders at Dalton L. McMichael High School in Rockingham County. Math scores here are up. Cuthbertson says that's in large part because students are learning how to apply advanced math concepts to the real world.

"The collaboration, teamwork, the problem-solving skills, the thinking-through and analysis that they're doing applies to everything we do in life," she says.

Not everybody is as impressed. State lawmakers say they've been besieged by parents who are unhappy with, or confused by, the homework they're seeing. Other critics see the Common Core as a Faustian bargain with Washington, which gave North Carolina $44 million to help implement the Core.

"North Carolina sold her soul," says Jeannie Metcalf, a school board member from Winston-Salem, N.C. She co-chairs an 11-member commission that legislators created last July to "review and replace" the Common Core. That's what the legislation — Senate Bill 812 — says. But now there's a debate about what "review and replace" actually means.

To supporters of the core, it means the standards may need a tweak here and there. To opponents, it means they must be scrapped.

"That's clearly what we are charged with and the intent of the legislation and of the commission," says Metcalf.

"Do I believe that the Common Core standards need to be replaced? Are not good? No. I don't believe that at all," he says.

Peek, a retired IBM marketing executive, was appointed by Gov. Pat McCrory, a Republican and Common Core supporter. Peek says the commission's mandate is not to repeal the new standards but to answer some basic questions before schools move forward with them.

Questions like: Is the Common Core rigorous enough? Can people understand it? And has it been implemented in a way that's going to lead to the desired outcomes?

The review commission has all year to answer these questions and to hear from all kinds of experts, for and against the Common Core. A couple of surveys are also in the works to gauge teachers' and parents' views. In December, the commission will deliver its recommendations to the Legislature and state board of education. But in the meantime, the Common Core will remain firmly in place.

Peek says he's confident that the commission will reach a consensus if, and only if, it's based on the educational merits of the standards.

"And I can tell you right now that we're not going to be used as a tool for some political outcome," he says.

Peek's co-chair, Jeannie Metcalf, does not see a consensus brewing: "There's a chance anything can happen."

So, it's more than likely that the key question — Should North Carolina dump or keep the Common Core? — will remain unanswered, even after this new year has come and gone.

Previous audio and Web versions of this story stated that Jeannie Metcalf is a school board member from Salem, N.C. In fact, she is from Winston-Salem, N.C.