Accessibility links
A Teacher's 'Pinch Me' Moment: Cheering The Super Bowl From The Sidelines : NPR Ed On Sunday, this Massachusetts teacher will be up close with her favorite team — as a cheerleader on the New England Patriots squad.

A Teacher's 'Pinch Me' Moment: Cheering The Super Bowl From The Sidelines

A Teacher's 'Pinch Me' Moment: Cheering The Super Bowl From The Sidelines 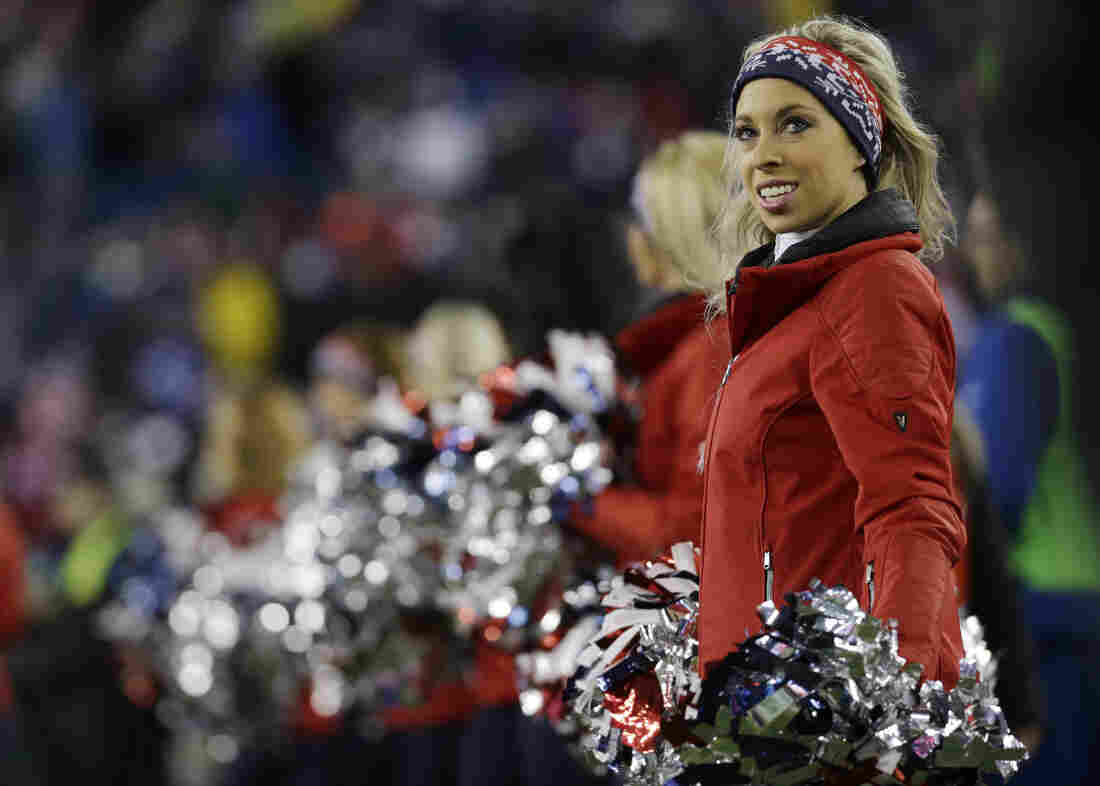 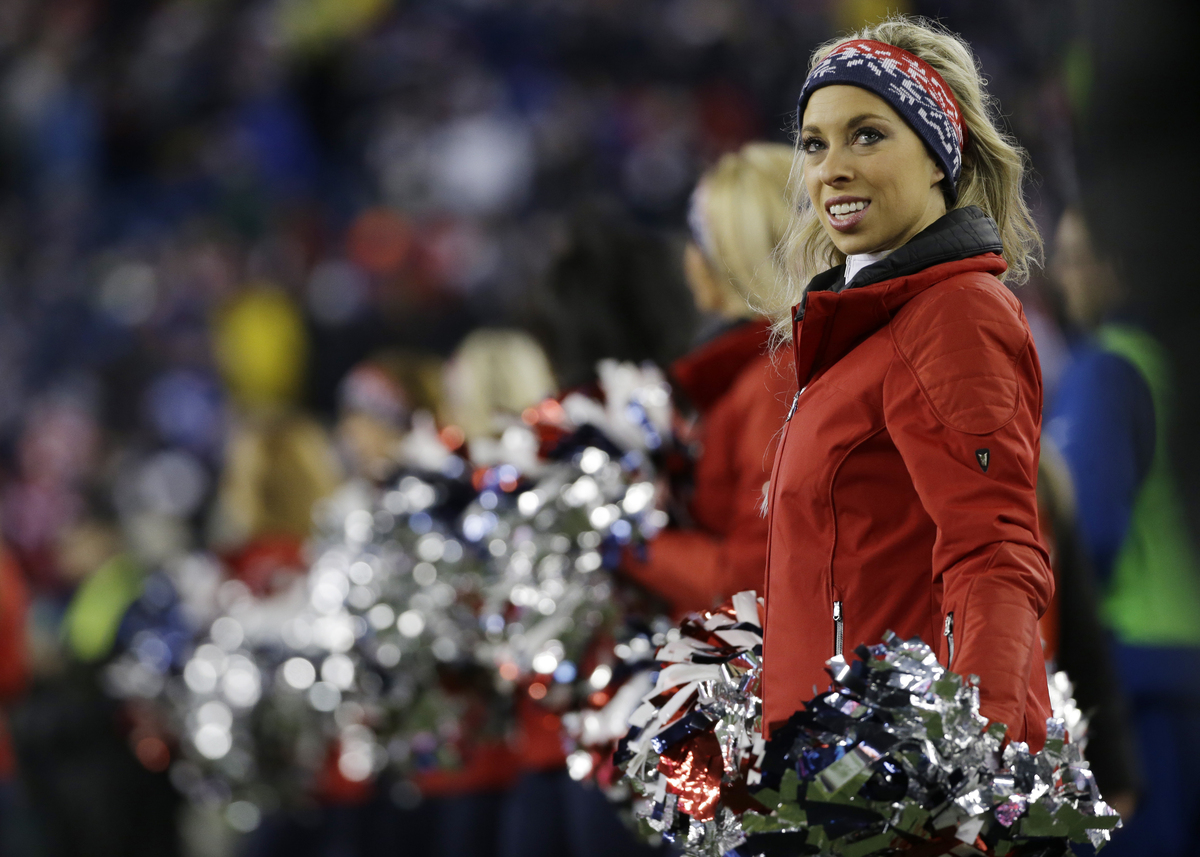 Lauren Schneider is a middle school health and fitness teacher, and a member of the New England Patriots cheerleading squad.

The NPR Ed team is discovering what teachers do when they're not teaching. Cartoonist? Carpenter? Dolphin trainer? Explore our Secret Lives of Teachers series.

Most teachers will watch the Super Bowl at home, cracking open a beer maybe, or yelling at their flat-screen TVs. Lauren Schneider will be right there on the sidelines, cheering on Tom Brady and her team just feet from the action.

Schneider, a middle school health and fitness instructor at Wellesley Middle School in Wellesley, Mass., is also a member of the New England Patriots cheerleading squad.

It's a gig she's always wanted — her mom likes to say she "came out dancing," and she just never stopped.

For eight years, Schneider went on countless auditions — each year vying for a spot on the Patriots' or Celtics' squads. Each year, she came up short. She says she eventually took a year off to regroup, train and build her confidence for a final attempt at her dream. 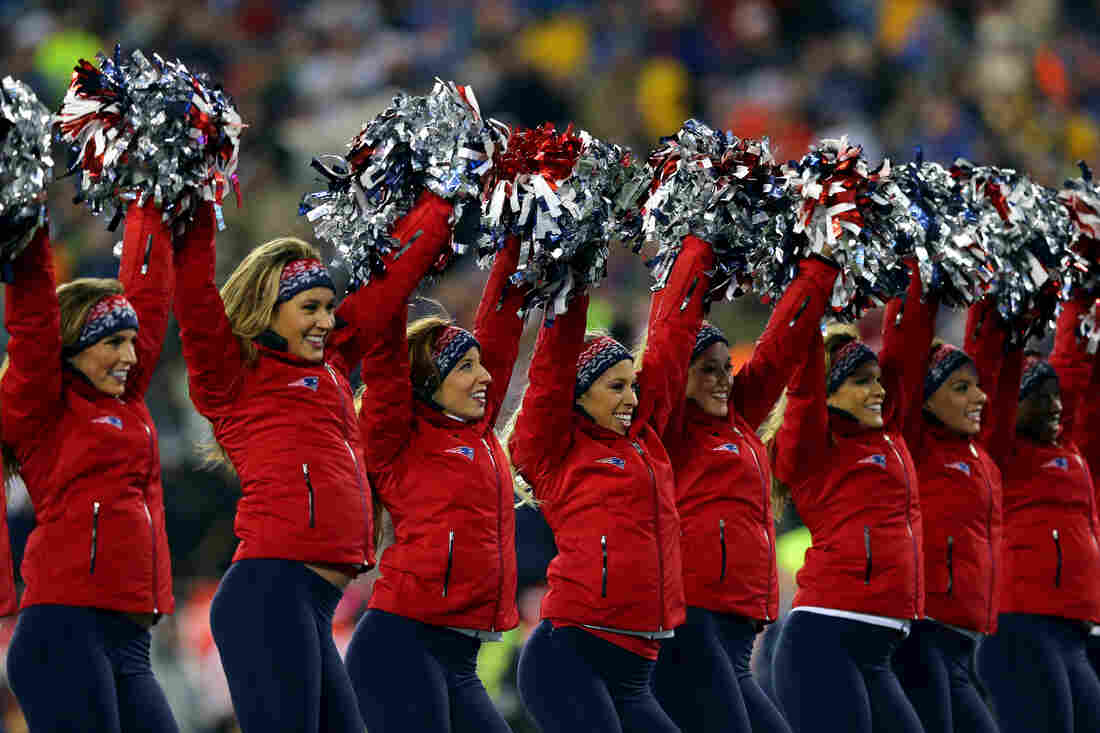 The Patriots cheerleaders perform in the first half against the Indianapolis Colts in the 2015 AFC Championship game. Elsa/Getty Images hide caption 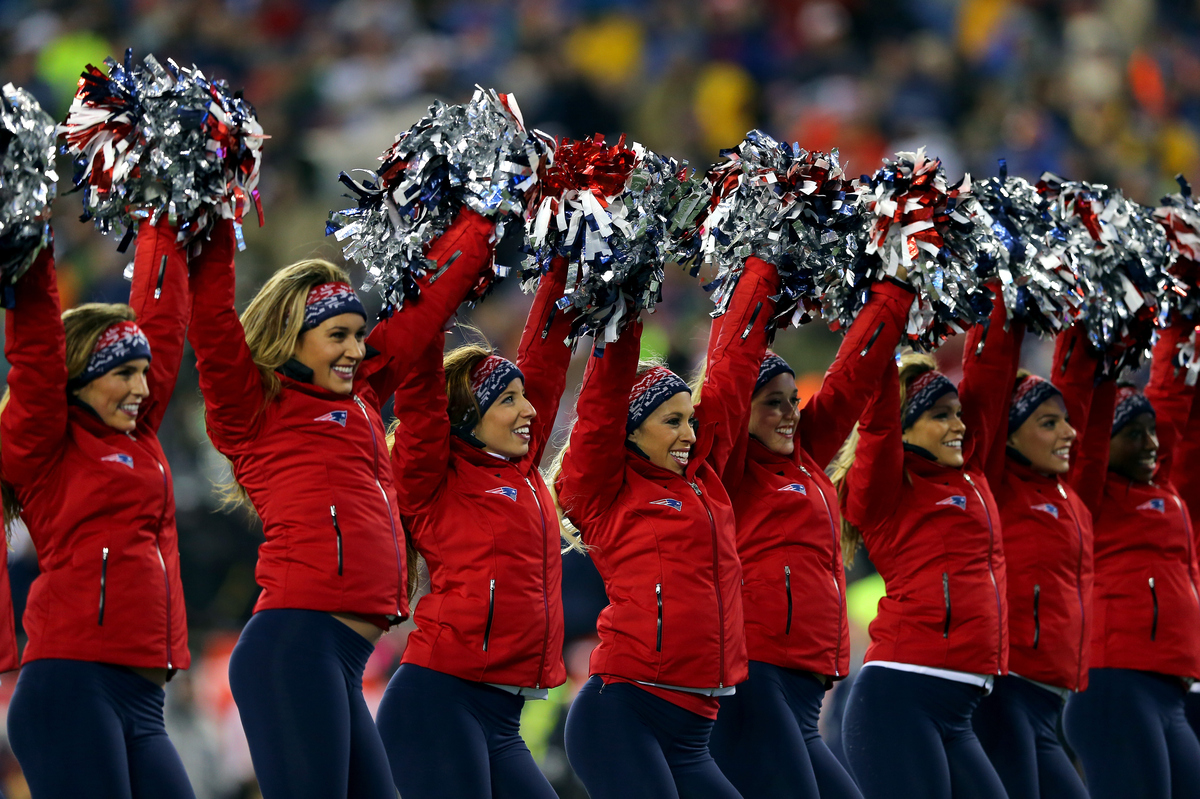 The Patriots cheerleaders perform in the first half against the Indianapolis Colts in the 2015 AFC Championship game.

Last year, when the final selections were posted online, it was her father who called to tell her the news: She had made it.

Schneider remembers her first game under the bright lights of Gillette Stadium was filled with surreal "pinch me" moments. Schneider knew that with cheerleading, where injuries are common, any moment could be her last. And next year, if she wants to be part of the team again, she'll have to audition and win her place all over again — a team policy.

The Super Bowl marks the end of Schneider's first year of professional cheerleading — a complicated year of balancing both professional lives.

"It's been a bit of a roller coaster this year," Schneider says.

She believes it's a good thing it took her more than one audition to make the team. Handing the responsibilities of being a new teacher was challenging enough.

With the Super Bowl ending late on Sunday night, for the first time this year Schneider will have to miss class the next day.

But she planned ahead: "I haven't taken a personal day all year."

So on Sunday, in between your second helping of wings and the debates over which commercial was the best — keep your eye out for the blond-haired teacher cheering, smiling and soaking in every moment on the field.