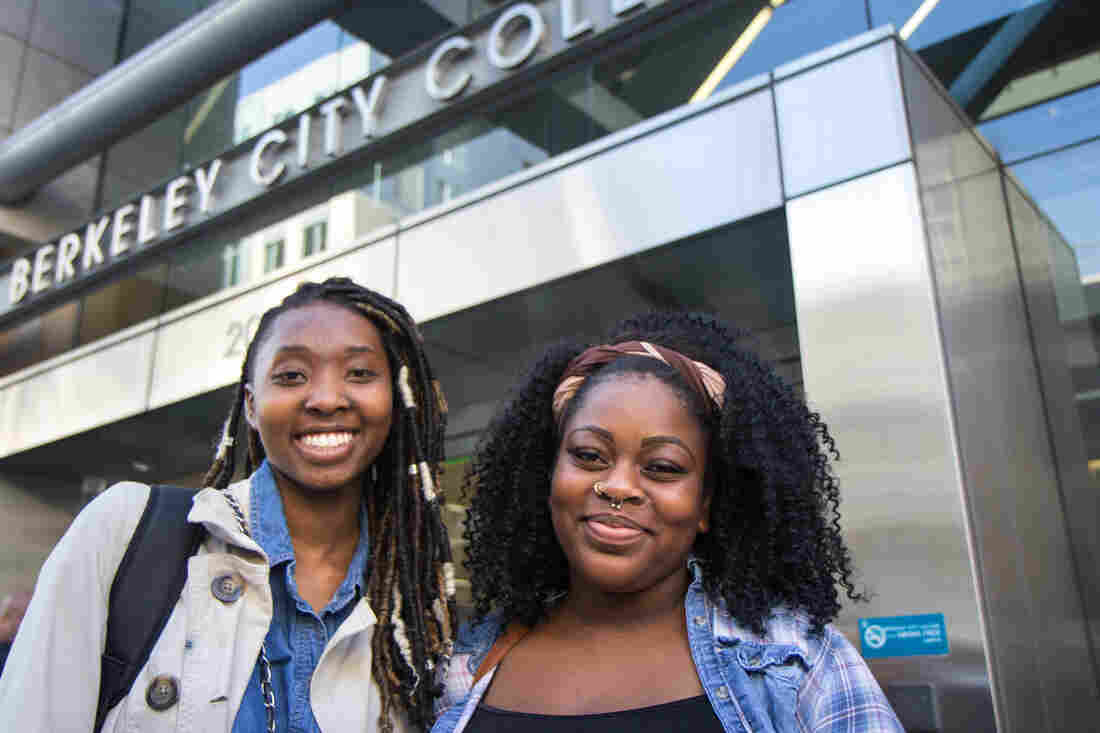 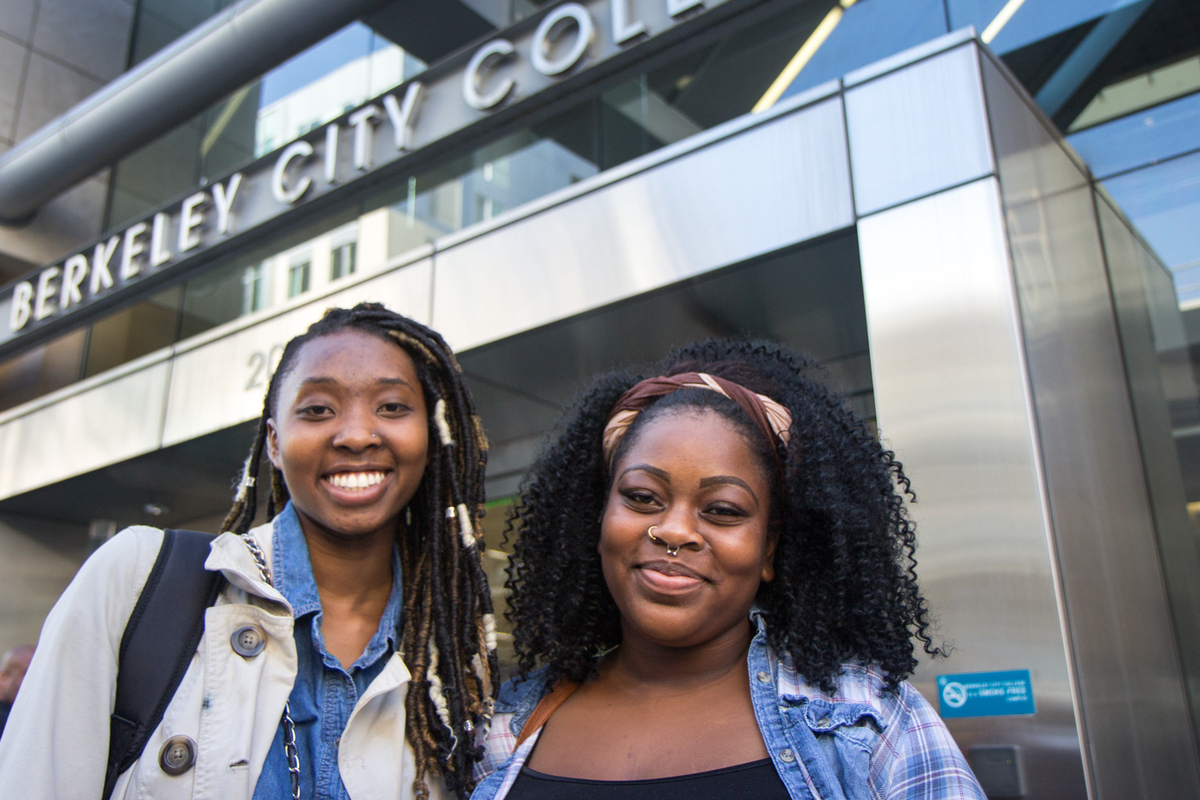 On the first day of spring semester at Berkeley City College in Berkeley, Calif., hundreds of students rush to print out their schedules and find their next class. But some have to stand in line at the financial aid office. That's where I run into Dominique Bell and Tyfanni Edwards, both 19.

They're here to check on the status of their financial aid. Edwards says she's "trying to see what's going on with that [financial aid] because I haven't gotten it yet."

I've known Bell and Edwards for a long time. We went to high school together just a few blocks away, and now we all go to this community college for the same reason:

I figured Bell would support President Obama's free tuition proposal. But, for her, it isn't so simple.

Bell isn't worried about her tuition because it's already free. Community college students are more likely than students at four-year schools to qualify for federal financial aid in the form of need-based Pell Grants. So for Bell, Edwards — and for me too — our tuition is covered. It's the other costs that add up.

Money was so tight in my house that my mom once had to choose between buying me a textbook or paying the phone bill.

Community college students also tend to be more financially independent than kids at four-year schools and have lower incomes. To help pay for rent, food and transportation, students like me have jobs that prevent the majority of us from going to school full-time. And that means it'll take us longer to graduate. That's the case for 28-year-old Kim Kylland. She's been going to community colleges off and on for the last ten years.

"I always had to work full-time and support myself, so it made it really hard to take a full 12 units and do well in the classes," Kylland says. "I live in an apartment with my husband. We have rent. We have a car payment. We have phone bills like anyone else. You know, tons of bills."

Thomas Bailey directs the Community College Research Center at Teachers College, Columbia University. He says, under President Obama's community college tuition plan, many low-income students would no longer have to pay for tuition with Pell Grants and could use the money they save for living expenses.

Bailey wants community colleges to simplify pathways to a degree and make credits more transferable to four-year schools. He says both would help improve completion rates. According to the Department of Education, only about a third of students at community colleges complete their degrees, and fewer than 12 percent go on to get their bachelor's.

Free tuition or not, those numbers worry students like me.