Accessibility links
Fitting In On Campus: Challenges For First-Generation Students : NPR Ed When students are the first in their family to go to college, they often feel out of place. Many say they need more help from their schools.

Chris Reynolds will never forget his first day at the University of Michigan. He and his dad got up superearly and drove nine and a half hours from Sellersville, a blue-collar factory town in Pennsylvania, to Ann Arbor.

"My father literally just dropped me off and then left," Reynolds says.

His dad couldn't afford a hotel, so they took about an hour to unpack the car, said their goodbyes, and his dad drove off. 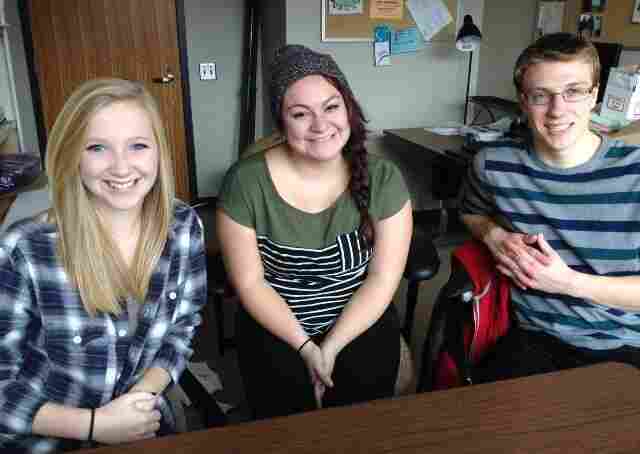 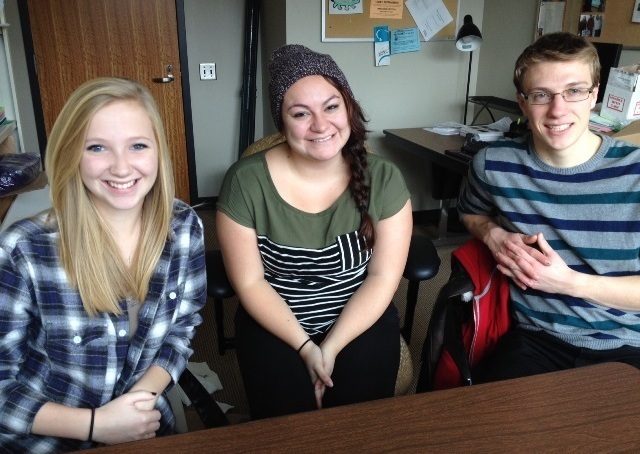 Danielle Boshers, Anna Garcia and Chris Reynolds say the University of Michigan could do a better job welcoming first-generation students to campus.

Jen Guerra/Michigan Radio
Explore More Of The Story, Coming Out As Poor

Chris Reynolds was officially on his own.

He thought he was pretty prepared. He had a dorm room, a meal plan and a couple hundred bucks to last until he found a job. What he wasn't prepared for was how lonely and out of place he felt on campus.

People would ask questions: "What do my parents do?" or "Where did they go to college?"

His parents didn't go to college. His mom was a housekeeper, and his dad was unemployed.

Reynolds responses were met with "oh" and "OK."

"It was hard for other students to understand that for us to go to college we were taking a big risk," says Anna Garcia, Reynolds' friend and a senior at the school.

Like Reynolds, she's the first in her family to go to college. Garcia grew up in Lincoln Park, a blue-collar city near Detroit, about 40 miles from the campus.

"People in my hometown thought that I was really stuck up all of a sudden because I decided to go to Michigan, and they know that Michigan is a very prestigious college," she says.

Garcia and Reynolds met at a first-generation student support group on campus, which was nothing short of a lifeline in many ways. They found friends and people they could relate to. But Garcia says she could have used more help.

"I know of many students who have left after their freshmen year because they just felt they couldn't find their place on campus," she says.

"My whole first semester I thought of transferring," she says. She stuck it out though and she's set to graduate as a pre-med English major this spring.

Still, she hated how she had to constantly "out herself" as a low-income, first-generation student.

"I think that is a very apt metaphor for thinking about how these students experience being in this very class-exclusive environment," says Jennifer Engle, who has spent her career researching what life is like for these students.

It's been 20 years since Engle was in college, and she's only recently started to admit to colleagues that she was the first in her family to graduate.

She's now a policy expert at the Bill & Melinda Gates Foundation (which is a supporter of NPR), and she agrees with Garcia that, in general, schools don't do enough.

She says here's how schools can step up their game: more financial aid and more supports like mentoring. And — this part is key — colleges need to be more proactive so students don't have to "out themselves" when they need help.

"So the outreach to low-income, first-generation students needs to be really intrusive on the part of the institution," Engle says.

Reynolds, who is now a junior, agrees.

He says Michigan is great at helping students like him pay for college. He's set to graduate next year with a degree in aerospace engineering and — fingers crossed — no debt. But he says it takes more than money to make students like him feel welcome.

"Just to have someone from the university come up and say, 'You belong here' and 'We're so excited to have you here,' " he says, "that would have changed everything for me."