Accessibility links
Ditching The Common Core Brings A Big Test For Indiana : NPR Ed After dropping the Common Core State Standards and agreeing to write its own end-of-year exam, Indiana's had a rough couple of months.

Ditching The Common Core Brings A Big Test For Indiana

Ditching The Common Core Brings A Big Test For Indiana 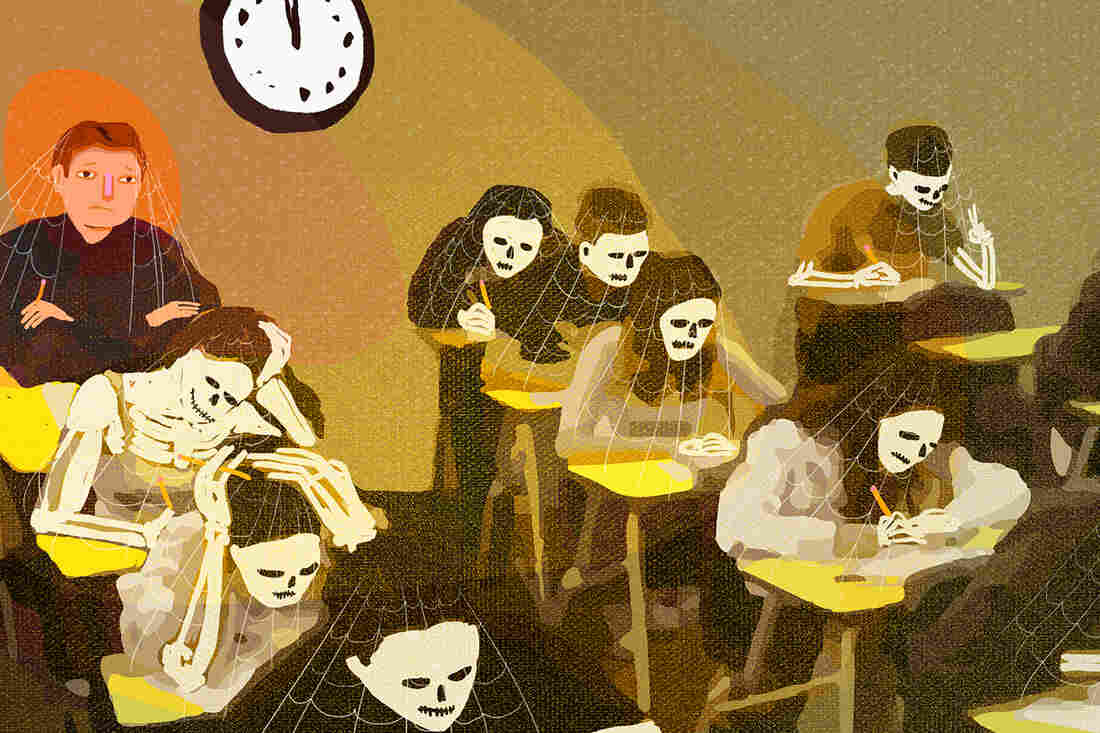 Indiana squeezed the normal life cycle of a test—pilot, field, real—into one, massive exam that clocked in at 12 hours. LA Johnson/NPR hide caption 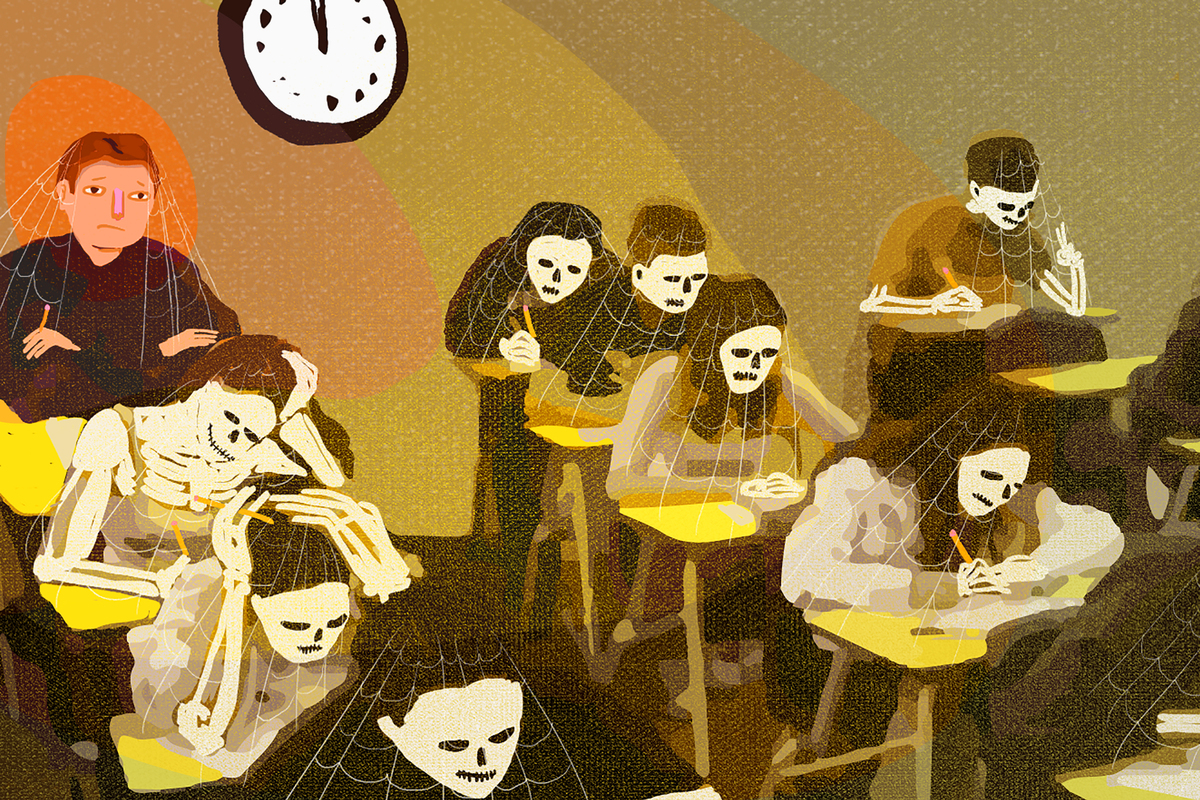 Indiana squeezed the normal life cycle of a test—pilot, field, real—into one, massive exam that clocked in at 12 hours.

Every eldest child knows all too well: Going first can be tough.

There's no one to help you pick the good teachers at school or give you advice on how to tell Mom and Dad about that fender bender.

Right now, Indiana is the firstborn, feeling its way through some thorny — and consequential — education decisions with little precedent to lean on.

It all started a year ago, when the state dropped — and hastily replaced — the Common Core State Standards. It was the first of three states to drop the Core after previously signing on to the benchmarks in the summer of 2010.

Indiana also rejected a new, Common Core-aligned statewide annual test, which meant it had to replace that too (or run afoul of federal law). But introducing a new test generally takes years, not months. Questions are normally piloted one year and field-tested the next before the official, high-stakes version makes its debut.

"The test has to do multiple things at the same time," says Danielle Shockey, the state's deputy schools superintendent.

Indiana squeezed the normal life cycle of a test--pilot, field, real--into one, massive exam that clocked in at 12 hours. That's more than twice as long as the previous test.

Why so long? First, it has to cover all of the new, new standards.

Second, the state had to include additional items in case of bad questions — a necessary precaution for any new, untested test.

"So, after the test is complete," Shockey says, "if nobody got Question Seven right, maybe that was a bad test item. That means there has to be enough in the bank for those things to happen."

But here's where the real padding came in: Indiana also had to pilot items for the test in years to come. These extra questions are basically testing the test, not the students. And, while those pilot questions don't count toward a student's final score, they do add a lot of time to the test.

The Struggle For Educators And Families

In January, the Indiana Department of Education sent schools the timetable for its test, showing that it would take 12 hours over the course of the 13-day testing window. Last year it took about five hours.

Parents and educators were horrified. They flooded the Statehouse and vented their frustration at a State Board of Education meeting.

Further complicating things, in the weeks leading up to the test the IDOE altered its format dramatically by replacing a bunch of multiple-choice questions with some that require open-ended responses.

"It's not just the actual administration of the test but the preparation of the test. Because, of course, you have to make sure kids are familiar with the format and that they're not going to be unnerved by something new," says Jenny Robinson, a parent of a 5th-grader in Bloomington, Ind.

Educators echoed that complaint, saying they'd gotten no warning about the test's length.

"We expected more item complexity to increase, but we really hadn't been told that the duration of the assessment was going to be vastly expanded," says Scott Smith, assessment coordinator for the Brownsburg Community School Corporation.

Educators weren't told because the test had been in development down to the wire. The quick turnaround frustrates Smith, who says he didn't care whether the state used Common Core or its own benchmarks — he just wanted lawmakers to choose one.

After a spate of last-minute meetings, some speedy legislation and an executive order, the State Board of Education and the legislature intervened, shaving three hours off the state's new test, which students are taking this week.

Though Indiana was the first to drop the Core, Oklahoma and South Carolina soon followed, and other states are considering the move.

Given the surprises that have come from that decision, Smith has some advice for lawmakers in other states now debating standards and testing:

"Individual politicians cannot cut their political teeth on an issue this complex."