Accessibility links
Nancie Atwell Of Maine Wins $1 Million Global Teaching Prize : NPR Ed A teacher who instills a love of books and writing has beaten out 5,000 educators around the world for a global honor. 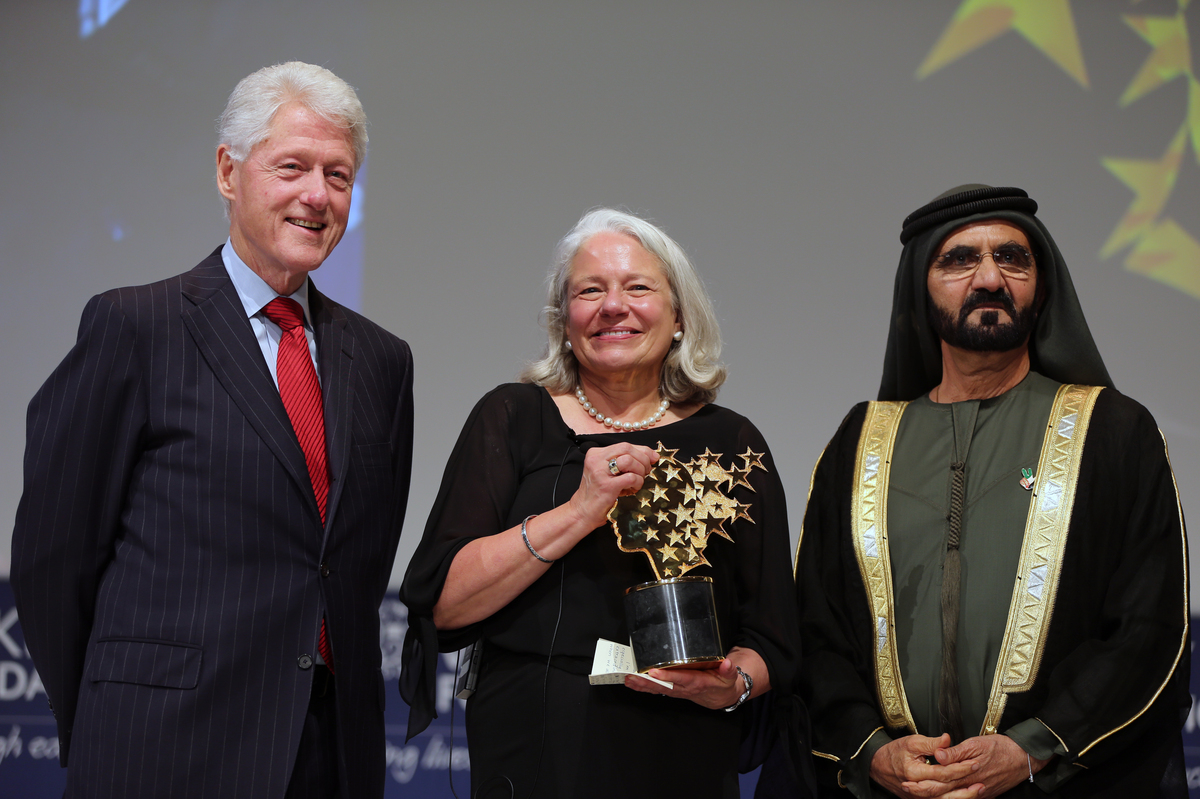 This weekend, Maine teacher Nancie Atwell was awarded the first Global Teacher Prize, a $1 million award intended to be the "Nobel Prize of teaching."

Growing up, Atwell, 63, never expected to become a teacher, or even to go to college. But from the moment she began teaching in 1973, Atwell says she felt right at home.

"I am so inspired by all my students, but especially the seventh- and eighth-graders," she says. "They are so uninhibited and if you ask them to do something they will just work their heads and hearts off."

She founded the Center for Teaching & Learning as a demonstration school in 1990. The independent K-8 school based in Edgecomb, Maine, has gained recognition for its small class sizes, research-based curriculum and teacher training programs.

Atwell has also become known for reading-writing workshops where children have the freedom to choose what they read and can tackle as many as 40 books a year. Her 1998 book about these workshops, In The Middle, has sold more than half a million copies and has become a blueprint for other teachers across the U.S.

After 40 years in the profession, Atwell was nominated for the Varkey Foundation's Global Teacher Prize by a former student. The foundation announced her as the winner at a ceremony held in Dubai on Sunday.

"I was horribly anxious. It was something that was on my mind even when I didn't know it was on my mind," Atwell says. "Those other nine teachers are extraordinary, so it was daunting to even think about."

She plans to use all of the prize money for her school. Among her top priorities are expanding the school's library system and maintaining diversity among its student body, 80 percent of whom receive tuition assistance.

During a time when many schools push for high test scores, Atwell says it's important for more organizations to look at the real quality of education rather than reducing it to a number.

"The yardsticks for measuring teacher achievement, especially in the U.S., I don't think are accurate or humane," she says. "I would like to be a model for the kind of teacher that is autonomous, creative and thoughtful."

Here's our original story about the prize.

The (Million-Dollar) Value Of Great Teaching 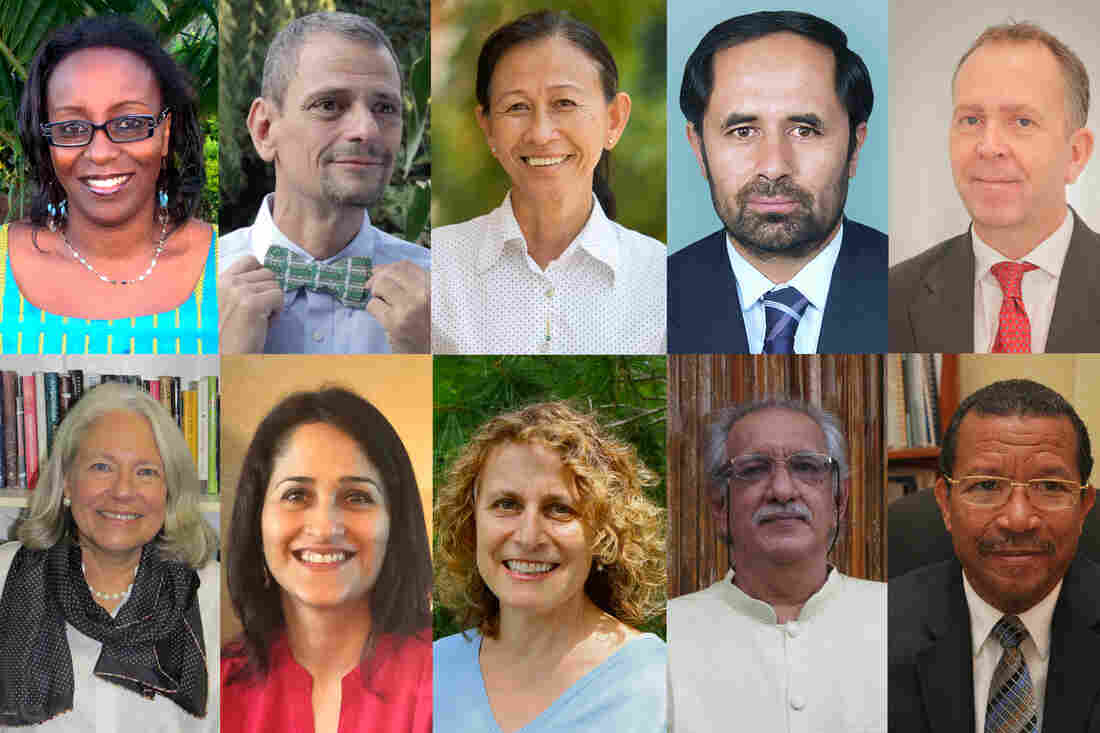 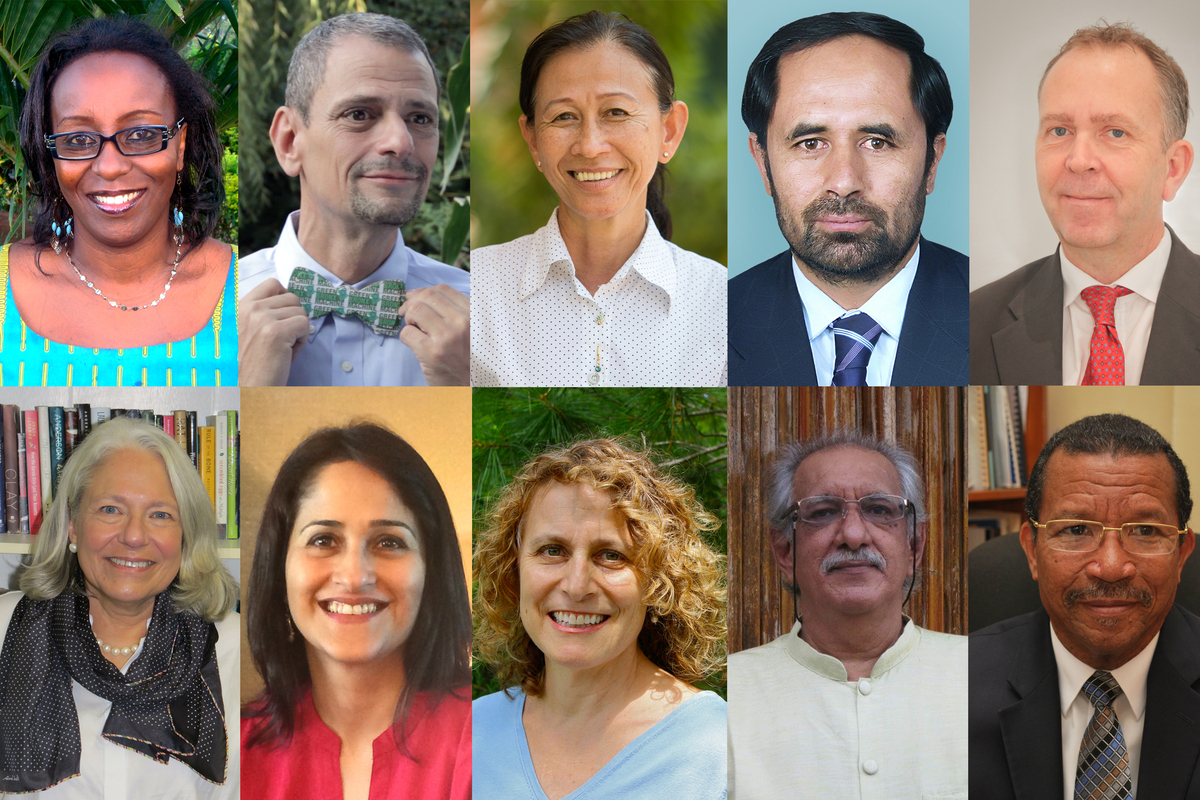 What's the best way to engage and prepare students? For 10 teachers across the world that's the million-dollar question — literally.

Varkey created the prize to bring attention to great teachers and their valuable roles in society, said Vikas Pota, the foundation's CEO.

"We commissioned a study called the Global Teacher Status Index," Pota says. "One of the biggest things we found is that only in China are teachers seen in the same light as doctors. Everywhere else it is a low-status profession. That's where the birth of the Global Teacher Prize kind of came in."

Beginning last March, Varkey received more than 5,000 nominations and applications from 120 different countries. A committee narrowed the group down to 10 people. The winner — selected by a special academy of education experts and advocates — will be announced at a ceremony in Dubai.

The academy evaluated candidates based on criteria that include having innovative teaching practices, preparing students to be "global citizens" and creating dialogue about the value of teaching.

The finalists come from a range of backgrounds and specialties. Stephen Ritz, for example, is a former special education teacher who later developed a gardening program for kids at a disadvantaged New York City elementary school in South Bronx.

"We are embedding the art of growing vegetables into strong academic outcomes, hoping to send the first cohort of children from PS 55 to the Bronx High School of Science," Ritz says.

At Middlesbrough College in northern England, finalist Richard Spencer uses a combination of videos, dances and poems to help students through difficult biology concepts. To learn the structure of a cell, students designed their own theme parks. To teach about the complex chemical reactions known as the Krebs Cycle, Spencer created a song.

"I'm really keen on variety in the learning experience," he says. "If you're enthusiastic about what you do and you have the courage to give things a go, then it rubs off on [students]."

Though the $1 million would be a big help, Ritz and Spencer say the opportunities that come just from a nomination are prizes all their own.

The other award finalists are:

Nancie Atwell (U.S.) has been a teacher since 1973. She founded the Center for Teaching & Learning in 1990. The independent K-8 school based in Edgecomb, Maine, has gained recognition for its small class sizes, research-based curriculum and teacher outreach programs.

Kiran Bir Sethi (India) founded the Riverside School in Ahmedabad in 2001. Sethi is known for the Design for Change curriculum for middle school students. This program seeks to get students to empathize with community issues by designing and implementing real-world solutions.

Guy Etienne (Haiti) became headmaster of College Catts Pressior in Port-au-Prince in 1982. Etienne emphasizes science education by combining innovation with community development. Student projects at the school's annual science fair include a street cleaning robot and a transportation system for the Ministry of Public Works.

Jacque Kahura (Kenya) comes from a family of teachers. In 2009, she founded LIBA (Lifting the Barriers), which focuses on improving education access in rural Kilifi, particularly among female and disabled students. Kahura uses small groups, interactive lessons and field trips to teach about environmental and community awareness.

Phalla Neang (Cambodia) began working with blind children in 1986 as a school director in a Thai refugee camp for the United Nations. Through the Cambodian foundation Krousar Thmey, she became the first Braille teacher in the country's history and helped open Cambodia's first schools for the blind.

Azizullah Royesh (Afghanistan) was 10 years old when the Soviet Union invaded Afghanistan, forcing him to flee to Pakistan. After returning to Afghanistan at the age of 16, he began establishing schools, one of which is now the Marefat School for Afghan Refugees in Kabul.

Madenjit Singh (Malaysia) is the founder of SOLS 24/7, which runs about 200 free boarding schools for disadvantaged youth throughout Southeast Asia. Because of a large education gender gap, Singh requires male students to bring a female family member or friend who also wants to enroll.

Naomi Volain (U.S.) started as a dietitian, but pursued education in order to work with teens. She teaches Advanced Placement environmental science, botany, ecology and biology at Springfield Central High School in Massachusetts. In addition to standard coursework, her classes participate in environmental research programs, winning awards at the state level.