Accessibility links
Are Women's Colleges Doomed? What Sweet Briar's Demise Tells Us : NPR Ed Administrators say that the Virginia institution has been grappling with financial troubles for decades. And they blame an increasing lack of interest in single-sex education.

Are Women's Colleges Doomed? What Sweet Briar's Demise Tells Us

Are Women's Colleges Doomed? What Sweet Briar's Demise Tells Us 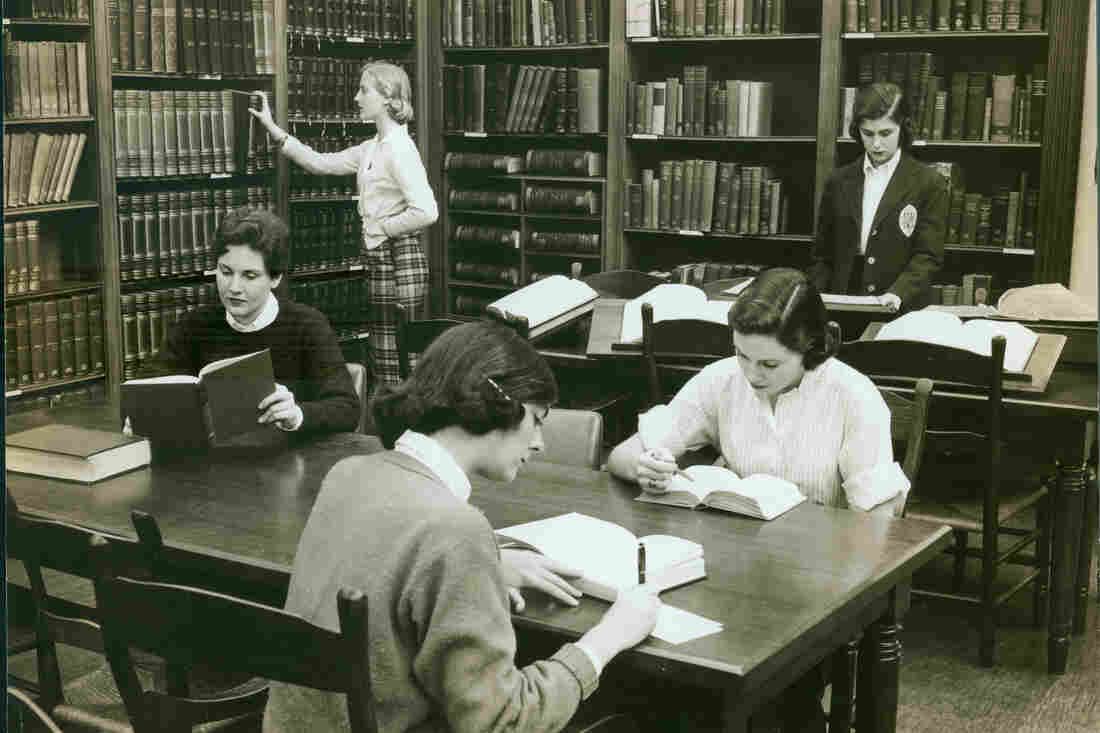 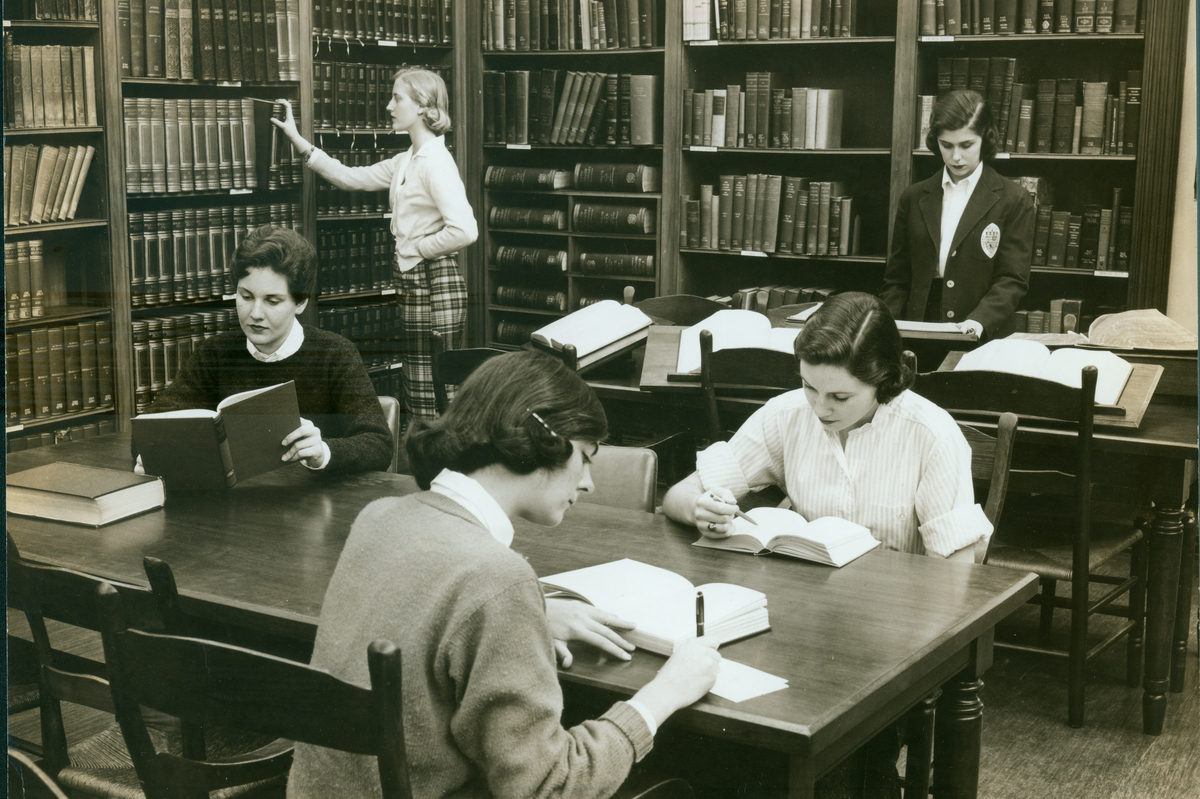 Students in the Powell Reading Room at Sweet Briar College, circa 1950.

Sweet Briar College in Virginia will close its doors in May, after 114 years of teaching women at its scenic campus in western Virginia.

The school's board of directors says the school has been unable to increase revenue, and as a result the institution cannot survive. The announcement shocked students and alumnae and created a movement — Saving Sweet Briar — to keep the school open. They've asked the president and the board to step down.

The financial troubles and declining enrollment at Sweet Briar in recent years have once again raised the question: Are women's colleges a relic of the past?

The education landscape of today is vastly different from what it was when the school — named after its abundance of wild roses — opened its doors in 1906. Back then, women's colleges flourished, as many of the nation's top schools remained closed to women. 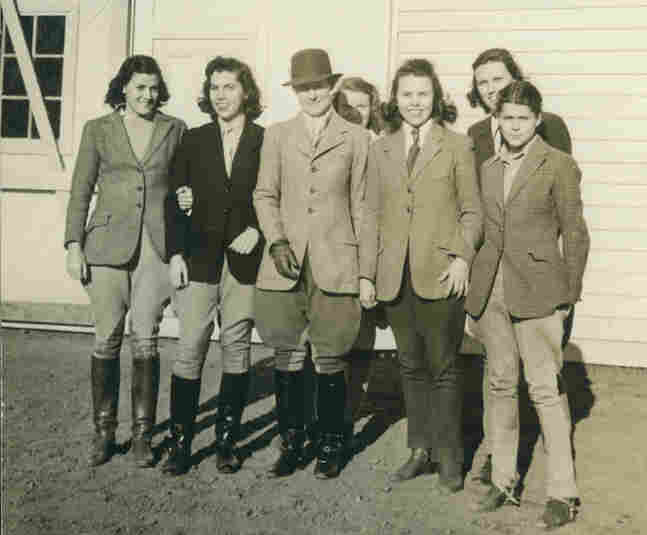 Professor Harriet Rogers with riding students at Sweet Briar, circa 1940. The school was noted for its equestrian program. Rebecca Thomson/Flikr hide caption 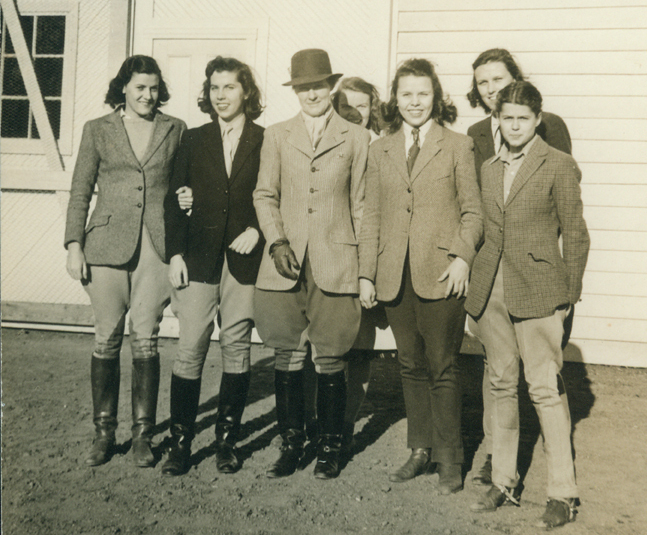 Professor Harriet Rogers with riding students at Sweet Briar, circa 1940. The school was noted for its equestrian program.

But throughout the 20th century, more and more colleges welcomed female students. And for decades, women have been attending college at rates higher than their male counterparts.

That gap is widening. By 2012, 71 percent of women were enrolled in college immediately after high school, versus 61 percent of their male counterparts. A gender gap is present in every ethnic group in the U.S., except among Asian-Americans.

The impact of all these changes has been substantial.

"There's no question that over the past 20-plus years the popularity of single-sex institutions has gone down," says Richard Ekman, president of the Council of Independent Colleges.

In the 1960s there were about 230 single-sex colleges in the U.S. and Canada. Sweet Briar's demise would leave only 44.

Sweet Briar's president, James Jones Jr., said in a statement that he and the board faced two key realities: "the declining number of students choosing to attend small, rural, private liberal arts colleges and even fewer young women willing to consider a single-sex education."

Marilyn Hammond, interim president of the Women's College Coalition, says that reflects a broader national picture: Many young women today don't even consider an all-female institution. But, she adds, for some students it remains the right fit.

Becca Ruesch, a sophomore at Simmons College in Boston, calls it "the best decision I ever made."

She recently wrote an op-ed about her decision to attend an all-women's school. Years ago, she wrote, she would have balked at the thought:

"I was worried I wouldn't meet anybody I could connect with. People told me that not having male opinions in the classroom would negatively impact me when I had a job and didn't know how to deal with men."

But after visiting the campus twice, she realized she felt at home.

Hammond says women's colleges often offer a safe, welcoming environment for a wide range of students. She noted that they often claim more racial and socio-economic diversity than their coed counterparts.

Take Sweet Briar College, for example. The New York Times reports that out of a little over 500 students, 43 percent received need-based Pell Grants — a higher percentage than many selective coed universities.

Surviving In A Coed World

At Sweet Briar, the announcement has caused a commotion as the academic year winds down. Students and alumnae complained about the short notice, and have questioned whether the school explored every option for remaining open.

Some single-sex schools have avoided the downward trend by diversifying. Ekman says that in today's environment, these schools have to be creative.

"When you look at the examples of the women's colleges that are now thriving," he says, "it's interesting to see how imaginative and entrepreneurial these colleges have been in coming up with additional activities that have made the core business viable."

Wilson College, in Chambersburg, Pa., was on the brink of shutting down in 1979. A state judge ordered the board to keep it going, and the school survived as a single-sex campus until 2013, when it opened the door to male students.

Sweet Briar officials declined a request for an interview with NPR. But Paul Rice, the school's board chairman, told The New York Times that transitioning into a coed college is not so simple.

"You don't just take 'ladies' off of every other bathroom door and put 'men' up," he said. "You have to add programs and facilities, athletics. All of these things take significant investment and time."