Accessibility links
A Teacher's Moment: Finding 'The Essence Of Poetry' : NPR Ed Jess Burnquist teaches creative writing at an Arizona high school. She talks about how one lesson helped a class become a team.

A Teacher's Moment: Finding 'The Essence Of Poetry'

A Teacher's Moment: Finding 'The Essence Of Poetry' 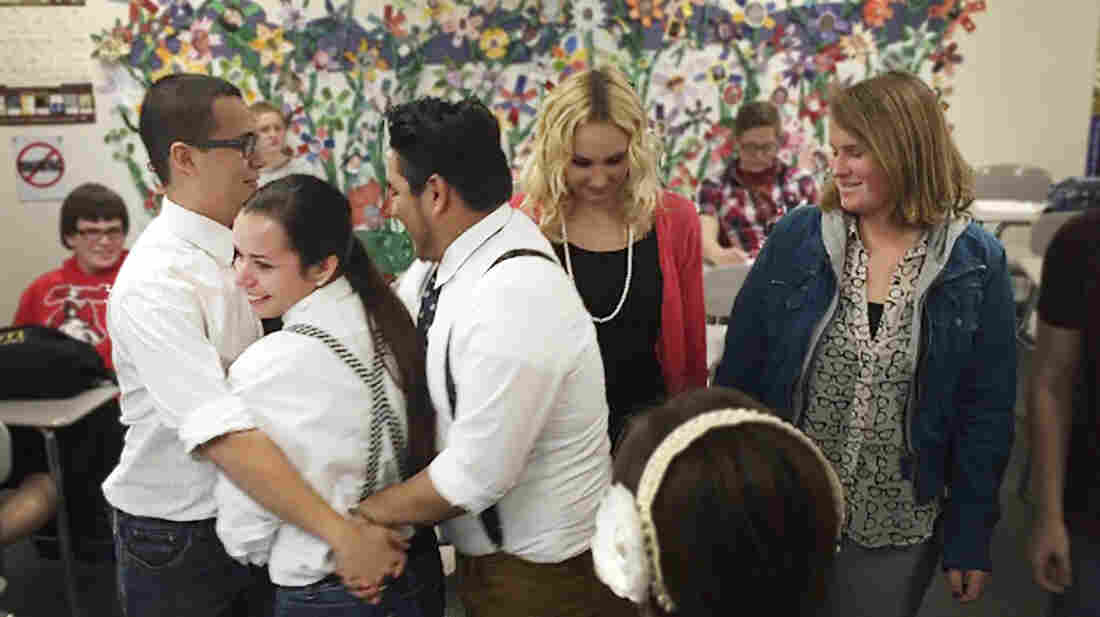 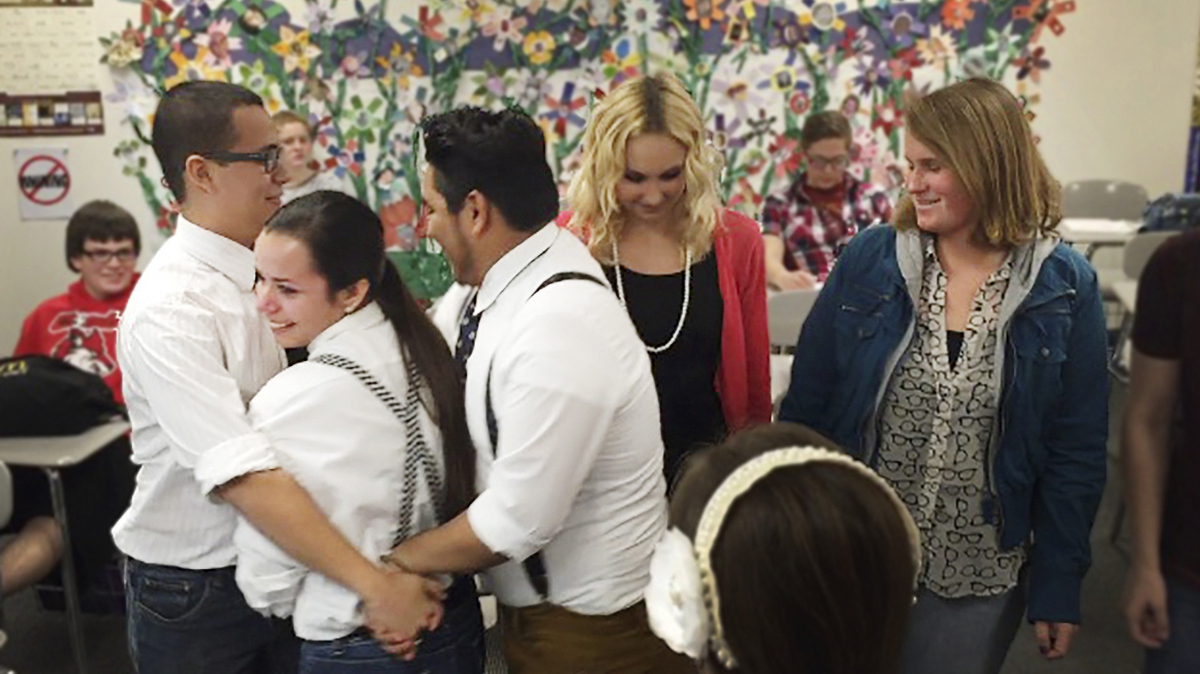 This weekend, NPR Ed is featuring dispatches from teachers about the ups and downs of their work.

I remember being truly engaged in high school only a handful of times. Once was when my 11th-grade history class created puppets and produced a film for a contest about the writing of the Declaration of Independence.

I am still friends with several of my former classmates, and we laugh even now about how the Founding Fathers looked drunk in the pub scenes because our arms were tired from holding the puppets up, up, up. Thomas Jefferson's head kept tilting to the right, then hitting the bar like a man who had indulged in one too many.

Project-based learning is a beautiful notion — unless your students refuse to work together. In that case it begins to feel like wishful thinking.

This year, the seniors in my Creative Writing class have grappled with teamwork. Mattie, the student-body president, tells me that it's always been this way: "Since seventh grade, we've just never really meshed."

I'm not sure what is at the root of their inability to connect, but being able to work together is the most crucial element of hosting our annual Poetry Nights.

These are a big deal at Combs High School, and the seniors in this class plan and organize them. Everyone's family shows up to hear the seniors read poetry they've written. It's frightening, it's challenging, and when it works, hugely rewarding.

And so, if they were going to pull this off, this group needed to become a team.

After winter break, I met with my principal to warn her that this year's seniors might not be able to get it together by the April deadline. She shrugged and said, "Let me know."

It was the appropriate response, but at the time I wanted a lifeboat. I pushed Poetry Night out of my mind and instead focused on how to spice up our reading of Paulo Coelho's The Alchemist.

And it was through this lesson that we finally reached the point where I felt confident about Poetry Night. Here's how it happened.

I created something called the Personal Quest Zine Project, explaining to my students, "Like Santiago in The Alchemist, you're all about to embark on your lives. Find one thing in your life that you would like to conquer. It can be as simple as organizing your room or as complicated as dumping your current boyfriend or girlfriend." 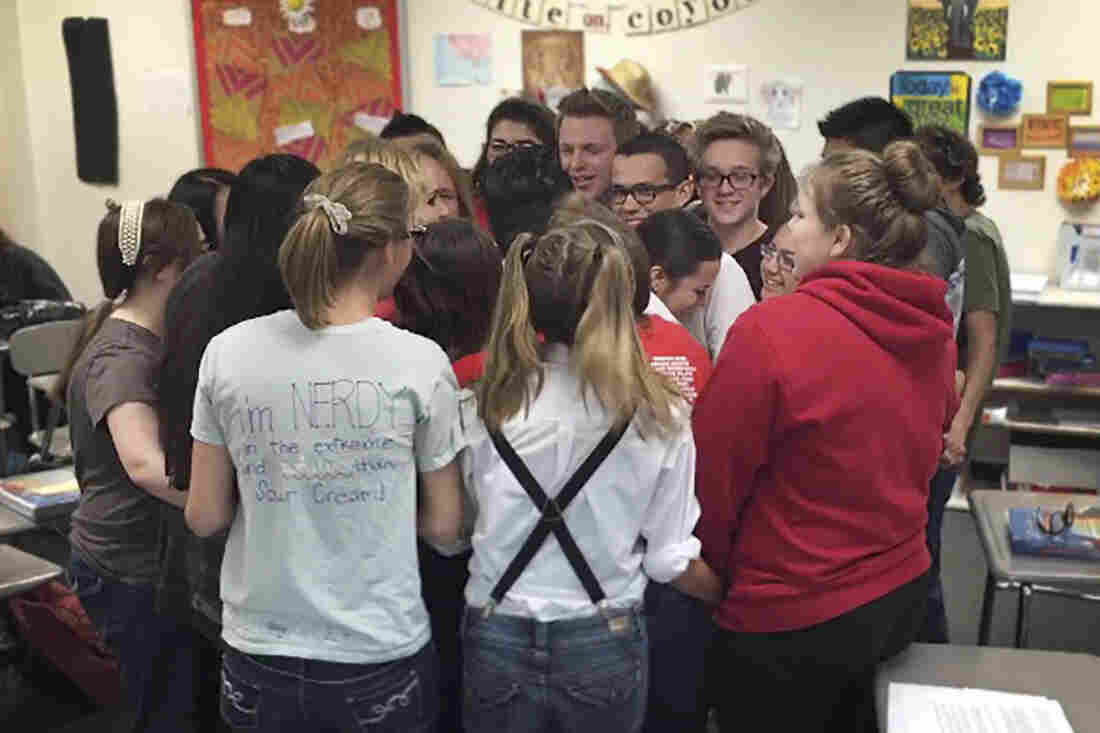 Daisy, rolled up and supported by her classmates. Courtesy of Jess Burnquist hide caption 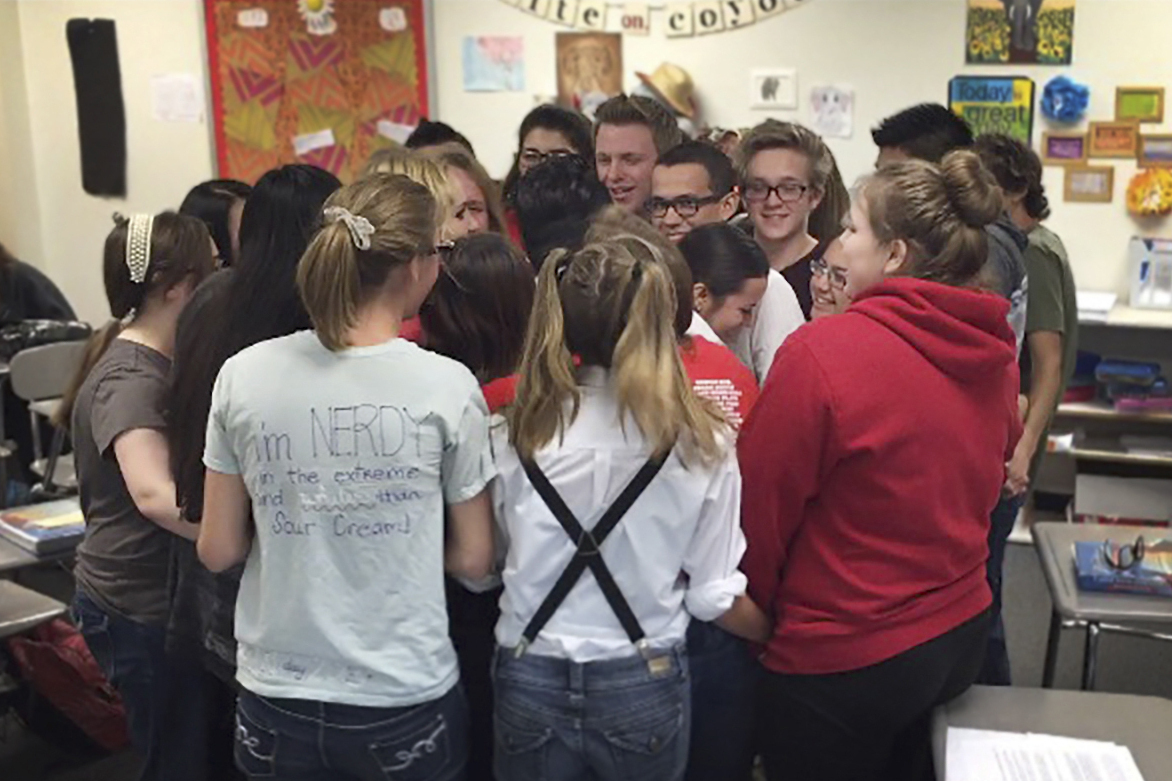 Daisy, rolled up and supported by her classmates.

They leaned in. I continued, "You will have to present the outcomes of your quests to one another."

Yup, a hand-made magazine and the dreaded oral presentation. Groans, bodies slinking downward in chairs, eyes rolling. I raised an eyebrow and we moved on.

A withdrawn but eager young woman named Allie was the first to present. (We talk about a lot of personal stuff in my class, so we're only using their first names.)

She was visibly nervous as she walked to the front of the room.

"My personal quest was to stop feeling guilty for no longer wanting a relationship with my biological dad," she announced to her somewhat stunned classmates. She told the class that her biological father sends her two texts a year and doesn't really know her.

She held up a poster board with pictures of herself and her twin sister. She began to cry as she pointed to pictures of her stepfather because they should have contained her biological dad. At the softball game; the school concert.

I let her know that she could stop if she needed to, but Allie was fierce about continuing. By the end of her presentation, several students were crying. She turned to me and I told her how proud I was of her for sharing something so personal.

Oscar was up first in the next class; a determined but sometimes distracted student with a sketchy track record for homework completion. The few pieces of writing he delivered this year have been really interesting, though.

He wrote his quest about emigrating from Mexico and his memories of learning English.

"I went hiking for the first time this week," he told the class. An uphill climb into the Superstition Mountains.

Oscar walked us through the experience. He didn't want to ask for directions and he was wearing the wrong clothes. He described the great view from the top and how he tripped and fell on the way down. He drew a funny comparison between hiking and getting a cookie from the top of the fridge.

The class laughed and then became a bit confused when Oscar shared that his quest really had nothing to do with hiking. The hiking story was a metaphor. A metaphor about getting a car. He explained the upward climb of getting a job, of finding the right car, but then having to be humble enough to ask his father for help.

Now that he had his car, he said, the real work had begun. He asked us to follow him out of the room, to the sun-drenched parking lot where he proudly showed us his used, red, somewhat worn Acura. We applauded.

I could feel the energy among the students shifting.

Daisy was next. She uttered a couple of sentences about how her personal quest involved living life to be happy.

And then, Daisy began to sob.

Not just a few tears or a catch in her voice, but actual sobbing. She explained between gulps of air that she didn't want to go to college even though she could. She wanted instead to travel and try new things. She wanted to dance.

Her sobs increased. I was about to intervene when Mattie stood up and said that the class should give Daisy what's called a "cinnamon roll." She ushered volunteers to make a line. All but five or six students were standing in a crazy sort of human U shape.

Mattie directed the students to hold hands then instructed each person to turn towards the student next to them. And so the students folded into themselves in a tightly wound "roll" of an awkward embrace.

Daisy was at its center. But really, they all were at the center.

They had found their way to one another through compassion and empathy. They were working together. Student-centered, project-based learning that right there in a moment, to me, captured the essence of the best kind of poetry.

I rushed to grab my camera and I scribbled a reminder: next class—students to decide on this year's theme for Poetry Night. It's on!