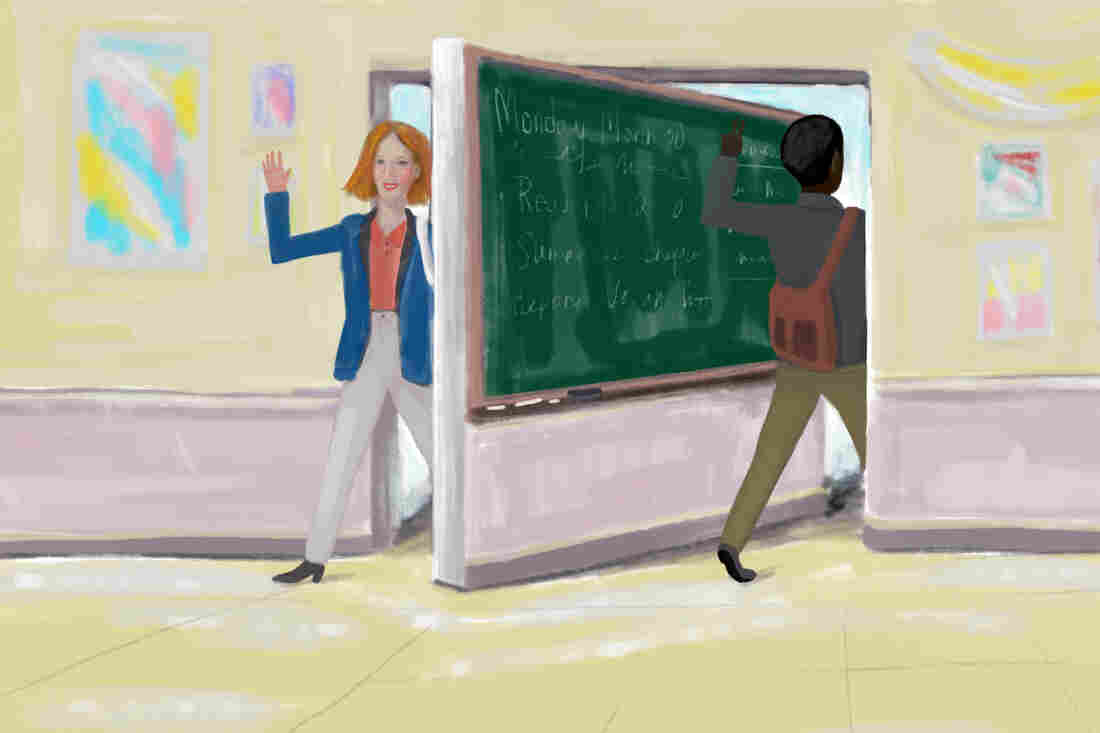 Nearly half of all beginning teachers will leave their classrooms within five years, only to be replaced by another fresh-faced educator. LA Johnson/NPR hide caption 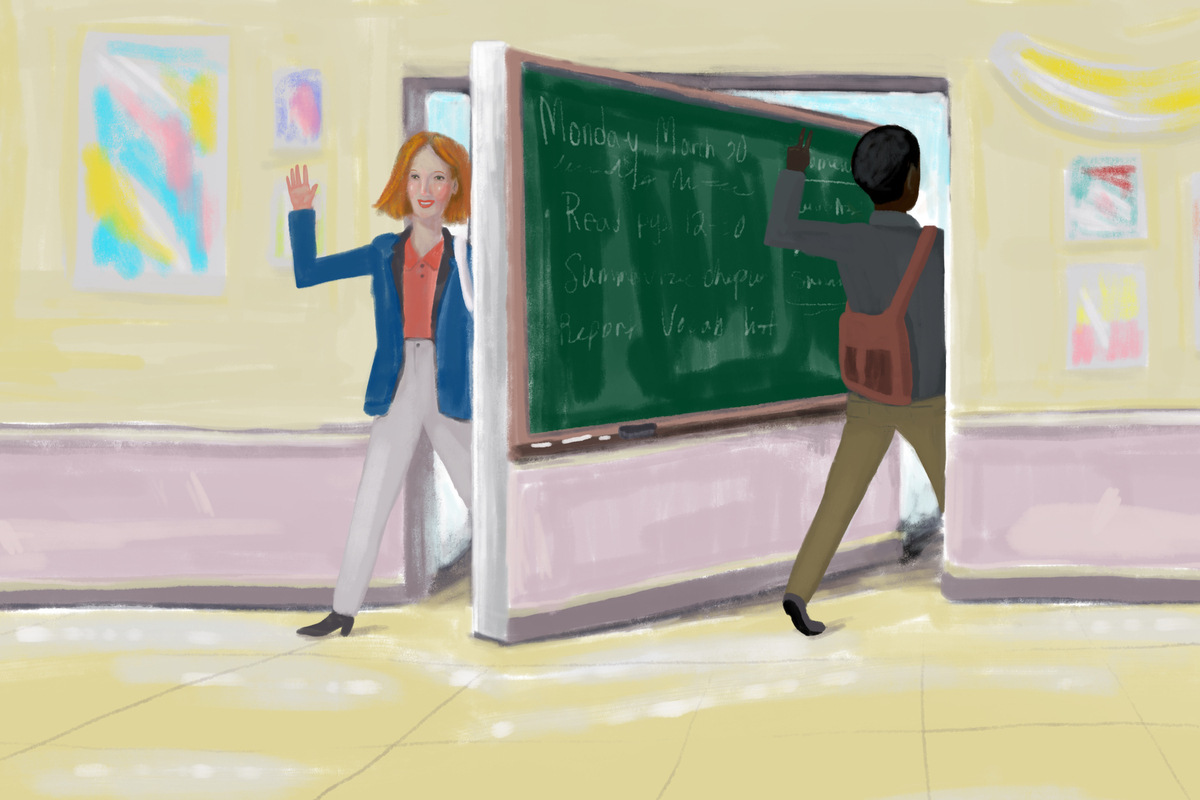 Nearly half of all beginning teachers will leave their classrooms within five years, only to be replaced by another fresh-faced educator.

Every year, thousands of fresh-faced teachers are handed the keys to a new classroom, given a pat on the back and told, "Good luck!"

Over the next five years, though, nearly half of those teachers will transfer to a new school or leave the profession altogether — only to be replaced with similarly fresh-faced teachers.

We've been reporting this month on the pipeline into teaching — and hearing from teachers themselves about why they stay. Richard Ingersoll, who has studied the issue for years, says there's a revolving door of teacher turnover that costs school districts upwards of $2.2 billion a year. 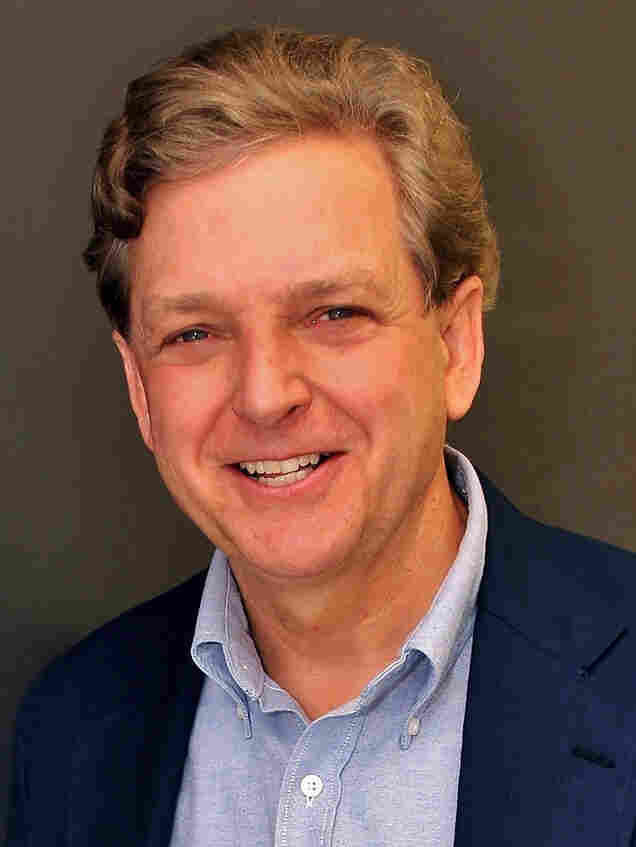 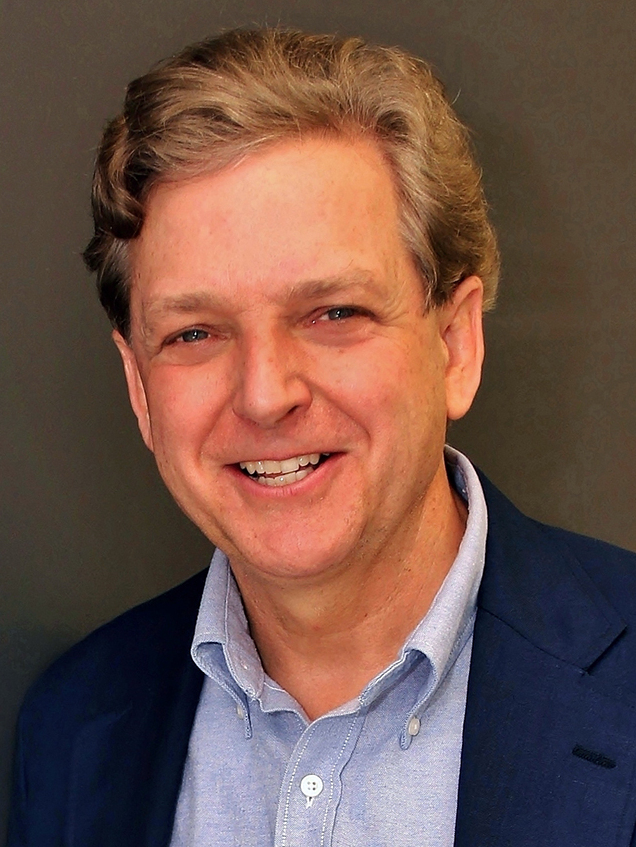 Ingersoll studies teacher turnover and retention at the University of Pennsylvania.

One of the reasons teachers quit, he says, is that they feel they have no say in decisions that ultimately affect their teaching. In fact, this lack of classroom autonomy is now the biggest source of frustration for math teachers nationally.

I spoke with Ingersoll to ask him about his research and what schools can do to fix the problem.

What do we know about why some teachers stay in the profession and why some don't?

But most of the turnover is driven by school conditions. Salary is not the main thing. It's important, but not the main thing. And that's an important finding because the teaching force is so large — it's now America's largest occupation — that raising everyone's salaries is a very expensive proposition.

What are some of the important factors driving the decision to stay or leave?

One of the main factors is the issue of voice, and having say, and being able to to have input into the key decisions in the building that affect a teacher's job. This is something that is a hallmark of professions. It's something that teachers usually have very little of, but it does vary across schools and it's very highly correlated with the decision whether to stay or leave.

I've worked with these data a lot going back last couple of decades. Where nationally, large samples of teachers are asked, "How much say does the faculty collectively have?" And, "How much leeway do you have in your classroom over a series of issues?" It turns out both levels are really important for decisions whether to stay or to part. And what's interesting about this finding [is that] this would not cost money to fix. This is an issue of management.

Does the issue impact some groups of teachers differently than it does others?

What else is highly correlated with the decision to stay or leave?

A whole other big one that always rises to the top is student misbehavior and discipline. But there's an interesting thing in the data, which is that the amount of student behavior and discipline problems varies dramatically between schools. And poverty is by no means the only, or main factor. And some schools do a far better job of dealing with it, coping with it and addressing it than other schools. And those schools that do a better job of coping with it have significantly better teacher retention. We have this finding that schools can manage behavioral issues in good ways or bad ways.

Can you give me an example? What's a good way of handing behavioral issues?

Get the teachers on board. You get everyone together and say, "Look, we have this issue. Do we want to have a rule or not? What would it be? How do we want to address it?" And a decision is collectively made as opposed to being imposed on the faculty.

There are all kinds of behavioral issues to address, particularly when you're working with kids or teenagers. I mean, I'm an ex-high school teacher. The idea is to bring everyone on board — even bring students on board and figure out what policies do you want, how they're going to be enforced, and what would be the sanctions. You do it in a much more democratic and professional way. That's the model I think that works best, particularly from a teacher's viewpoint.

No. I don't think so at all. There's a tremendous amount of research in business schools on the whole issue of employee turnover. And the corporate sector certainly understands turnover is not cost-free. And there's this one industry that's never been paid attention to, and that's education. As if it's sort of cost-free! I don't think there's been any recognition of the costs.

What's the response from school leaders when you show them your estimates of the cost of teacher turnover?

I've given these talks where I've had superintendents say, "Well, look Dr. Ingersoll, we like employee turnover because we can hire more beginning teachers at a lower salary. We count on it in order to balance the budget." And I'll say, "Fine. You've identified one of the benefits." But you know there's two columns here. There's the benefits and there's the costs. Now if you consider what the costs might be, both financial and nonfinancial, to your school system if you average 24 percent of your teachers moving out of buildings each and every year. It's sort of striking.

But on the other hand, of course, you wouldn't ever get, nor would you want 100 percent retention. You want fresh blood coming in. You want your lower performers hopefully to move on to greener pastures. Not all turnover is bad by any means.

What can schools specifically do to address the problem of teacher turnover?

One growing genre of initiatives is the idea of supporting beginning teachers. Beginning teachers have the highest turnover rates. We generated data over a decade ago showing somewhere between 40 and 50 percent of those that go into teaching are gone within five years.

The term "induction" is often used for beginning teachers in the first couple of years. To help them learn the ropes and get better and survive. The percentage of teachers that get some kind of induction has doubled over the last couple of decades. So that's one example of trying to pay attention to retention instead of just ignoring it.

Induction sounds rather broad. What does it mean?

It can mean having a mentor for instance. But having a veteran teacher as a mentor can vary anything from a 20-minute cup of coffee in September to someone that comes in your classroom and gives you feedback. You sort of get what you pay for. But the question is, "What's the optimal?"

One thing that we've found that's effective is freeing up time for the beginning teachers so that they can meet with other colleagues. And learn from them. And compare notes. And try to develop some kind of coherence of curriculum.

You say induction programs are a growing genre of reform. How much do we know about their effectiveness?

I've done some of this research myself to answer that very question. We carefully went through a lot of research and found, indeed there are positive effects. That induction and mentoring help beginning teachers' classroom teaching practice. They help their retention. And they also had a randomized-control trial that showed that student achievement was better for those beginning teachers that got some [induction].