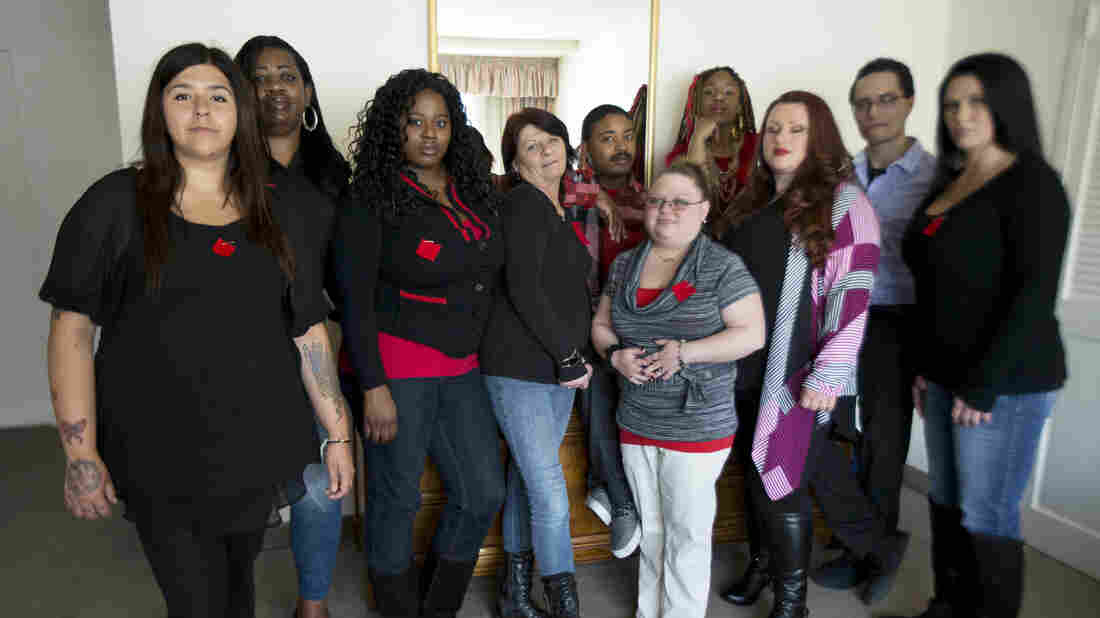 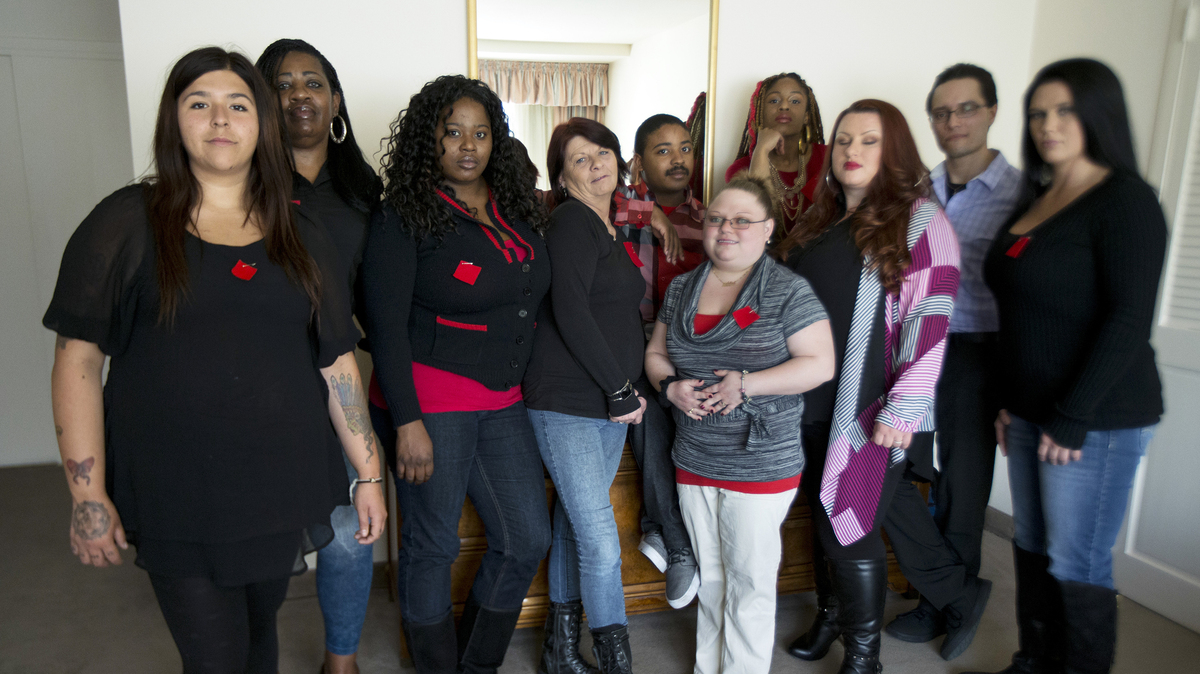 Latonya Suggs says she borrowed thousands of dollars in student loans to attend the for-profit Corinthian Colleges but has nothing to show for it. Most employers don't recognize her criminal justice degree.

"I am completely lost and in debt," Suggs says. And now she's doing something about it: She's refusing to pay back those loans.

Suggs and 106 other borrowers now saddled with Corinthian loan debt say their refusal to repay the loans is a form of political protest. And Tuesday, the U.S. government gave them an audience.

Representatives of the "Corinthian 100" met with officials from the Department of Education and the Consumer Financial Protection Bureau. Rohit Chopra, the CFPB's student loan ombudsman, said in a letter to the strikers that the CFPB would like to "discuss further" potential "ways to address the burden of their student loans."

This saga began last July, when Corinthian Colleges, a for-profit chain with 70,000 students across more than 100 campuses, ceased operations in response to a federal regulatory crackdown.

In September, the CFPB sued Corinthian, accusing it of predatory lending practices. Weeks later, roughly half of its campuses were sold to the Educational Credit Management Corp., a financial company with no prior experience operating colleges.

Finally, in February, the CFPB and the Department of Education announced the forgiveness of $480 million in private student loans held by former Corinthian students.

But those are just the private loans. Borrowers are still on the hook for hundreds of millions of dollars in federal student loans — money that the Department of Education expects to be paid back. That's true even for students who never earned their degrees, on campuses that are being shut down.

Behind this protest is a group called the Debt Collective with roots in the Occupy Wall Street movement. Last September it announced that it had bought up some of the loans made to Corinthian students. When commercial debts go unpaid, they are sometimes written off and sold, often for pennies on the dollar. That campaign, in total, erased $3.9 million in private student loan debt.

Now the group is trying a different tactic: recruiting Corinthian students who are willing to refuse to pay their loans outright, calling for all loans — both private and federal — to be discharged.

Refusing to pay back a student loan can have serious consequences. Wages and tax refunds can be garnisheed. It can also sink a credit score; limit access to a credit card, auto or home loan; and hurt your chances of getting a job. The Corinthian 100 could well suffer the consequences of their protest.

Laura Hanna, an organizer with the Debt Collective, says her group is doing everything it can to make sure strikers like Suggs are informed.

"After we made our initial announcement [looking for strikers] we had a flood of interest. We set up a system to intake and walk through people's financial situations and look at their credit. The people who step up are taking a risk and they understand the repercussions."

Hanna points out that many of the strikers, 14 of whom appeared at Tuesday's meeting, are single mothers living hand to mouth. "They've been negatively affected already. They're choosing to give voices to some of the issues that they're facing regardless."

In addition to the borrowers who are refusing to pay, some 400 members of the Debt Collective have signed on to a legal strategy called "defense to repayment," pursuing legal action against Corinthian for fraud under state law. The goal is the same: to get their debts written off.

The CFPB declined to comment for this story, citing its ongoing suit against Corinthian.

Denise Horn, a spokeswoman for the Department of Education, says borrowers should continue to pay back their federal student loans, knowing that the department is taking a "series of actions to hold Corinthian accountable."

And it's not just Corinthian in the hot seat. Tuesday, the feds released a list of more than 500 colleges and universities that they're placing under financial monitoring. Two hundred ninety are for-profits.

For Suggs, that's not enough.

"Not only did the school fail me, but the Department of Education failed me," she said in a statement on her group's website. "It is their responsibility to make sure that these schools provide a quality education at an affordable cost."

UPDATE 4/1/15: Denise Horn of the Education Department submitted an updated statement re: yesterday's meeting with the debt strikers. Here's an excerpt:

"What these Corinthian students have experienced is troubling ... In the long-term, we will continue to work on initiatives like our interagency task force on for-profits, implementing our gainful employment regulations and providing useful information that will help students as they pursue a high-quality higher education that is affordable and will lead to good outcomes. Finally, we will review every claim to borrower's defense and continue to investigate Corinthian to help students as much as possible."