Accessibility links
Without Janitors, Students Are In Charge Of Keeping School Shipshape : NPR Ed In Japan, many schools don't employ janitors. Instead, they ask the students to pitch in with the daily upkeep. Some U.S. schools are doing the same.

Without Janitors, Students Are In Charge Of Keeping School Shipshape

Without Janitors, Students Are In Charge Of Keeping School Shipshape 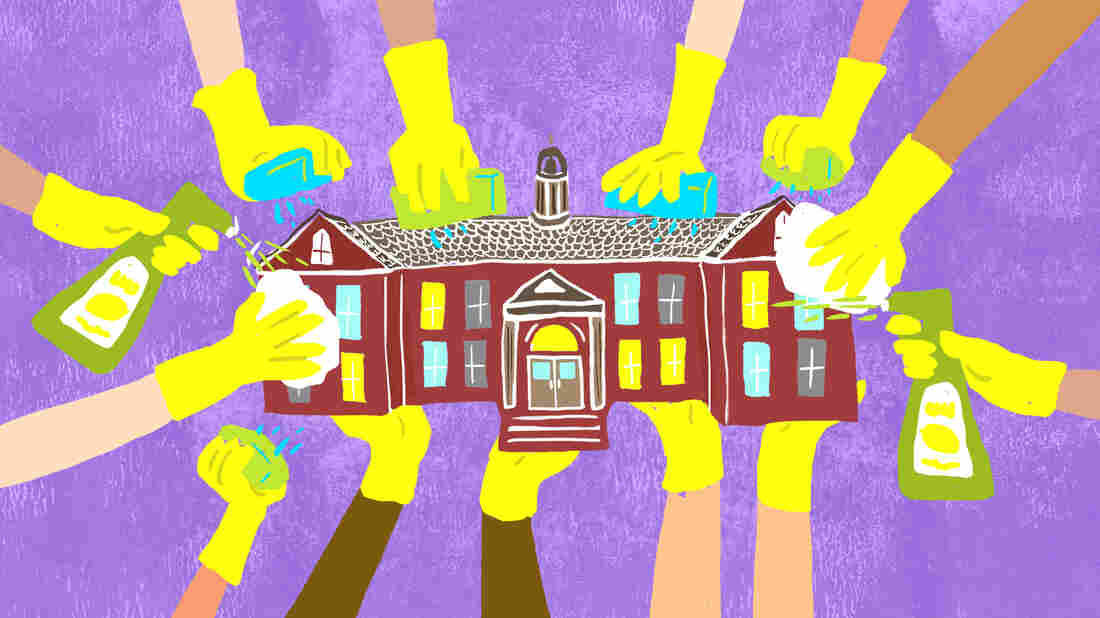 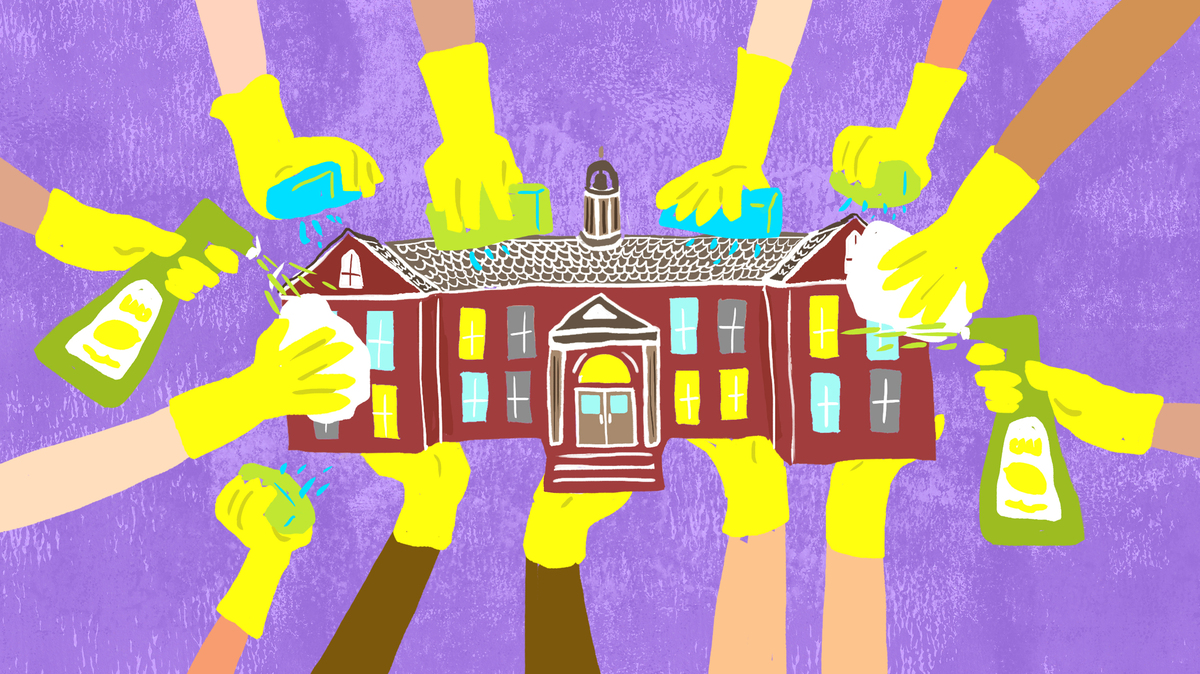 Back in 2011, Newt Gingrich was running for president, and he proposed a radical idea to help schools cut costs: Fire the janitors and pay students to do the cleaning.

Needless to say, the idea to turn students into moonlighting janitors had about as much support as Gingrich's presidential campaign.

But ask Kim De Costa and she'll say there isn't anything radical about asking students to clean up after themselves. At her school, there are no janitors. Instead, students in grades 6-12 meet in teams once or twice a week to clean assigned areas.

De Costa is the executive director of the Armadillo Technical Institute. It's a public charter school in Phoenix, Ore., a few miles from the California border.

For 30 minutes after lunch, students sweep, mop, take out the trash and even clean the bathrooms — but responsibilities rotate so no one is stuck scrubbing toilets more than two or three times a year.

De Costa says it's easy to encourage students to respect their environment when they're the ones responsible for preserving it.

"We really wanted a school where the students took ownership and made it their own," says De Costa, who helped found ATI in 1999.

The school still has maintenance staff for the difficult or dangerous work. But for the most part, students at ATI handle the daily upkeep. And with a little help from peer pressure, the school stays clean.

Eden Cox, a 10th-grader, says that recently she had to confront a classmate after he left a mess behind. "I got on to him and said, 'Can you please throw your trash away so I don't have to,' " Cox recalls.

Places like ATI that build cleanup into the curriculum are rare in the United States.

But in Japan, there's a long tradition of students cleaning their own schools.

There, "school is not just for learning from a book," says Michael Auslin — a former English teacher in Japan. "It's about learning how to become a member of society and taking responsibility for oneself," says Auslin, who is now a resident scholar and director of Japan studies at the American Enterprise Institute.

To make cleaning easier, Japanese students put on slippers before entering the classroom to prevent dirt from being dragged into the room.

At Brentwood Academy outside Nashville, Tenn., keeping the school spick-and-span is just part of the daily routine for students.

Each day before P.E., students at the private prep school report for 10 minutes of "clean-up" duty in their assigned areas.

Susan Shafer, the school's director of communications, considers "clean-up" an additional component of the school's mission of educating the whole person.

"We're trying to train them for life," says Shafer. "They're all going to go to college. No one is going to clean their dorm room for them."

Maddie Jarrard, an 11th-grader, is responsible for dusting a classroom every day. She says even after sports games, Brentwood players are expected to stay behind to pick up any trash left in the stands.

"They're not only trying to keep the place clean," says Jarrard, referring to Brentwood's staff. "But they're also trying to build character in each student."

While some parents might balk at the idea of a school taking time away from class to make students push a broom, educators at both ATI and Brentwood both say that parents have shown overwhelming support.

If anything, according to staff, parents want to know how to get their kids to clean their room at home as well as they do at school.