To Get More Students Through College, Give Them Fewer Choices

To Get More Students Through College, Give Them Fewer Choices

How many different flavors of jam do you need to be happy?

In 2000, a famous experiment showed that when people were presented with a supermarket sampler of 24 exotic fruit flavors, they were more attracted to the display. But, when the sample included only six flavors, they were 10 times more likely to actually buy. 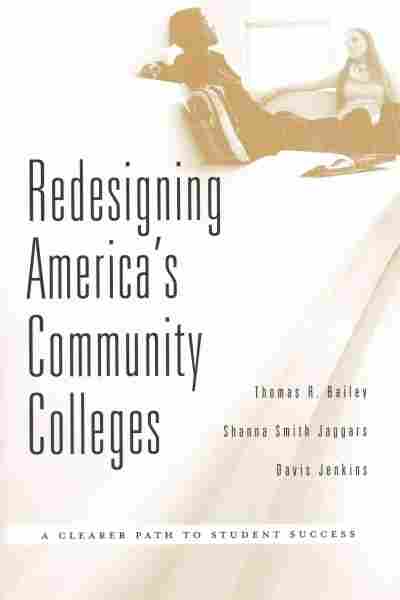 A Clearer Path to Student Success

This experiment contributed to the literature of what's known as "the paradox of choice." Too many choices can lead to feelings of frustration, dissatisfaction and paralysis, which is especially bad in cases where not making a choice is the worst one of all.

College is no different from jam, according to a surprising new book, Redesigning America's Community Colleges. The authors, three Columbia University education researchers, argue that the best way to help the largest number of students get through college is to give them fewer pathways than they have now.

To many, that may sound counterintuitive. Here's the problem. The typical broad-access institution offers short-term certificates, noncredit classes, remedial courses, technical and vocational two-year degree programs and general education requirements for students hoping to transfer to a four-year university — everything from "the exposition of esoteric Buddhism to the management of chain grocery stores," as a Carnegie Foundation president put it back in 1929.

This is what Davis Jenkins, one of the book's authors, calls the "cafeteria model." But putting together a balanced meal from an all-you-can-eat buffet isn't easy, especially for students who are more likely to be working adults with caregiving responsibilities and the first in their families to attend college.

At the same time, supports like counseling, advising and the like, Jenkins says, are, quite literally, handled in a separate building. And often, "the students who most need the supports are least likely to seek them out."

We know that the vast majority of students who enter community college leave without a degree. And Jenkins and his coauthors, Thomas Bailey and Shanna Smith Jaggars, point out that the lucky few who do manage to earn a diploma tend to earn more credits than they need. Sometimes that's intentional, but often it's because they wasted time taking unnecessary courses.

Jenkins and Bailey say there is another way: simpler, shorter pathways to graduation, with extra support. Pieces of this approach are being practiced in places as diverse as Queensborough College in New York City and Maricopa County Community College District in Arizona.

Every page of this book is bolstered with research and full of real-world examples. Case in point, Bailey spent years researching remedial education and found that it's little more than a roadblock to success. We spend $4 billion a year on it, but of students referred to developmental math, for example, only 16 percent go on to complete a first-year, college-level math course.

On the other hand, the Statways and Quantways initiative, a new sequence of courses that skips remedial algebra and teaches developmental and college-level math concurrently using questions relevant to students' lives, sees nearly half of its students complete college-level math in just one year.

Jenkins and Bailey have an iconoclastic view of cost savings, too. "We think the new business model should be reducing the cost per successful completion," Jenkins says. By contrast, "the broader discussion in many states has been, 'How can we hack the budgets for higher ed indiscriminately?' "

Several years ago the City University of New York introduced a program for students called ASAP. It featured many of the elements discussed in this book: small cohorts, block scheduling, personalized advising, accelerated movement through remediation. The cost per student was much higher than a typical college program, but graduation rates nearly doubled in three years, meaning the cost per graduate was actually lower.

Why are so many schools in the United States loath to adopt college programs with restricted choices, especially for lower income students? One big reason: It's part of our national antipathy toward tracking. But, Bailey says, giving students an overwhelming number of choices without guidance is a problem.

"There has not been enough emphasis on helping students choose," Bailey says. "Yes, people have a lot of choice now, but that choice is sort of random."

The changes that Bailey, Jenkins and Jaggars propose in the book are sweeping. They say there's been too much tinkering around the edges in higher education reform and that it's time to go big.

"There's already a lot of reforms out there, and we hope that this isn't seen as another one that sort of adds to that," says Bailey. "It's a framework for thinking about a lot of them."