Accessibility links
An Irreplaceable Replacement, This Sub Gets The Job Done : NPR Ed Josephine Brewington, from Indiana, is the 2015 Substitute Teacher of the Year.

An Irreplaceable Replacement, This Sub Gets The Job Done

An Irreplaceable Replacement, This Sub Gets The Job Done 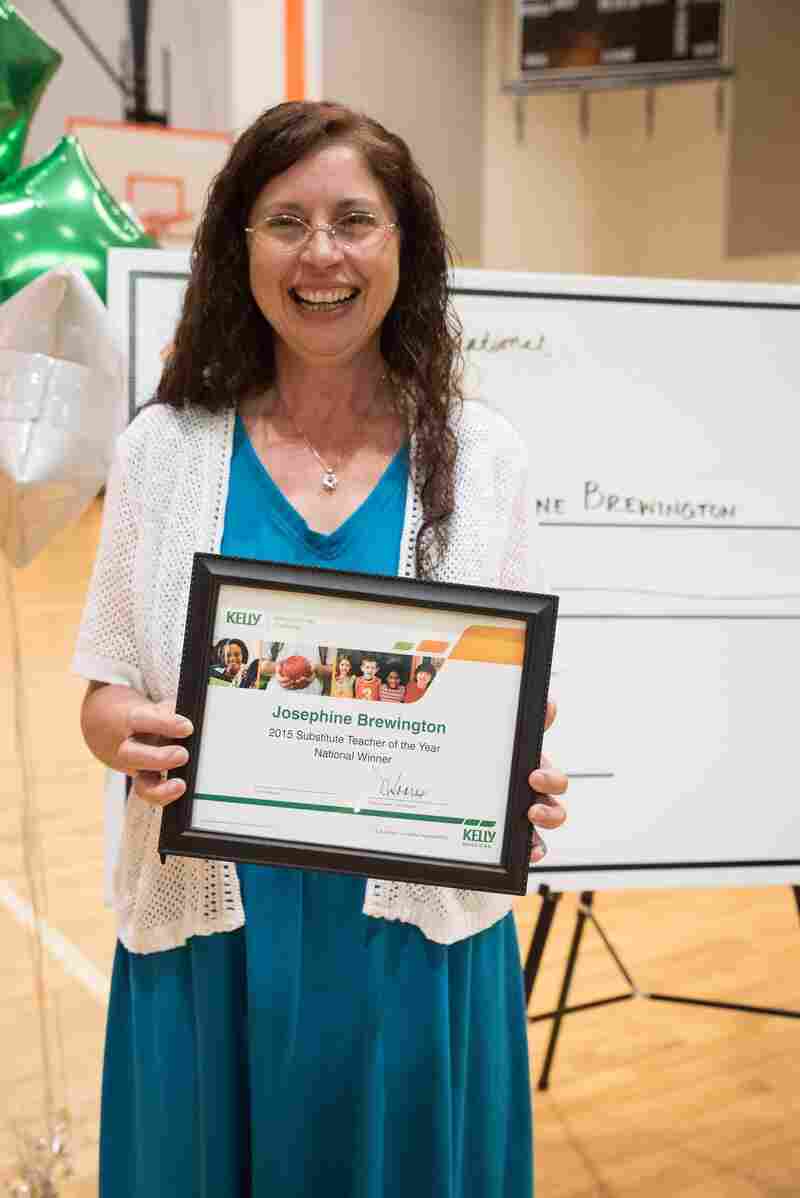 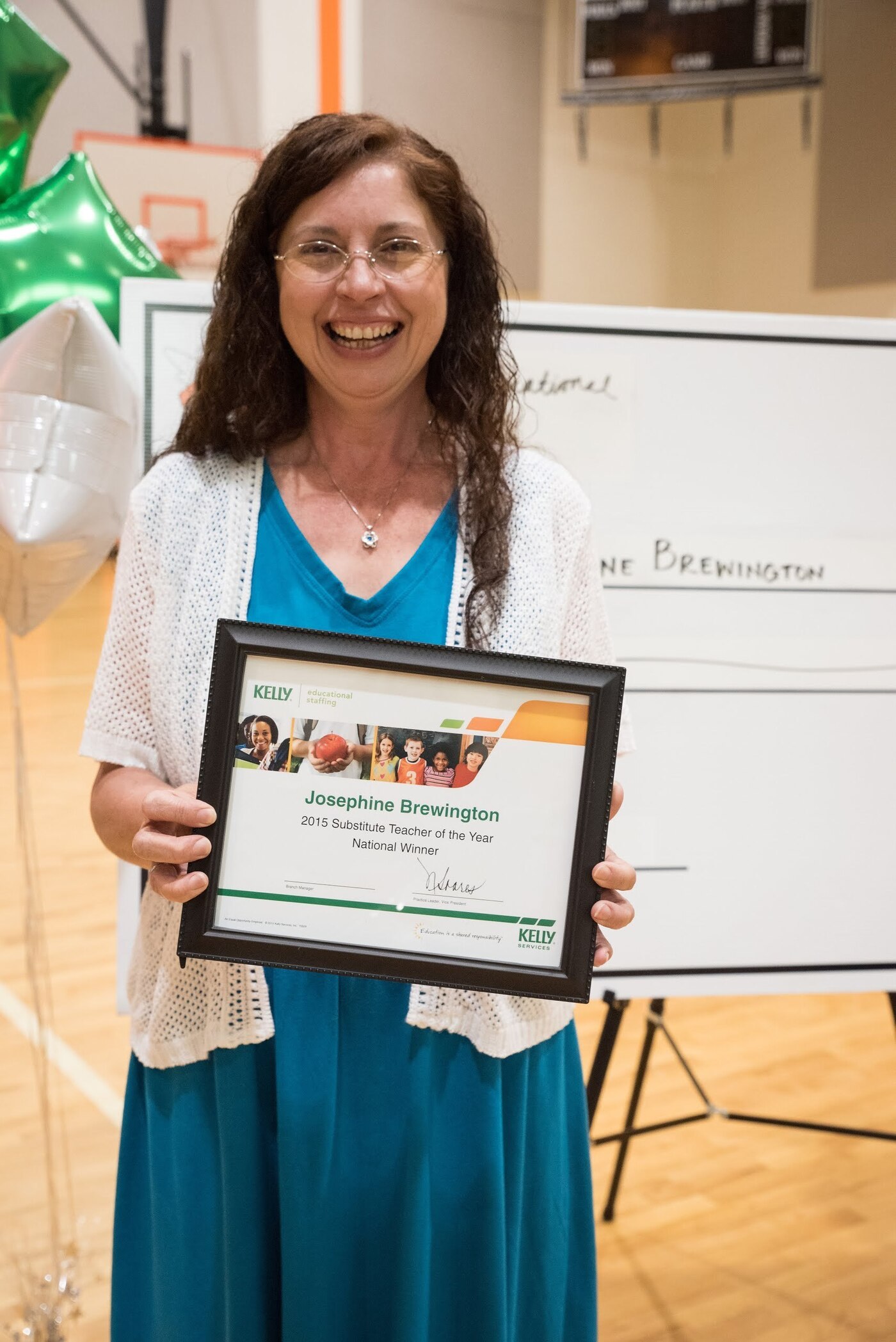 One of the toughest jobs in education is the substitute teacher. The pay is low, schedules are unpredictable and respect can be hard to come by. But because the average teacher missed 11 days of school in 2012-2013, a sub like Josephine Brewington ends up playing a crucial role.

And this week — Brewington was rewarded for her efforts — winning the 2015 Substitute Teacher of the Year award.

For the last six years, Brewington, 50, has taught inside every kind of classroom in the Beech Grove City Schools system outside Indianapolis.

Whether it's chasing third-graders in PE or leading a high school algebra lesson, her job is to make sure that if the permanent teacher has the day off, the students don't.

"I'm not going to sit at a desk all day and read a book," says Brewington. "That would be so boring for me."

Instead, Brewington walks around the classroom and peers over students' shoulders. She's helping them stay on task. "I get done what the teacher wants to get done for the day," she says.

The recognition from Kelly Educational Staffing, the nation's largest provider of substitute teachers, puzzles Brewington. The award, she says, reminds her of a moment from her first year subbing.

Her classroom door was open and another teacher stopped by to observe.

"The teacher made the comment, 'She's actually teaching in that classroom,' and I thought, 'Uh, yeah! What else would I be doing?'" Brewington says. "All I've done is gone in every day and done my job. I go to work every day like I'm supposed to."

But she doesn't have to. Her husband is retired and her children are all grown with jobs of their own.

For Brewington, being a sub is a choice, because, she says: "I can make a little difference for someone."

And, making a difference, her fellow educators says, is exactly what Brewington is doing.

"She's just one of those teachers," says Tonya Reid, the principal of South Beech Grove Intermediate. "You know when she's in your room it's going to be business as usual."

By keeping a class on pace for the year, Brewington avoids any lost learning. And for some students, hearing another person explain the same concept can be helpful in understanding a lesson.

"She puts things in a way that everybody gets," wrote one student in a nomination letter for the award.

But Brewington admits that substitute teachers have challenges unlike the ones permanent teachers face.

For instance, every day is like the first day of school for a sub.

"It's nerve-wracking," says Brewington. "I don't know how the children are going to react."

And she's often at the mercy of the full-time teacher. Small things, like having a seating chart with names, can make a big difference. "If you know someone's name or someone's face you get a lot more respect from them," she says.

But when the kids are good, subbing is great. And the best classrooms often get Brewington thinking it might be nice to take on a more permanent role at school.

"Yeah, you have moments," she says. "But with my age, being towards retirement, this is what's working out best for me."

And she isn't discouraged by her short-term impact: "To me, personally, I just want to go in and help a kid."