Accessibility links
Colleges To Students: Don't Trash Those Dorm Castoffs! Donate! : NPR Ed As college students leave for the summer, many just throw away what they can't fit in the car for the ride home. But some schools are trying to find a new home for those campus castoffs. 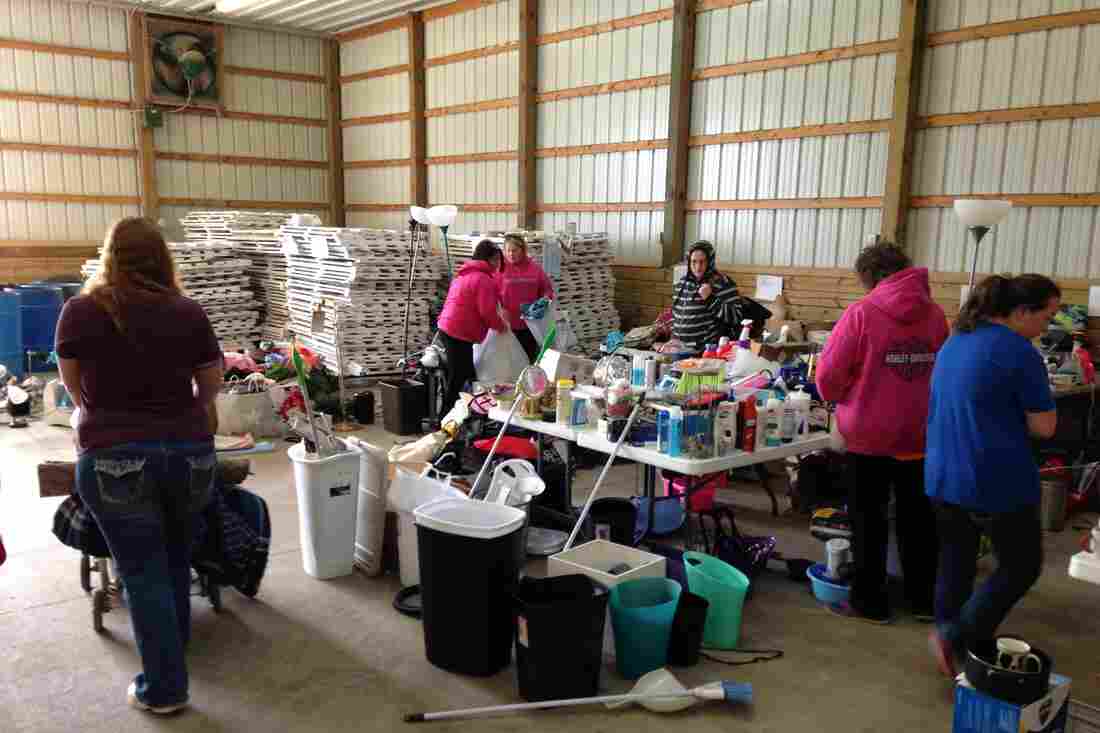 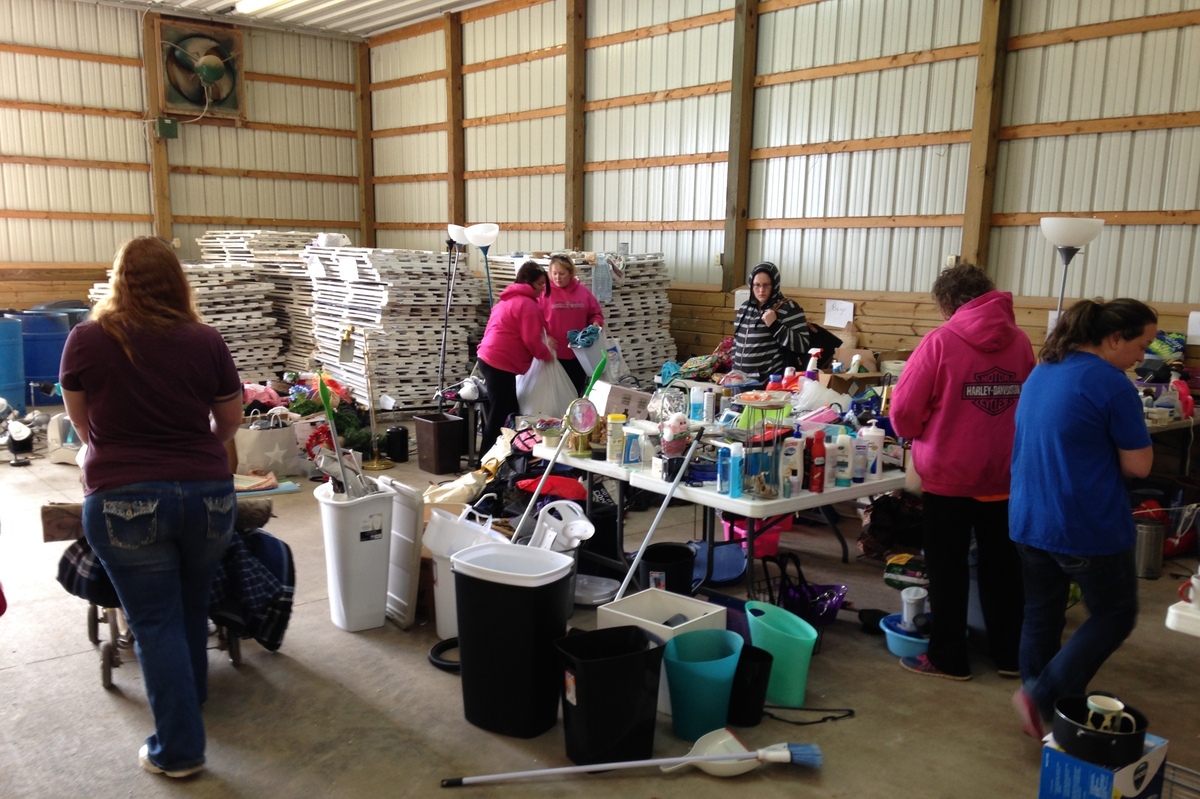 Families peruse the belongings left behind by DePauw students.

The goat barn at the Putnam County fairgrounds in Greencastle, Ind., will soon be full of, well, goats. But right now it's full of folding tables stacked with clothes, books and housewares — including an anatomically correct coffee mug in the shape of a woman.

At the tables are families, lots of them. Some waited in line for more than an hour to get first dibs on the larger items, like furniture and appliances. Carrie Ardito was first in that line and ran to the back to claim a clothes dryer.

With so many eager new owners, it's hard to believe that most of this stuff was voluntarily left behind by students at DePauw University, about a mile up the road. For the last six years, the school of about 2,200 has developed a donation program, encouraging students as they move out of the dorms each year to give away — not throw away.

"It's not even necessarily that students are wasteful. It's just this transition time," says DePauw's Sustainability Director Anthony Baratta, who oversees the program.

"And so, you have a student who's in this transitory time, isn't going to take the futon on the plane, but then this actually makes a difference for whether someone is sleeping on a bed or a futon or the floor," Baratta says.

Case in point: Ed Sparks, who is helping his wife treasure-hunt.

"She was mainly after a bed — a couch-bed, whatever you wanna call it — for the little one," Sparks says. 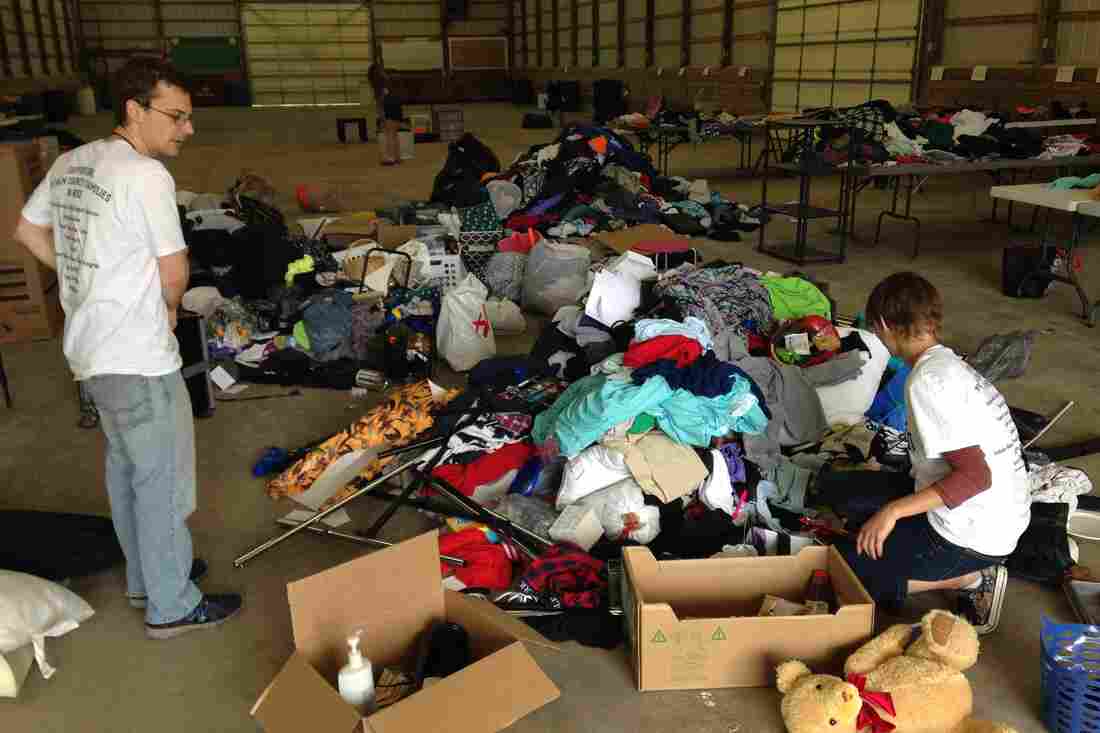 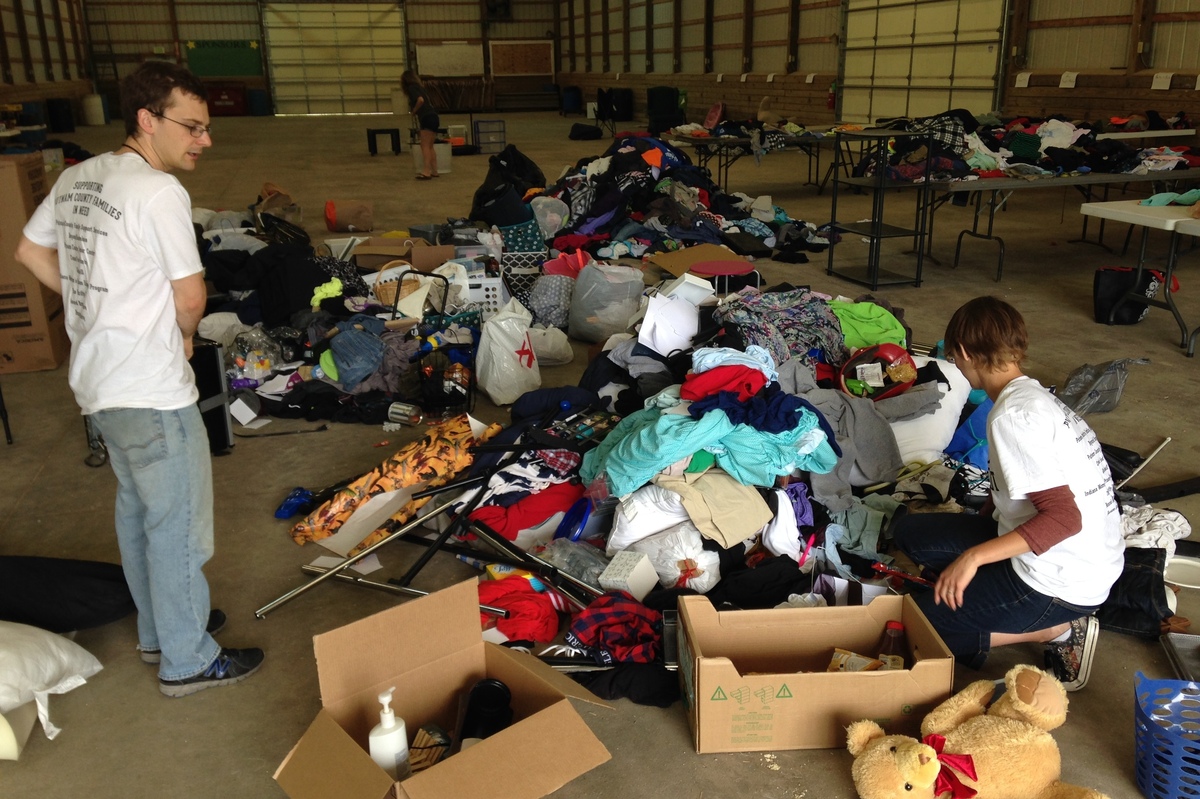 The little one is their daughter, Madlynn, who ambles up, smiling and sporting a massive, yellow foam hand from some past DePauw sporting event.

"It means a lot," Sparks says. "That way she has something a little bit better than what she's got right now."

The median household income in the city of Greencastle is $41,000. School admissions officials say the median income among student families is more than twice that.

A week before the goat barn giveaway, while students were still packing and saying their goodbyes, some tossed unwanted items into recycling boxes that the school had left in the dorm hallways.

Allen Denhart, who was moving his daughter Emily out after her first year, said he'd moved his kids out of dorm rooms before but was doing it differently this year because of the constant reminders to donate.

"Yeah, normally I would have just taken it to the dumpster if I didn't know," he says. "Like that big piece of carpet there will probably save somebody $50 or $100 if they need a piece of carpet for next year."

Back at the goat barn, Carrie Ardito certainly saved some money finding that clothes dryer.

"I'm grateful for it, because it's stuff I can't afford on my own," Ardito says. "And then if I can't use it, I donate it to somebody else. I'm excited."

When this program started six years ago, only about a dozen families benefited. This year, it's more than 100.