Accessibility links
A New Kind Of College Wins State Approval In Rhode Island : NPR Ed College Unbound aims to provide students who have some college experience a personalized path to a degree. 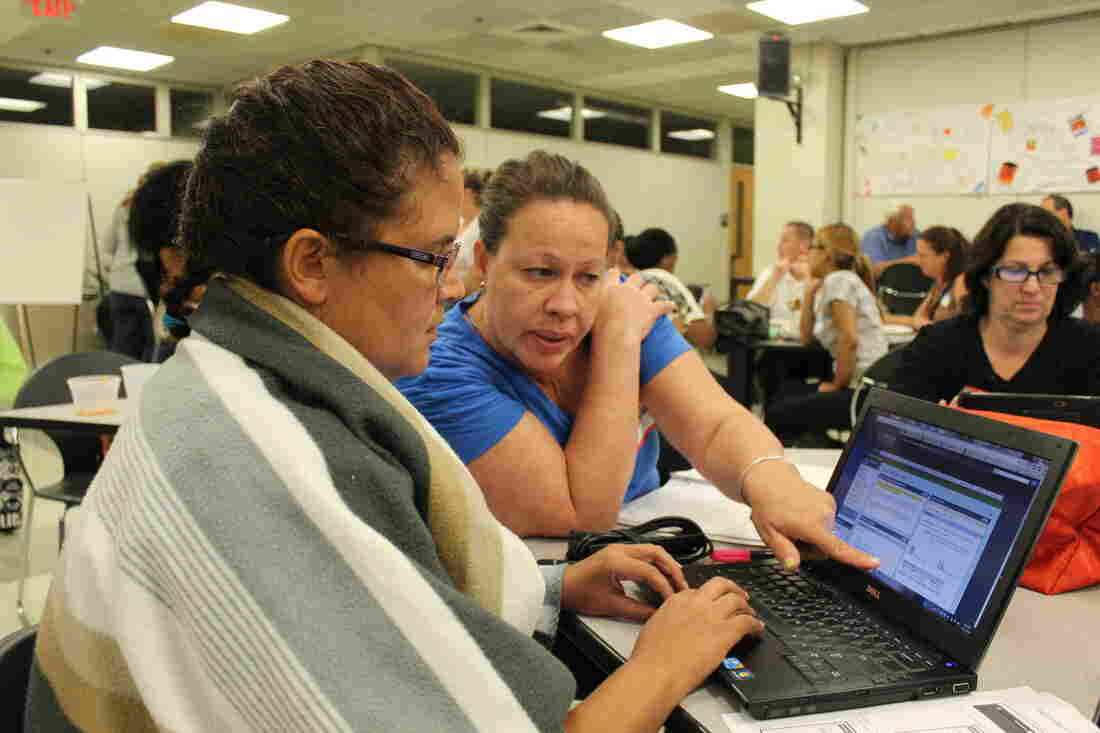 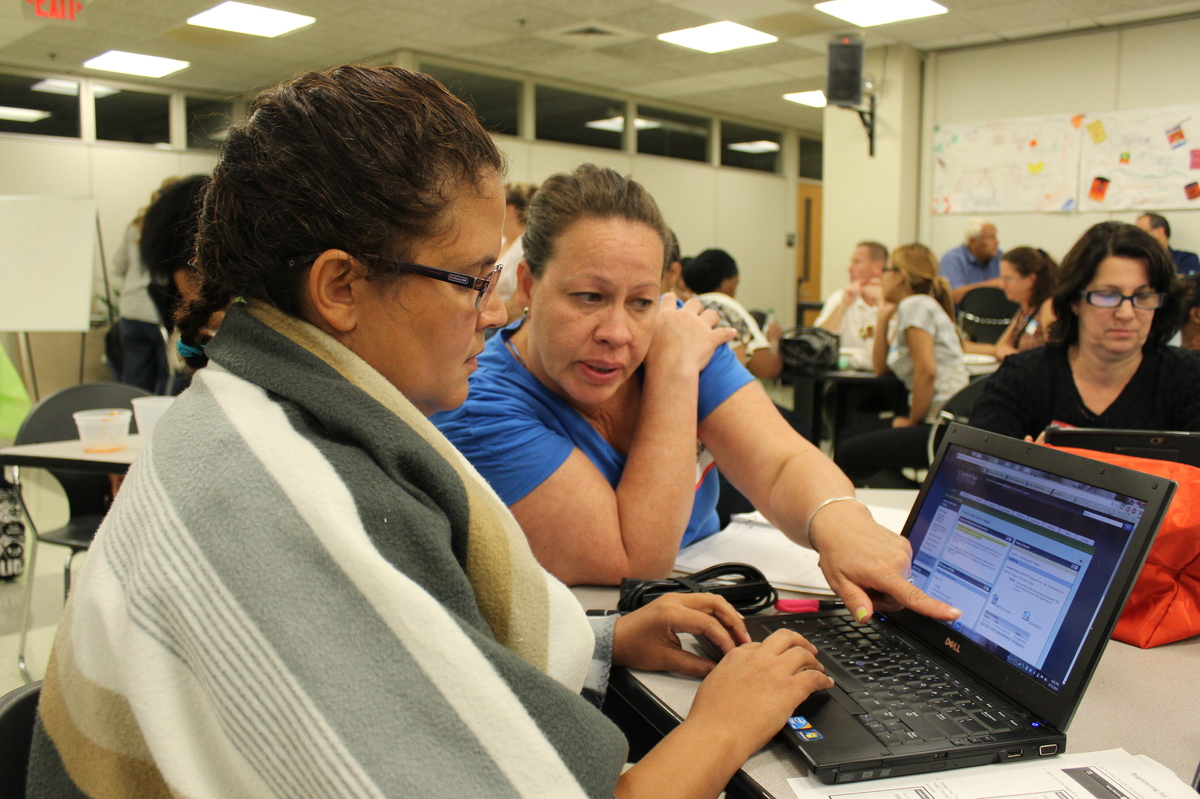 It's one of the biggest challenges in higher education today: What do you do with the nearly one in five working-age adults who have some college experience, but no degree?

Sokeo Ros was one of them. "I just hated" community college, he says. "I wasn't being challenged."

Ros, 34, was born in a Cambodian refugee camp in Thailand. He dropped out of two colleges, switching majors several times. 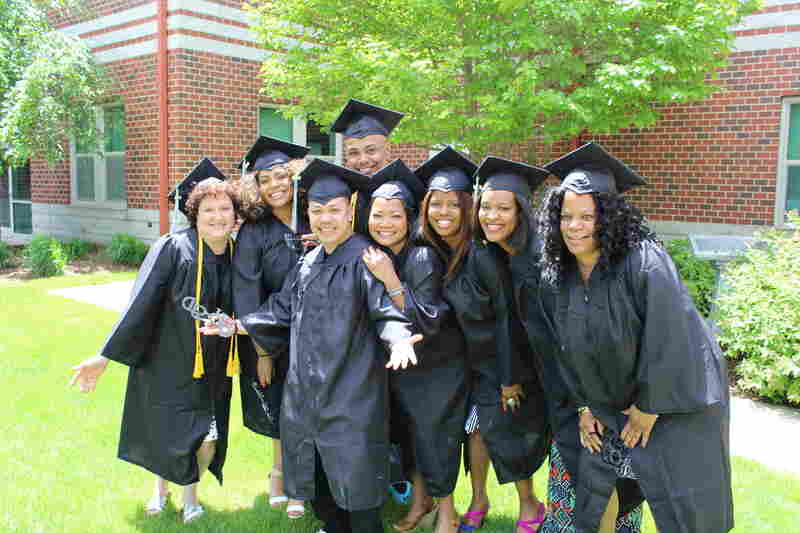 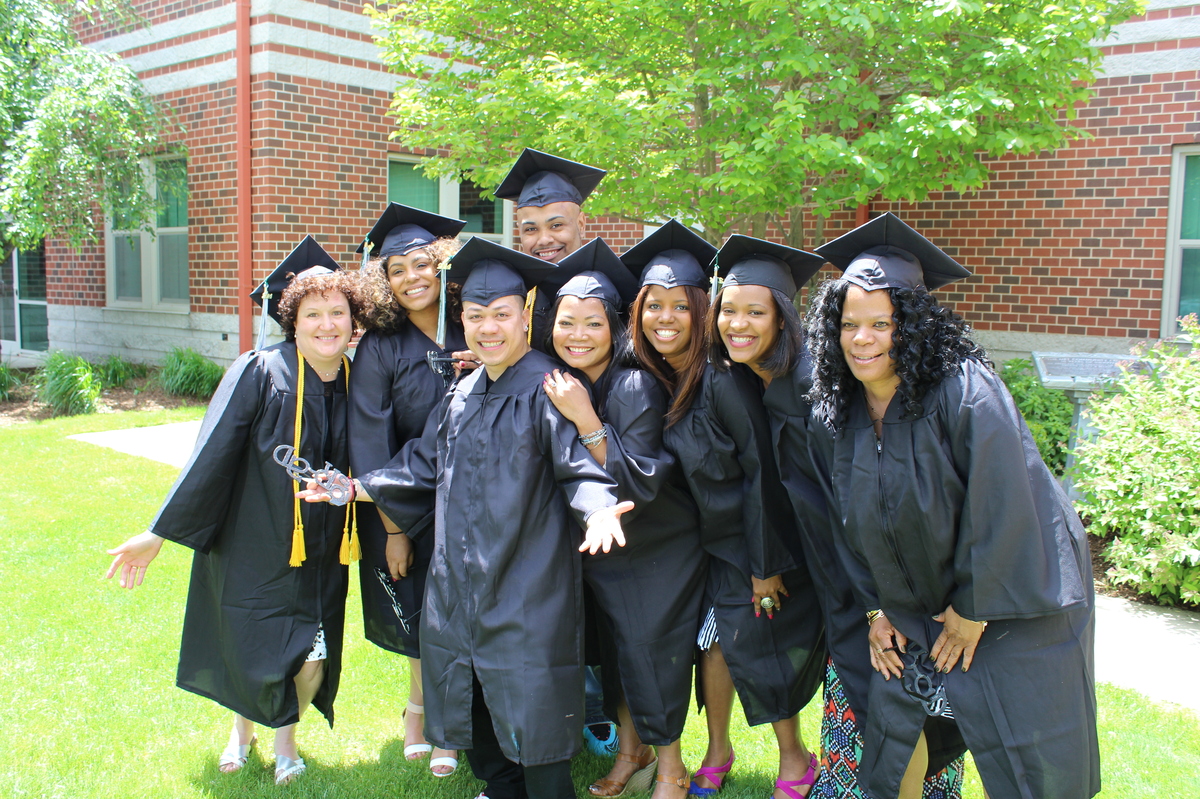 Meanwhile, he was teaching dance in Providence, R.I., raising his daughter, now 12, and break-dancing with a local company. "I made up my mind: I'm never going back to school. I have all these debts and loans, and I don't want to waste my time."

But in 2012 he found something called College Unbound. It's a 6-year-old experiment in Rhode Island that accepts adults, like Ros, who already have at least a few college credits.

College Unbound is the creation of education innovator Dennis Littky, who built it on this principle: Treat students from nontraditional backgrounds to the kind of special, individualized attention found in the most elite educational settings. Allow their own passions and interests to be paramount. Help them craft their own path to a degree.

"If we can figure this thing out, we can start changing the landscape for those 35 million people" with some college and no degree, Littky says.

As of this month, College Unbound took a big step forward. The state Council on Postsecondary Education recognized it as an independent degree-granting postsecondary option in Rhode Island. Previously, the project had awarded degrees in partnership with other institutions.

Nearly all the students are eligible for Pell Grants. They are paired one-on-one with advisers who help them craft a plan that combines a job or internship with online classes and independent research. Students create online portfolios and live exhibitions of their work.

Ros drew on dance performance and community service to craft his major. He traveled to Cambodia with his dance troupe, visited with relatives, and then returned to present his experience to his fellow students.

Essentially, College Unbound expands an educational model that Littky has been perfecting for the past four decades. His organization, Big Picture Learning, also runs a network of charter and public high schools that has attained a 92 percent graduation rate among a high-poverty population.

Littky became frustrated several years ago that so many of his "nontraditional" students were not succeeding in traditional colleges. He decided to create a model more responsive to their needs.

Right now, College Unbound enrolls about 75 students. It strives to keep the total cost per student under $10,000 per year.

So far, the approach seems to be working: 85 percent of its students have returned for a second year; 60 percent of graduates take less than two years to complete their bachelor's degrees. And nearly nine of 10 College Unbound alumni are employed full time.

Littky says the goal is to create a transformative learning experience giving students more than just vocational training or qualifications.

Sokeo Ros experienced that transformation. "Initially I was like, just give me a damn degree. That was what my mindset was. [But] I kind of fell in love with the idea that learning is a lifelong experience."