Accessibility links
In Detroit, Lots Of Options For Turning Fs Into Cs : NPR Ed Extra credit and "credit recovery" help Michigan students graduate, but there are questions about rigor. Kevin Mahone hopes to use extra credit and after-school work to meet the requirements for graduation. LA Johnson/NPR hide caption 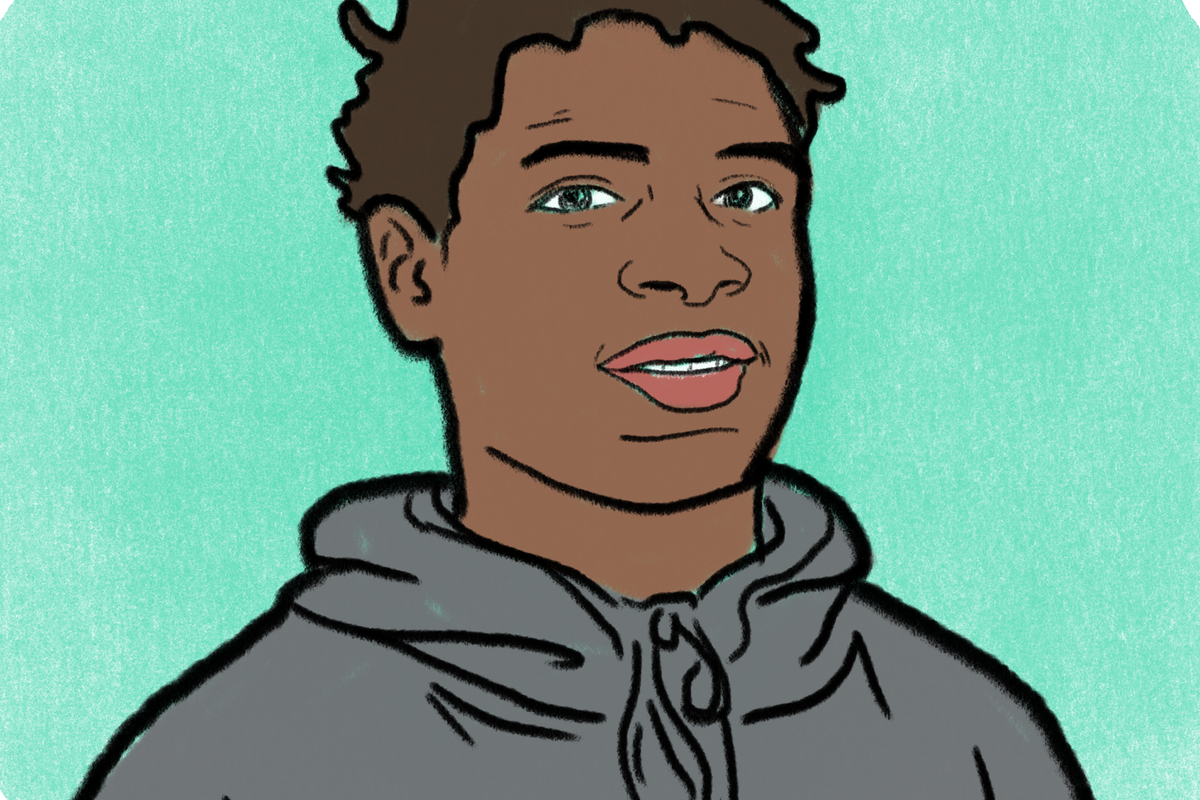 Kevin Mahone hopes to use extra credit and after-school work to meet the requirements for graduation.

The US high school graduation rate is at an all-time high. But why? NPR Ed partnered with 14 member stations around the country to bring you the stories behind that number. Check out the whole story here. And find out what's happening in your state.

Kevin Mahone is a high school junior in Detroit and a star football player. His classmates like to talk about how well he plays, how he might go pro one day. But ask Kevin Mahone what he wants to do with his life, and he offers two goals: "Make it out the 'hood" and "do four to eight years of college." He wants to become a doctor or a lawyer. Professional football is his fallback.

Even though Mahone's mid-semester progress report said he was failing four classes, he wasn't too worried. That's because he had a plan: To ask his teachers for "all this extra credit, try to turn these Fs to Cs before grades go in."

First, a bit of context. From 2012 to 2013, the state's high school graduation rate ticked up slightly, from 76 to 77 percent for students who graduate in four years. But students of color and those from low-income families are graduating at significantly lower rates.

To bring those numbers up, Michigan schools are increasingly letting teens who are at risk of failing and dropping out "recover" the credits they need to graduate.

Take Mahone's school, where nearly all students are black and qualify for free lunch. Cody High used to be what's called a "dropout factory," most years graduating just 60 percent of its seniors. But, in 2009, things began to change. Cody was broken up into three smaller high schools, including Mahone's Cody Medicine and Community Health Academy.

Each school also doubled down on efforts to improve its graduation rate. Jeremy Singer, one of Mahone's teachers, says that includes letting students do additional work — extra credit — to quickly turn Fs into Cs. Singer's not sure how he feels about the idea.

"The whole approach to grades and what it means to pass and what the standards are for passing are so wonky," says Singer, in his first year at Cody. He admits "it doesn't feel right" to let students come at the eleventh hour to try and bring up their grades, "but it's kind of like standard practice, so I'm just doing it."

It's a free, after-school program – mostly online – for students who fail a class and need to retake it at an accelerated pace. More than a third of Cody students, including Kevin Mahone, are in credit recovery, a common feature in classrooms across the country.

The school's counselor, Robert Donoghue, says credit recovery is a good thing because it lets students work at their own pace and get more one-on-one help.

"As far as getting As and Bs, they might never get there," says Donoghue, "but they learn how to pass a class, a little bit of professionalism, and they get through it."

But there's hardly any data on the practice. It's still too early to know how rigorous credit recovery programs are or whether they prepare students for college.

At turnaround schools like Cody, progress is measured in large part by whether graduation rates improve. So there's added incentive for those schools to do whatever it takes to get kids to graduate — things like extra credit and credit recovery.

Yes, teacher Jeremy Singer wants his students to walk across that stage and earn their diplomas, but he's not sure these back-up practices are in his students' best interests.

"I don't think the degree from Cody right now is a proxy that says 'Because you have this degree, we're confident that you'll get through college,' " Singer says. "And that's the problem."

Read this for more on Mahone and credit recovery from Michigan Radio.