Accessibility links
How One Israeli Educator Turned His School Around : NPR Ed At this high school perched on a mountain in Israel, every single senior passed the exams that the principal calls "a ticket ... to better places." Fifteen years ago, only 12 percent passed. 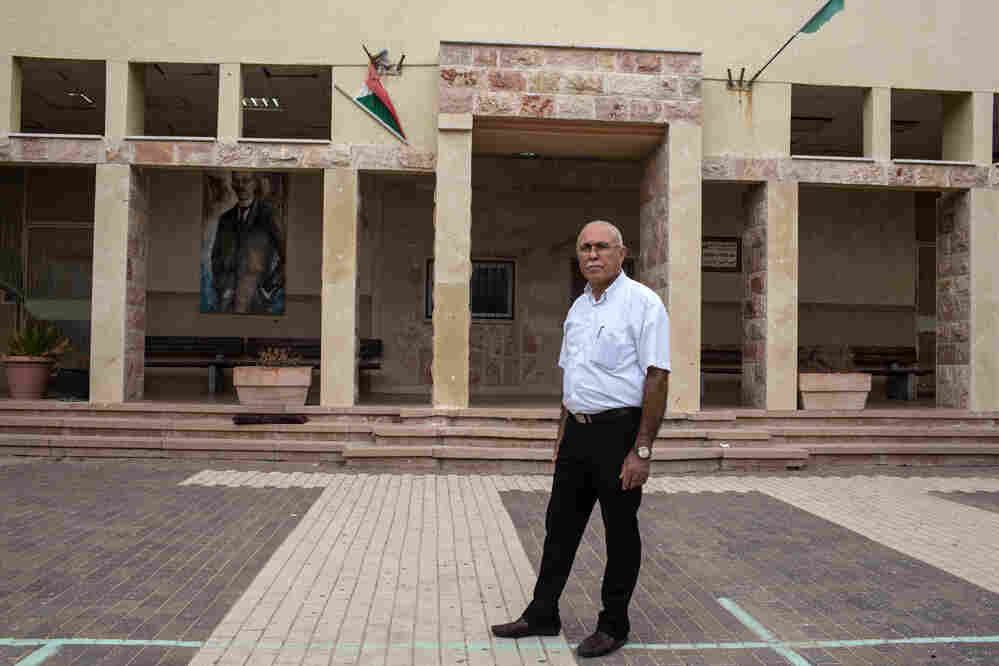 Principal Ali Shalalha stands at the entrance of the high school. Though the school has closed for summer, it's filled with students who are studying for exams. Tanya Habjouqa for NPR hide caption 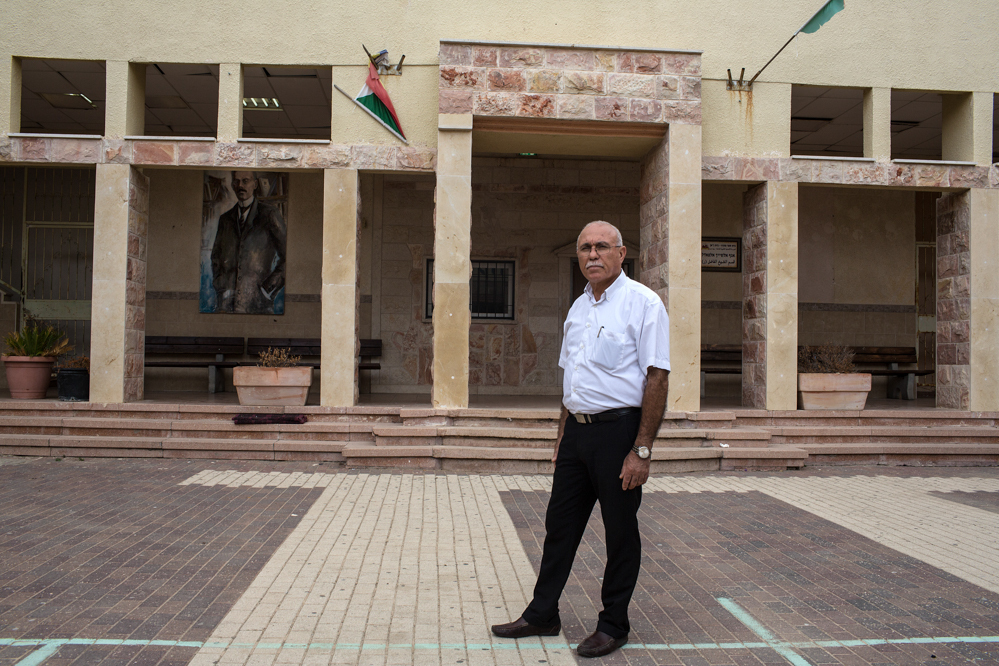 Principal Ali Shalalha stands at the entrance of the high school. Though the school has closed for summer, it's filled with students who are studying for exams.

In a small town perched on a steep mountain in northern Israel, Ali Shalalha has managed a remarkable achievement.

Fifteen years ago, only 12 percent of seniors at Beit Jann Comprehensive School passed the exams that are the prerequisite for higher education in Israel. Last year, and the year before, every single senior passed.

Beit Jann ranks second now in the high school graduation exams, known as bagrut, for all of Israel. This year, Shalalha — the school's principal — is hoping for first.

"Bagrut is a ticket," Shalalha says. "If you have this ticket, you can go to better places."

Beit Jann is an Israeli Druze community. Druze are a tiny Arab religious minority, practicing a secretive offshoot of Islam.

Although Druze in Israel are more integrated into mainstream society than other minorities — many young Druze men serve in the military, for example — Beit Jann is a poor community, existing on the margins of Israeli society.

Shalalha became principal of the town's only high school in 2000, when the percentage of seniors earning a bagrut certificate hit a low of 12 percent. Born in Beit Jann, and a graduate of the school, he began teaching there in 1979.

Except for three years when he taught his specialty, Israeli politics, in a nearby community, Shalalha has spent his entire career at this school.

He says he built on community ties to increase the number of students earning a bagrut certificate. First he cracked down on cheating. That was very difficult, he said. His car was vandalized and many people didn't believe he would succeed. 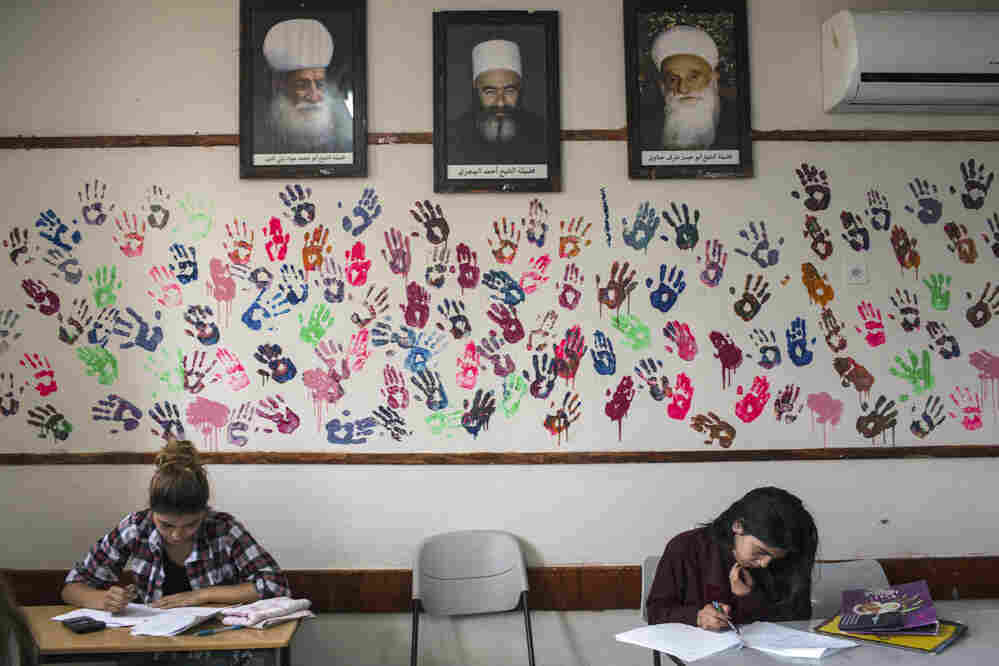 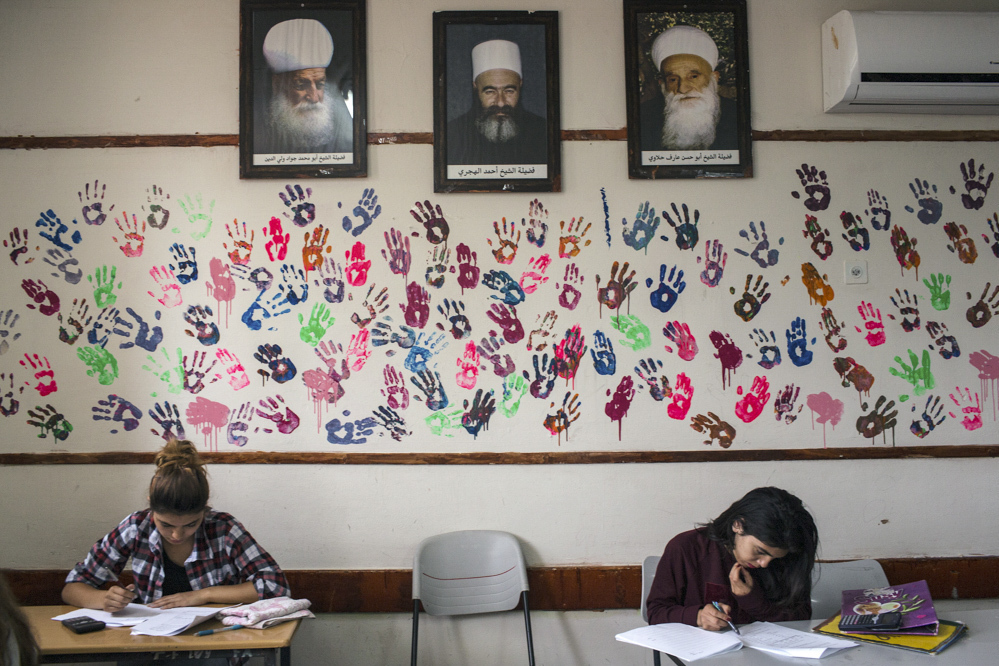 Students study for the final exam.

"It's very hard," Shalalha recalls. "But I said, 'I want to have a good community. It's not Druze to cheat.' "

Then he focused on teachers, recruiting from other graduates, like him.

"You need good teachers that work together, they love their students, they love our community, they take care of students and work hard."

Shalalha is quick to point out that he did not turn the school around by himself. The percentage of students passing the bagrut at Beit Jann did rise consistently over the years. Then, seven years ago, Beit Jann implemented a special program for 10th-graders in the school who have the worst records from previous years.

Called START, the program places students in small classes, sometimes concentrating on just a few core subjects. And it worked: Two years ago, for the first time, 100 percent of seniors earned their bagrut certificate.

Nissim Cohen heads Israel's Yeholot Association, a subsidiary of the Rashi Foundation. He created the program, which in partnership with Israel's Ministry of Education is used in other marginalized communities as well.

Cohen says the success of Beit Jann illustrates the core idea of his approach: "That everyone is able."

He and Shalalha say they fought the idea — ingrained in the minds of teachers, parents and sometimes government officials — that some students simply can't succeed, particularly in the rigorous exam approach of Israeli education.

All START program participants have failed many exams. But instead of shying away from more tests, they take exams every step of their learning — and pass. Cohen says this gives the students encouraging evidence that they can succeed.

"The same tools the schools use to show they cannot succeed, we use them in opposite way."

Beit Jann 11th-grader Mudar Shar'er says he is sometimes at school working with teachers until close to midnight. He thinks it's worthwhile. 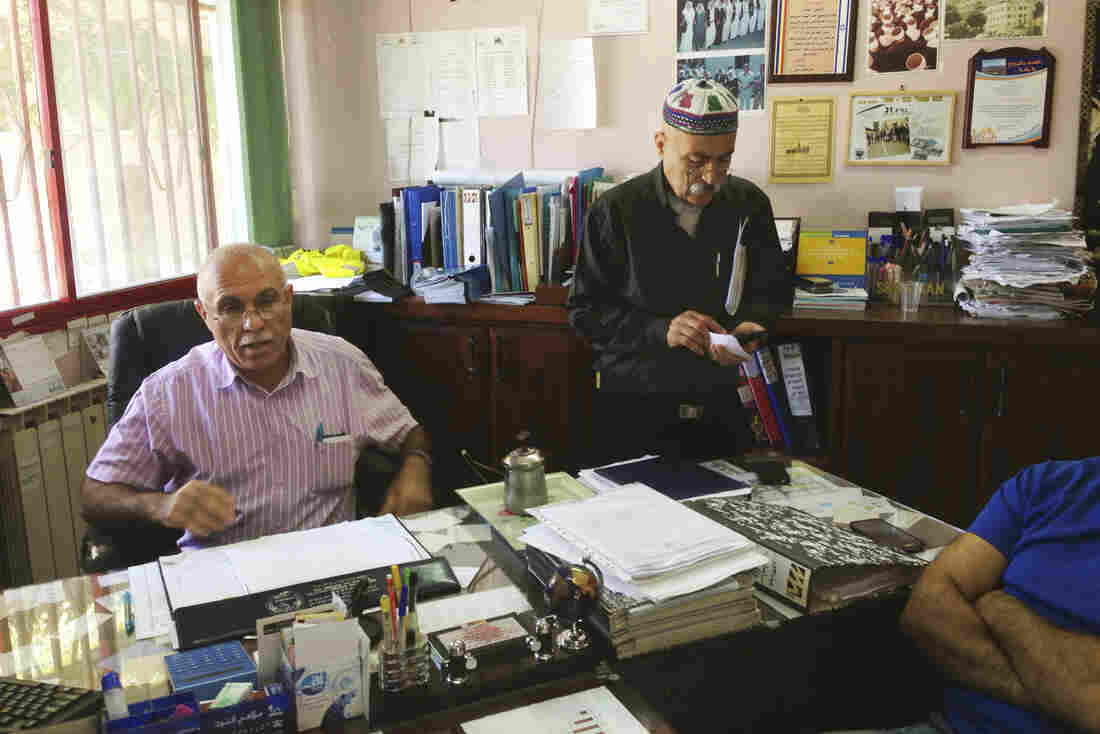 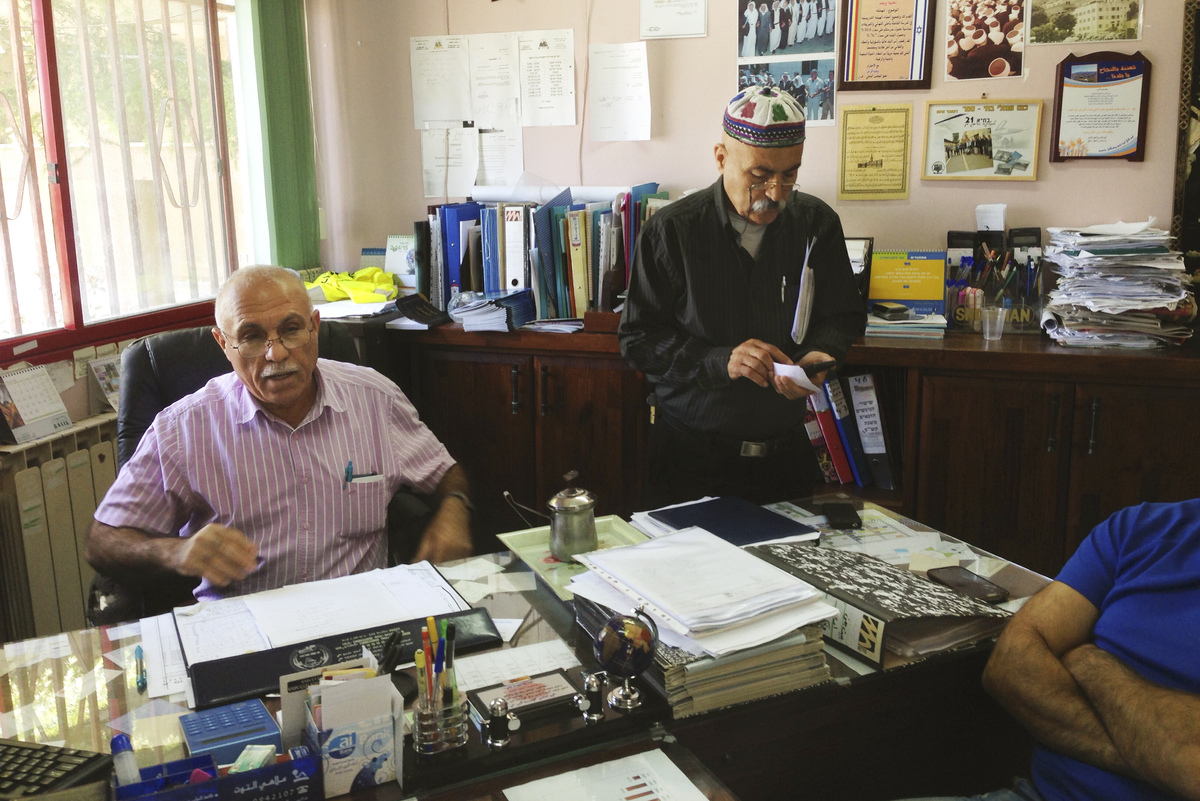 Shalalha meets with teachers in his office.

"I feel better about myself and about school," he says. "I've done well on tests and I've gotten better grades."

Physics teacher Marwa Kees, who teaches students both in and outside the special program, credits Shalalha with instilling a sense of rigor and pride: "Ali is behind the discipline and the rules that guide the behavior of students in this school."

Thirty-seven years ago, Shalalha was among the first five students from this village to attend college. After earning his bachelor's degree, he tried law school but changed his mind.

"To be a man of education," he says, "you can make good community and be better than what we have."