Accessibility links
How Textbooks Can Teach Different Versions Of History : NPR Ed About 5 million public school students in Texas this year will get new and controversial textbooks that critics say water down history. 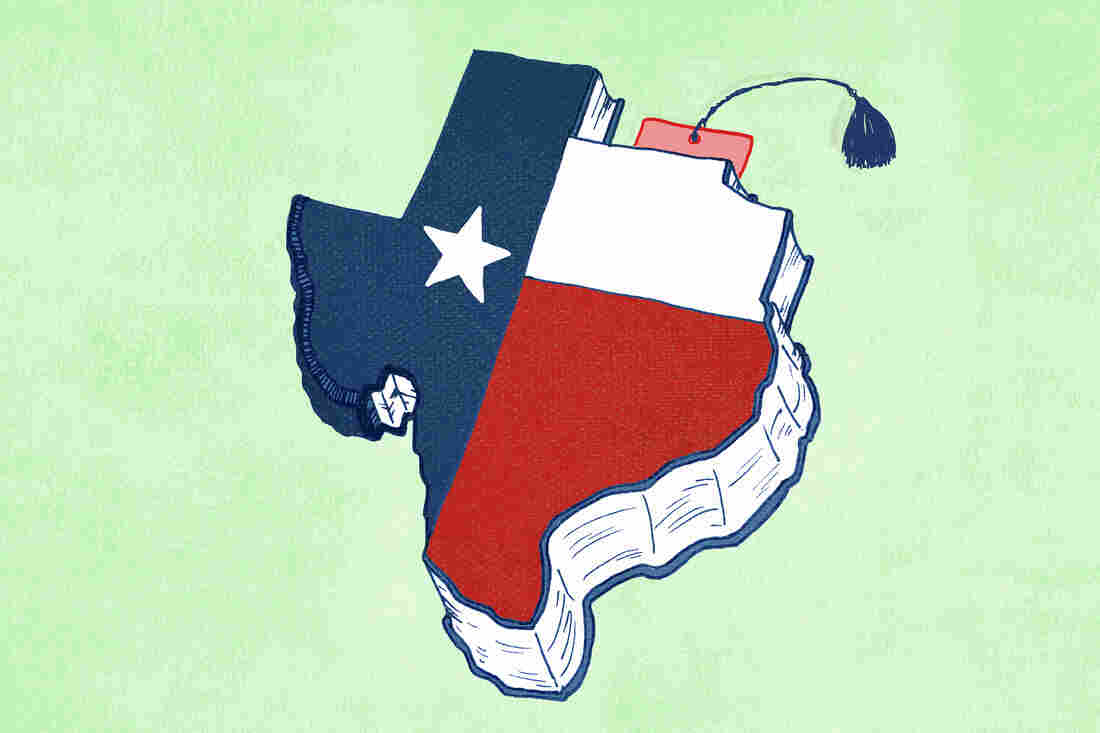 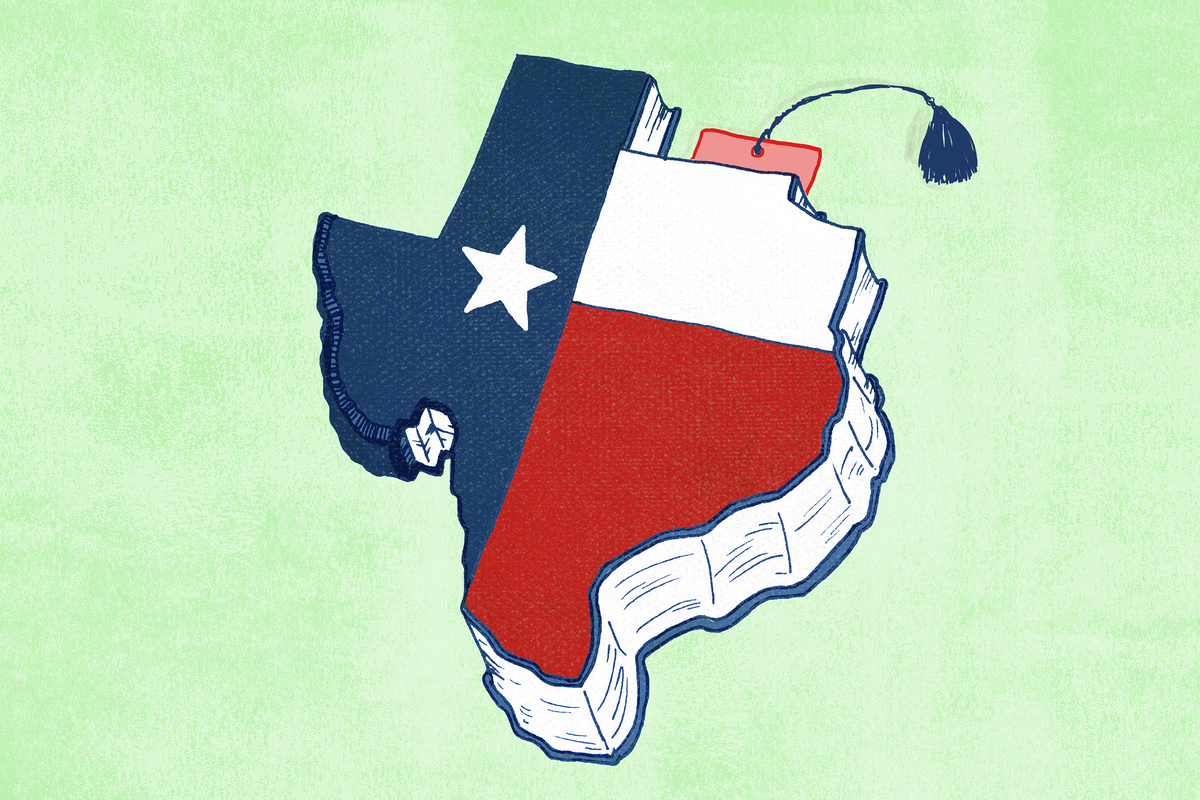 This summer there's been an intense debate surrounding the Confederate flag and the legacy of slavery in this country.

In Texas that debate revolves around new textbooks that 5 million students will use when the school year begins next month.

The question is, are students getting a full and accurate picture of the past?

Eleventh-grade U.S. history teacher Samantha Manchac is concerned about the new materials and is already drawing up her lesson plans for the coming year. She teaches at The High School for the Performing and Visual Arts, a public school in Houston.

The first lesson she says she'll give her kids is how textbooks can tell different versions of history. "We are going to utilize these textbooks to some extent, but I also want you to be critical of the textbooks and not take this as the be-all and end-all of American history," she imagines telling her new students.

She doesn't want to rely solely on the brand-new texts because she says the guidelines for the books downplay some issues — like slavery — and skirt others — like Jim Crow laws.

She says it's "definitely an attempt in many instances to whitewash our history, as opposed to exposing students to the reality of things and letting them make decisions for themselves."

You might be wondering how Texas got these books in the first place, so here's a quick history lesson:

In 2010 the Texas State Board of Education adopted new, more conservative learning standards.

Among the changes — how to teach the cause of the Civil War.

One side of the debate: Republican board member Patricia Hardy said, "States' rights were the real issues behind the Civil War. Slavery was an after issue."

On the other side: Lawrence Allen, a Democrat on the board: "Slavery and states' rights."

Ultimately the state voted to soften slavery's role, among other controversial decisions, and these standards became the outline for publishers to sell books to the Texas market — the second-largest in the country.

The final materials were approved last fall after the state board did some examination and said the books get the job done.

Brian Belardi from McGraw-Hill Education, the publisher of some of the new material, agrees. "The history of the Civil War is complex and our textbook accurately presents the causes and events," he said, adding that the Texas books will not be used for the company's clients in other states.

History professor Edward Countryman isn't so sure the materials do a good job.

"What bothered me is the huge disconnect between all that we've learned and what tends to go into the standard story as textbooks tell it," says Countryman, who teaches at Southern Methodist University near Dallas and reviewed some of the new books.

He thinks the books should include more about slavery and race throughout U.S. history.

"It's kind of like teaching physics and stopping at Newton without bringing in Einstein, and that sort of thing," he says.

"The history of the United States is full of the good, the bad and the ugly, and often at the same time," says Donna Bahorich, the current chairwoman of the Texas Board of Education.

While she admits the state standards didn't specifically mention important things like Jim Crow laws, she says she's confident students will still get the full picture of history if teachers, and the new books, fill in the blanks.