Accessibility links
The Toughest Job In Education? Maybe Not : NPR Ed The assistant principal has a lot on her plate. But that job is where future school leaders come from. Some districts are trying to make sure APs get the training they need.

The Toughest Job In Education? Maybe Not

The Toughest Job In Education? Maybe Not 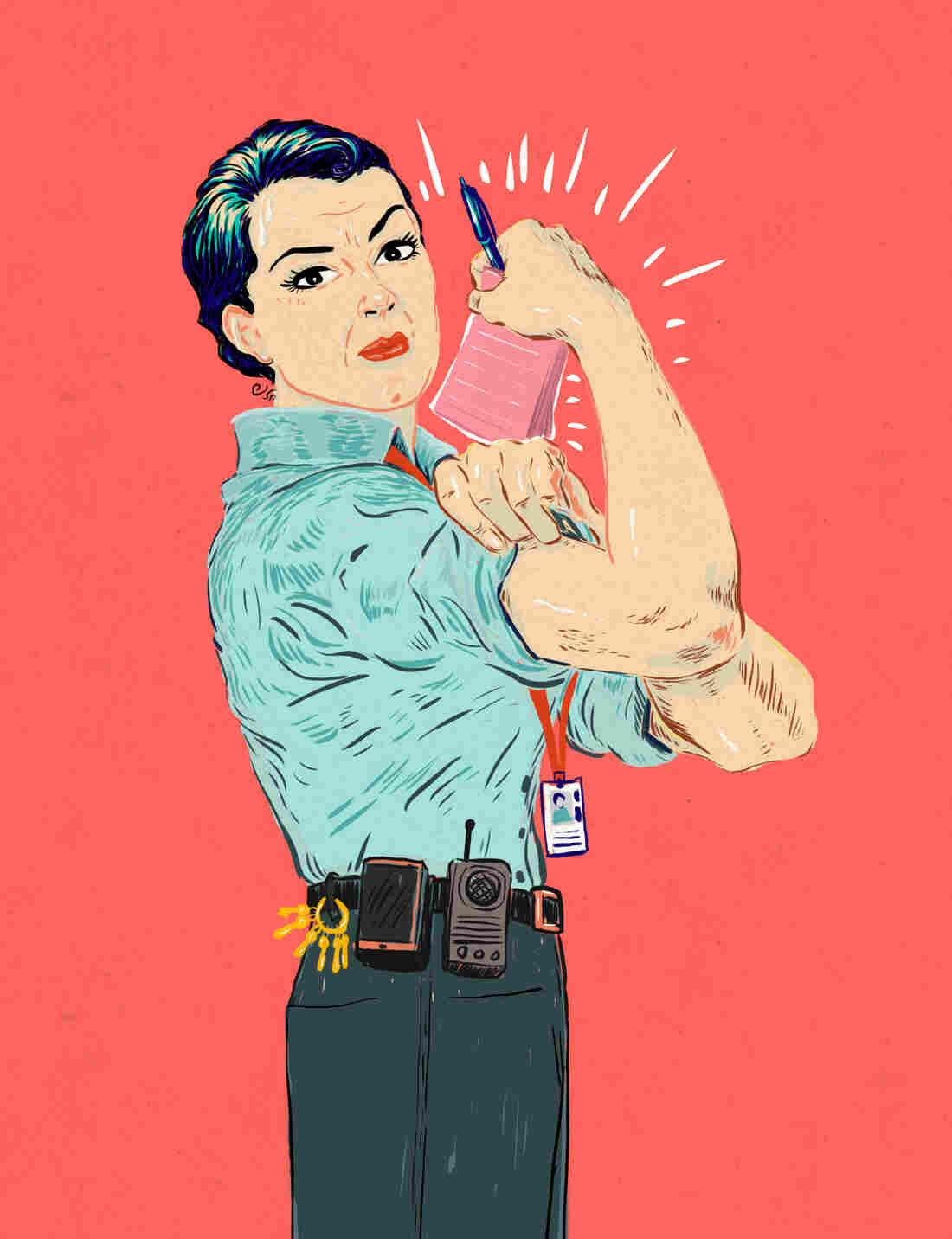 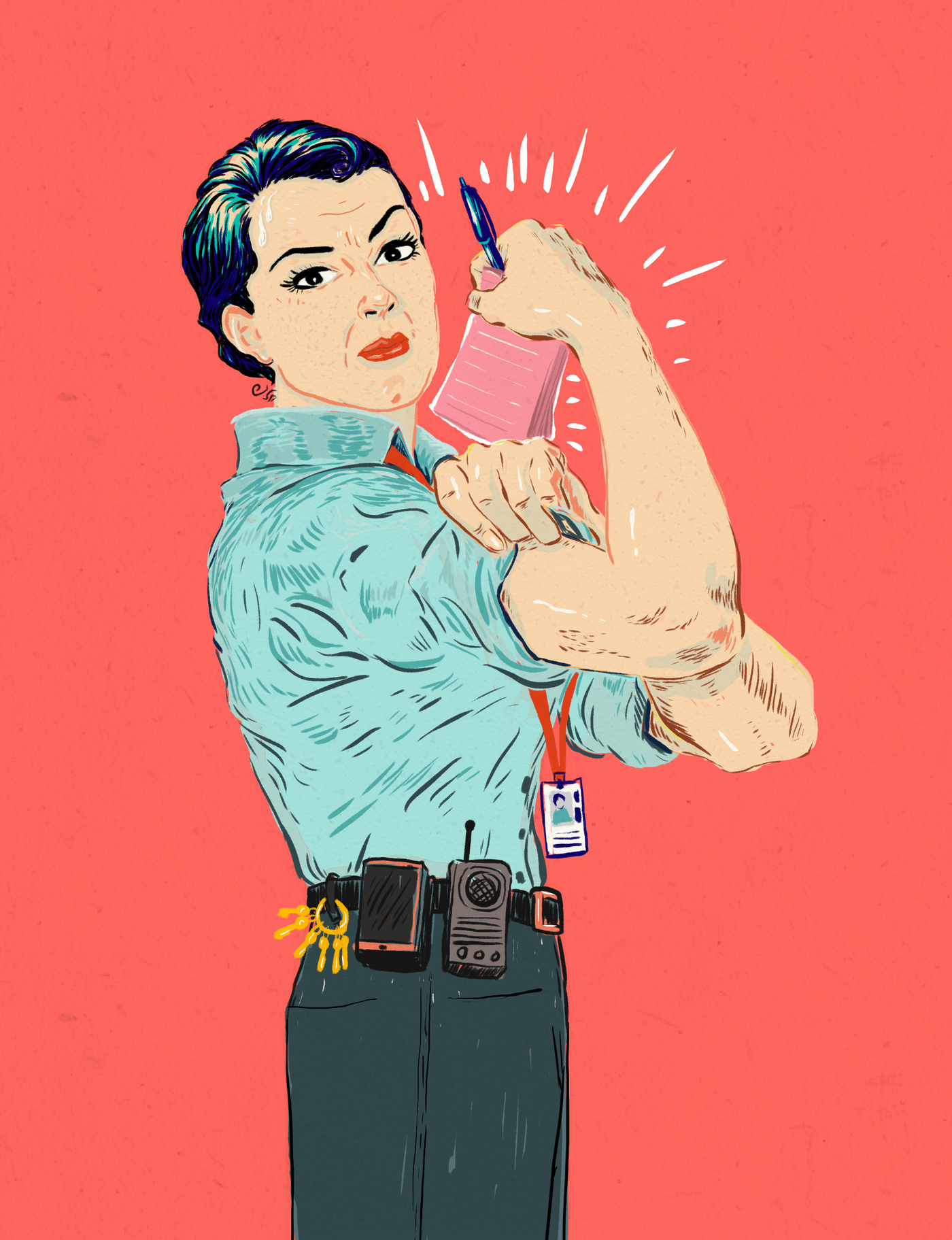 It's been a theory of mine that the assistant principal has the toughest job in education.

I got that idea a long time ago, when I was a student teacher at a middle school.

It seemed the assistant principal's job goes something like this:

She's on duty well before the school day starts with a walkie-talkie on her belt, making sure the buses arrive on time and that the drop-off lane is running smoothly. Then, once the bell rings, she sits in a tiny office, dealing mostly with discipline: playground scuffles, lunchroom infractions and the occasional serious problem, like a knife in the backpack. Bullying. Drugs. A mixture of traffic cop and county judge: calling the parents here, a three-day suspension there, letting others off with a stern warning.

At 3:30 p.m., it's back outside for the afternoon rush. Once the parking lot clears out, off to the JV soccer game, coordinating and keeping the peace. Then into the night with a meeting of the PTA or the regional basketball tournament.

That's my theory, anyway. But I may have it all wrong.

"I'd say that's the best job," says Doug Anthony. He's the associate superintendent for talent management with the Prince George's County, Md., schools, and a former assistant principal himself.

"There's beauty in the assistant principal's position that you don't have as principal."

Sure, he says, there's the daily grunt work of running any school. But good schools and good school leaders find ways of sharing and spreading that work. And focusing on what really matters.

"The assistant principal has an opportunity to learn and grow in context," Anthony explains. "And get a certain level of coverage and freedom from the principal."

As he pointed out, "When the superintendent needs to speak to someone, they usually don't call for the assistant principal."

These differing views are important, since research over and over again shows principals as a driving force in improving schools and creating the conditions for great teaching. And the place where most new principals come from, of course, is the assistant principal's office.

For some time Prince George's County — a district of more than 125,000 students in the Washington, D.C., suburbs — has been one of six districts involved in an effort to improve the training and preparation of principals. (The project is funded by the Wallace Foundation, which is also a supporter of NPR Ed.)

When it began, the project identified shortcomings in the ways that principals are prepared and set out to develop ways of improving it. The districts involved have developed new standards for school leaders and new approaches to moving talented people through the pipeline.

One of the findings was a need to rethink the assistant principal's job — to be less like the model I described and more like the one Doug Anthony envisions. To get assistant principals focused on teaching and learning and less on discipline and managing the school building.

To make the job a place where future leaders are born.

So how, I asked Anthony, do you keep the job on those bigger issues and keep from getting sidetracked with administration, discipline and bus schedules?

"There's always going to be an aspect of that," he says. "But the more you build a culture that's inclusive, and empower people and staff, the less time you have to spend on that work."

In many high schools, an assistant principal is assigned to a grade level or a department — to work with the teachers there in shaping the teaching and instructional focus.

Jerenze Campbell, the district's supervisor of school leadership programs, says that a key role for assistant principals is to be "involved in the leadership development of other teacher leaders."

That's key, he says, to keeping assistant principals from stagnating. You have to offer them challenges and room for growth. And the principal plays a big role in this, too, making sure the assistant principal isn't just someone you can dump the unpleasant stuff on.

"Everything that principals learn, we want to replicate that training for the assistant principal," says Pamela Shetley, director of the talent development office.

She notes that the district "holds our principals, and assistant principals, accountable to have a firm understanding of what our curriculum is, and what effective teaching is."

Of course, not all assistant principals are cut out to be principals. And for others, the time it takes to bump up can stretch into years.

Doug Anthony adds that not every assistant principal wants to be a principal. Some don't want the extra hassle — calls from the superintendent, angry parents, the news media.

"Some folks want to be in it for the long haul, others are more ambitious," he says.

Many, the numbers show, do want to move up. In the six districts in the Wallace project, 84 percent of principals got there by being assistant principals. And so, the things they learn as assistant principal today will inform their work as the leaders of schools tomorrow.

All of which leaves my question unanswered: So what is the toughest job in education? Let us know what you think, in the comments below, on our Facebook page, or on Twitter @npr_ed