Accessibility links
Measuring The Power Of A Prison Education : NPR Ed Inmates who took college-level courses while in prison saw a 16 percent drop in their risk of reincarceration. 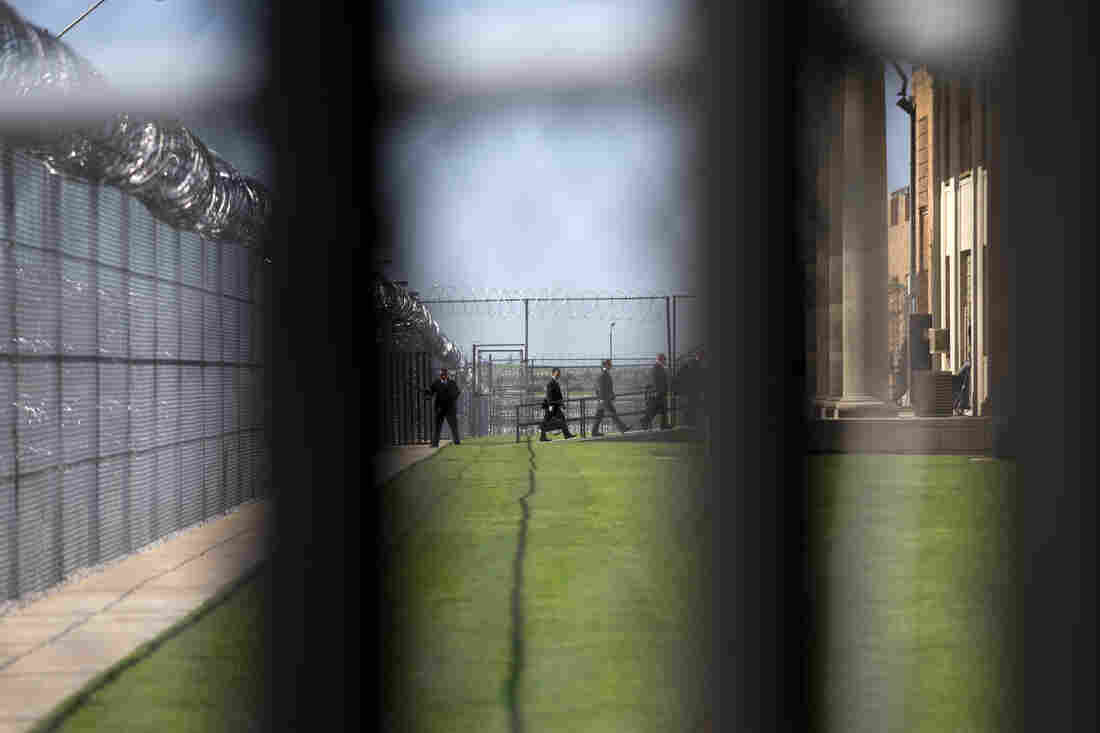 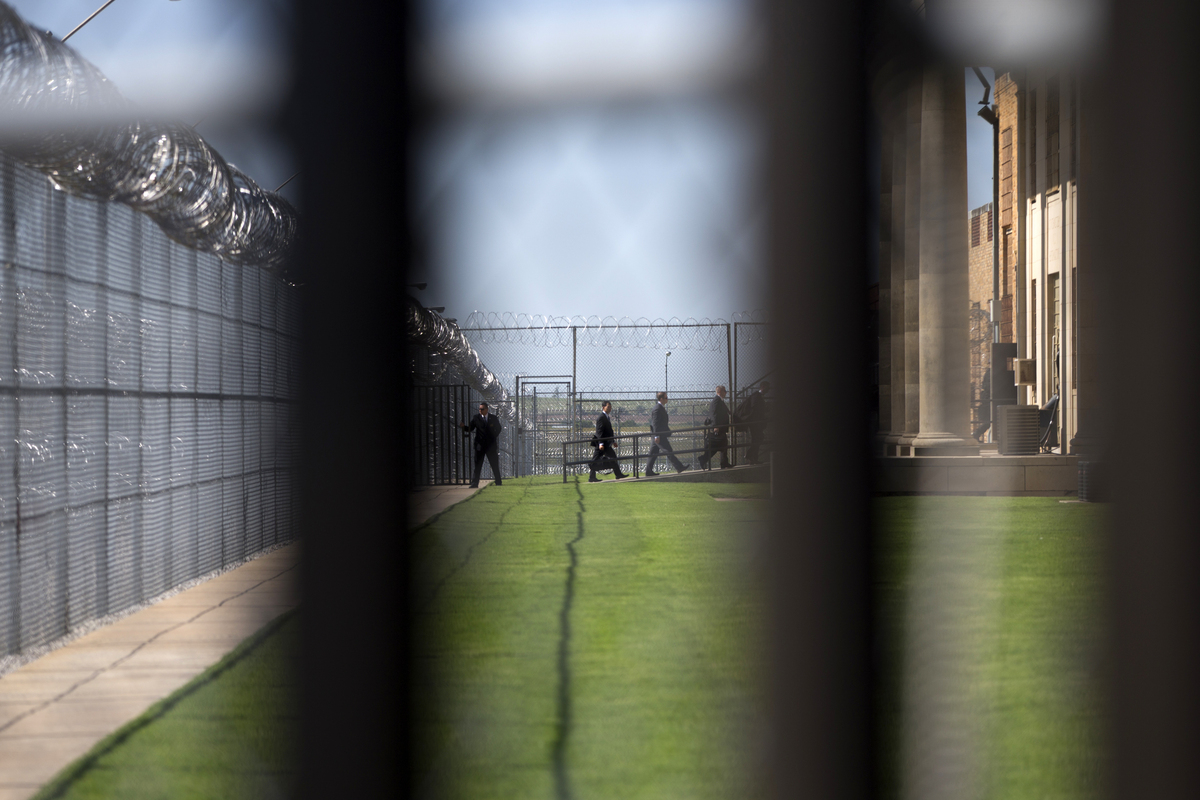 The Obama administration Friday is taking a small step toward expanding adult prisoners' access to federal Pell grants. The money would help pay for college-level classes behind bars.

Federal and state prisoners have been ineligible for the grants since Congress banned the practice two decades ago. But the Education and Justice Departments today will announce a limited pilot program that gets around the ban — at least on a temporary, experimental basis.

The goal is to test the effectiveness of higher education programs for a U.S. prison population that has grown dramatically — by nearly 50 percent since the initial ban. Today, America's state and federal prisons hold some 1.6 million people.

There's strong evidence that a range of prison education programs help reduce recidivism and improve a prisoner's chances of thriving once released. To help unpack the research, I reached out to Lois Davis. She studies the issue as a senior policy researcher at the RAND Corporation.

Is there any data on what impact the federal ban on Pell grant funding has had on recidivism and other outcomes after prisoners are released?

After that 1994 inmate exclusion, we saw a dramatic drop in the number of inmates participating in college programming. Today, we see — looking across the 50 states — about 32 states offer some type of college or post-secondary courses to adult inmates. Unfortunately, these programs are substantially underused because many inmates lack a means to pay for them. That's why the potential for Pell grants to improve access to college is great. It removes a key barrier: a lack of funding. Some states provide state funds for college programs or maybe by individual donations or foundations. But currently, for the most part, it's up to the inmate and their families to pay for these programs.

The Obama administration is set to restore Pell grant access on a limited, pilot basis. Is this move overdue in your view?

I do feel that it's overdue. This population is one with low education attainment. About 40 percent of [prisoners] lack a high school education. Sixteen percent of state prisoners have a high school diploma. Education can have a huge effect in really helping them to gain the skills they need and prepare them to be employed. So as we look at the larger picture of how we reduce mass incarceration and investments in correctional budgets, part of that discussion needs to be what programs have the potential to really help us reduce those high costs we are currently paying as a society.

Mandatory minimums and harsh sentences for drug offenses have helped fill U.S. prisons, including with many nonviolent drug offenders. Prison education programs — is this money well-spent?

When I go around and talk to different audiences about the work we're doing in this area I will invariably have someone from the audience come up to me after and say, "The reason why I'm here is because my son, or cousin or brother is incarcerated." And invariably it's for drug-related crimes. So it's not the typical picture people may have of these hardened, career criminals.

Mass incarceration has touched so many segments of society now and our drug policies have been an important factor in that. Just being able to ensure that they have the basic skills and education that will give them a shot at staying out of trouble when they get released is a big benefit to society.

Education as the centerpiece of an effective re-entry strategy?

That's exactly right. When we think about the school to prison pipeline story — about the failure of the educational attainment for many of these individuals — when they get to prison it is a chance to address those deficits.

You did a thorough literature review — a meta-analysis — of prison education programs in America. What did you find in terms of employment and the chance a released prisoner might return to prison?

We looked at 30 years of research, to look at what we know about the effectiveness of prison education for inmates. What we found was that, if an individual participates in any type of correctional education program — whether it be adult basic ed, GED preparation, college education or vocational training — they had a 13 percentage point reduction in their risk of being re-incarcerated. That's an enormous reduction in the risk. And for those that participated in post-secondary education programs — college programs — their reduction in risk of reincarceration was 16 percentage points. A substantial reduction.

Some taxpayers say, "Don't spend my tax money on educating criminals. It's better used helping law-abiding citizens." What did you find about the overall cost-effectiveness of these programs?

Education is a relatively low-cost program you can provide to inmates. But, when you look simply at direct costs, we find that for every dollar invested in a prison education program it will ultimately save taxpayers between $4 and $5 in reincarceration costs. That's an enormous savings.

Just to break even, you'd only have to reduce the risk of reincarceration by one to two percentage points. But, the fact that there is a 13-point reduction in risk means you really are achieving substantial cost savings. And this is a conservative estimate of savings because we are not taking into account the indirect costs both to crime victims and the criminal justice system.

But is anyone tracking the effectiveness of these programs nationally and across state lines?

There is a need to get a much stronger evidence base for these programs. We know they are cost-effective. But we don't know how much dosage matters.

If an inmate spends, say, five hours a week on education, is that sufficient? Is 10 hours? Are adult basic education programs more effective than vocational programs or college programming? To what degree can you rely on self-taught or computer programs to provide educational programs to inmates? Those are the types of questions that we'd like to understand — so that governors as well as correction education directors, prison administrators and others can make good decisions on how to allocate scarce resources.

There is a three-state demonstration project going on right now that holds a lot of promise of getting at those questions with respect to college programming. It's called Pathways From Prison To Postsecondary Education. We are evaluating that. It's a five-year study being conducted in New Jersey, North Carolina and Michigan. This national study has real promise to start answering the kind of questions policymakers need to know to make those trade-offs and how much to invest.