Accessibility links
The Plan To Give Pell Grants To Prisoners : NPR Ed The Obama administration unveiled a pilot program Friday morning that will once again give some prisoners access to Pell Grants, a form of federal student aid. 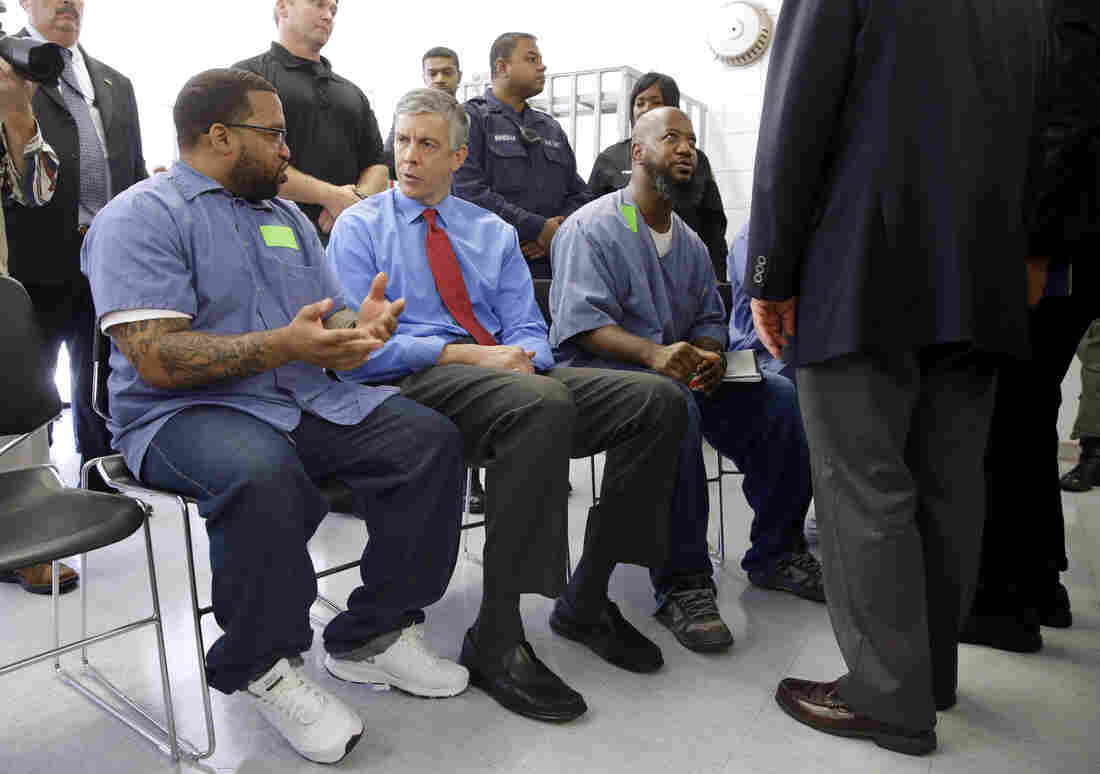 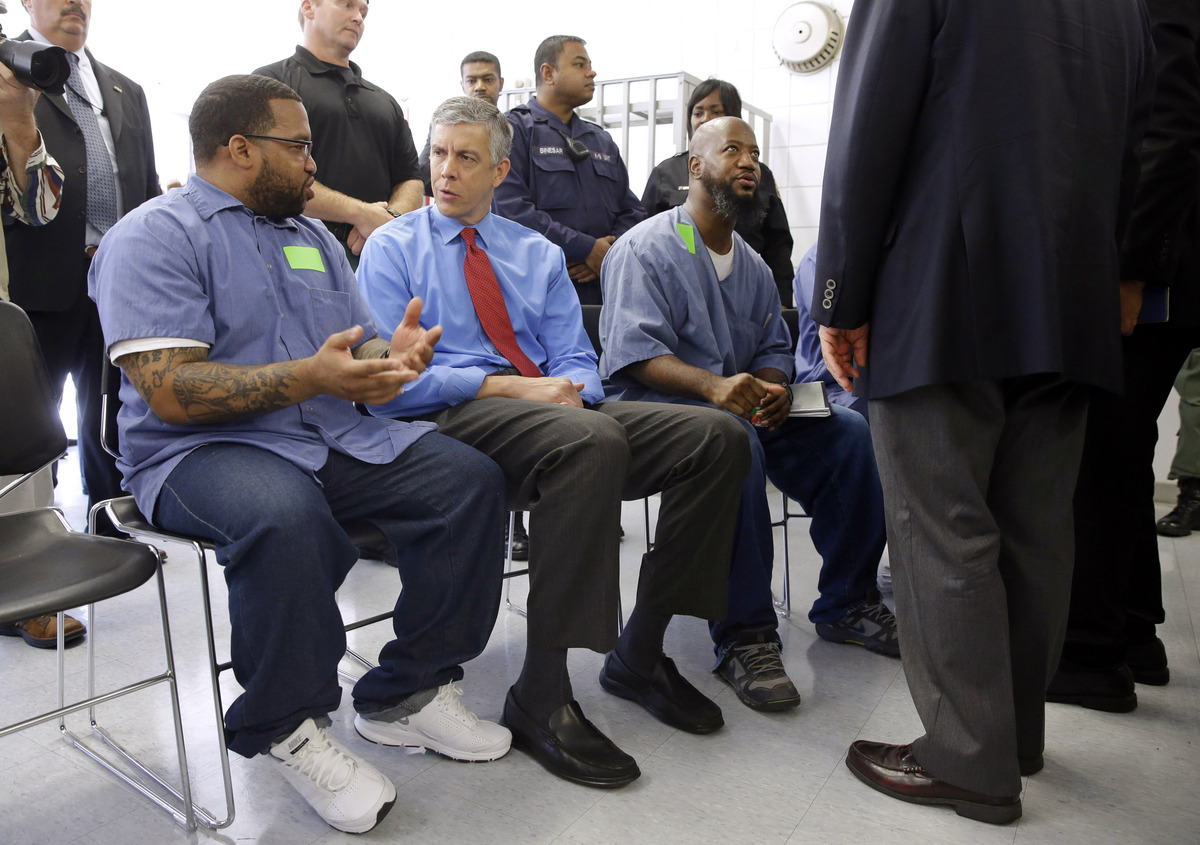 They visited a state-run facility in Jessup, Md., to announce a new plan meant to help some of the 700,000 inmates who are released each year.

It's a pilot program to give prisoners access to federal Pell Grants that would pay for college classes behind bars.

Here's a bit more math that Duncan uses to make his case: Of those 700,000 prisoners released each year, more than 40 percent will be back behind bars within three years.

Duncan's plan involves persuading colleges and universities to run classes inside prison and giving prisoners Pell Grants to help pay for it all. The pilot will last roughly five years and focus on prisoners due to be released in that time. Many other details have yet to be worked out, including what colleges and prisons will participate and how many prisoners will benefit.

"We think this is a small, small investment that will pay extraordinary dividends," Duncan said. "Not just financially. But in terms of making our streets and our community safer."

Because this is — officially — an experiment, the express purpose is to gather data. But there's already some pretty strong data.

"We are at the point where the debate no longer should be about whether or not prison education is effective. Clearly, we have more than demonstrated that," says Lois Davis, lead author of an influential Rand Corp. study. "We estimate that for every dollar invested in prison education programs, this saves taxpayers on average $5."

Davis found that, when an inmate takes college classes, he's 16 percent less likely to return to prison. In her words — "a very dramatic reduction."

But not everyone's convinced.

"It's an affront to taxpayers and parents," says U.S. Rep. Chris Collins.

Earlier this week, the New York Republican introduced a bill in the House that would block Duncan's plan. Collins isn't necessarily arguing with the data. He just doesn't think taxpayers should have to pay for it.

"There is a limited pot of money, which means that the Pell Grant is not going to a middle-class family struggling to pay tuition," Collins says.

Though, technically, anyone who meets the grant criteria and applies will get help, Collins insists "it's still monies that the taxpayers are providing. Monies that could be better spent in other areas."

Two decades ago, Congress voted to cut off access to Pell Grants for state and federal prisoners. Which is why Secretary Duncan's plan — allowed by a separate law — is just a small-scale experiment for research purposes.

As for his hopes that Congress will rollback the ban entirely?

"Congress, you know, doesn't do much these days, unfortunately," Duncan said. "We can't wait on Congress."

Meanwhile, Collins' bill to stop the new program has gone to committee, where it's hard to know what — if anything — will come of it.