Accessibility links
Back To School? Back To The Piggy Bank : NPR Ed So your kid is off to college. You've spent months navigating the financial aid process and meticulously budgeted for all sorts of out-of-pocket expenses — or so you thought. 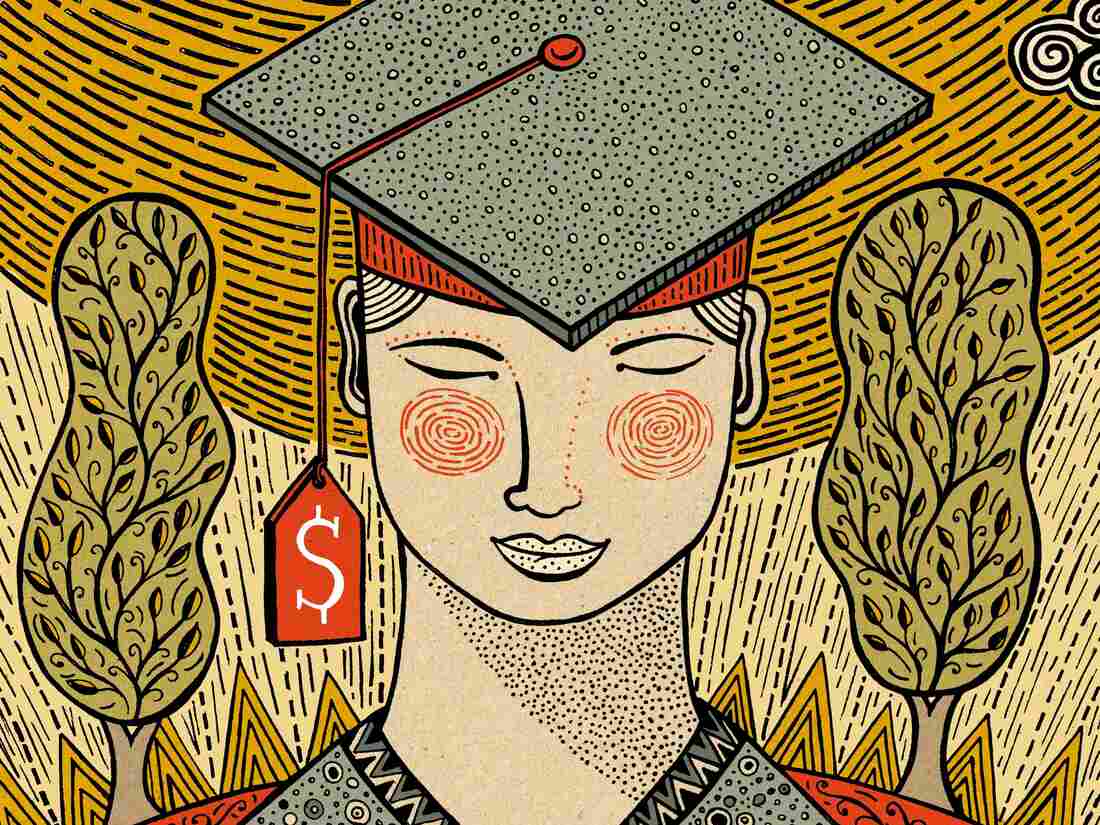 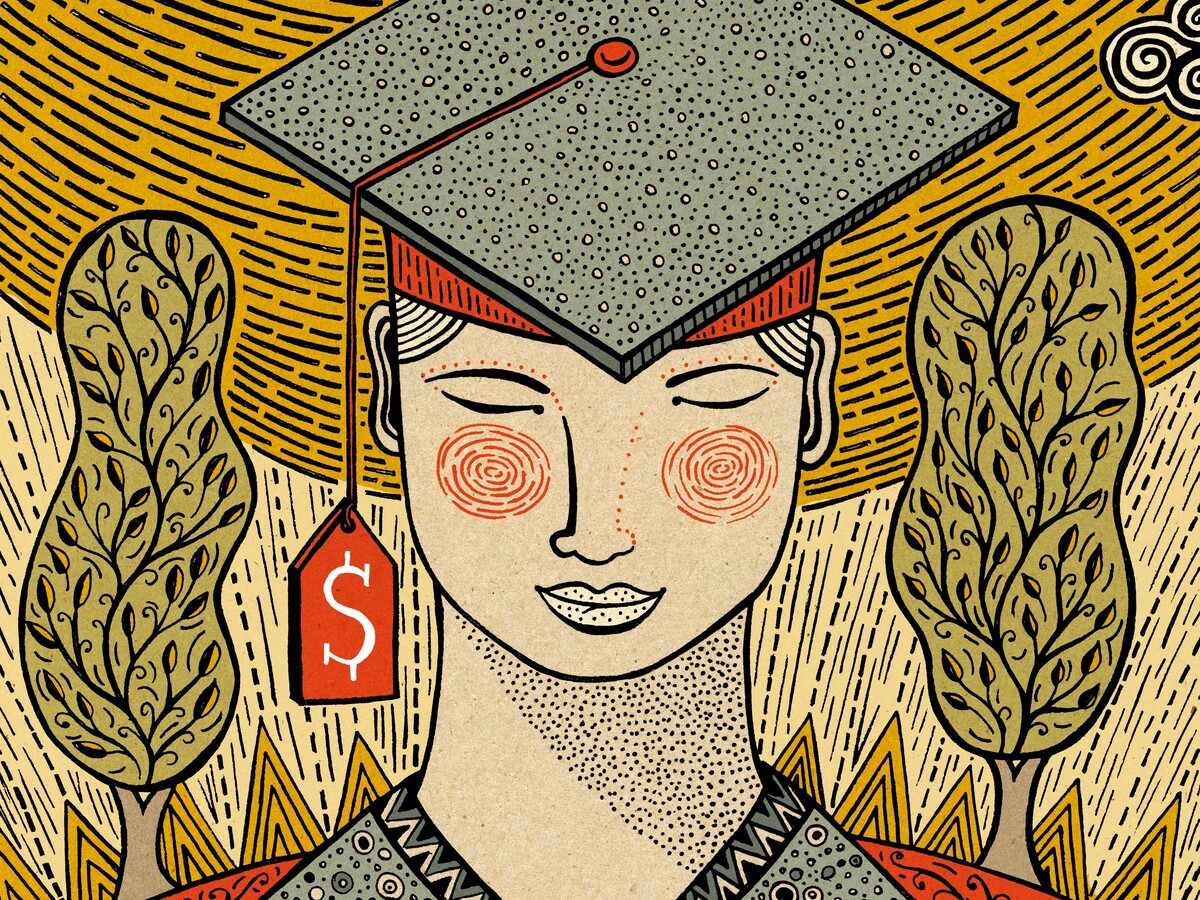 So if you add up all the college costs that students and parents probably didn't plan for — the stuff that isn't tuition and room and board — how big is that number? The National Retail Federation estimates that, this year, it will total $43 billion. That's a hard number to grasp, so let's break it down to one family — mine.

With our daughter now beginning her fourth and hopefully final year in college, here's one thing I've learned: No matter how much you plan to spend, it won't cover everything. Not even close.

And just to make sure I'm not way off, I checked in with Jim Chilton, a family financial adviser who helps parents plan for these costs.

The obvious one, that's often jaw-dropping: textbooks. Depending on your child's major, they can be super expensive.

Chilton is the founder of a nonprofit called the Society for Financial Awareness, which promotes financial education. But the real source of his expertise? "I lived it."

He put five kids through college. So Chilton feels my pain.

"These costs show up like a bad relative," he says. "In your mind, you set aside money per semester and lock that number in. You scrape and borrow and do whatever you have to, if you're middle income like most people. I can remember many times telling my kids 'no.' Then, after that, 'hell no.' "

Still, how do you say no to something your child can't live without? Like a laptop. According to the National Retail Federation's annual back-to-school report, 60 percent of college students will buy a new laptop or tablet this fall.

Our daughter, Bianca, of course insisted that her perfectly good laptop from high school was too old and too slow. The one we bought her for her freshman year set us back about $800. Then there was her smartphone, which might as well be another appendage. Count on an initial cost of $200 plus an $80 monthly fee. Even the cheapest plans these days cost about $1,000 a year.

Next, housing. Living on campus versus off is a big decision. Not having your child live in a dorm could save you up to $20,000 over the four years. On the other hand, your daughter could end up sharing a dumpy apartment or group home with a bunch of people who skip out on the rent or utilities. You get the picture.

Dorm stuff is something your daughter will probably negotiate with her roommates. Like pitching in for a mini-fridge or mini-vacuum. But furniture? I mean, how many bean bags, tables or chairs can two or three people possibly fit in a 12-by-19-foot room (the average size these days)?

Then there's the bedding, lamps, towels, wastepaper baskets and maybe a microwave or juice blender, which are supposed to last four years but don't.

Kathy Allen, a spokeswoman for the National Retail Federation, says more than half of the $43 billion students and parents will spend on non-academic items this fall will go toward room furnishings.

"And that is actually the highest amount we've seen in the survey's 13-year history," says Allen.

Another big item on the NRF survey: food. Your options? A meal plan versus the grocery store around the corner. Don't forget fast food and late-night snacks. And if your child is anywhere near a Starbucks, we're talking about $120 a month for venti skim lattes and caramel macchiatos.

And alcohol. Yes, your child will drink. And, yes, that money you put into your kid's debit card every other week is paying for it.

On a typical Friday or Saturday night, figure somewhere between $10 and $50. That may not seem like a lot of money, but here's something the U.S. Department of Health and Human Services wants you to think about: College students spend a whopping $5.5 billion on alcohol every school year.

Naturally you're going to want to see your child on Thanksgiving and certainly the winter holiday break. If it's too far to drive, round-trip airfare could run you between $500 and $1,000. That's if you book a flight way ahead of time.

The cheap alternative, or what I call "the next best thing to being there": Skype. As for clothing, at this point I have two words: thrift store.

Finally, health insurance. It's the last thing college students think about — "Me? Sick?" — not realizing that dorms are breeding grounds for all sorts of diseases.

If your child is covered by your health insurance, great. Otherwise, expect to pay about $1,100 per semester, depending on the school's health plan.

So, is that everything? Probably not.

Our total bill? Way, way more than we planned for.

Is it worth it?

Call me in a year or two when my daughter is out in the real world. Right now, I'm still a few hundred dollars short, and school is just days away.