Accessibility links
Letters To The Teacher Celebrate A 40-Year Career : NPR Ed Molly Pollak was a middle and high school teacher. When she retired this year, former students gave her a book filled with their letters. It reads like a textbook for great teaching. 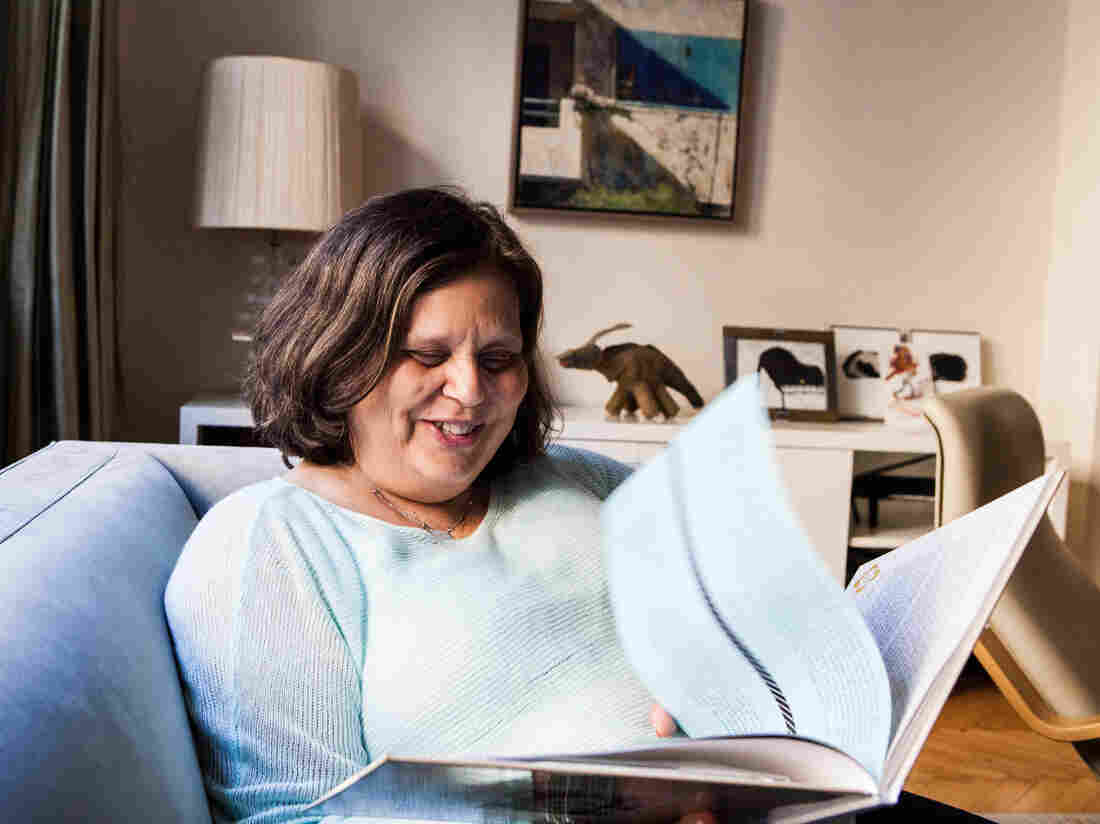 Molly Pollak pages through a book of letters from her former students. Alex Welsh for NPR hide caption 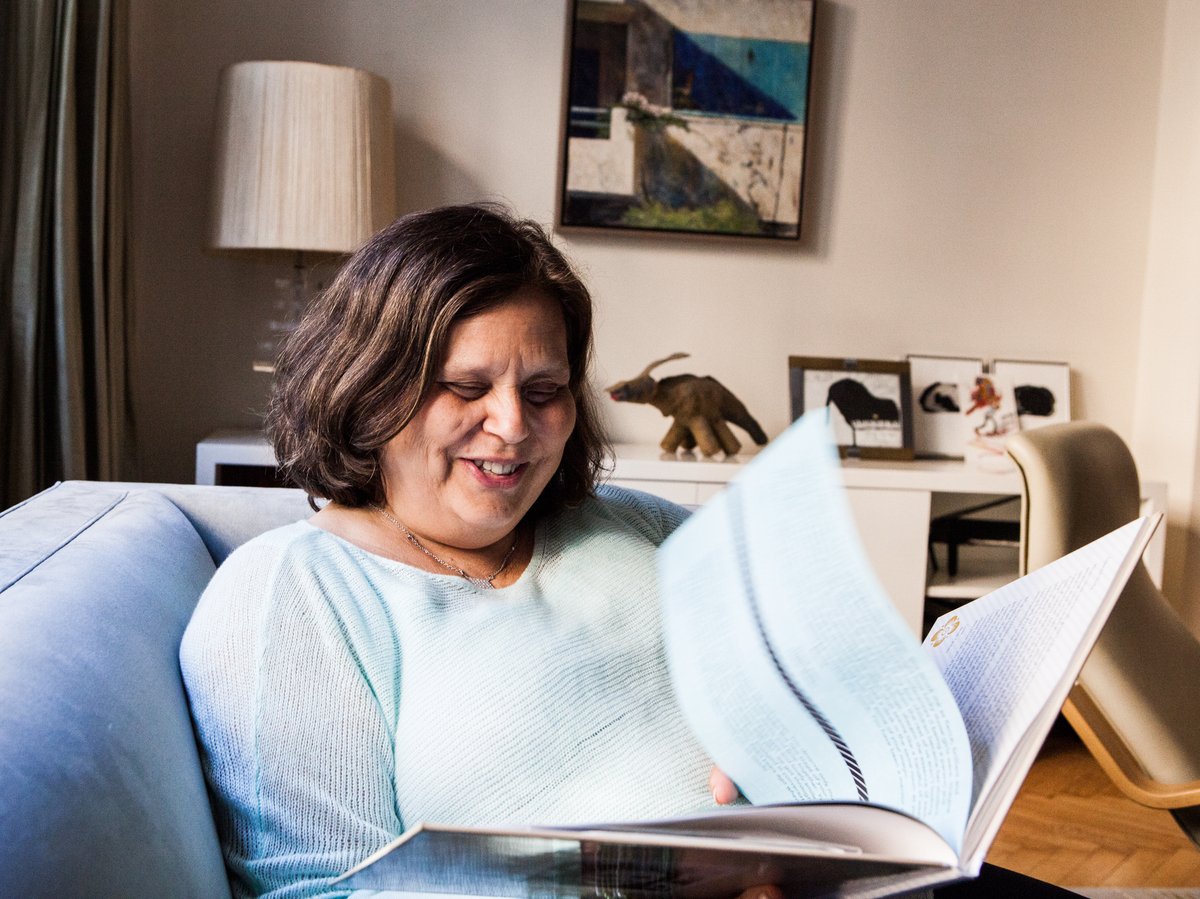 Molly Pollak pages through a book of letters from her former students.

In Molly Pollak's second-floor Manhattan apartment, the spare bedroom is filled with decades of classroom memories.

Even more shelves are stuffed with old lesson plans.

"I really need to throw them away," she admits.

But after 40 years teaching English to middle and high school students, there's one book Pollak will never throw away. It's a big book with a striking orange cover, sitting proudly on a table in the living room.

She received this book a few months ago. It was the end of the school year and the students were taking off for the summer.

But Pollak was taking off for, well, forever — a bittersweet moment in the life of any teacher.

As news of her retirement spread, Ora Bayewitz-Meier, one of Pollak's former students, reached out to other former students and invited them to write in. They did. Eagerly.

She received 75 letters. These weren't just a paragraph or two — many are pages long.

"I don't think it is an exaggeration to say that you changed my life," wrote Rebecca Rosenthal, who took Pollak's English class in the 1990s. 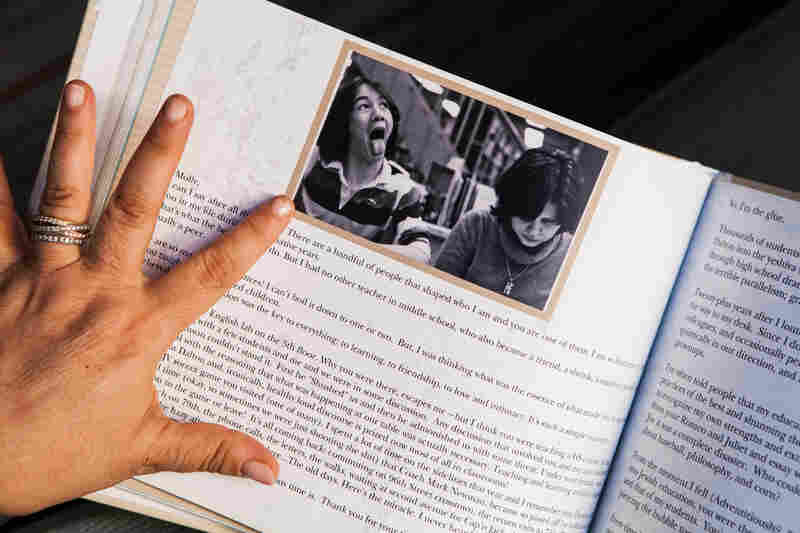 Pollak pages through the book of letters from her former students. Alex Welsh for NPR hide caption 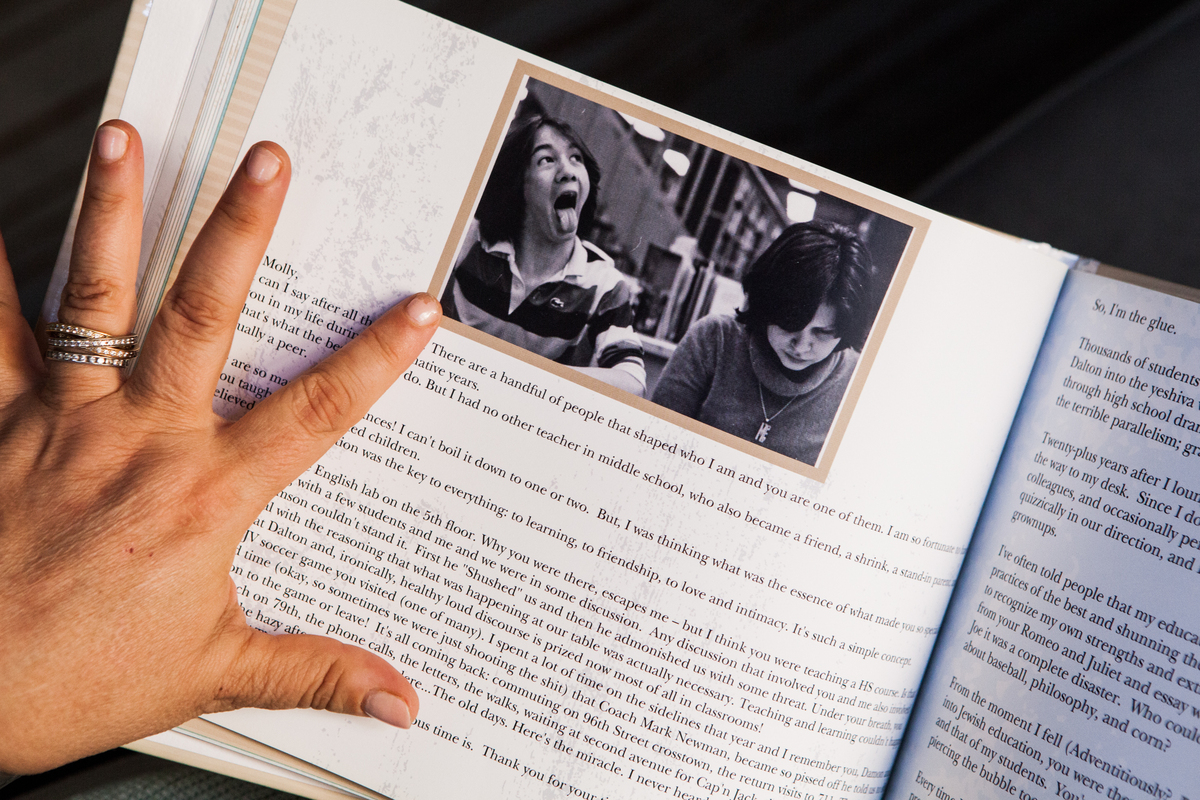 Pollak pages through the book of letters from her former students.

"There are a handful of people that shaped who I am and you are one of them," writes Chris Ryan, one of her students in the '80s. "I had no other teacher in middle school who also became a friend, a shrink, a stand-in parent, and eventually a peer."

Others letters tell of a trying moment in middle school, or an academic breakthrough.

Pollak leafs through the pages. "It's beautiful," she whispers.

There's something else going on here, too.

When Pollak and her husband, Phillip Gassel, first sat down to read this book, they noticed something: The comments from Pollak's first year of teaching back in 1974, and the ones from 40 years later, are very similar.

It didn't matter whether she was teaching at Joan of Arc Junior High, Ma'ayanot Yeshiva for Girls, or the elite Dalton School. They saw the same themes over and over.

So Pollak did what English teachers do: She looked across those themes and found a thesis statement.

"And the thesis statement is not what you think it is," she says.

Instead, it's essentially this: "Molly treated us like adults when no one else did. She challenged us to rise to the occasion."

That's from the letter Jackson Krule wrote. He had Ms. Pollak for English in 10th, 11th and 12th grade at SAR High School in the Bronx.

So here's what the letters can teach us:

At the beginning of each school year, Pollak told the students she had only one rule: "I'll tell you the truth, you tell me the truth. The rest is commentary."

Students learned to be candid about everything — even the mundane.

Pollak remembers one day a few years ago, a kid was late to class and an older student was standing nearby. It was a typical high school scene, but what followed wasn't typical.

The honest answer: He was in the library and didn't feel like coming to class.

Pollak says only by talking about something real can you actually get somewhere. She argues that it's liberating for the students, and the teacher. 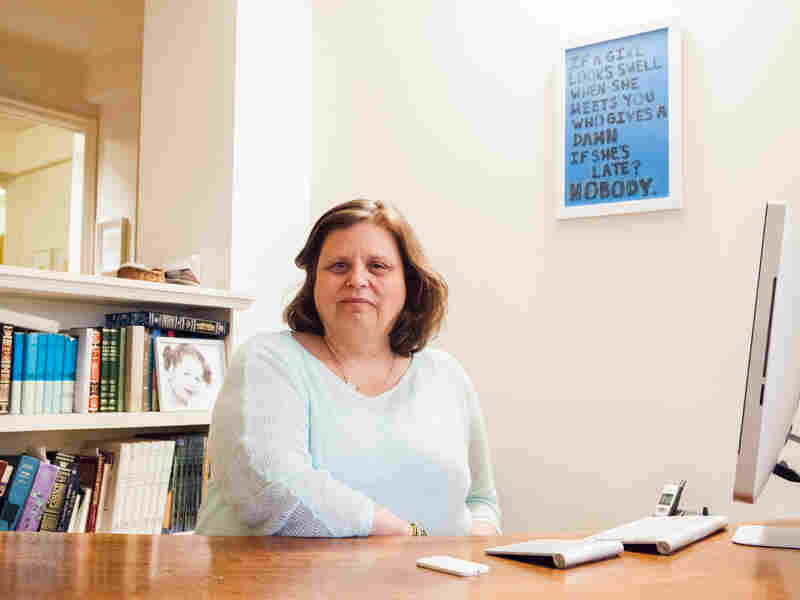 Pollak at her home in Manhattan. Alex Welsh for NPR hide caption 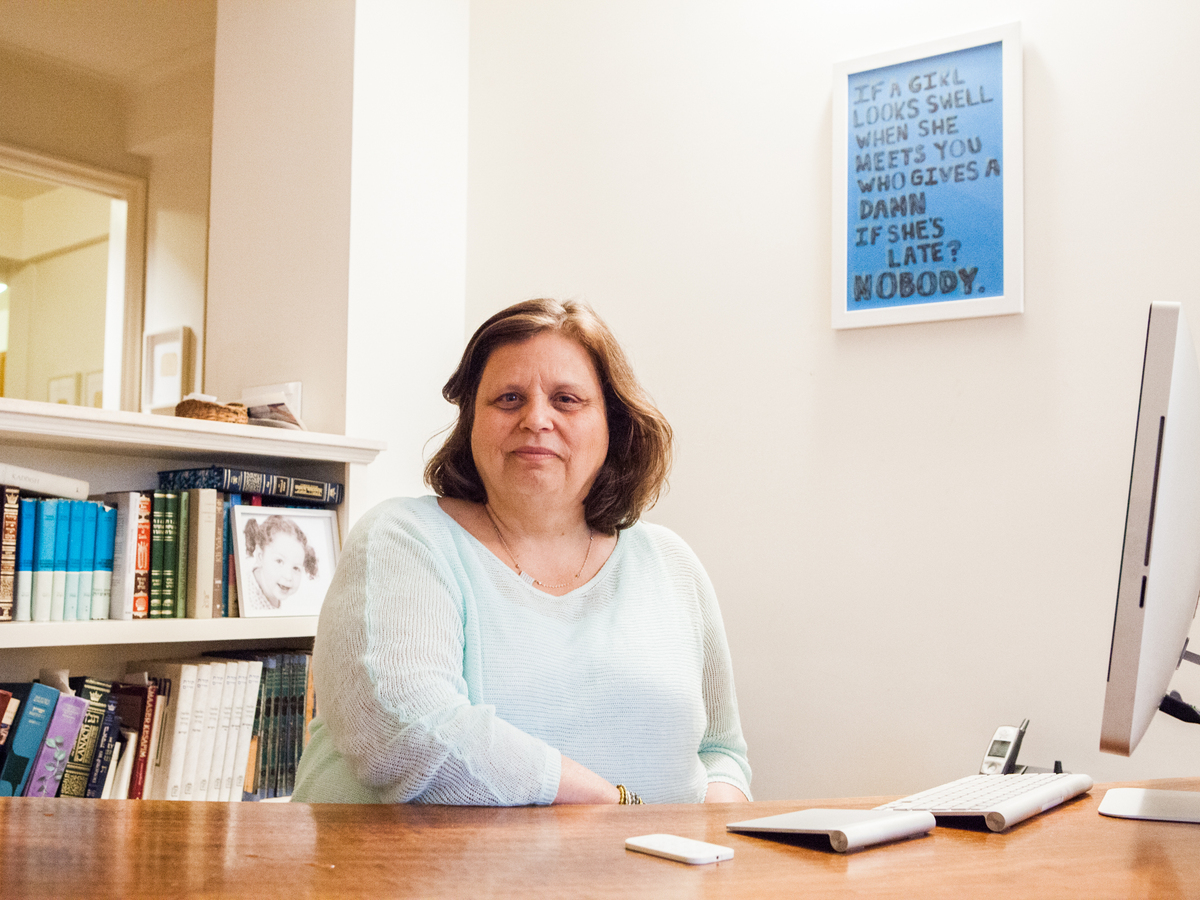 Pollak at her home in Manhattan.

"If you really respect someone, then you expect the best from them," Pollak says.

In an exaggerated voice, Pollak mimics teachers who coddle their students: "You're the best!" "Oh, you'll be great, honey." "Everything you do is marvelous!"

No. It's about demanding hard work. Then, the student respects the subject, and that helps the teacher respect the students: "Their ideas matter."

Pollak knows that students have complex lives, and that teachers have to care. She learned this lesson 40 years ago.

"In those days you had to leave school if you got pregnant." And her first classroom was at a school for those pregnant girls, in Bedford-Stuyvesant.

Pollak quickly realized these weren't just students, they were people learning their way in the world.

Some she took to the bookstore to buy their first book. For others, she stayed late to talk through hard relationship and difficult home lives.

Across the decades, there's one thing Pollak wanted her students to know: "This is an adult in my world who cares about how I feel. Not only how I think, but how I feel."

Pollak says every teacher is capable of this — every teacher can inspire their students. And they, too, can earn a book like the one she has on her coffee table.