Accessibility links
Who Are The 'Gifted And Talented' And What Do They Need? : NPR Ed The controversies over gifted education start with identifying who qualifies for that title.

Who Are The 'Gifted And Talented' And What Do They Need?

Who Are The 'Gifted And Talented' And What Do They Need? 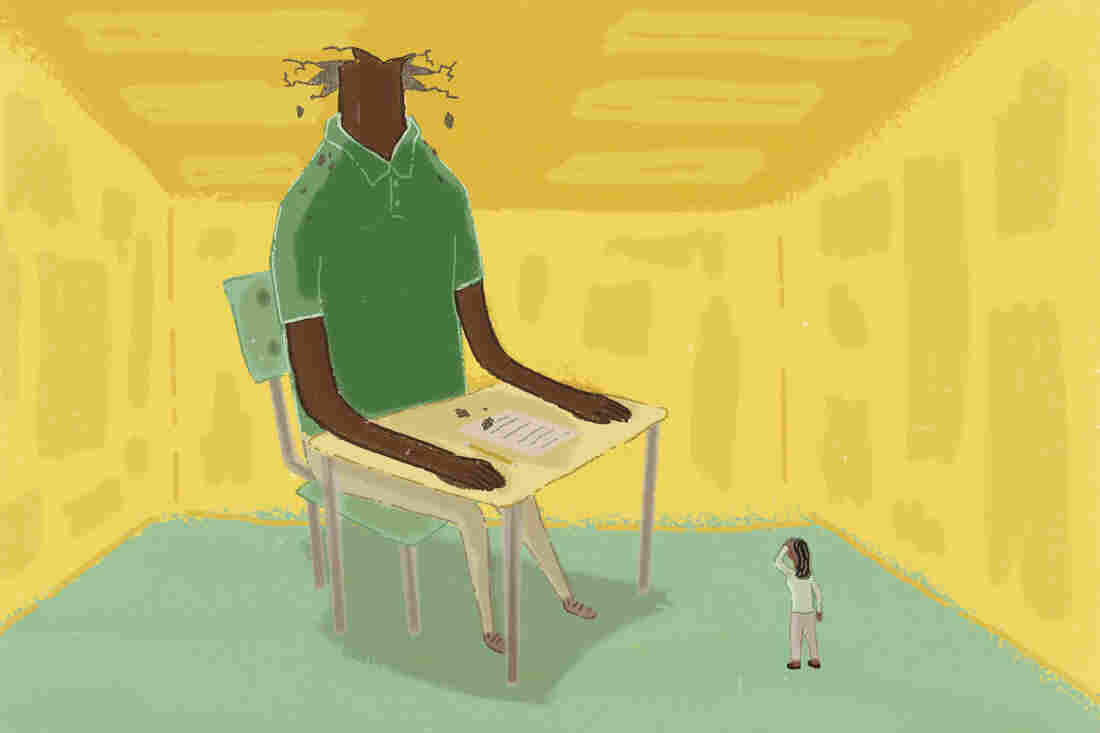 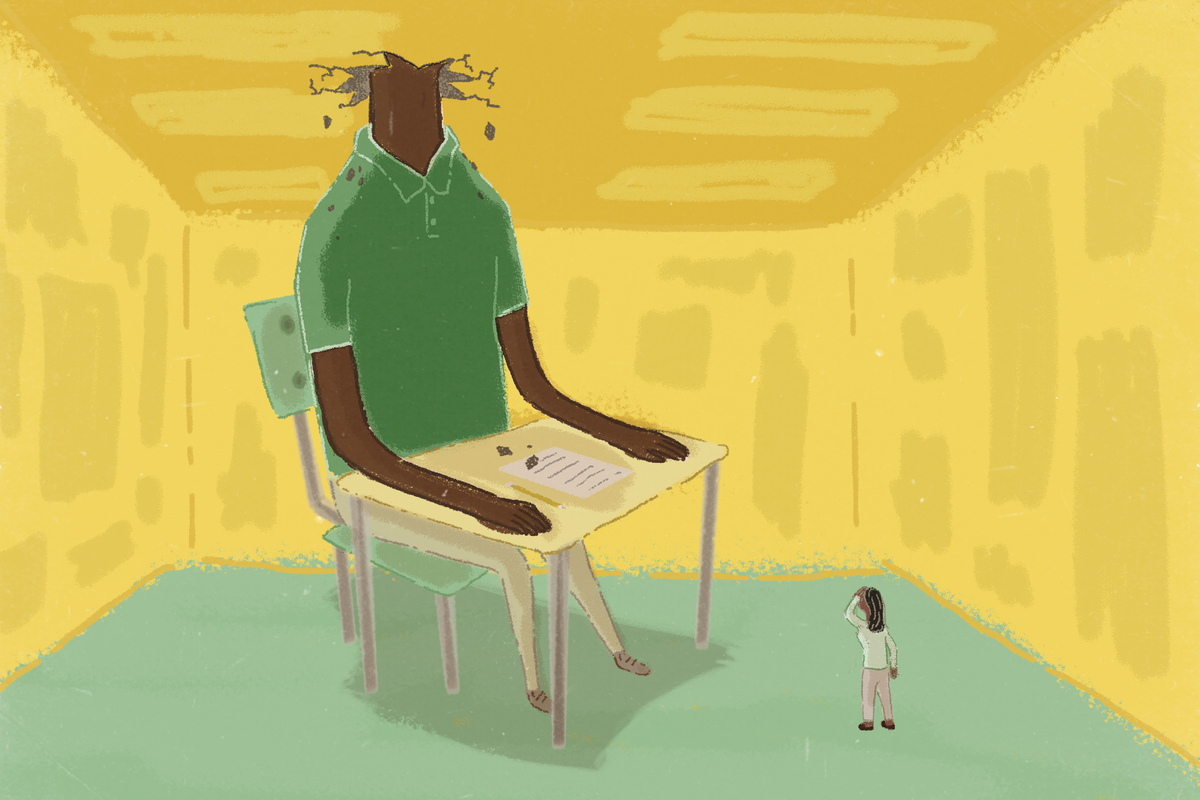 At 7 months or so, she showed an interest in categorizing objects: She'd take a drawing of an elephant in a picture book, say, and match it to a stuffed elephant and a realistic plastic elephant.

At 5 or 6 years old, when snorkeling with her family in Hawaii, she identified a passing fish correctly as a Heller's barracuda, then added, "Where are the rest? They usually travel in schools."

With a child so bright, some parents might assume that she'd do great in any school setting, and pretty much leave it at that. But Turiello was convinced she needed a special environment, in part because of his own experience. He scored very high on IQ tests as a child, but almost dropped out of high school. He says he was bored, unmotivated, socially isolated.

How The U.S. Is Neglecting Its Smartest Kids

"I took a swing at the teacher in second grade because she was making fun of my vocabulary," he recalls. "I would get bad grades because I never did my homework. I could have ended up a really well-read homeless person."

Turiello, now an attorney, and his wife, Margaret Caruso, have two children who attend a private school in Sunnyvale, Calif., exclusively for the gifted. It's called Helios, and it uses project-based learning, groups children by ability not age, and creates an individualized learning plan for each student. For Turiello, the biggest benefits to Grace, now 11, and son Marcello, 7, are social and emotional. "They don't have to pretend to be something they're not," says Turiello. "If they can be among peers and be themselves, that can really change their lives."

Estimates vary, but many say there are around 3 million students in K-12 classrooms nationwide who could be considered academically gifted and talented. The education they get is the subject of a national debate about what our public schools owe to each child in the post-No Child Left Behind era.

When it comes to gifted children, there are three big questions: How to define them, how to identify them and how best to serve them.

1. How do you define giftedness?

One of the most popular definitions, dating to the early 1990s, is "asynchronous development." That means, roughly, a student whose mental capacities develop ahead of chronological age. This concept matches the most popular tests of giftedness: IQ tests. Scores are indexed to age, with 100 as the average; a 6 year old who gives answers characteristic of a 12 year old would have an IQ of 200.

But there are problems with this framework. No 6-year-old is truly mentally identical to a 12-year-old. He or she may be brilliant at mathematics but lack background knowledge or impulse control.

In addition, IQ tests become less useful as children get older because there is less "headroom" on the test, especially for those who are already high scorers. "It's like measuring a 6-foot person with a 5-foot ruler," says Linda Silverman, an educational psychologist and founder of the Institute for the Study of Advanced Development.

"There's research that these other things like motivation and grit can take you to the same exact academic outcomes as someone with a higher IQ but without those things," says Scott Barry Kaufman, a psychologist who studies intelligence and creativity at the University of Pennsylvania and the author of the book Ungifted. "That's a really important finding that is just totally ignored. Our country has a narrow view of what counts as merit."

Of course, as the definitions get broader, the measurements get more subjective and thus, perhaps, less useful. Some centers for gifted children put out checklists of "giftedness" so broad that any proud parent would be hard-pressed not to recognize her child. Things like: "Has a vivid imagination." "Good sense of humor." "Highly sensitive."

1(a). How many students should be designated gifted?

It can be useful for education policy purposes to think about giftedness as it relates to the rest of the special education spectrum. Silverman argues that just as children with IQ scores two full standard deviations below the norm need special classrooms and extra resources, those who score two standard deviations above the norm need the same. By her lights, the population we should be focusing on is the top 2.5 percent to 3 percent of achievers, not the top 5 to 10 percent.

Scott Peters disagrees. He's a professor of education at the University of Wisconsin-Whitewater who prepares teachers for gifted certifications. He says the question that every teacher and every school should be asking is, "How will we serve the students who already know what I'm covering today?"

In a school where most children are in remediation, he argues, a child who is simply performing on grade level may need special attention.

2. How do you identify gifted students?

The most common answer nationwide is: First, by teacher and/or parent nomination. After that come tests.

Minority and free-reduced lunch students are extremely underrepresented in gifted programs nationwide. The problem starts with that first step. Less-educated or non-English-speaking parents may not be aware of gifted program opportunities. Pre-service teachers, says Peters, typically get one day of training on gifted students, which may not prepare them to recognize giftedness in its many forms.

Research shows that screening every child, rather than relying on nominations, produces far more equitable outcomes.

Tests have their problems, too, says Kaufman. IQ and other standardized tests produce results that can be skewed by background cultural knowledge, language learner status and racial and social privilege. Even nonverbal tasks like puzzles are influenced by class and cultural background.

Using a single test-score cutoff as the criteria is common but not considered best practice.

In addition, the majority of districts in the U.S. test children for these programs before the third grade. Experts worry that identifying children only at the outset of school can be a problem, because abilities change over time, and the practice favors students who have an enriched environment at home.

Experts prefer the use of multiple criteria and multiple opportunities. Portfolios or auditions, interviews or narrative profiles may be part of the process.

3. How do you best serve gifted students?

This is the biggest controversy in gifted education. Peters says many districts focus their resources on identifying gifted or advanced learners, while offering little or nothing to serve them.

"There are cases where parents spend years advocating for students, kids get multiple rounds of testing, and at the end of the day they're provided with a little bit of differentiation or an hour of resource-room time in the course of a week," he says. "That's not sufficient for a fourth-grader, say, who needs to take geometry."

While this emphasis on diagnosis over treatment might seem paradoxical, it's compliant with the law:

In most states the law governs the identification of gifted students. But only 27 percent of districts surveyed in 2013 report a state law about how to group these students, whether in a self-contained program, or pulled out into a resource room for a single subject or offered differentiation within a classroom. And almost no states have laws mandating anything about the curriculum for gifted students.

In addition to a need to move faster and delve deeper, students whose intellectual abilities or interests don't match those of their peers often have special social and emotional needs.

"I believe that every single day in school a gifted child has the right to learn something new — not to help the teacher," Silverman says. "And to be protected from bullying, teasing and abuse."

Helping gifted students may or may not take many more resources. But it does require a shift in mindset to the idea that "every child deserves to be challenged," as Ron Turiello says.

That's why, paradoxically, many of the gifted education experts I interviewed didn't like the label "gifted." "In a perfect world, every student would have an IEP," says Kaufman.

As it happens, federal education policy is currently being reconfigured around some version of that idea.

"The whole NCLB era, and really back to the first Elementary and Secondary Education Act in the 1960s, was about getting kids to grade level, to minimal proficiency," says Peters. "There seems to be a change in belief now — that you need to show growth in every student."

That means, instead of just focusing on the 50 percent of kids who are below average, teachers should be responsible for the half who are above average, too. "That's huge. It's hard to articulate how big of a sea change that is."

A previous version of this story incorrectly stated that Ron Turiello helped found Helios School. Turiello is a former board member at the school.