Accessibility links
$50,000 In Student Loans? You Probably Don't Think College Was Worth It : NPR Ed That's the conclusion of a new poll of 30,000 graduates of four-year colleges.

$50,000 In Student Loans? You Probably Don't Think College Was Worth It

$50,000 In Student Loans? You Probably Don't Think College Was Worth It 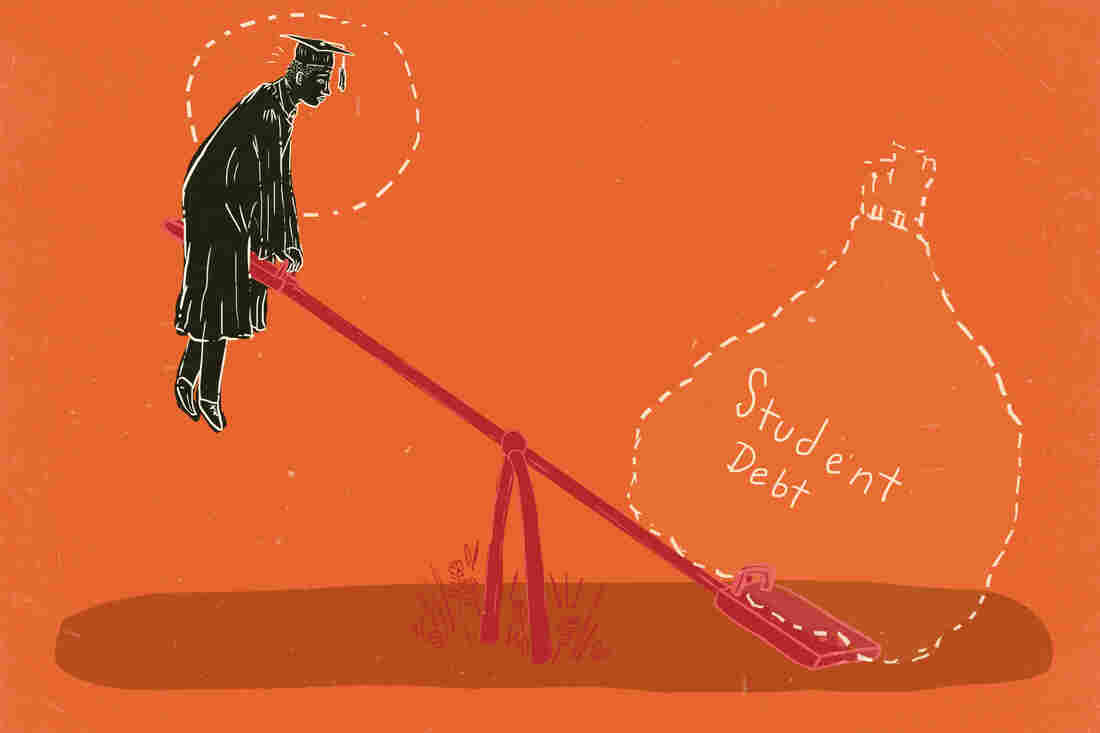 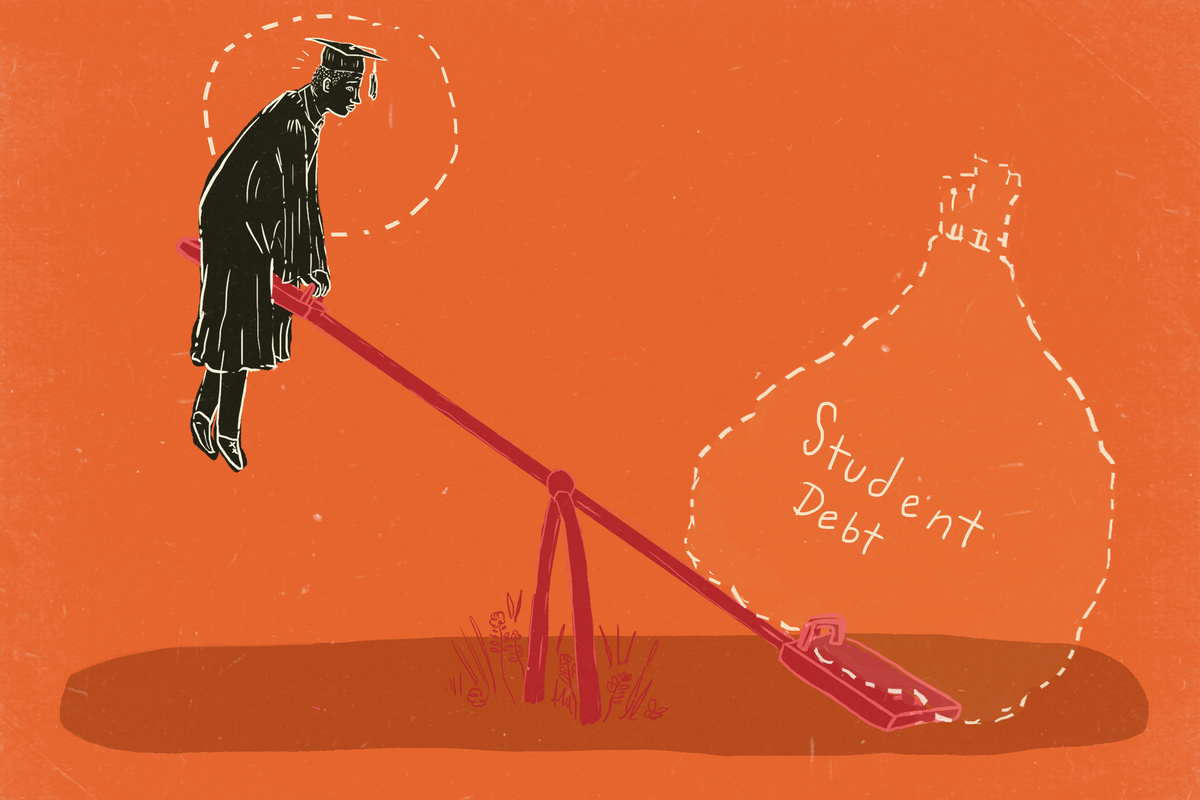 That was the statement of a Hunter College graduate with a master's degree, as quoted in the documentary Ivory Tower. And a new national poll suggests that thousands of graduates, especially younger graduates, agree with her.

For the second year in a row, the Gallup Organization, along with Purdue University, surveyed about 30,000 graduates of four-year colleges in the U.S. The survey asked about how their college experience influenced their happiness in life and at work, years or decades later.

The researchers say their broader goal is to develop a measure of college performance that focuses on what matters most to students.

Just as they did last year, the pollsters this year found that private and/or prestigious colleges had no advantage over public and open-access schools when it comes to turning out alumni who thrive.

The Quintessential College Experience, Without The Big Bills

Time Versus Debt: Why These Students Chose Community College

And, the poll again found a significant positive impact in later life for students who really threw themselves into their educations: who took part in experiential learning, internships, long-term projects, bonded closely with professors and engaged heavily in extracurriculars.

The Perks Of A Private College (Hint: It's Not The Cost)

This year, though, Gallup asked more pointed questions about whether college was worth the cost. Overall, half of all alumni "strongly agreed" that it was.

Among recent graduates who received their degrees in 2006 or later, the picture was darker. Only 38 percent "strongly agreed" that college was worth it.

And for those who took out big student loans?

Just 18 percent of recent grads with $50,000 or more in student loan debt "strongly agreed" that their education was worth what they paid for it. An equal percentage, 18 percent, "strongly disagreed."

Bear in mind, $50,000 is a lot of loans. About 15 percent of respondents in the survey borrowed that much — not insignificant, but a small minority. The pollsters also found that any borrowing at all dampened recent graduates' perceptions of their college experience.

It's also worth noting that perception is not necessarily reality. On average, this group of bachelor's degree recipients will see that $50,000 outlay ($60,000 to $90,000 with interest) repaid many times over, thanks to better earnings and lower unemployment compared with high school graduates.

So why the negative reviews? Maybe these newer grads are still feeling the impact of the recession on their early careers, maybe they've absorbed the gloom-and-doom media messages, or maybe they are too callow to appreciate the long-term benefits conferred by that degree.

But it can be hard to persuade someone who is struggling today to take a long-term view. And perceptions matter, says Brandon Busteed, who oversaw the poll for Gallup.

"This is the alumni themselves," he said. "And what we know is that less than 20 percent who took out $50K or more feel that it was worth it. That's a big eye opener. If we can't get over that, I fear we risk the tidal wave of higher ed demand crashing down on us."