Accessibility links
Federal Student Loans Expand To Cover Some Coding Boot Camps : NPR Ed The U.S. Department of Education has unveiled a pilot program to provide loans for some of these alternative higher-ed programs. 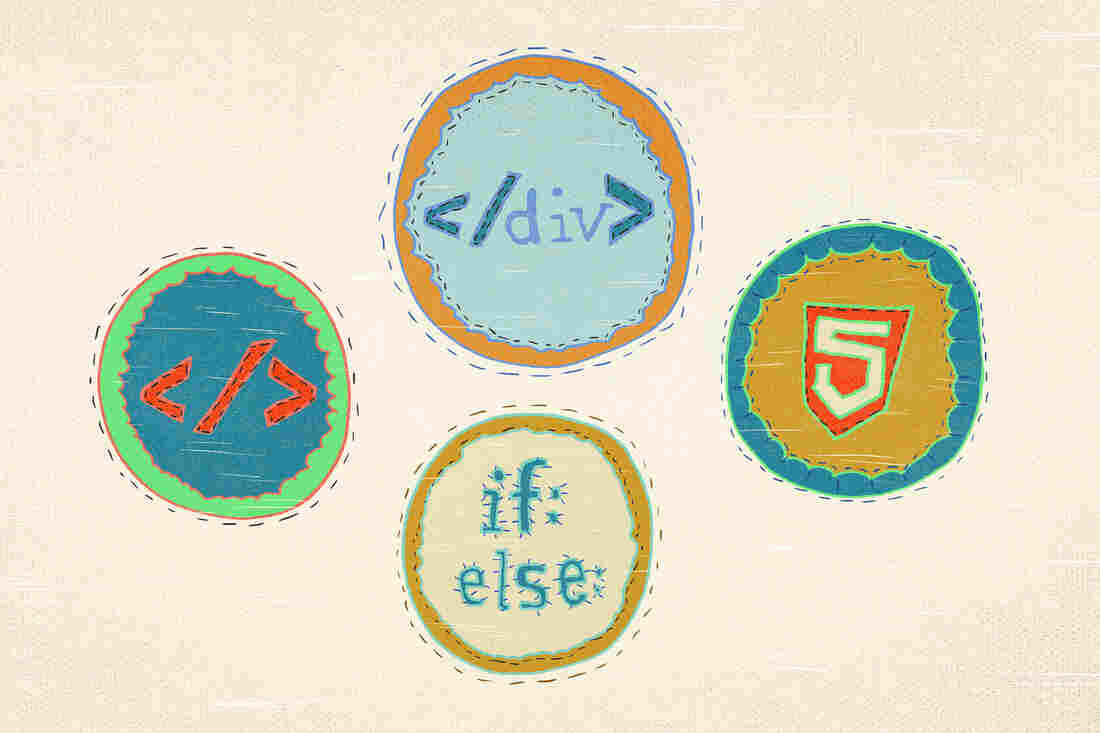 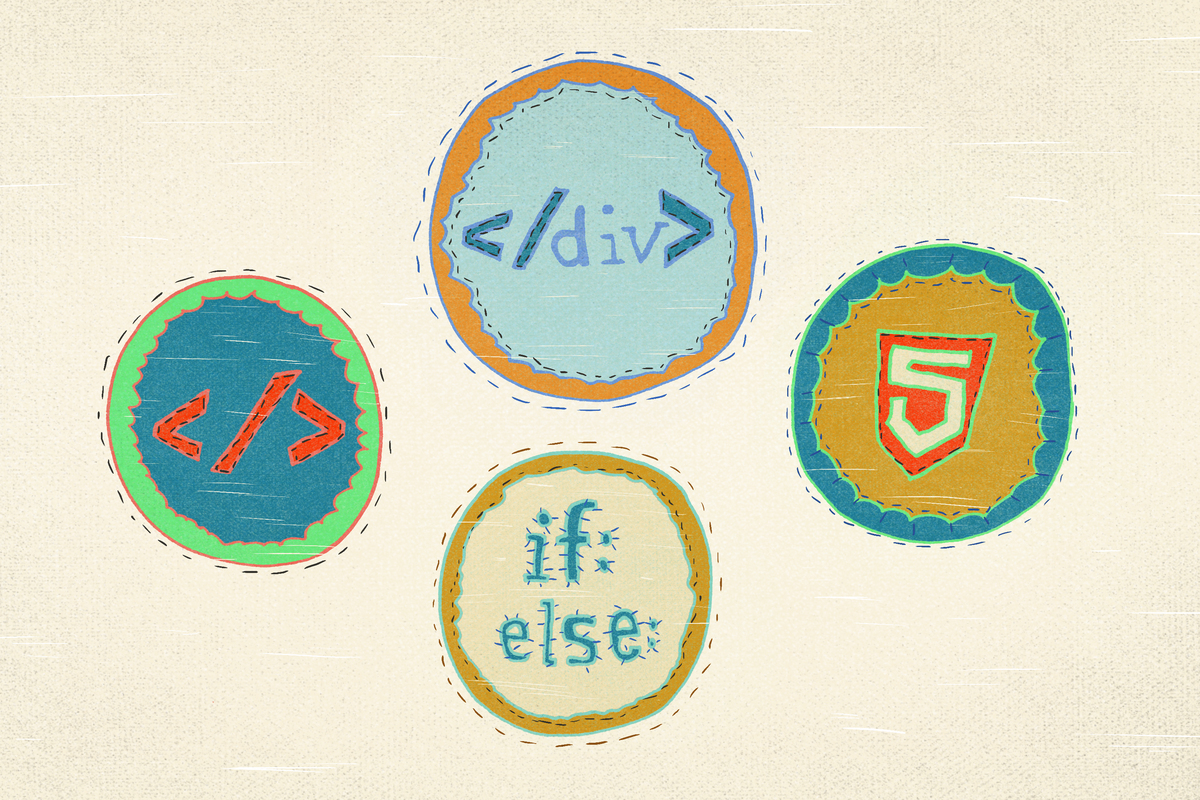 Updated at 4:45 p.m. ET with details about partnering with colleges

Starting soon, students will be able to use federal loans to pay for certain coding boot camps, the immersive web development courses that promise to make students into programming experts in just a few months.

The experimental program will allow traditional accredited colleges to partner with coding boot camps and other short-term certification programs. Because they're attached to colleges, the U.S. Department of Education will be able to evaluate their effectiveness. Colleges can begin applying today.

The price tag for coding boot camps can be as much as $20,000, but the allure of high paying tech jobs has attracted an estimated 16,000 students this year alone. Enrollment in these programs is soaring, but the hefty cost means camps have been popular mostly among those privileged enough to afford the risk.

Although the courses are unaccredited, the people behind them say the price is worth it. They say 90 percent or more of graduates are landing jobs. Now, traditional colleges will be able to select a coding partner and a third-party organization to monitor its effectiveness. The chosen coding camp will then be eligible for federally subsidized loans. While it's unclear how many coding camps will be involved at first, it's a step toward making them more accessible.

A New Credential For The Tech Industry

What does this all mean? For that, take a look back to the work our own Anya Kamenetz has done on this unconventional form of higher education in the past year. She looked into the "microcredentials" boot camps began offering last October as a way for students to prove their new skills and then took us into the life of a student enrolled in a camp in December. And last summer, she reported on an option for financing the fast-track programs: high-interest loans from private lenders. 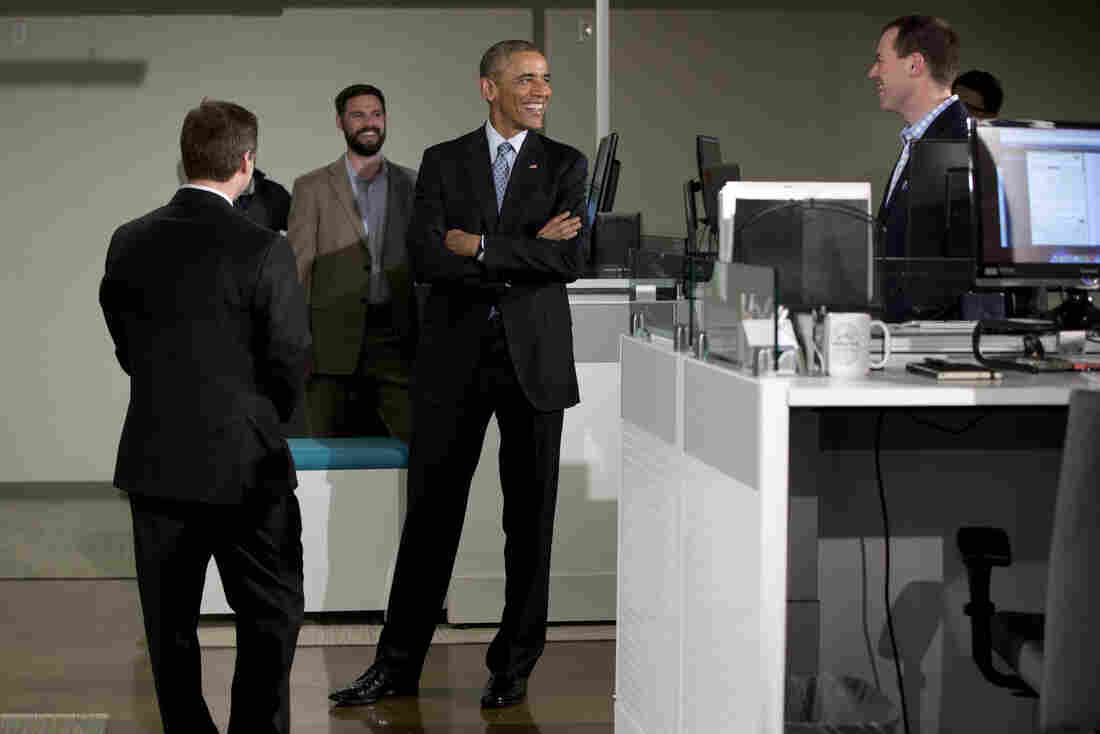 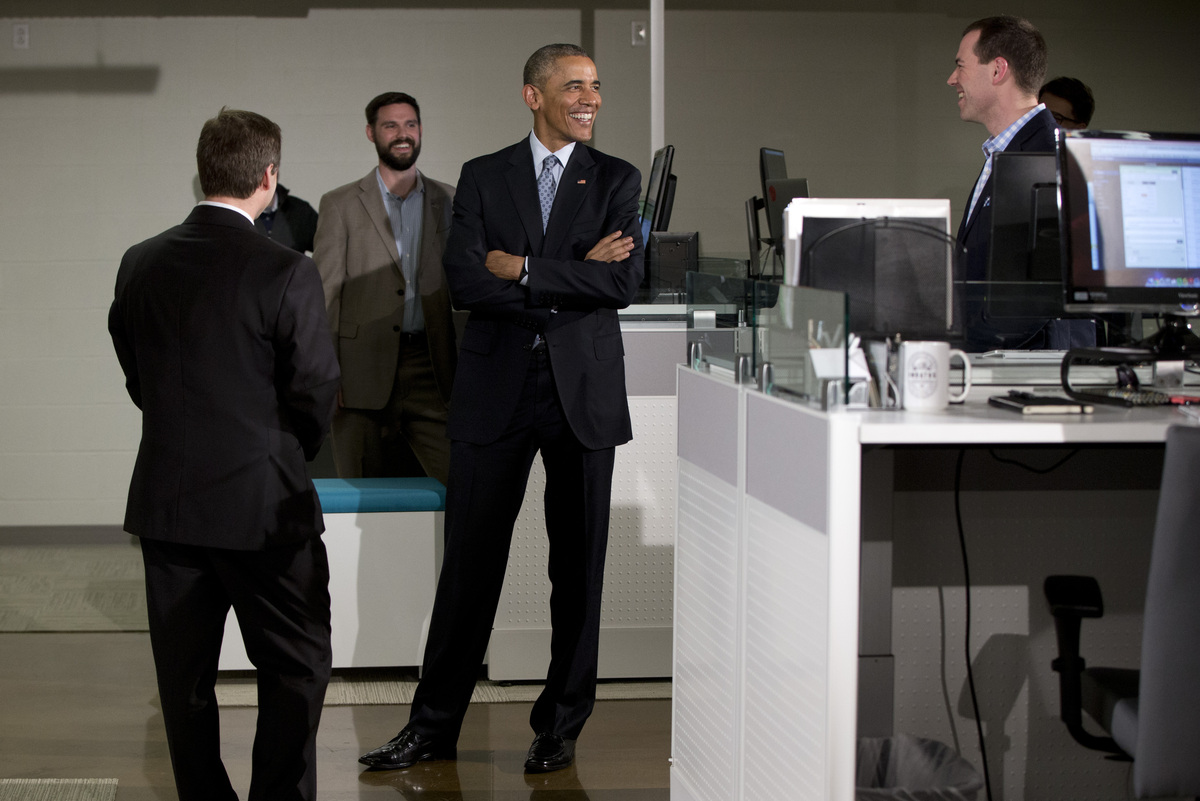 Whatever you call them, these new players in higher education are multiplying. The intensive programs say they can teach job-ready skills in technology, design and related fields. In record time.

In three or four months of really long days, students with little prior experience are getting up to speed in the latest programming languages with Hack Reactor, General Assembly or Dev Bootcamp. Typically, the cost is $10,000 to $20,000. 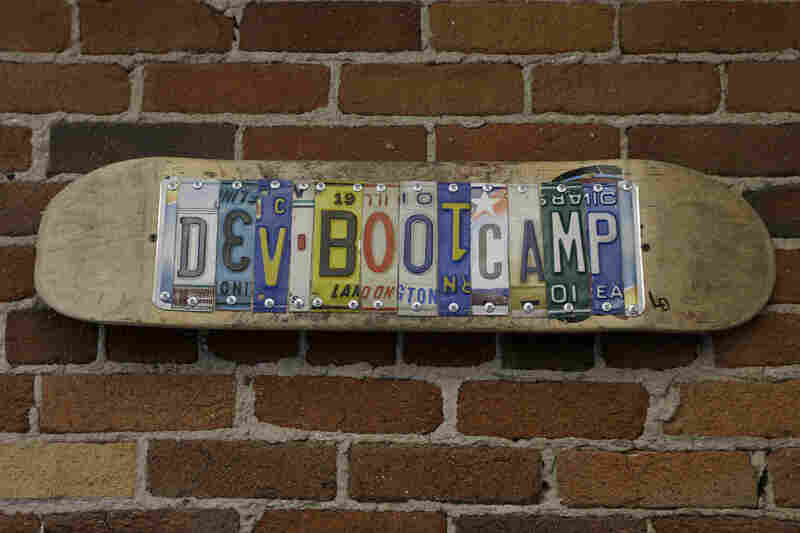 Schools like Dev Bootcamp promise to teach students how to write code in two or three months and help them get hired as Web developers, often within days or weeks of graduation. Jeff Chiu/AP hide caption 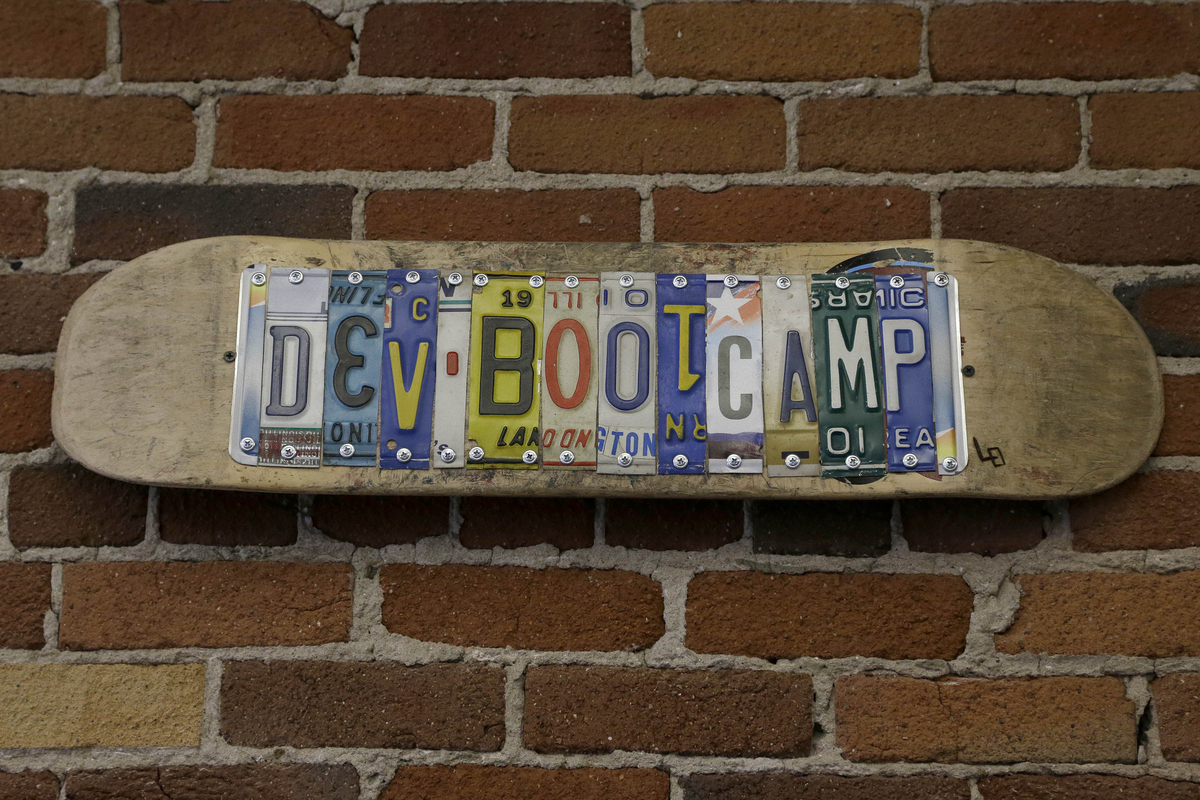 Schools like Dev Bootcamp promise to teach students how to write code in two or three months and help them get hired as Web developers, often within days or weeks of graduation.

The sector predicts 16,000 graduates this year, compared with 48,700 bachelor's degree recipients in computer science. Many go on to six-figure jobs in the software industry.

One fan of these programs is President Obama. In March, the White House announced the TechHire initiative to help communities recognize, and hire, boot camp graduates in order to close the famous "skills gap."

"There's a lot more we can do together to make sure that more Americans benefit from a 21st century economy," Obama said to the nation's mayors. "Folks can get the skills they need in newer, streamlined, faster training programs."

These programs are also notable for what they're not. They're not publicly funded. They're not traditionally accredited. That means they can't offer federally subsidized student loans or Pell Grants.

So what if you want to quit your dead-end job and move to the East Bay or Silicon Alley to crush code? You could tap your savings or put it on credit cards. That favors those with family or personal resources.

Perhaps as a result, enrollment in the boot camps is predominantly male, white, and people with some prior college experience.

As of the past year or so, another option has emerged. You can now finance your boot camp education through a startup student lender such as Skills Fund, Pave or Earnest. 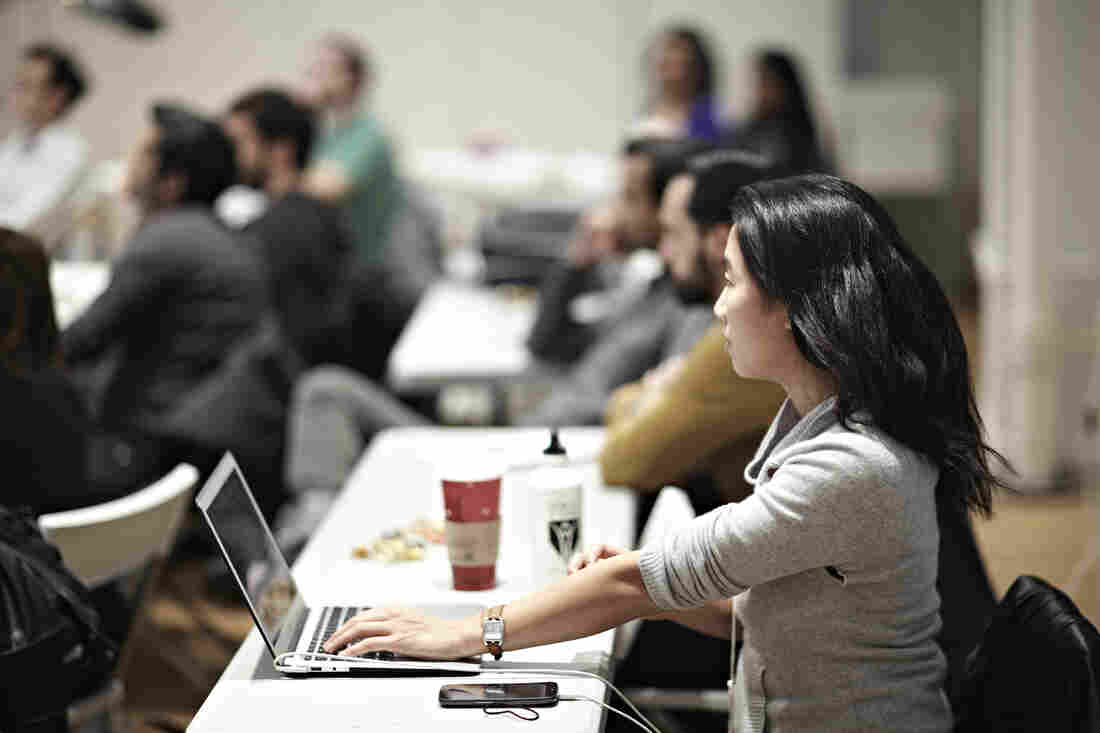 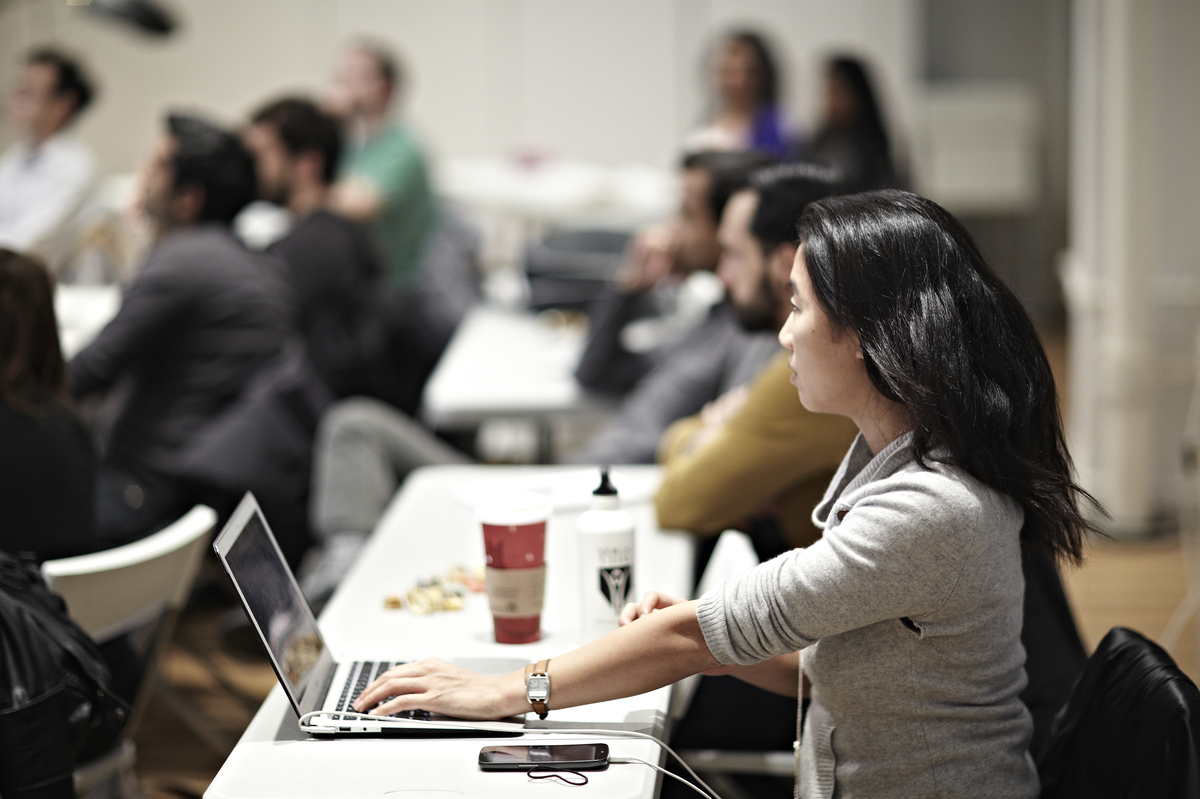 "Most of our programs have guaranteed financing," says Shawn Drost, a co-founder of Hack Reactor. "We ship the private lenders our sheets of graduates and defaulters and they end up charging like 10 percent interest, and students pay it back within in a year." He says about half his students take advantage of these private loans. General Assembly says it's 15 to 20 percent.

A new company, Affirm, has just this week entered the boot camp lending business. It says it will lend to riskier boot camp borrowers at annual interest rates up to 20 percent.

Yet another Silicon Valley lender, Upstart, offers one of the more controversial takes on student financing: what is called a human capital contract. Students at a data science boot camp program called Metis can apply for funds in exchange for a percentage of their future income.

All this educational and financial innovation is coming at an interesting moment. The for-profit college sector as a whole has been facing government crackdowns, lawsuits and declining enrollment.

One of the biggest recurring accusations made against companies like Corinthian Colleges has been of predatory lending — that they pushed students to borrow private loans, often directly from the college itself, and that students had little hope of repaying the money either because the graduation rate or the market value of the degree was so low.

At the same time, for-profit colleges have been heavily dependent on federal student aid, so much so that the government created the 90-10 rule, specifying that at least 10 percent of their revenue had to come from some other source besides student loans and Pell Grants.

The perception right now is that the boot camps are providing a much better deal for students than the typical for-profit program. Both the educators, like Drost, and the lenders, like Selby, like to use the financial term ROI — return on investment.

The accelerated programs report graduation and job placement rates above 90 percent. Of course, these are no more independently verified than similar numbers reported over the past decade by for-profit colleges and technical schools.

And here's where it really gets interesting. The old players are starting to move into the new market. In 2014, Kaplan Inc., the owners of Kaplan University, purchased Dev Bootcamp and co-founded Metis. And just this month, the Apollo Group, which operates the University of Phoenix, has invested in a boot camp program called the Iron Yard, based in South Carolina.

Perhaps coincidentally, just as these legacy companies move into the boot camp world, the Department of Education has signaled its willingness to make traditional student aid available to short-term programs.

The most likely way this could happen, according to The Chronicle of Higher Education and several sources, would be through partnerships with accredited colleges. The Department of Education is holding a meeting this month with some industry players.

In the meantime, some boot camp founders are sounding a note of caution. While they like the idea of broadening access, they're nervous about the details.

"We're really proud of the fact that this industry we've helped build is getting this attention and focus," says Jake Schwartz, the co-founder of General Assembly. "We just want to make sure that we're very careful in how we roll out this process of getting the government involved."

Citing some of the persistent problems in for-profit colleges that are dependent on subsidies, he adds: "This industry is still nascent and I don't want it to become a gold rush land grab for government money. That's the worst that could happen."