Accessibility links
Built A Century Ago, 'Rosenwald Schools' May Still Have Lessons To Teach : NPR Ed Julius Rosenwald built nearly 5,000 schools for black children across the south. That was a century ago. But some economists thinks those schools may hold important lessons for today. 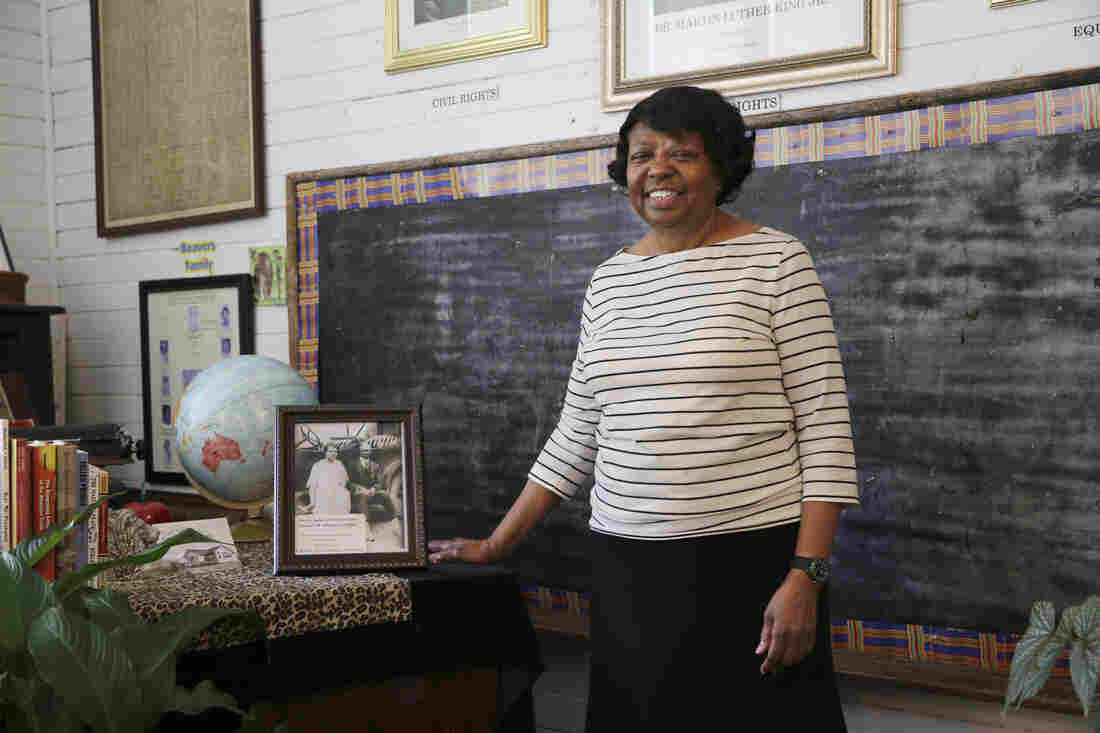 Marian Coleman attended Noble Hill school in Cassville, Ga., in the 1950s. It's one of more than 5,000 "Rosenwald schools" built for African-Americans in the early 20th century. The school is now a cultural center and Coleman is the curator. Gabrielle Emanuel/NPR hide caption 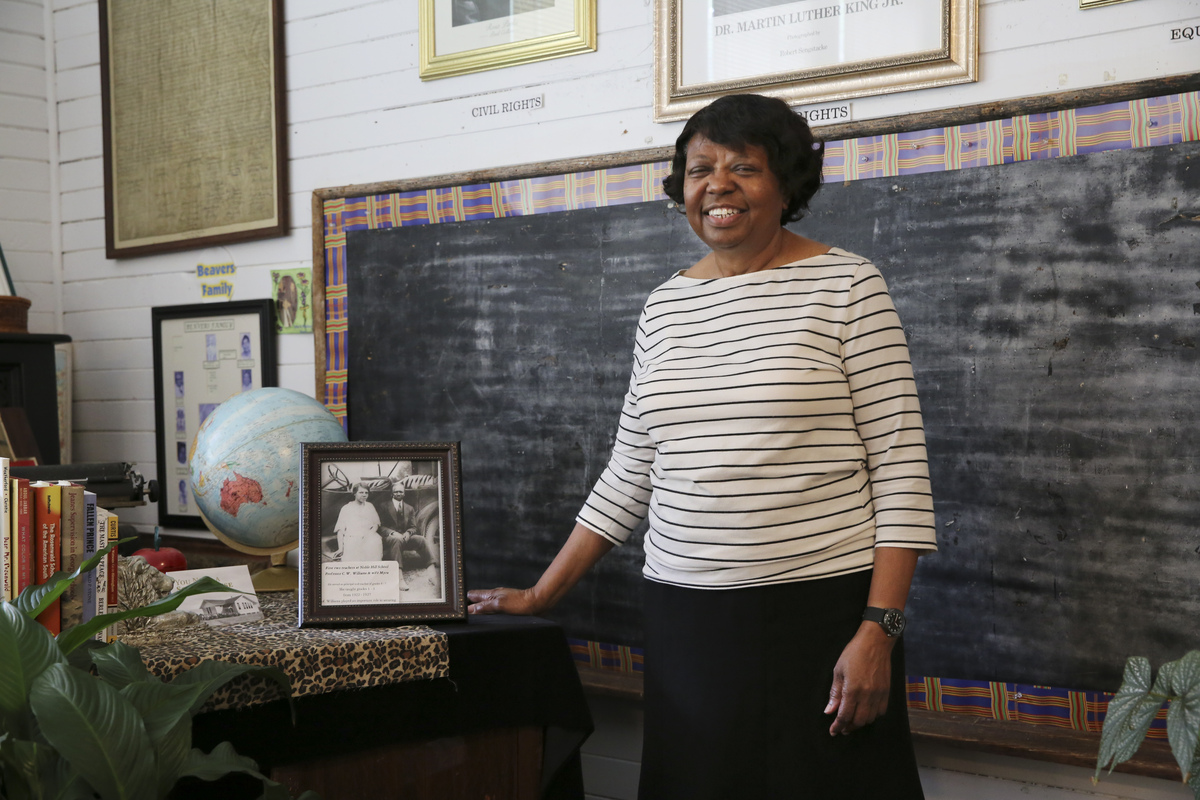 Marian Coleman attended Noble Hill school in Cassville, Ga., in the 1950s. It's one of more than 5,000 "Rosenwald schools" built for African-Americans in the early 20th century. The school is now a cultural center and Coleman is the curator.

Just off the Old Dixie Highway in Northwest Georgia, a white building stands proudly on a hilltop.

"To me, it looks like a church," says Marian Coleman, who has taken care of this building for some 20 years. She stands out front, looking up at the gleaming paint, the big windows and the pointed roof.

It never was a church. Instead, it was a two-room schoolhouse.

This school was part of a massive school-building initiative that swept the South a century ago. Over the course of two decades, nearly 5,000 schools were built — schools for rural black children. These were public schools, but there was one man who bankrolled them: a Chicagoan named Julius Rosenwald.

His name has largely been lost to history and so have the schools he built. But some economists think they hold important lessons for the world of today.

Coleman's great grandfather built the Noble Hill School in 1923. She says it became something of a sanctuary for black Americans in Cassville, Ga., about an hour's drive outside Atlanta.

"When this school was built, there was a lot of pride, especially in the community," says Coleman. "It was a new building, it wasn't an old building."

At that time, the South was deeply segregated and there weren't many quality schools for black children. Julius Rosenwald, part-owner of Sears, Roebuck & Co., formed a partnership with Booker T. Washington, of the Tuskegee Institute, to change this reality. 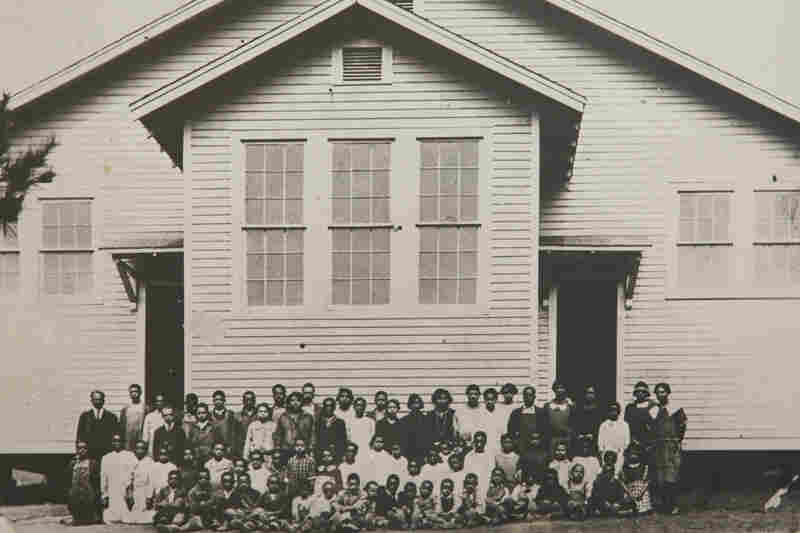 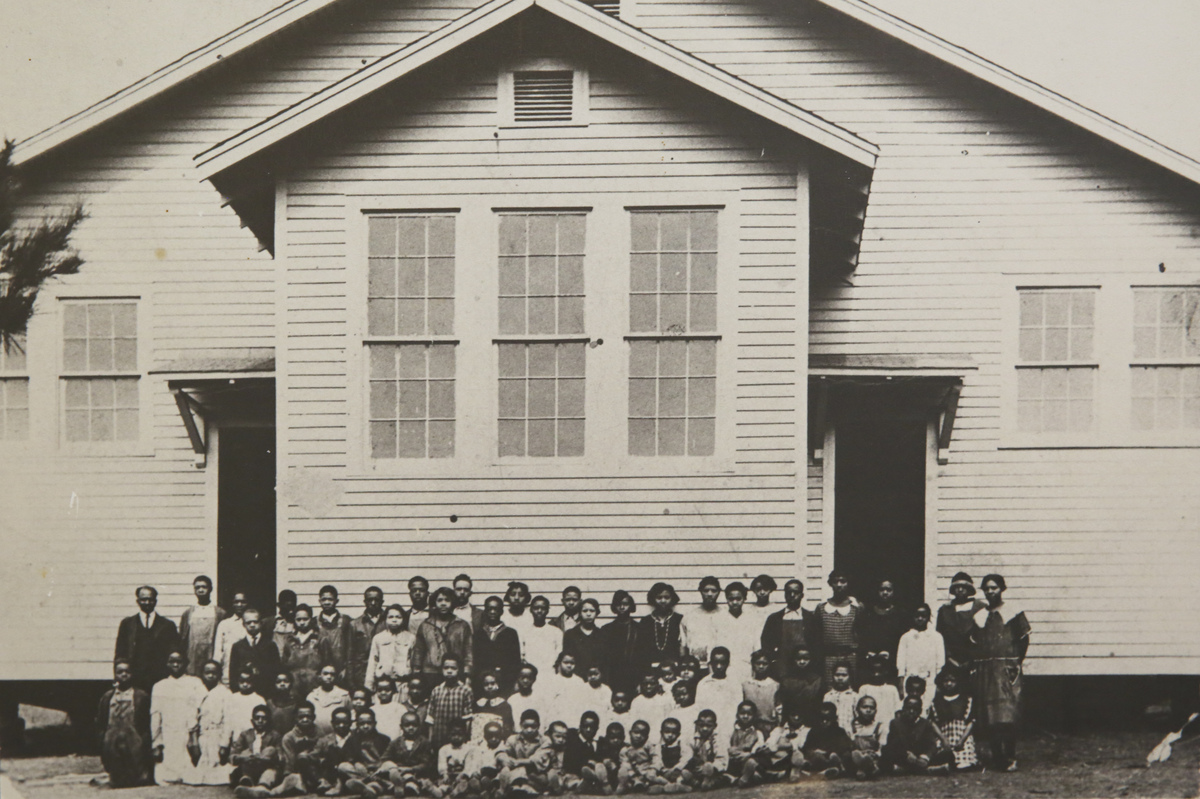 Students and teachers at the Noble Hill School in Cassville, Ga., in 1925.

These so-called Rosenwald Schools had the best architectural designs of the time, with big windows to maximize sunlight — there was no electricity — good sanitation and good ventilation.

When Coleman was a schoolgirl here in the 1950s, there was a stove in the corner of her classroom. She vividly remembers those chilly, childhood winters.

"This is the chimney where we had the potbelly stove," Coleman says, touching the worn bricks in the far corner of the classroom. "We all came in cold in the morning, so we'd hug the heater. Warm the front part. Warm the back part. Then, we'd go sit down."

First- through third-graders sat in one classroom. Fourth- through seventh-graders were next door. Your desk location was code for your grade level.

Her whole family sat in these chairs. Her mom and dad and all sorts of aunts and uncles went to school here. They'd go to class and then go pick cotton.

But Coleman says Noble Hill School is not just about her family — it's bigger than that.

Not Just A Relic Of The Past

Economists at the Federal Reserve Bank of Chicago say it's more than history. The Rosenwald Schools are relevant today.

"I think it's really important to emphasize that at the turn of the 20th century the deep rural South looked a lot like developing countries today, for blacks," says Dan Aaronson, an economist at the Chicago Fed.

For one thing, he says, there was poor education. "There was about a three-year gap between blacks and whites in years of completed schooling."

For example, he says, look at children born in 1900: Whites, on average, completed the 8th grade, while Blacks only got to the 5th grade.

"You went from a three-year gap to less than a one-year gap basically between the world wars," Aaronson says. It's a huge change.

Aaronson was curious about how progress could be made that quickly. So he got to work, matching up data from where the schools were built with other big datasets, including census data, Medicare data, social security data and World War II enlistment data.

"First and foremost, they got more education," says Aaronson. But that's only the beginning. Students who went to Rosenwald schools had higher IQ scores than kids who didn't. They made more money later in life. They were more likely to travel to the North as part of the Great Migration. They lived a little bit longer. The women delayed marriage and had fewer kids. And crime rates in the area of the schools went down.

For Julius Rosenwald, this was a philanthropic home run a century ago.

For Dan Aaronson, it may still be relevant. He thinks these old schools may have lessons left to teach.