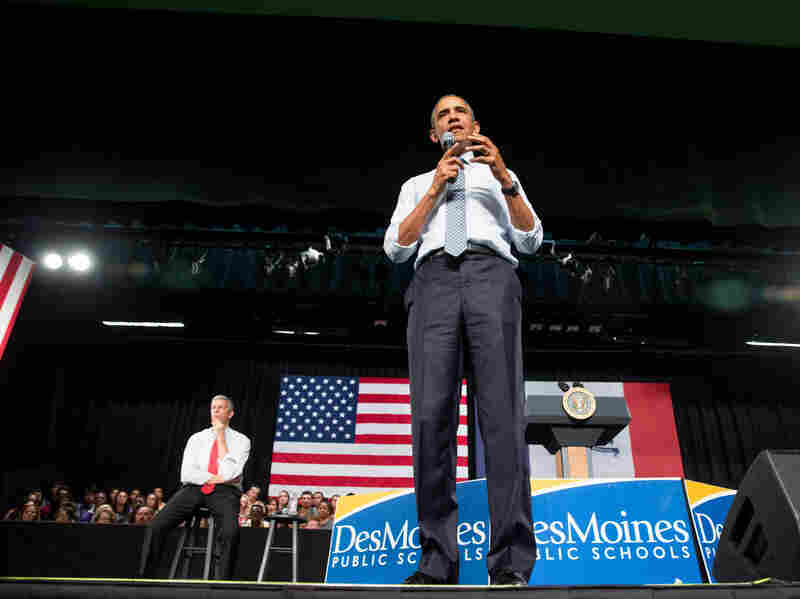 President Barack Obama and Secretary of Education Arne Duncan (left), at North High School in Des Moines this month. The White House and the Department of Education are calling on states to cut the "burden" of unnecessary testing. Andrew Harnik/AP hide caption 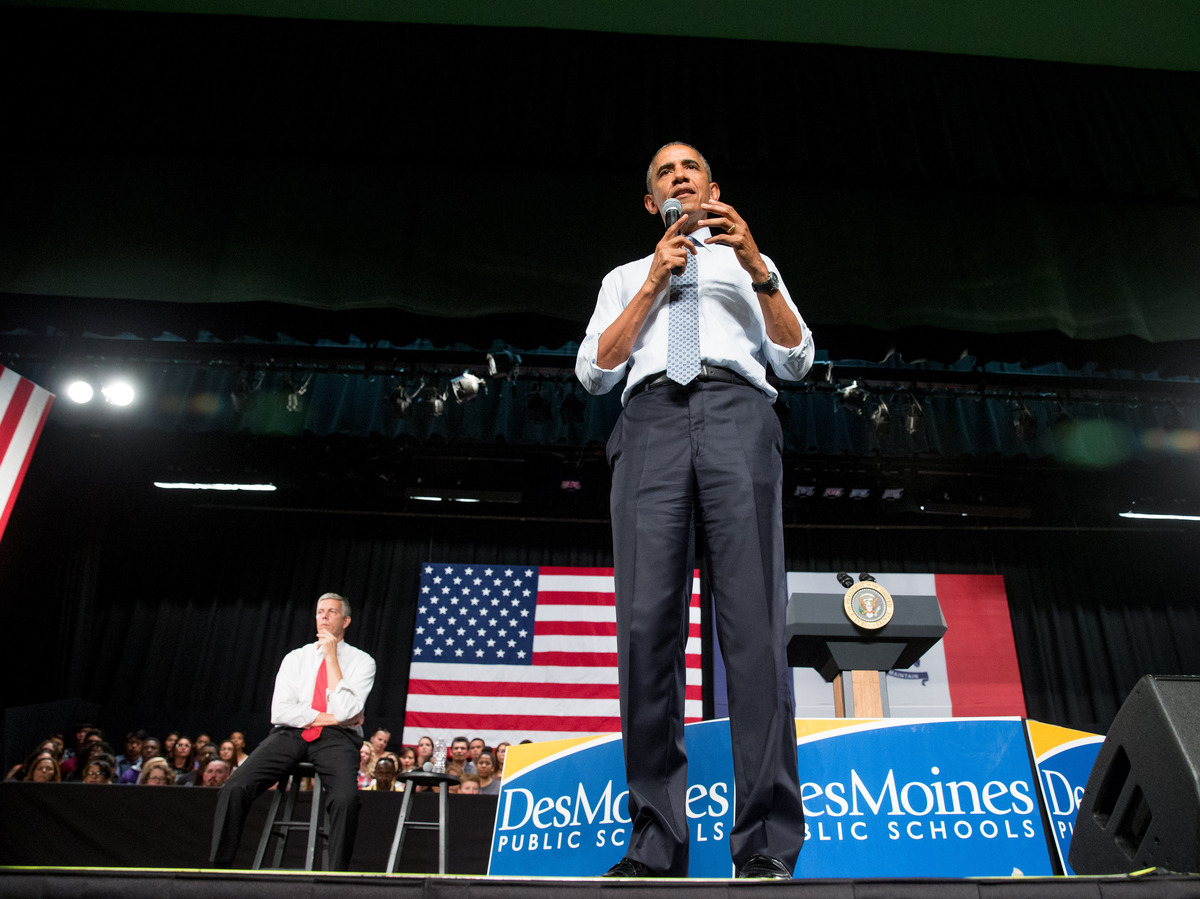 President Barack Obama and Secretary of Education Arne Duncan (left), at North High School in Des Moines this month. The White House and the Department of Education are calling on states to cut the "burden" of unnecessary testing.

Today, President Obama and the Department of Education released a Testing Action Plan, calling on states to cut back on "unnecessary testing" that consumes "too much instructional time" and creates "undue stress for educators and students."

In a video posted on Facebook, President Obama added, "I hear from parents who rightly worry about too much testing, and from teachers who feel so much pressure to teach to a test that it takes the joy out of teaching and learning both for them and for the students. I want to fix that."

The administration used the moment to acknowledge its own role in the proliferation of burdensome standardized tests. In fact, the Education Department's plan uses the word "burden" eight times and says, "we have not provided clear enough assistance for how to thoughtfully approach testing and assessment."

The federal government's power to reduce or cap testing is limited, however, and the President has made clear he has no intention of scaling back the current federal requirement that all students, from grades 3 through 8, be tested annually in math and reading and that students between grades 10 and 12 be tested at least once. Indeed, Congress seems to agree with Obama on the importance of these once-a-year tests. Both House and Senate draft updates to the main federal education law preserve the testing mandate.

Those federally-required tests make up a small share of the tests U.S. students take each year. A just-released survey by the Council of Great City Schools found that also contributing to the "burden of testing" is a laundry list of formative, benchmark, diagnostic, and practice tests required at the state and district level. According to the survey, the average student will take 112 standardized tests between preschool and high school graduation, spending as much as 25 hours a year testing.

Here are a few more headlines from the administration's Testing Action Plan:

Two Percent Cap: The administration recommends capping at 2 percent the amount of classroom time students spend taking required, statewide standardized tests. It also suggests schools be required to send parents written notice if students exceed this cap and to post an action plan "to describe the steps the state will take to review and eliminate unnecessary assessments."

Flexibility on Teacher Evaluations: Federal rules requiring the use of test scores in teacher evaluations have angered teacher unions. This helped swell the ranks of the "opt-out" movement in New York State and elsewhere. The administration pledges more flexibility to states in designing teacher evaluation systems that include other measures of student progress, especially in the case of, for example, an art teacher being evaluated using student English scores.

Multiple Measures: The administration also promises technical support and, in some cases, money to states that want to expand the use of portfolios, projects, technology-supported assessments, competency-based assessments, student surveys, measures of school climate and discipline and other indicators besides standardized tests to determine how well students are learning and schools are functioning. The plan also calls on Congress to fund states that want to "audit" their testing and cut back on redundant or low-quality tests.