Accessibility links
Will STEM Education Be The Child Left Behind? : NPR Ed President Obama talks a lot about the importance of STEM, but advocates worry Congress will set back science education with its rewrite of the federal No Child Left Behind law. 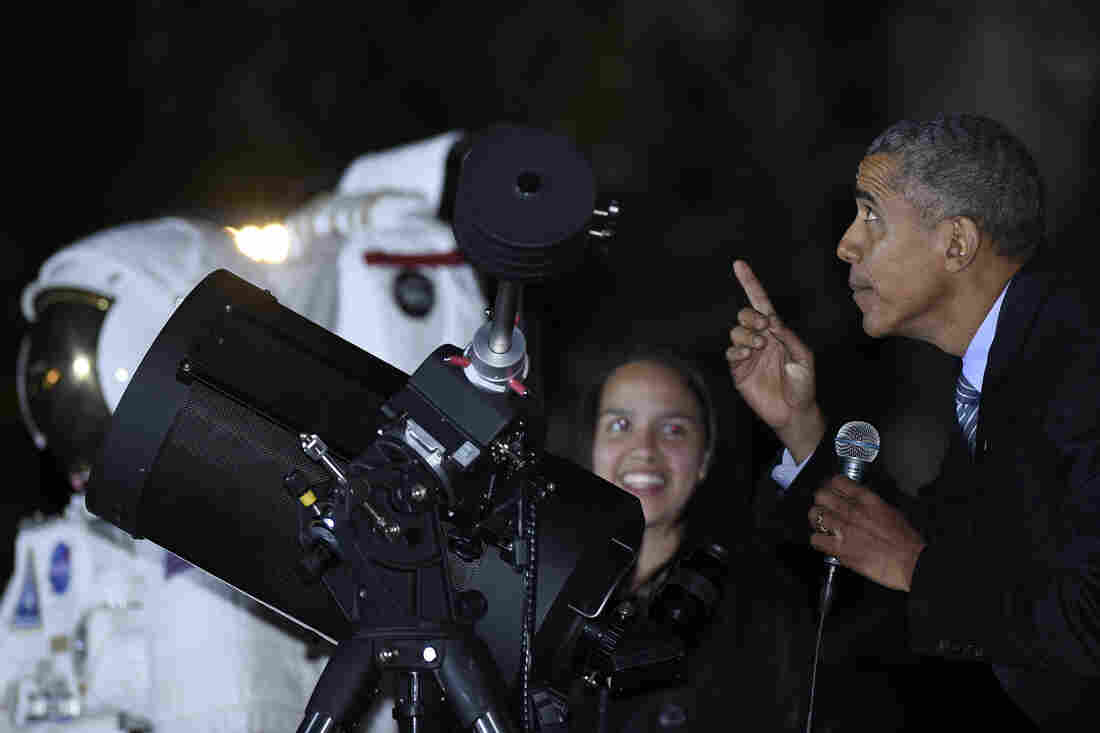 President Obama checks out the moon as he talks with Agatha Sofia Alvarez-Bareiro, a high school senior from Brooklyn, N.Y. The occasion was the second-ever White House Astronomy Night. Susan Walsh/AP hide caption 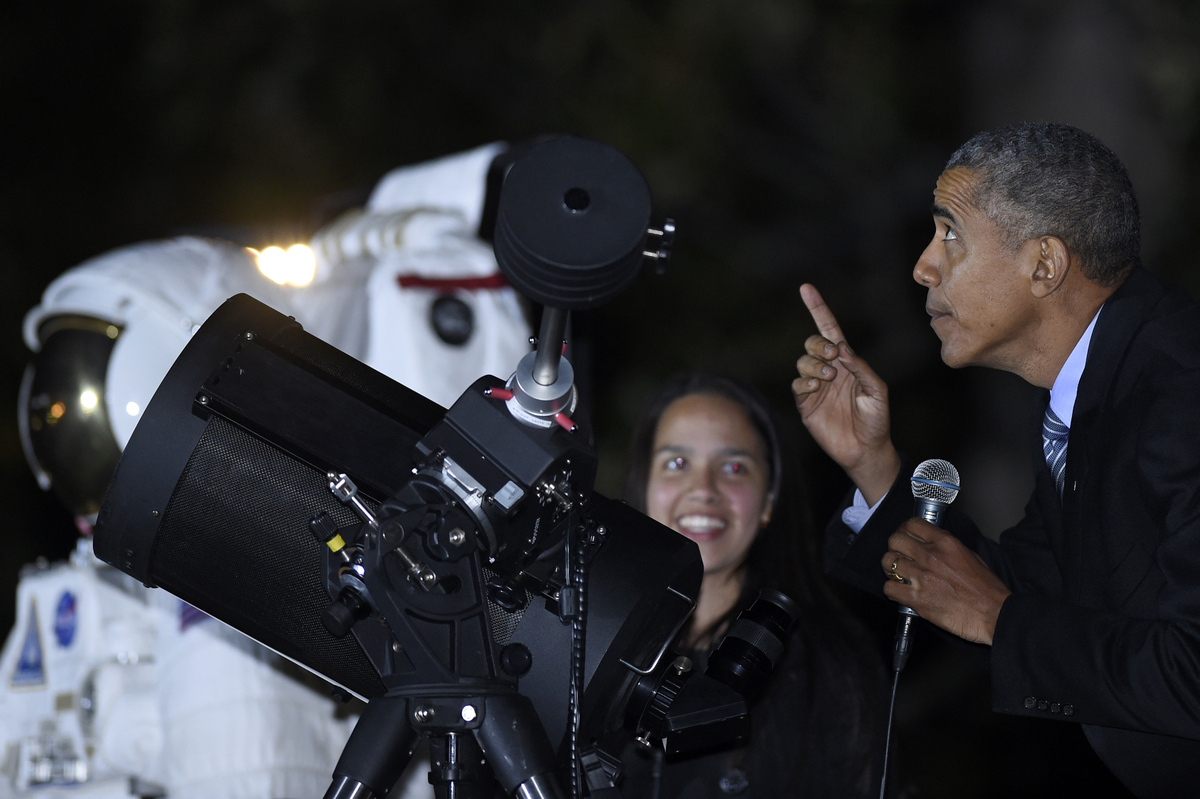 President Obama checks out the moon as he talks with Agatha Sofia Alvarez-Bareiro, a high school senior from Brooklyn, N.Y. The occasion was the second-ever White House Astronomy Night.

Leaders in business, education and politics love to talk up how important Science, Technology, Engineering and Math (STEM) education is for America's future.

Innovations! Jobs! Progress! are all at stake, they often argue.

"Some of you might be on your way to Mars," the president told the crowd of future astronauts and scientists. "America can do anything! We just gotta keep on encouraging every new generation to explore and invent and create and discover. We got to keep encouraging some young kid in Brooklyn or a budding rocket scientist in Alabama or that young girl who's dreaming to become an astronaut."

Yet some in Congress either aren't hearing that message or disagree. Exhibit A: the giant, federal education law, No Child Left Behind, that Congress is currently struggling to update. The rewrite that the U.S. House recently passed eliminates the largest source of federal science education funding.

"The House bill would eliminate any specific focus on STEM education as a priority," says James Brown, the executive director of the STEM Education Coalition, a nonpartisan alliance of some 600 professional, business and education organizations that want to make STEM a national priority. "There's an existing program called the math and science partnership. The house bill would eliminate that. That would be a terrible blow to STEM education," Brown says.

The U.S. Senate's version is a different story. It expands the range of federal funds for science education, bolsters after-school STEM programs and creates a science education master teacher corps to reward excellent teachers, among other provisions.

But, with hard-line House Republicans in full revolt, it's possible the Senate's STEM provisions would disappear in the inevitable legislative horse-trading. 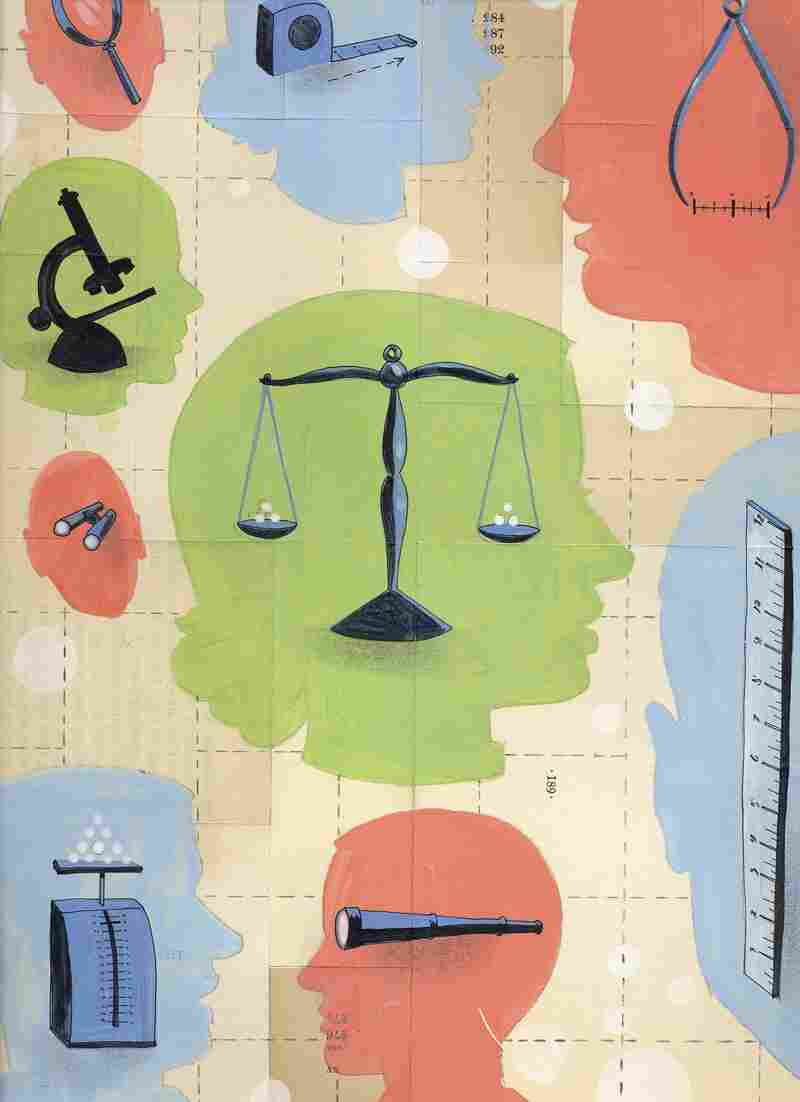 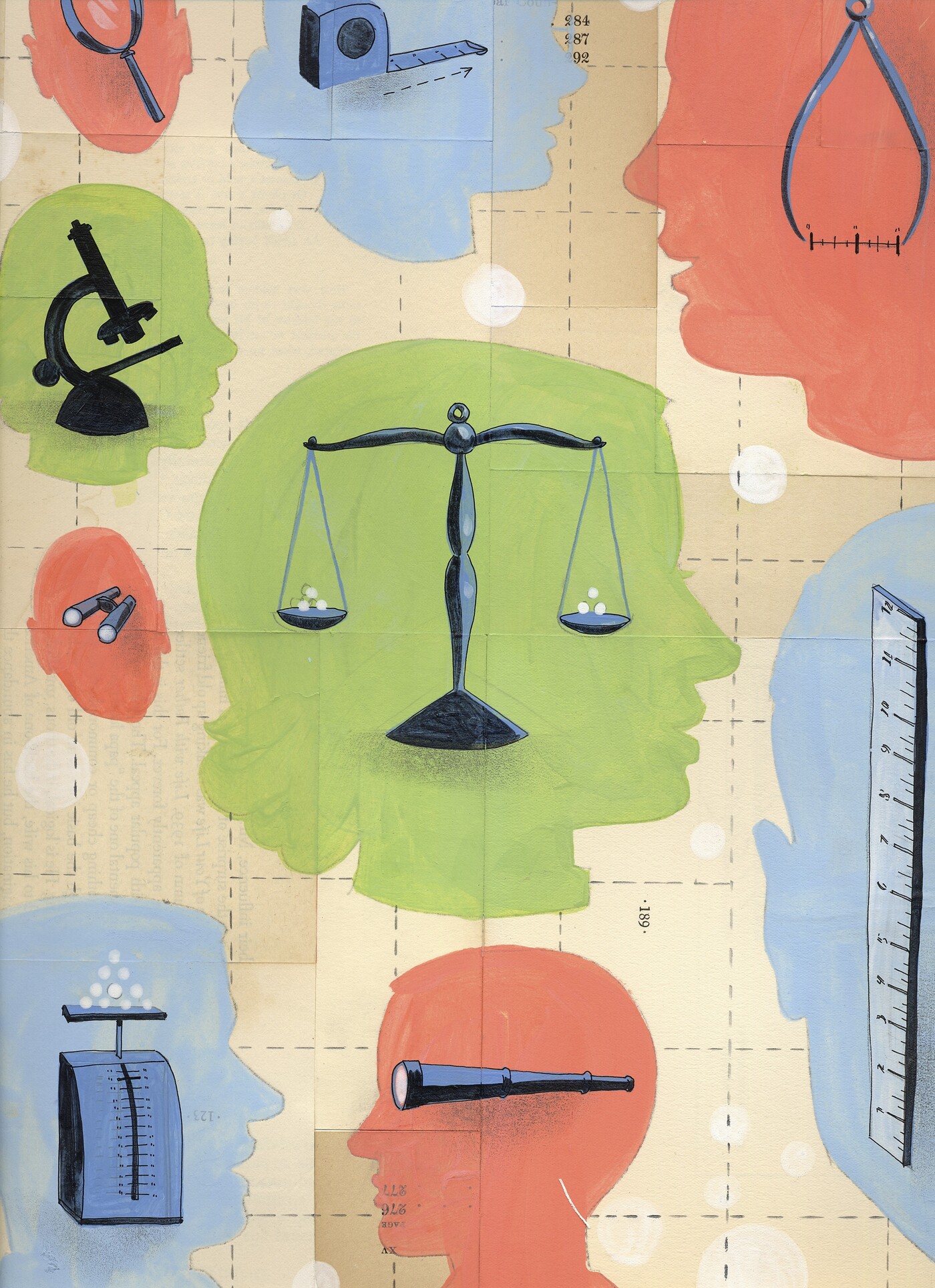 "People like to talk, but the actions don't measure up to words," says City College of New York physics professor Michael Lubell. He's also a fellow at the American Physical Society, which has long sounded the alarm on the need to bolster physics, science and math education. "STEM today is the child left behind. And it's being left behind at the juvenile level," Lubell says.

Lawmakers on both sides of the aisle talk about STEM as being critically important. "But the number of champions in Congress for STEM ed has actually gone down" in recent years, Brown says.

Lubell would like the federal government to prioritize STEM in the same way, say, the National Institutes of Health prioritizes finding ways to diagnose, prevent and cure human diseases. If not, he argues, the more than 20 percent of American children who live in poverty will continue to see the STEM education achievement gap widen.

"Certainly they don't have access to the same kinds of facilities, the same quality teaching, the same science curriculum that other children have. We're essentially writing off almost a third of our population," he says.

American companies regularly voice concern about the under-supply of qualified STEM workers. Growth in STEM jobs was three times as fast as growth in non-STEM jobs over the past decade, according to federal numbers. And STEM-related employment is projected to grow 17 percent between 2008 and 2018, far faster than projected overall employment growth.

A combination of budget cuts and policy decisions has left many local, state and federal bodies short on funds to robustly back science education. To help fill the gaps, a national patchwork of corporations, nonprofits, foundations and volunteers has stepped in to help.

Volunteer and corporate-backed STEM networks "can help schools bridge those gaps and make those connections," says Bruce Simon, associate director of the Gateways East Bay STEM Network, which helps schools bolster their science programs. "Where there is overlap, we can get that excess capacity to places that really need it," he says.

And in some districts, there are big gaps to fill. Just 45 percent of U.S. high school graduates in 2011 were ready for college work in math, and 30 percent were prepared in science, according to the advocacy group Change The Equation.

Far from Capitol Hill on a recent afternoon in Berkeley, Calif., a few dozen kids swarm in from the playground for some hands-on experiments on pressure.

The after-school STEM program at Rosa Parks Elementary School is taught by student volunteers from the nearby University of California, Berkeley.

"Can I have someone raise their hand and tell me what they see that's changed," asks Lynn Bajorek, a Cal senior and a volunteer with the group Berkeley Engineers And Mentors or BEAM. The cognitive neuroscience major has a midterm exam to study for, but she makes time to volunteer every week in local, project-based after-school STEM programs like this one.

In one of several elementary-friendly experiments, a hard-boiled egg is stuck in the opening of a glass milk bottle. Newspaper and matches are called in to ignite a controlled blaze inside. Soon, the newspaper burns off, and the kids yell with excitement as the egg is sucked into the bottle.

"Raise your hand if you know what a hypothesis is?" Bajorek asks, beginning a spirited conversation about what could have caused the egg to drop.

Rosa Parks Elementary already has a solid science program. But several of the other schools Bajorek and her team visit don't.

"Time for science — especially experimental, fun science demos — is completely cut out," Bajorek says. "So we want to kind of bring that back for kids. Or, for kids who don't want to just memorize definitions, it's much more engaging — a fun way to explore science."

"Shall we try it again? Who wants to see it again?" she asks the kids.

Their response is a loud, enthusiastic "Yes!"